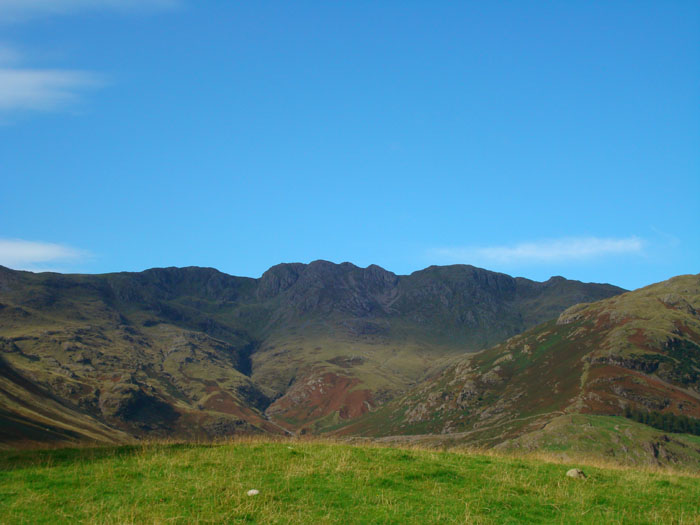 Crinkle Crags from the path up to the hause - who would think they would be covered in mist by the afternoon! 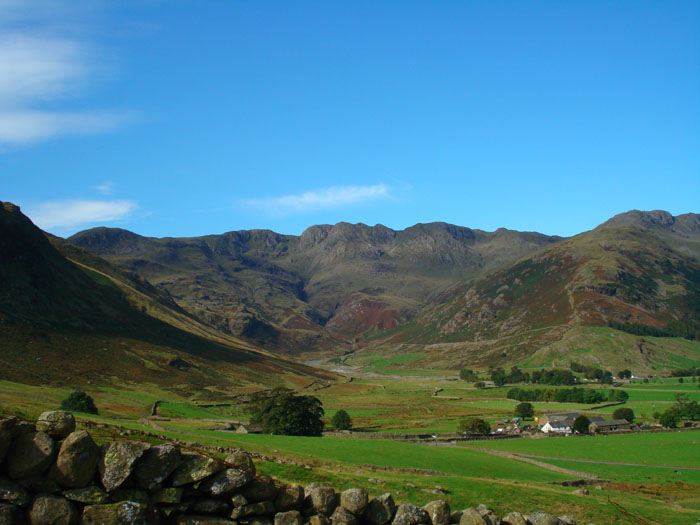 Crinkle Crags, Oxendale and The Band 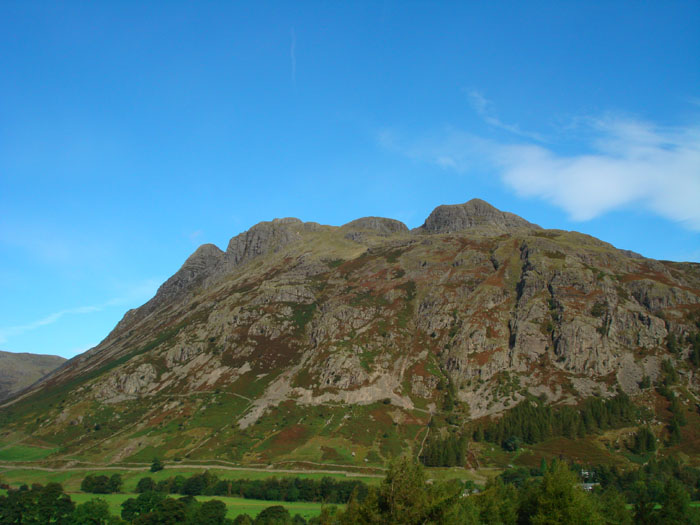 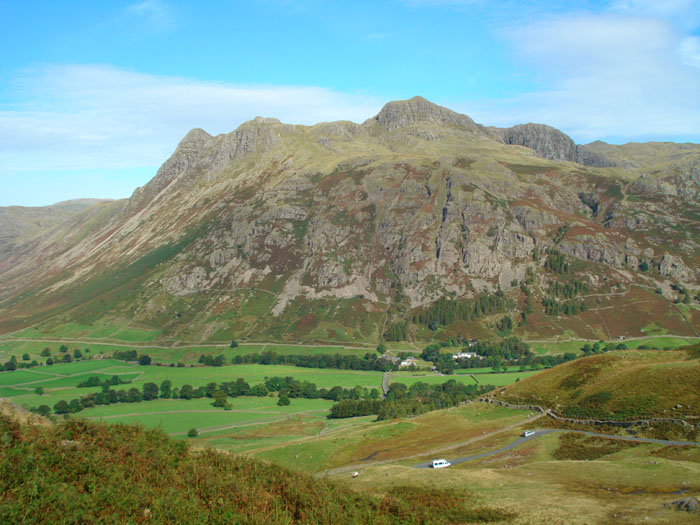 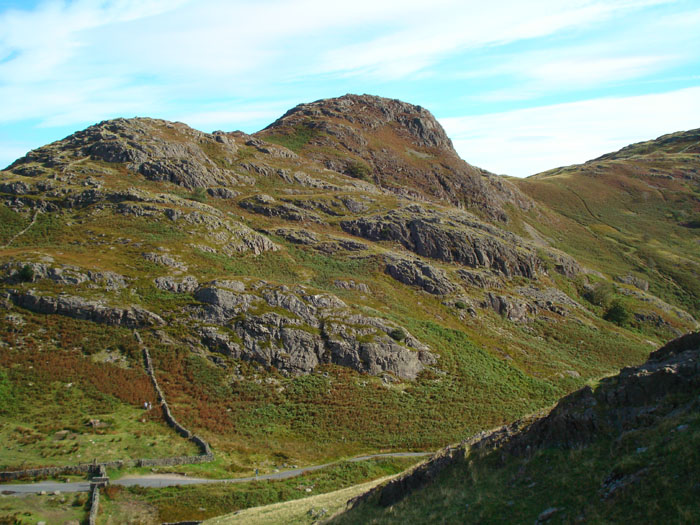 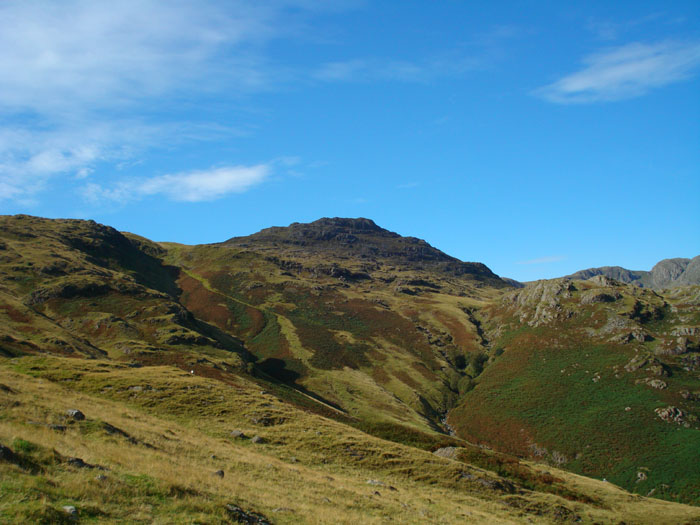 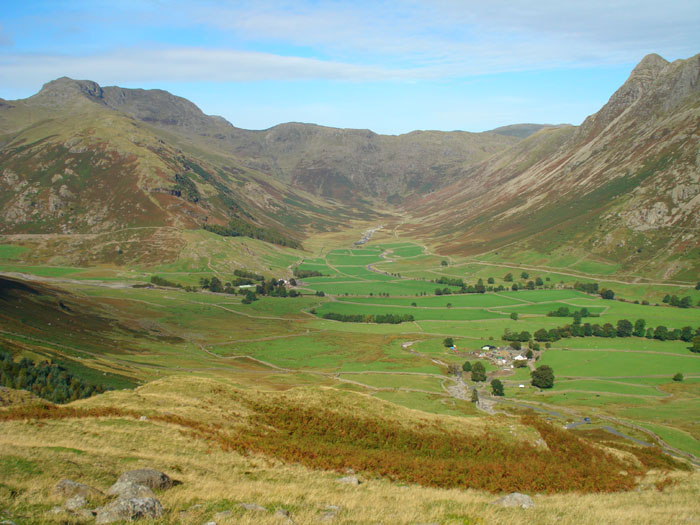 The Band on the left, Rossett Gill just left of centre and Mickleden valley in the centre 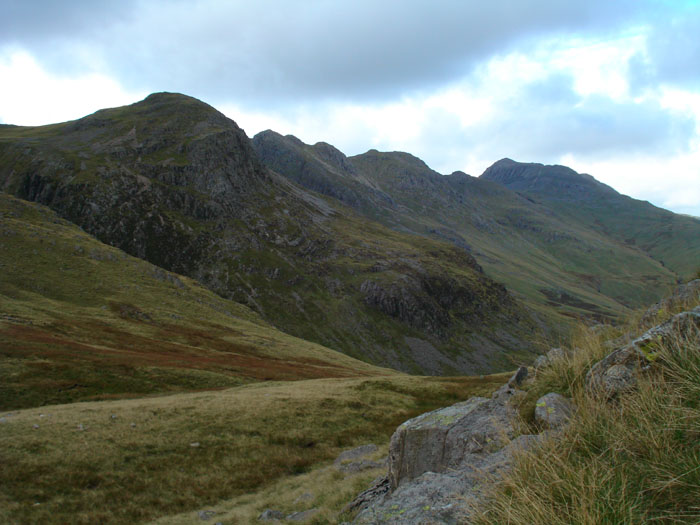 Cold Pike, Crinkle Crags and Bow Fell - they look quite close together from this angle 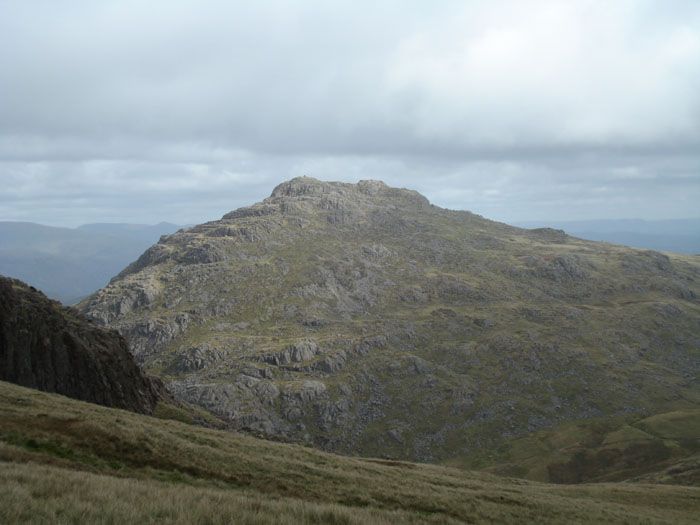 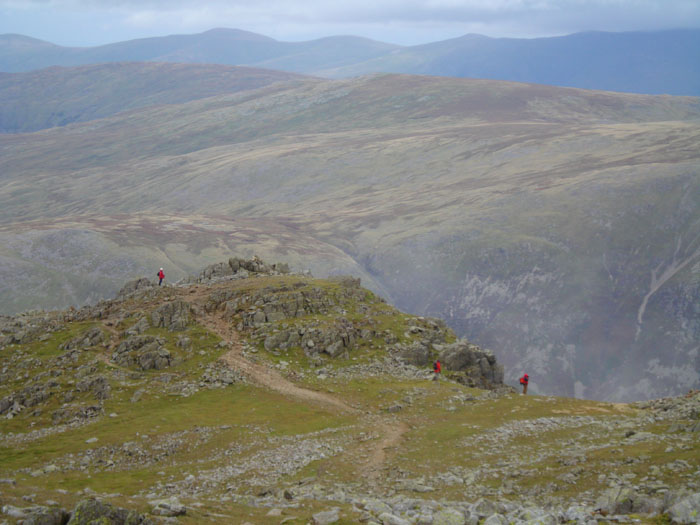 It's like a roller-coaster up here - but not a smooth ride! 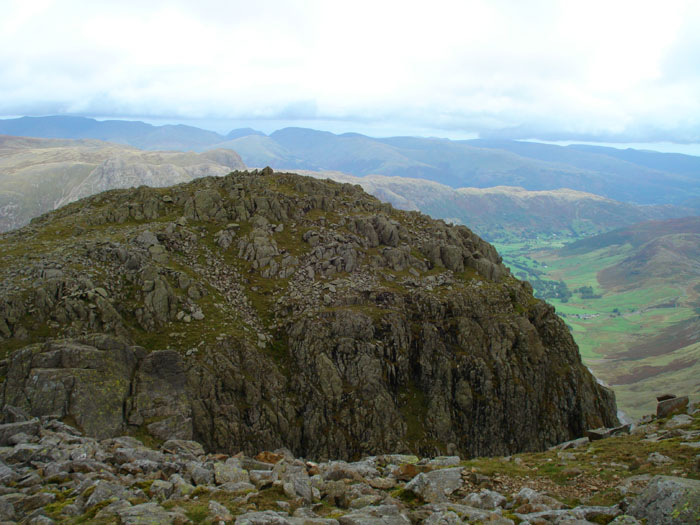 Glad we don't have to jump over the gap to the next Crinkle! 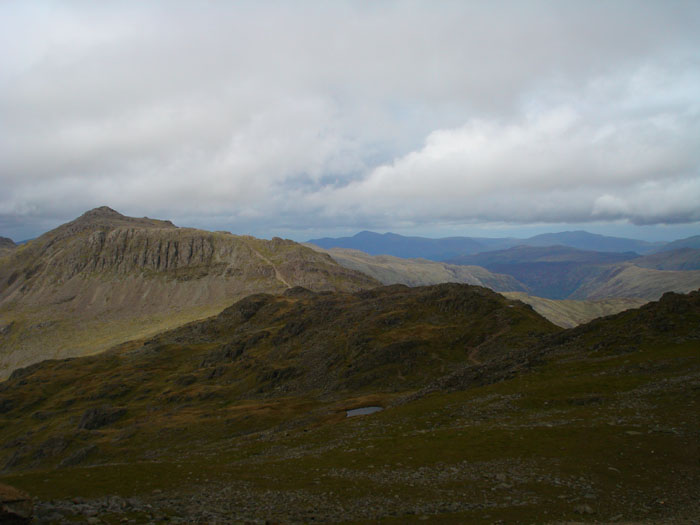