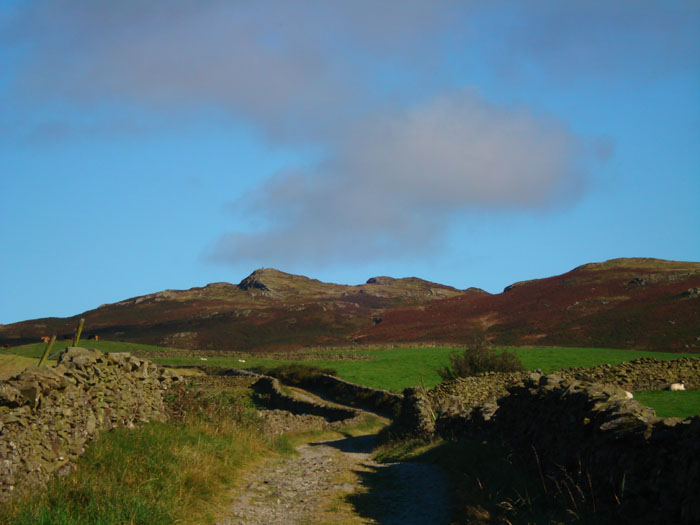 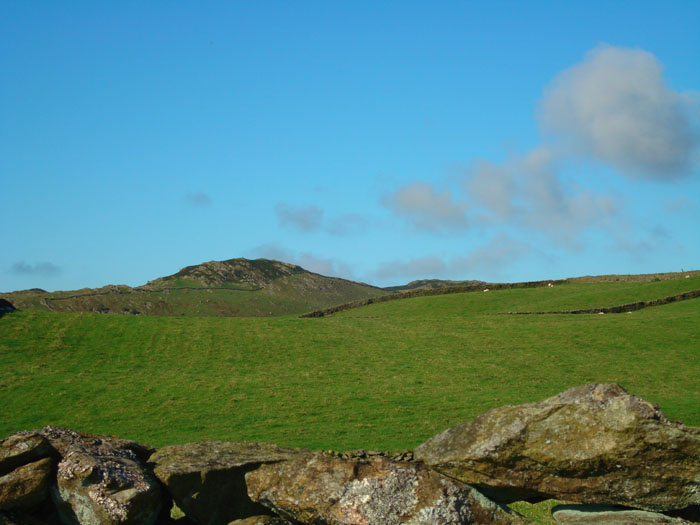 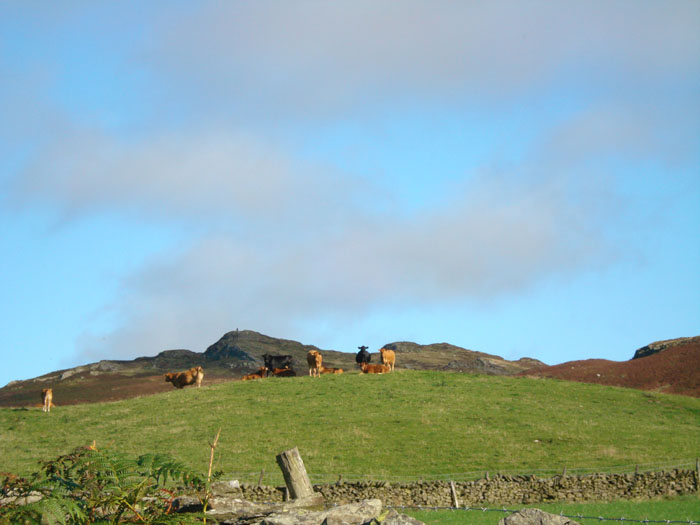 The cows, overlooked by Whiteside Pike, seem to be taking an interest 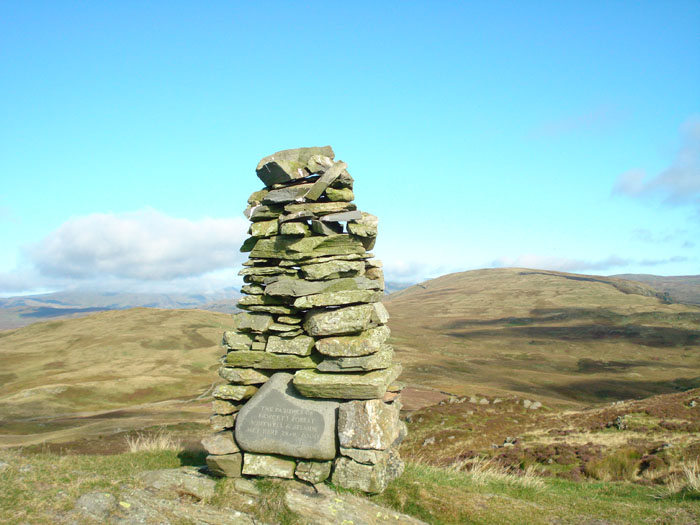 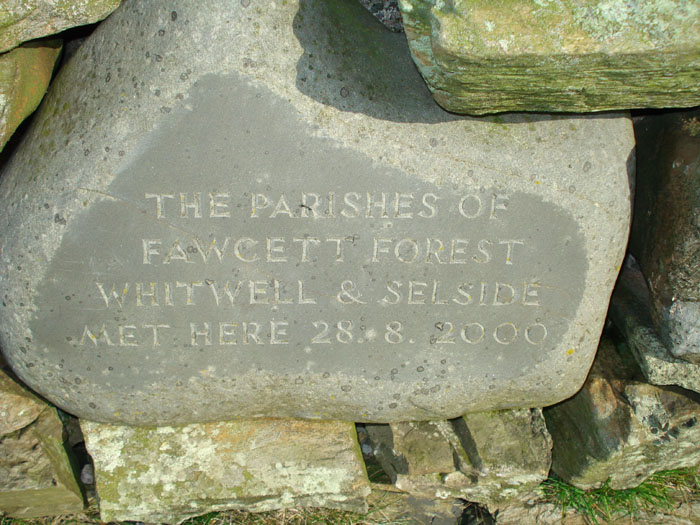 A close-up of the inscription stone 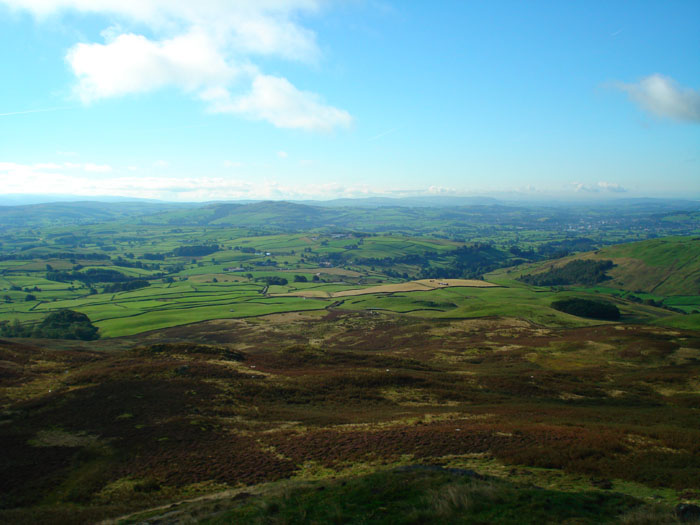 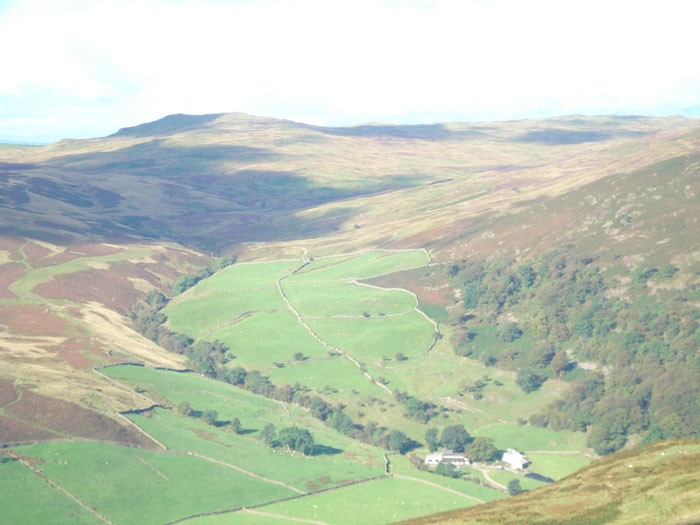 Looking down to Docker Gill, a path follows the wall towards Brunt Knott on the horizon 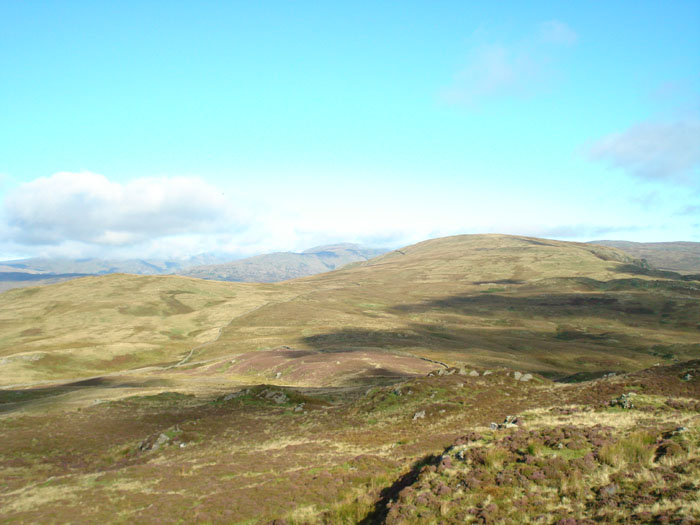 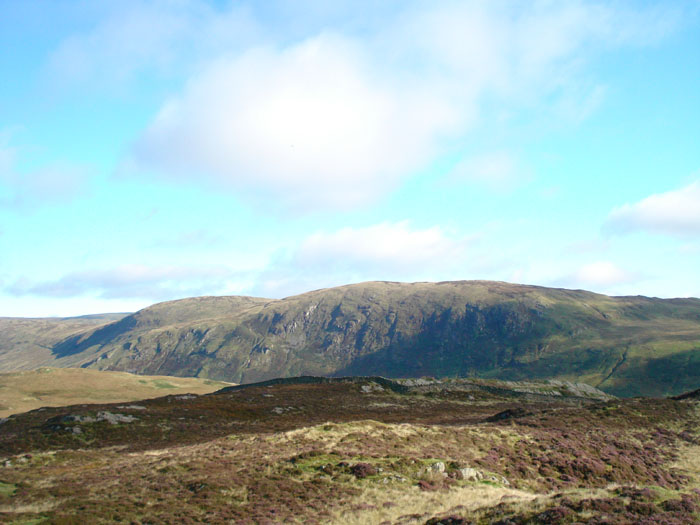 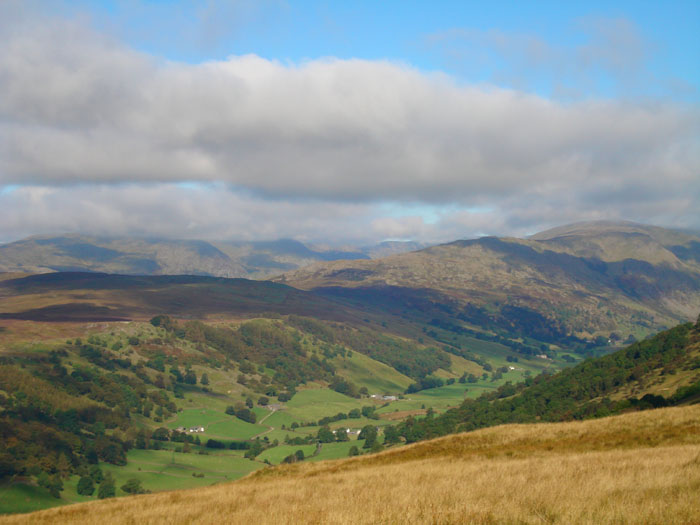 From Todd Fell the Longsleddale Valley comes into view, with Shipman Knotts and Kentmere Pike behind, and Yoke, Ill Bell and Froswick disappearing in the low cloud 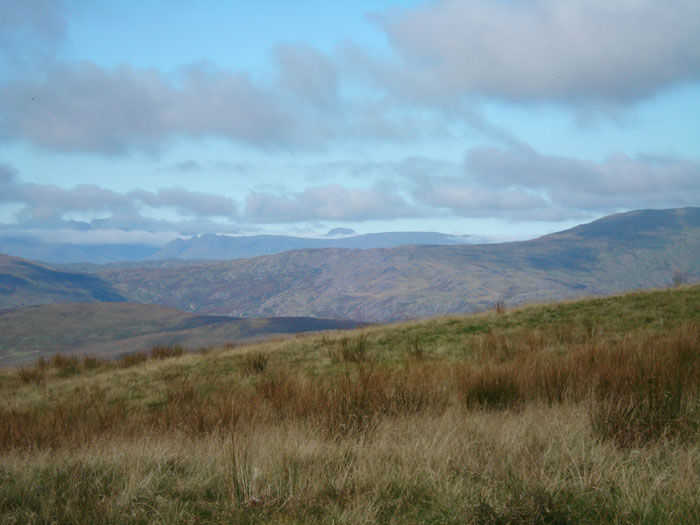 Great Gable seems to rise out of the mist on the far horizon, while the Langdale Pikes are just touching the cloud on the left 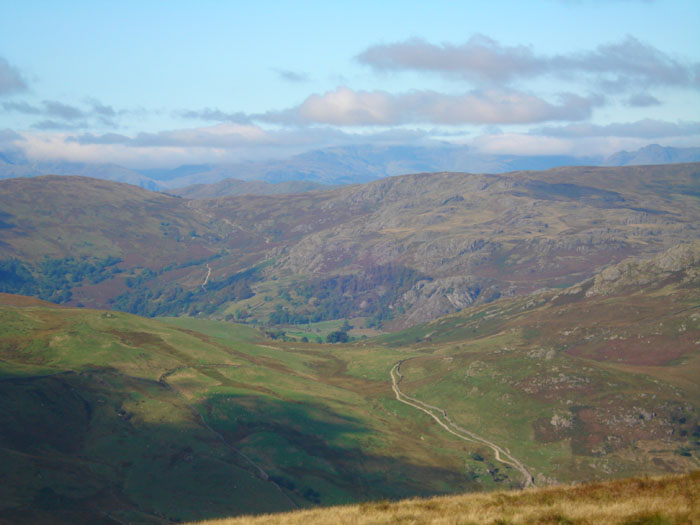 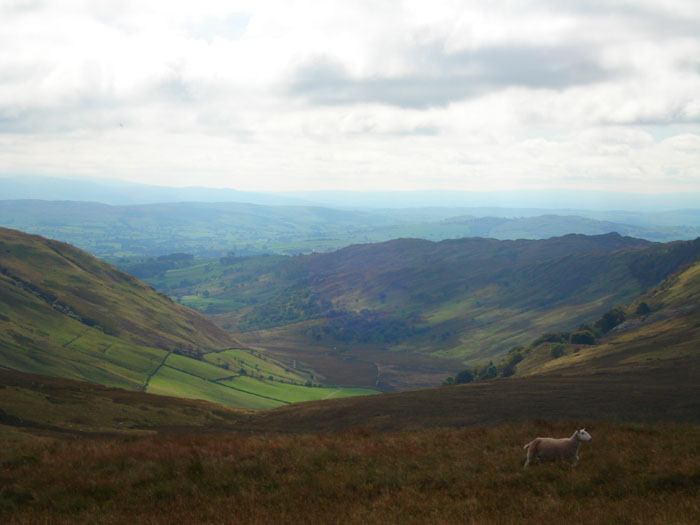 The Bannisdale valley from the top of the horseshoe 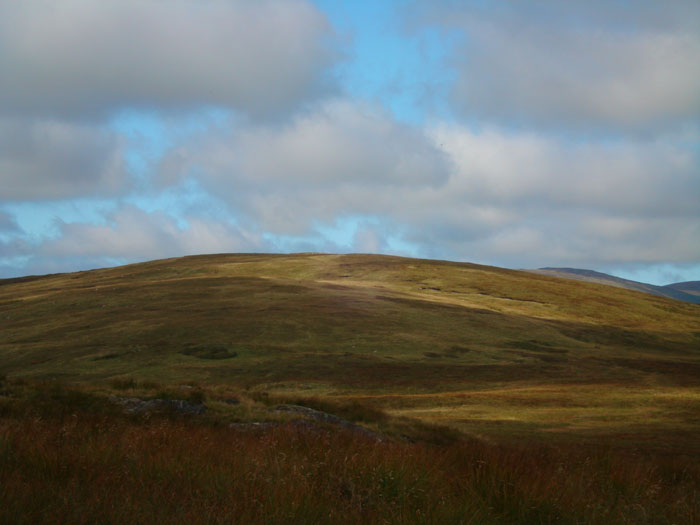 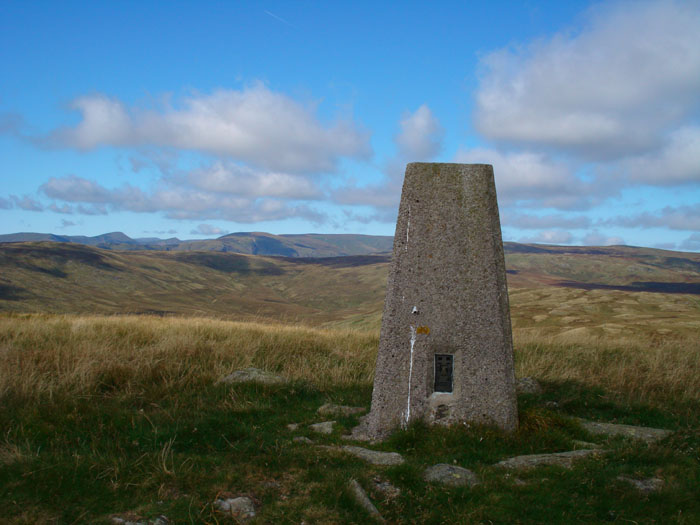 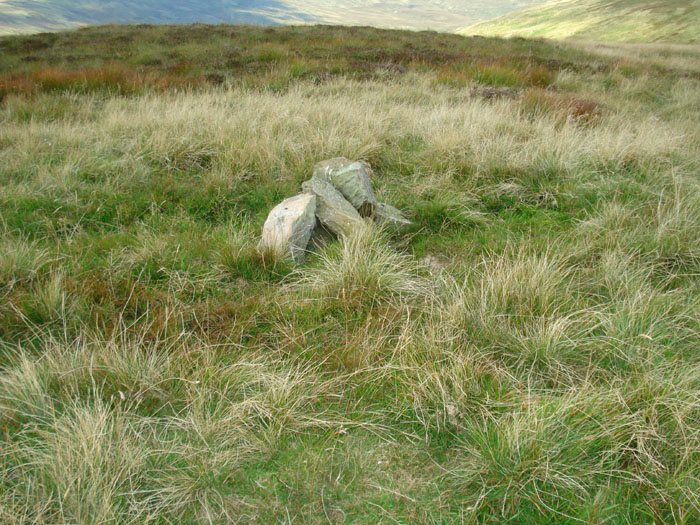 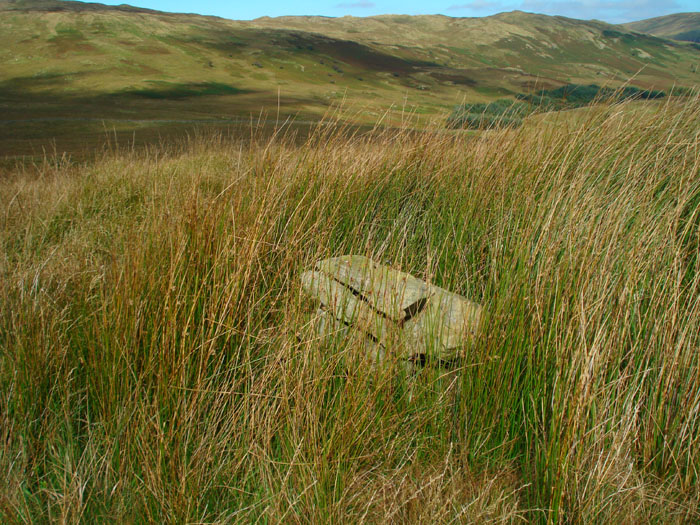