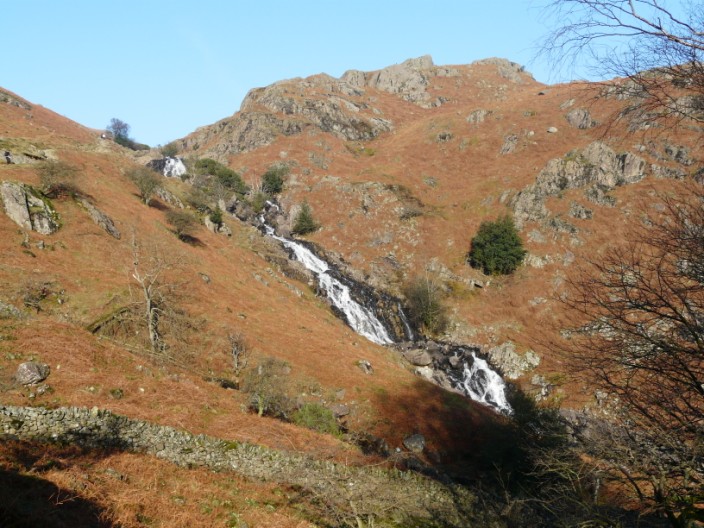 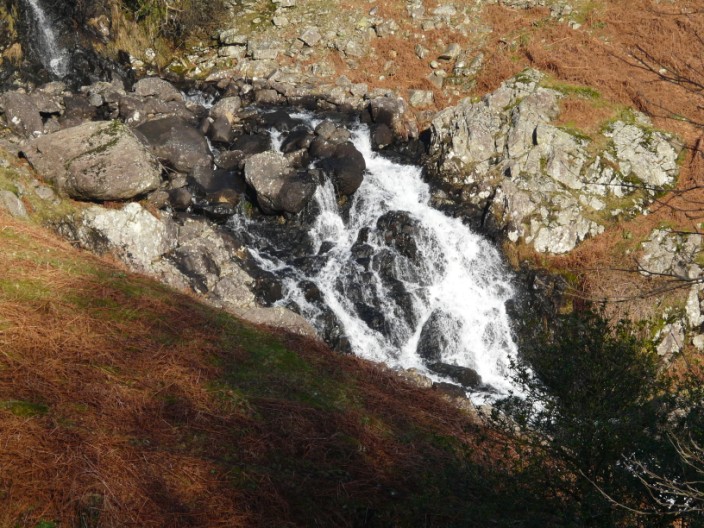 A closer view as we climb higher up 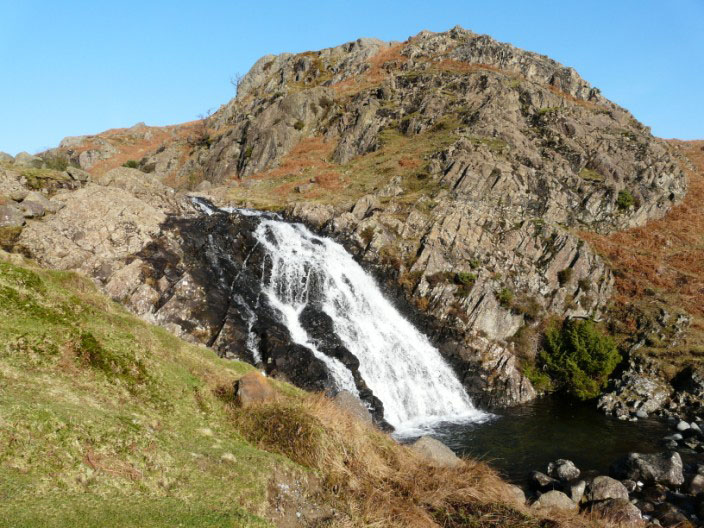 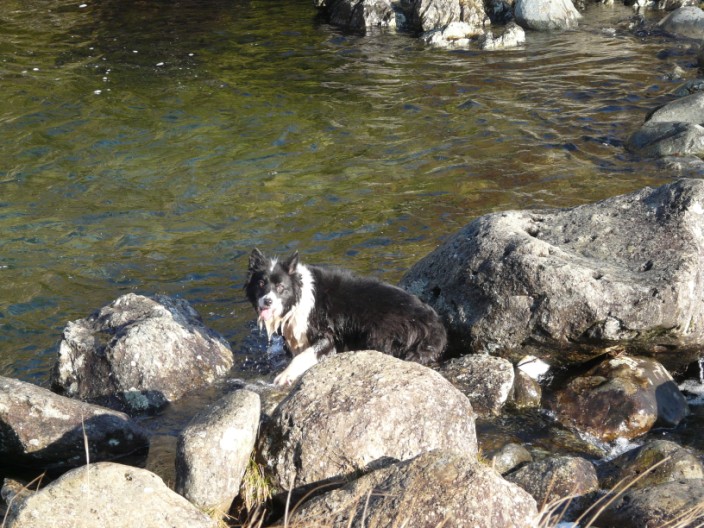 Shep looks for his stick 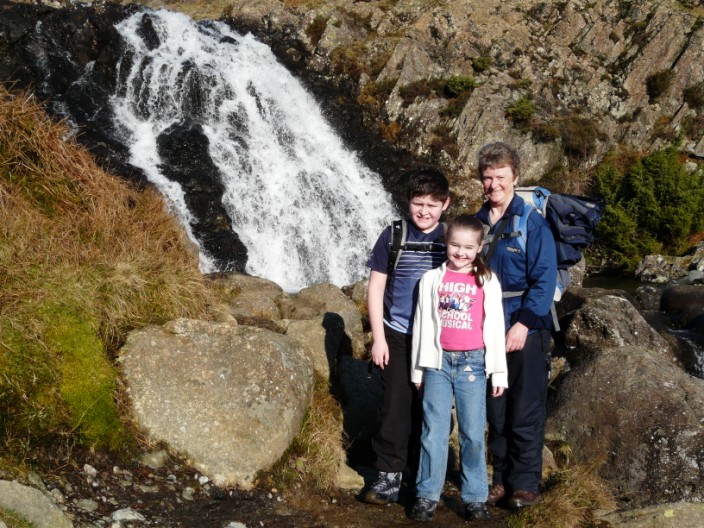 Posing for the camera 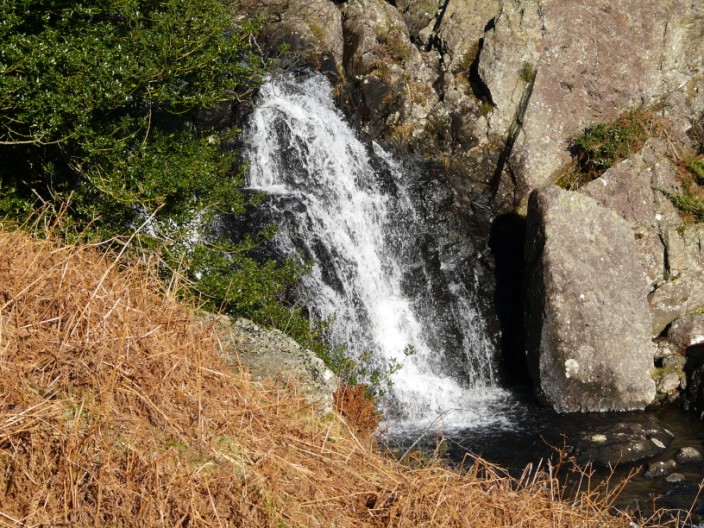 Another waterfall a little higher up 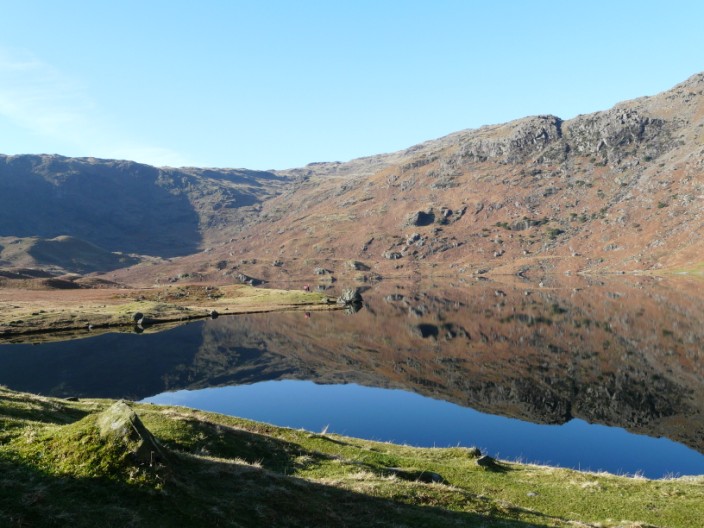 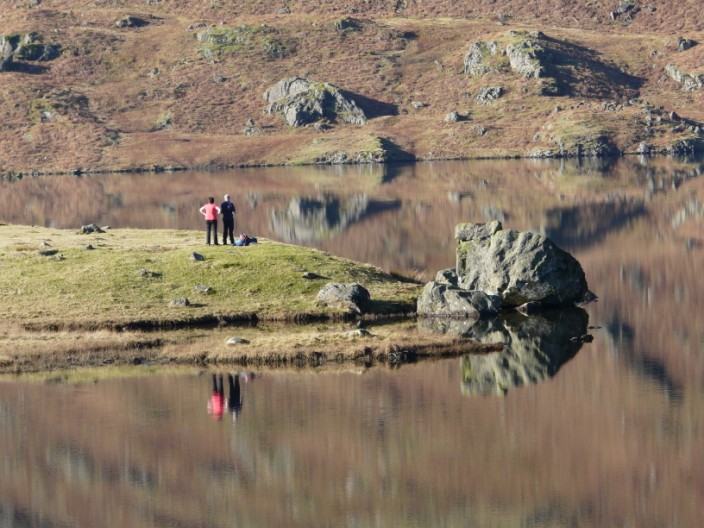 Zooming in on two walkers - spot the shoreline in the foreground 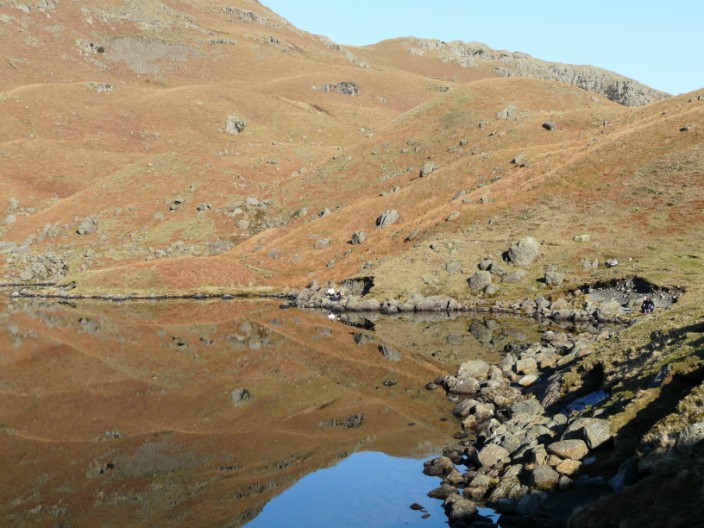 The southern end of the tarn 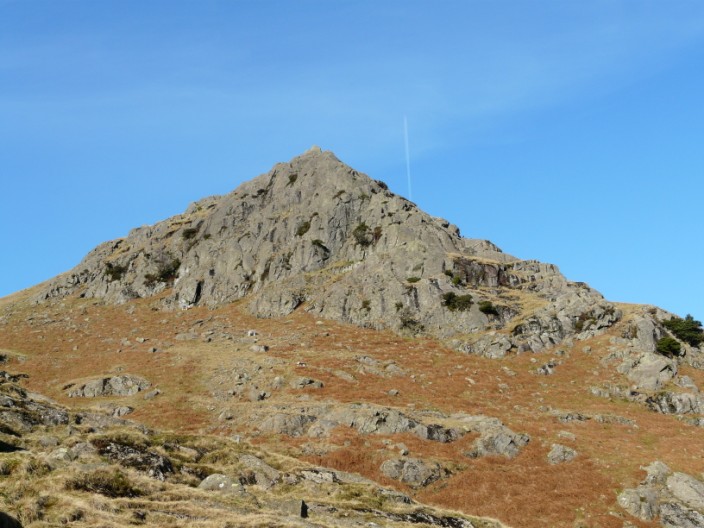 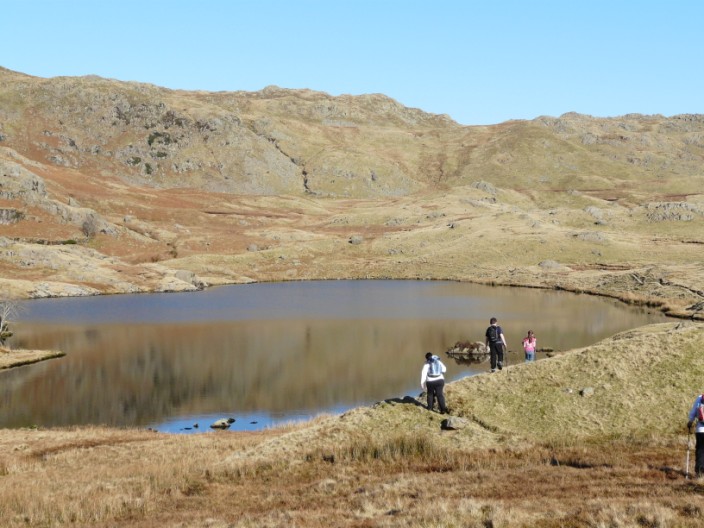 Heading down to Codale Tarn 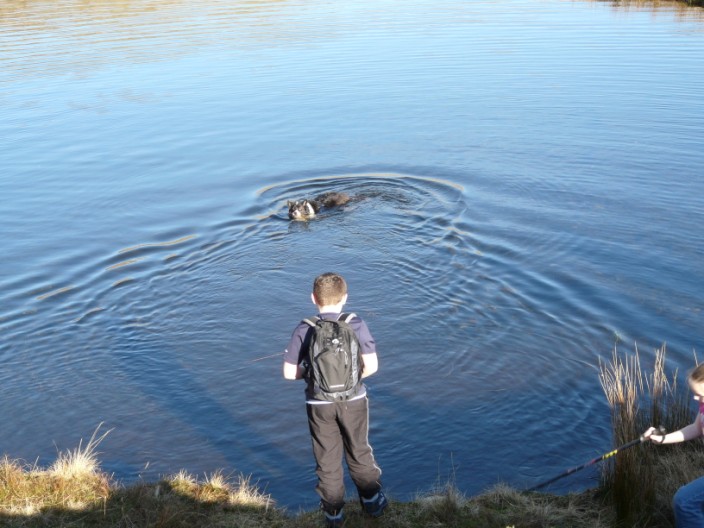 Joseph throws a stick for Shep 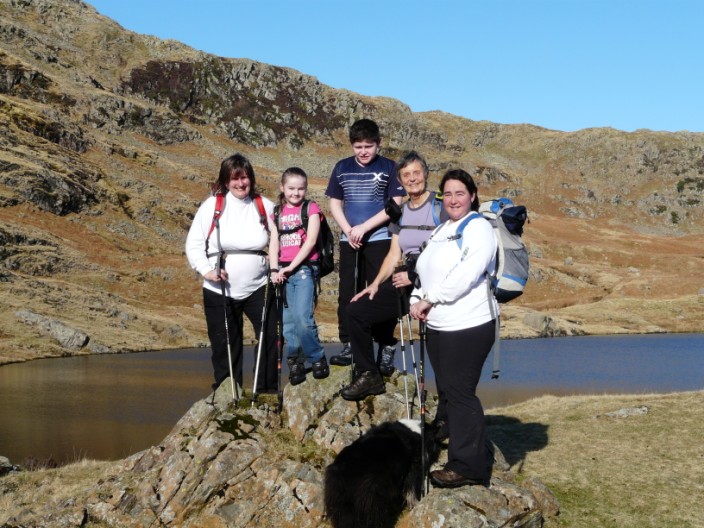 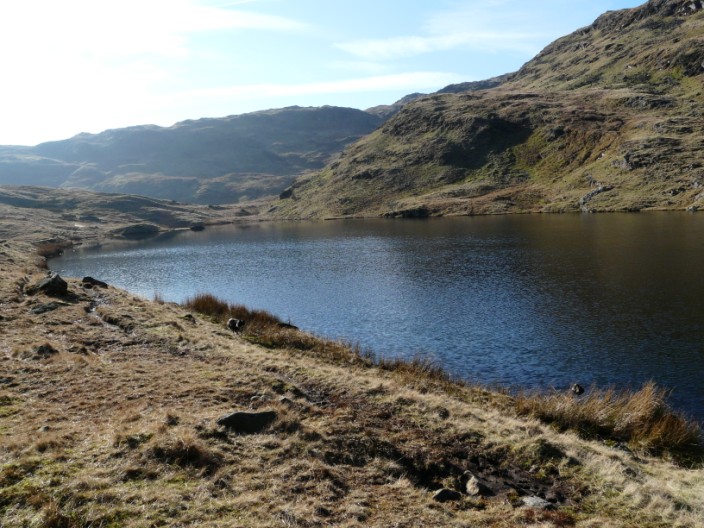 Looking back over Codale Tarn 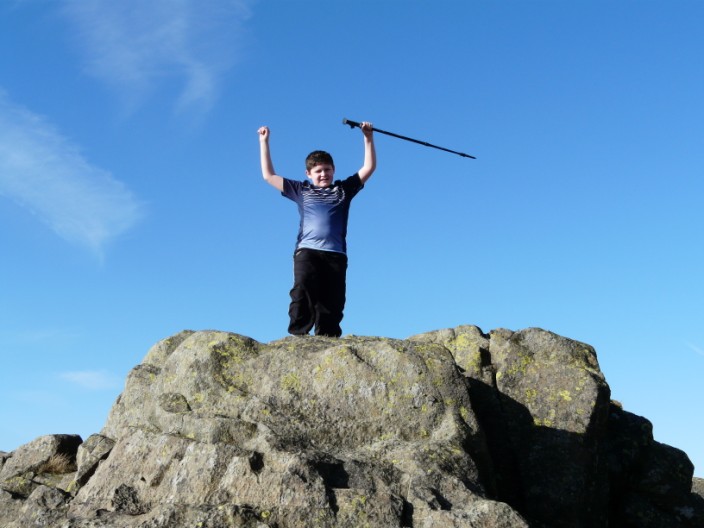 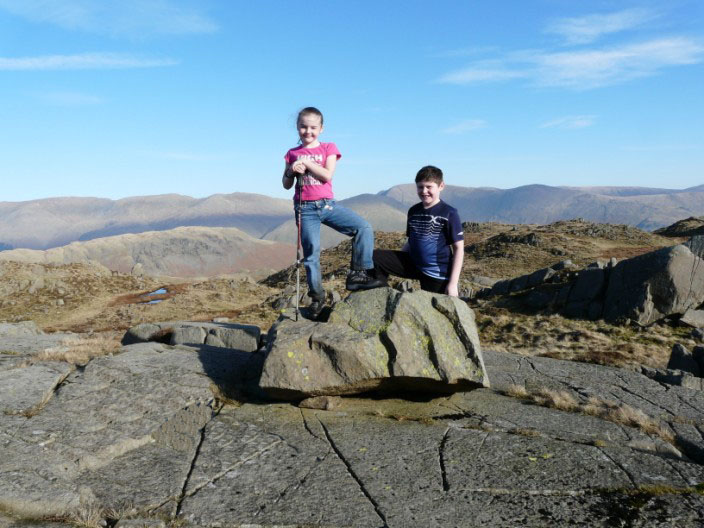 Joseph & Beth find a rocky top to pose for the camera 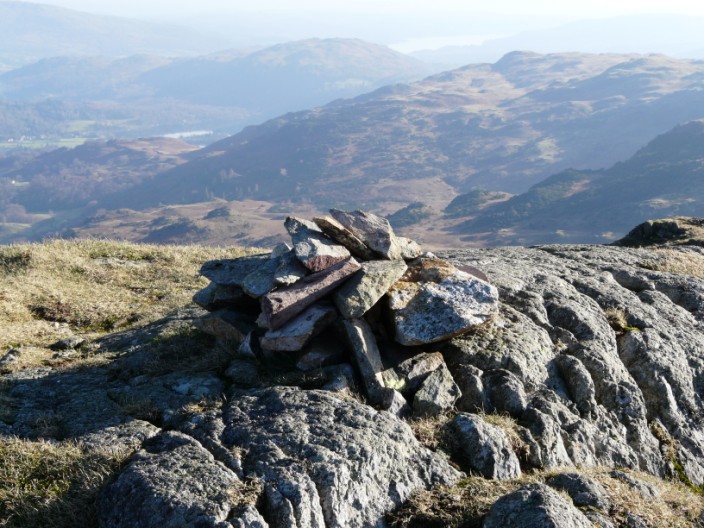 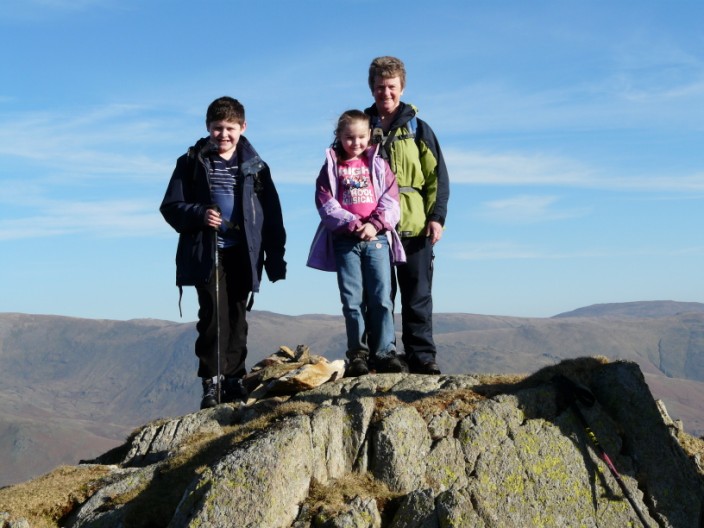 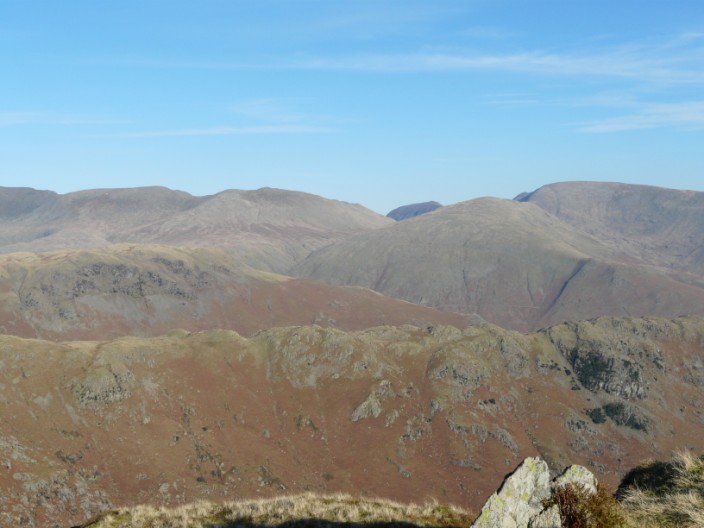 Ridge upon ridge from front to back - Helm Crag to Calf Crag, Steel Fell on the left, Seat Sandal right of centre, Helvellyn on the left with Fairfield on the right and St Sunday Crag peeping in between 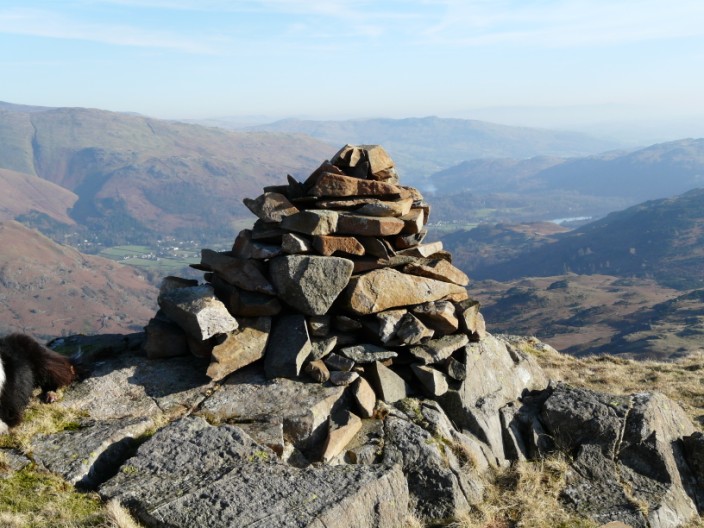 A more substantial cairn, but not the Wainwright . . . 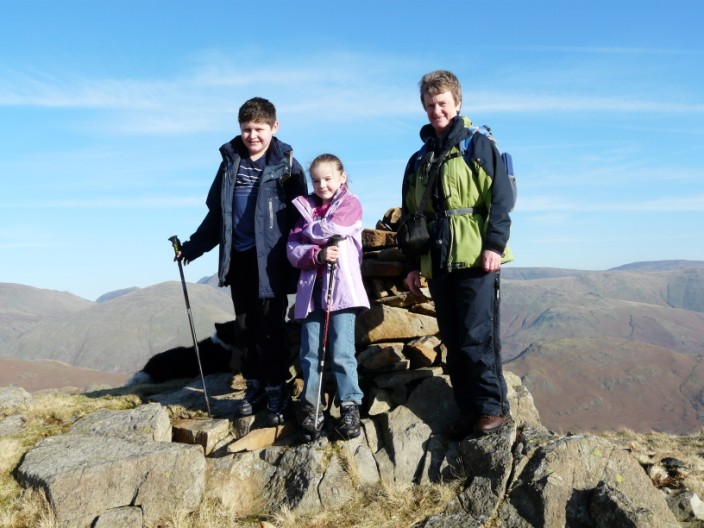 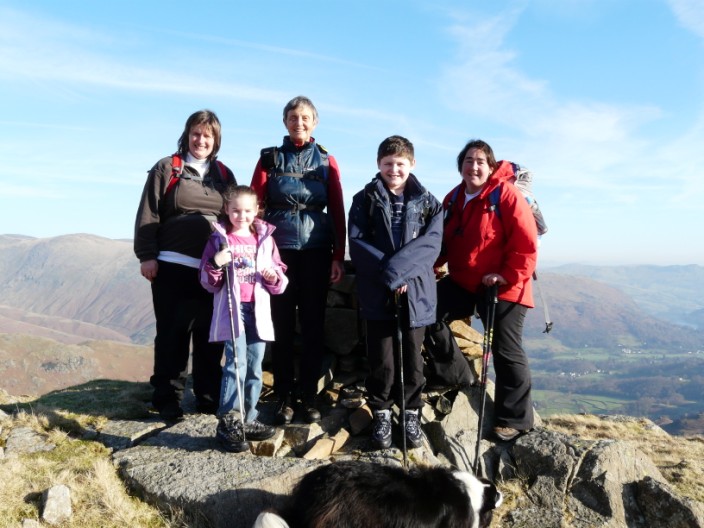 and a group one as well 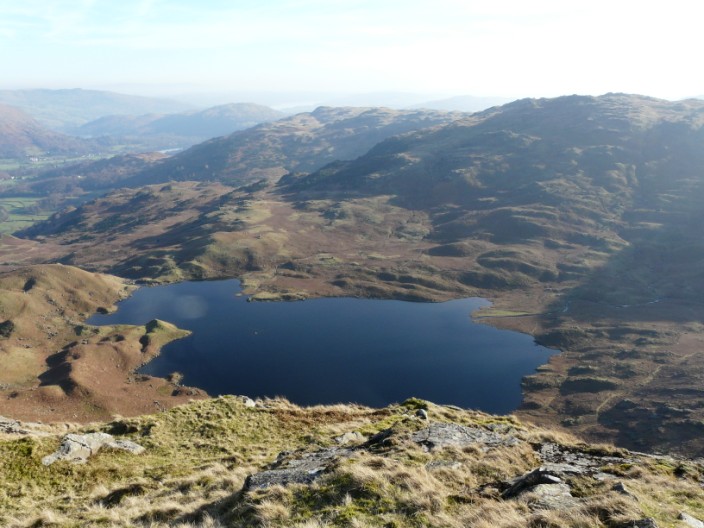 Looking back down to Easedale Tarn from near the larger cairn 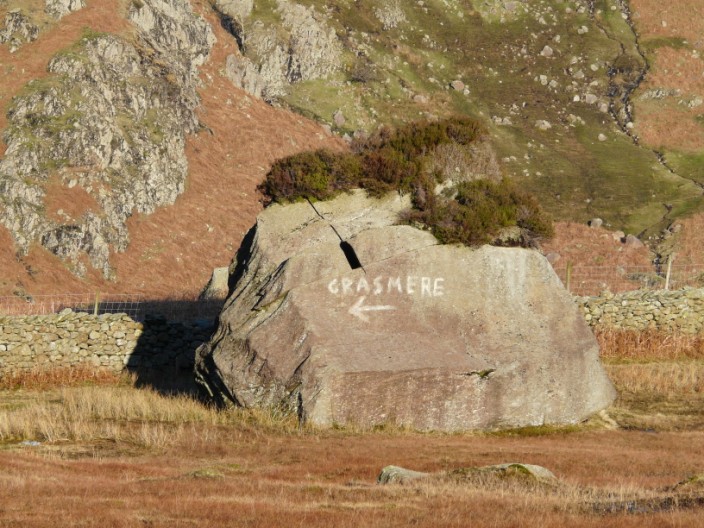 Just in case we don't know the way 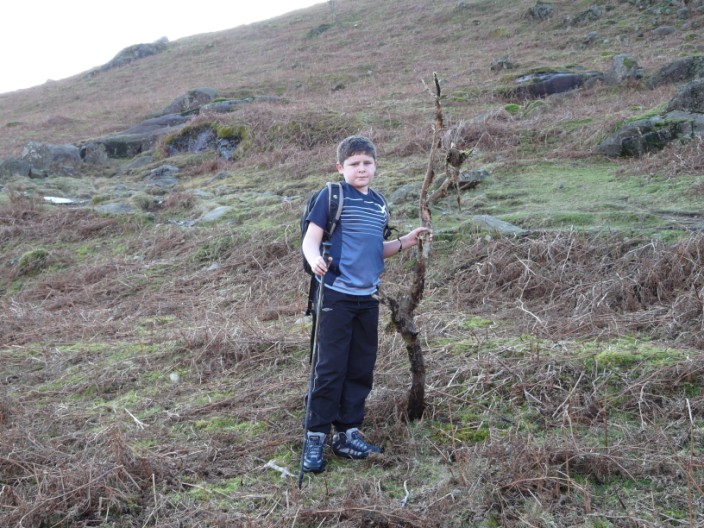 Joseph finds another stick for Shep - rather large 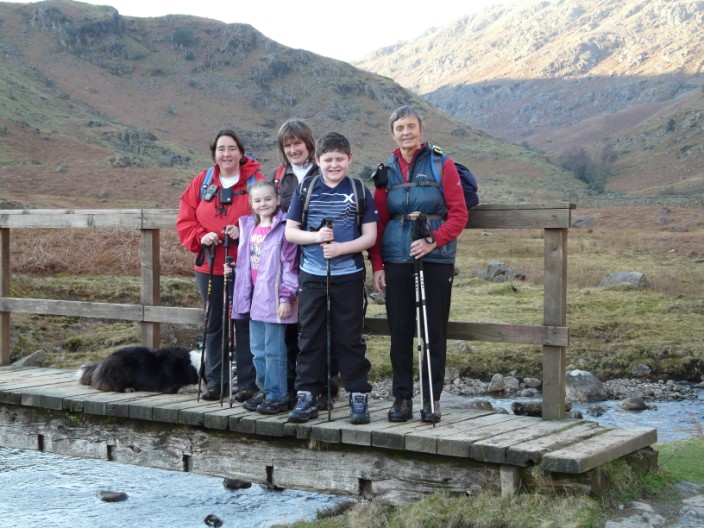 We join the Coast to Coast path at Stythwaite Steps 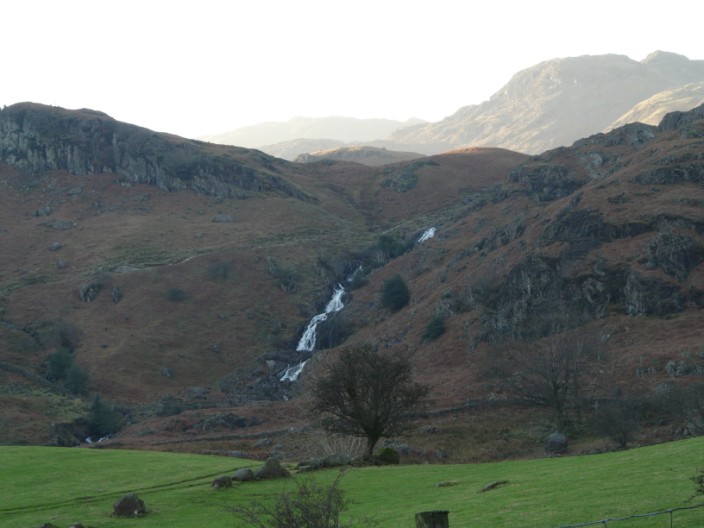 A last look back to Sour Milk Gill 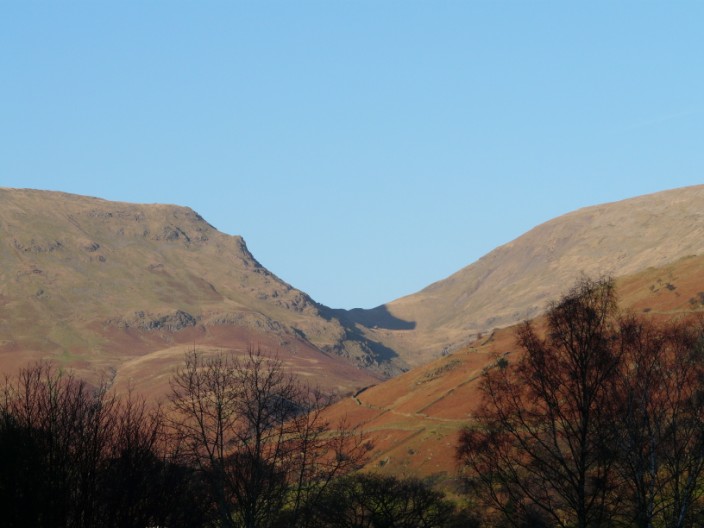 Dunmail Raise, between Steel Fell on the left and Seat Sandal on the right