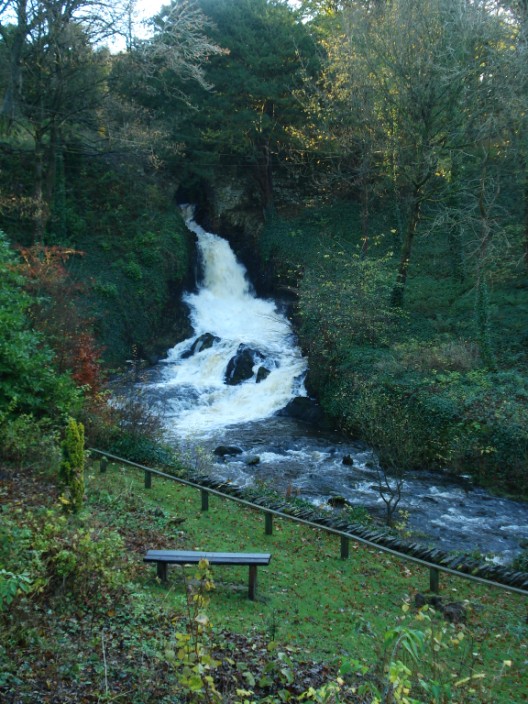 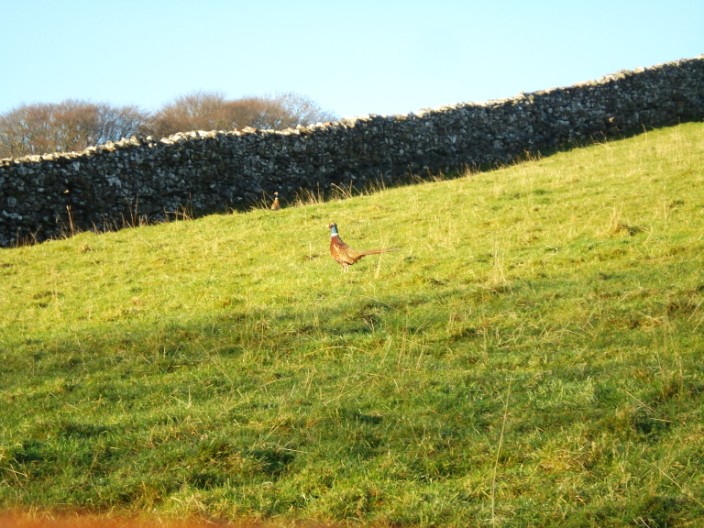 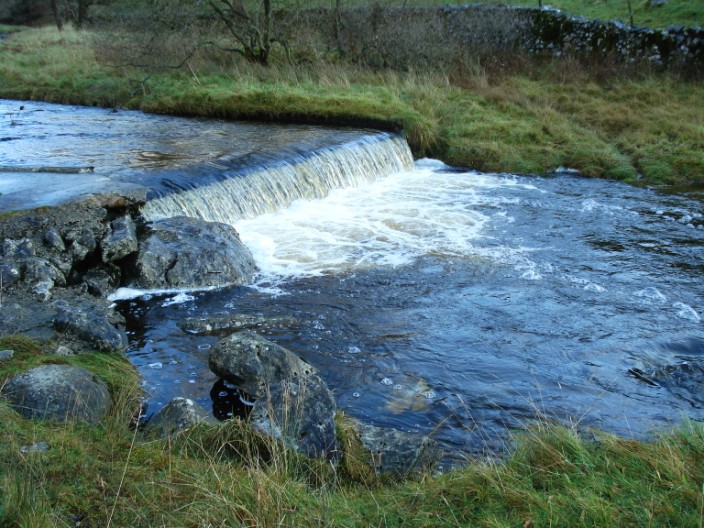 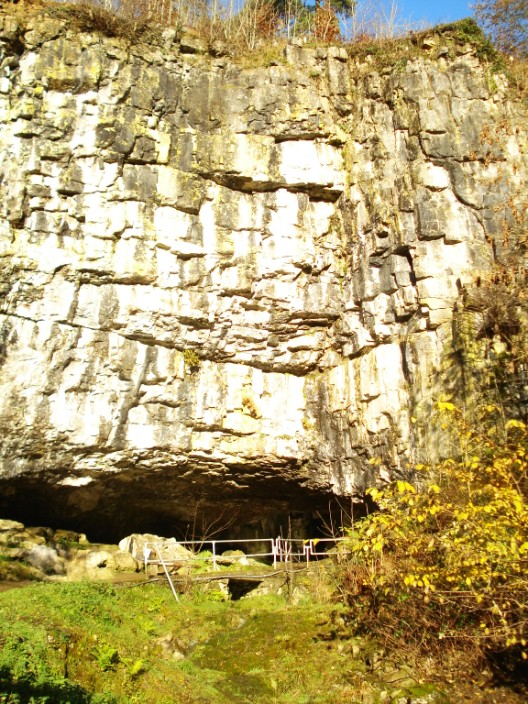 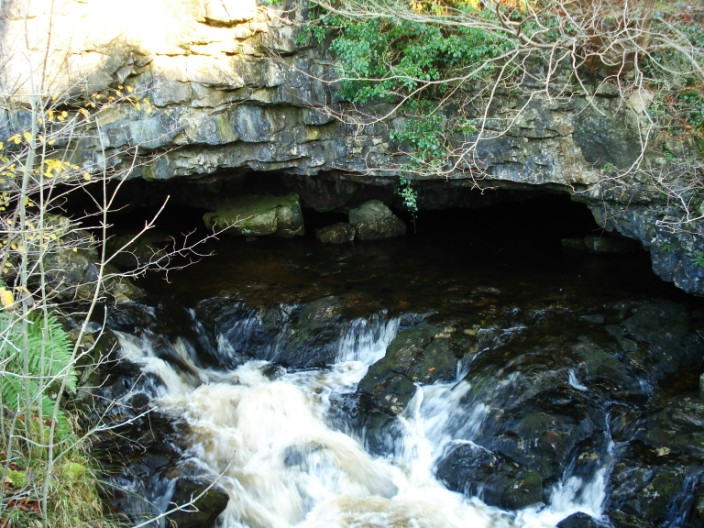 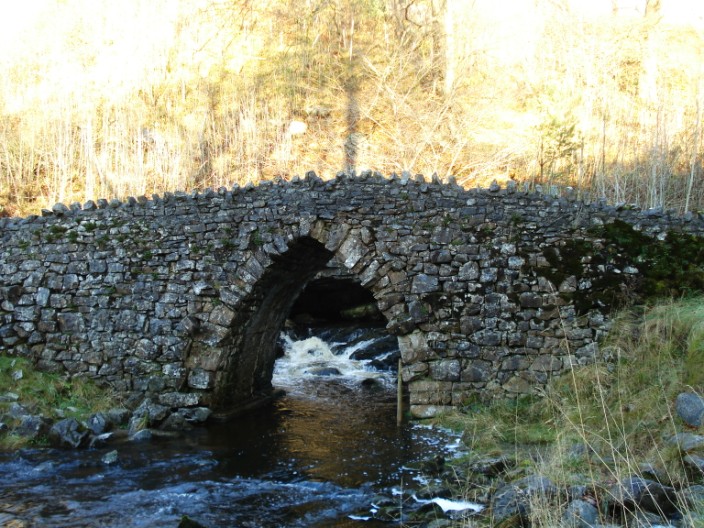 The bridge at beck head has an unusually shaped arch 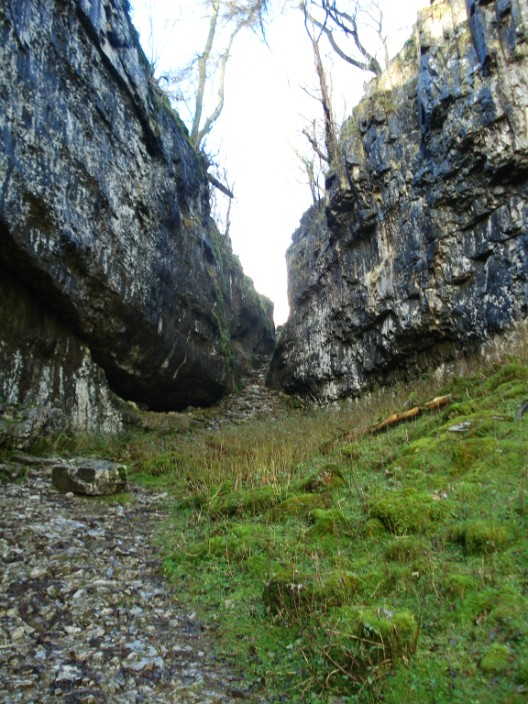 Heading up Trow Gill we begin to see the head of the gill . . . 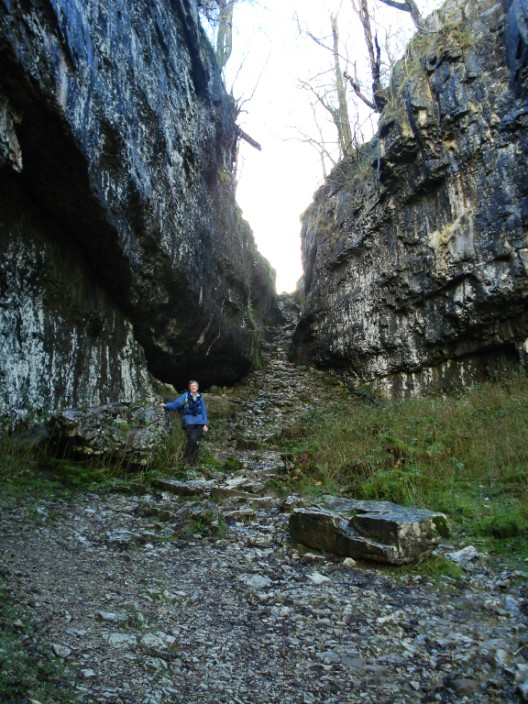 and Marie provides some perspective . . . 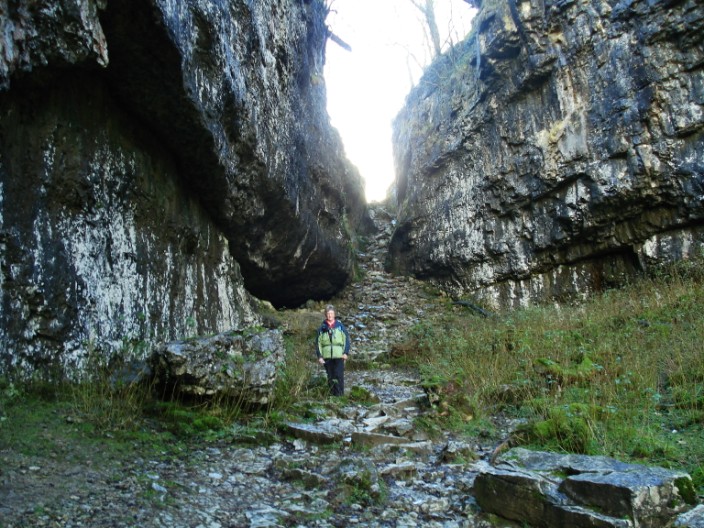 with myself following suit 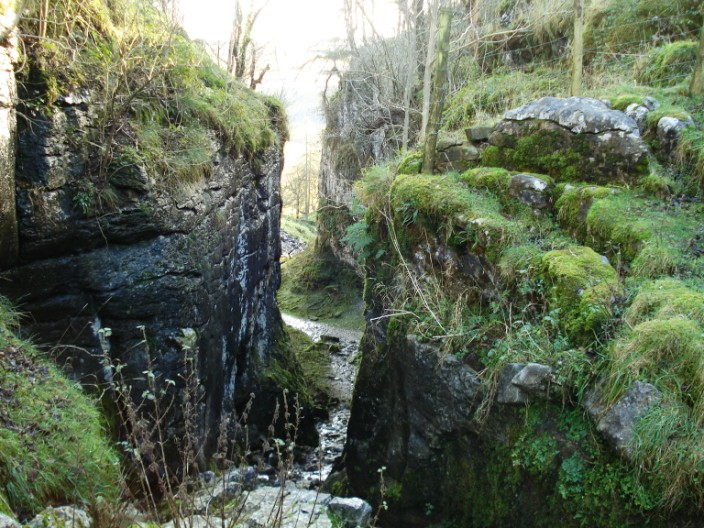 Looking back down the gill 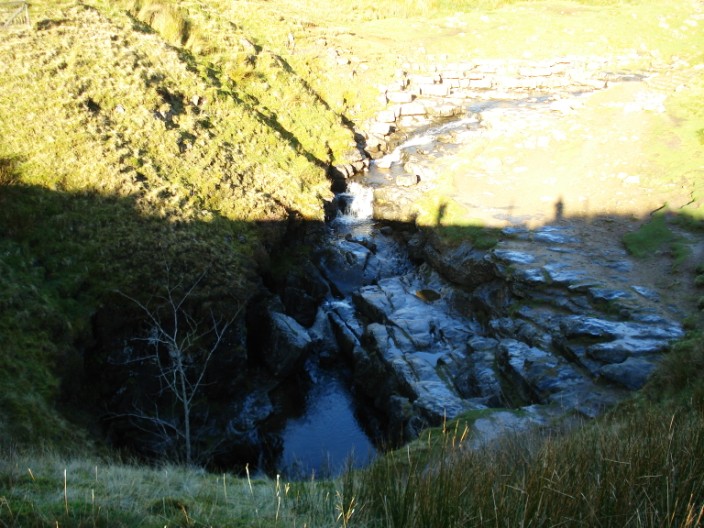 Our first glimpse of Gaping Gill . . . 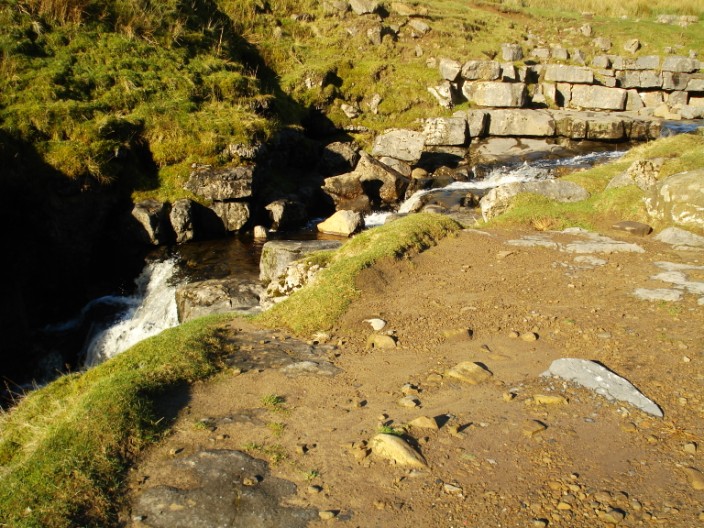 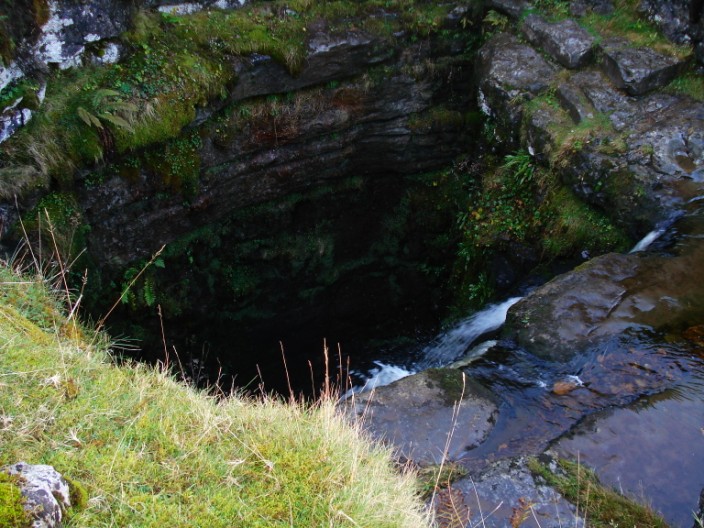 to see where the water disappears . . . 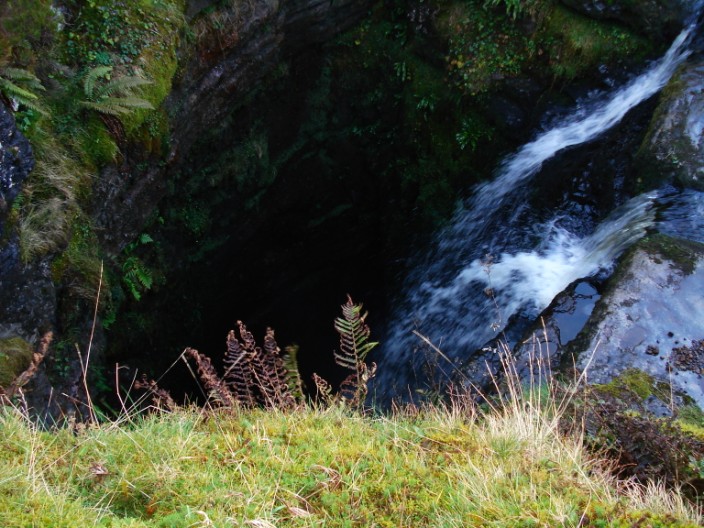 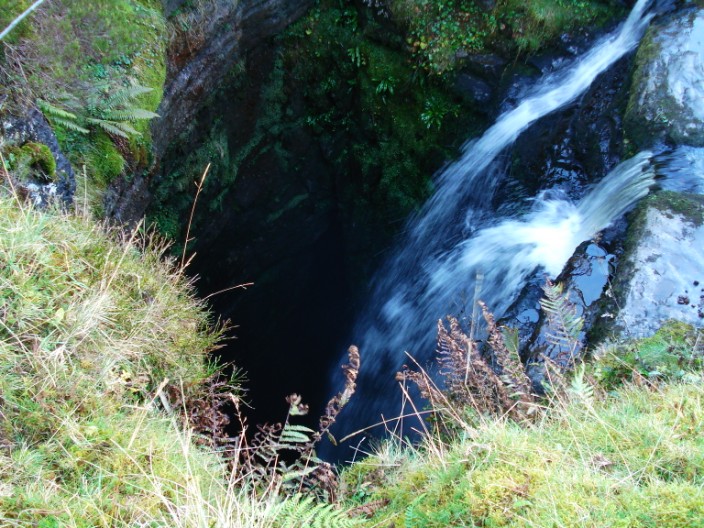 which is the biggest known cave chamber in Britain 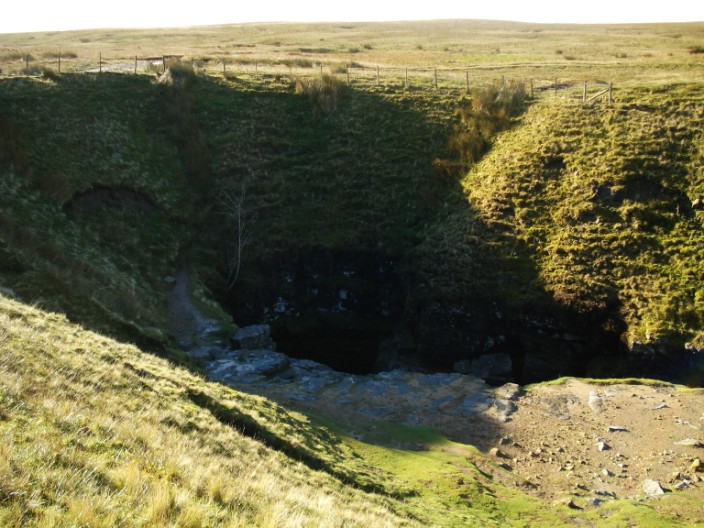 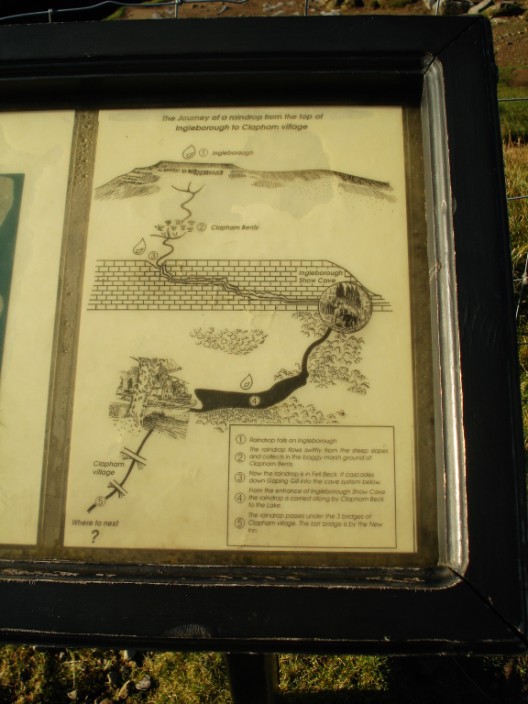 and the information board 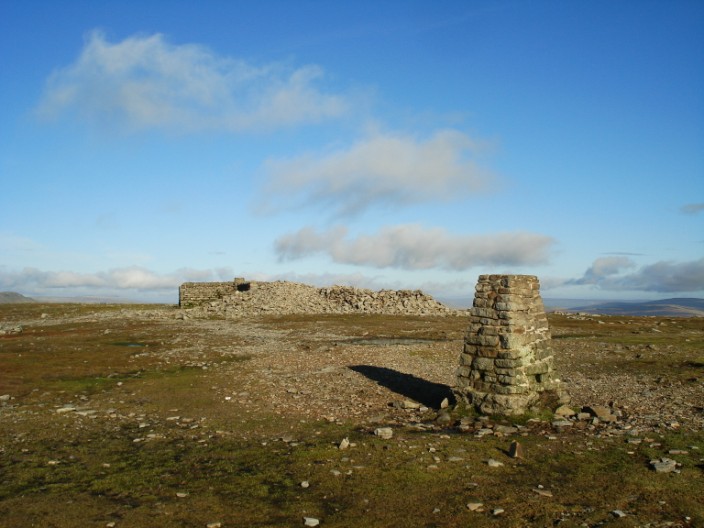 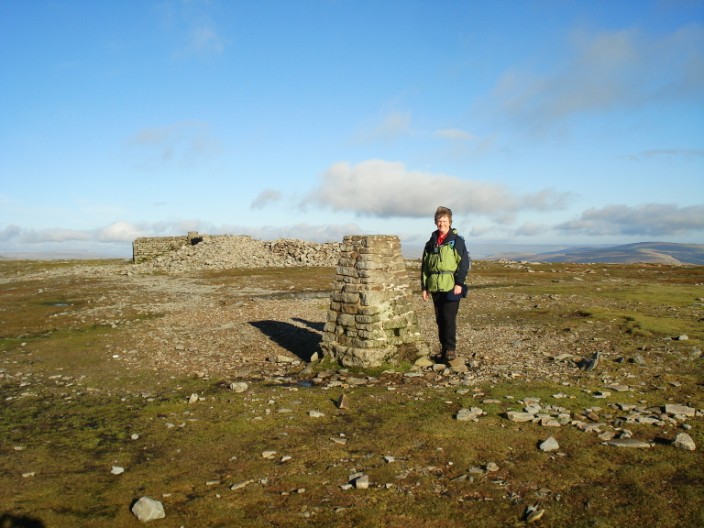 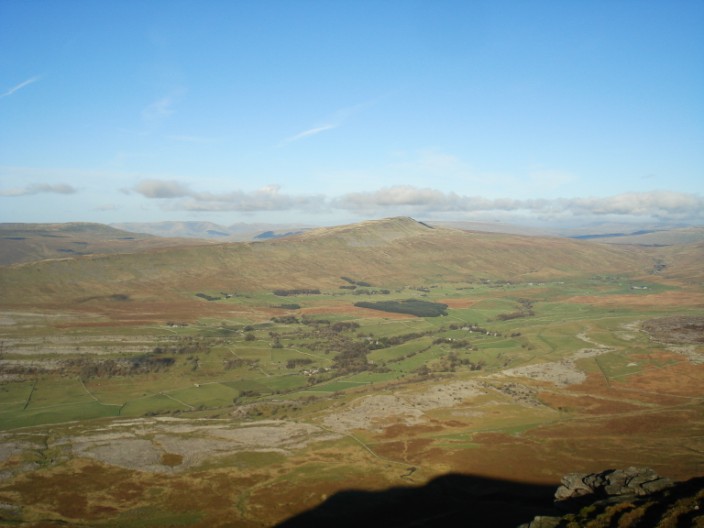 From the summit we have a good view of Whernside . . . 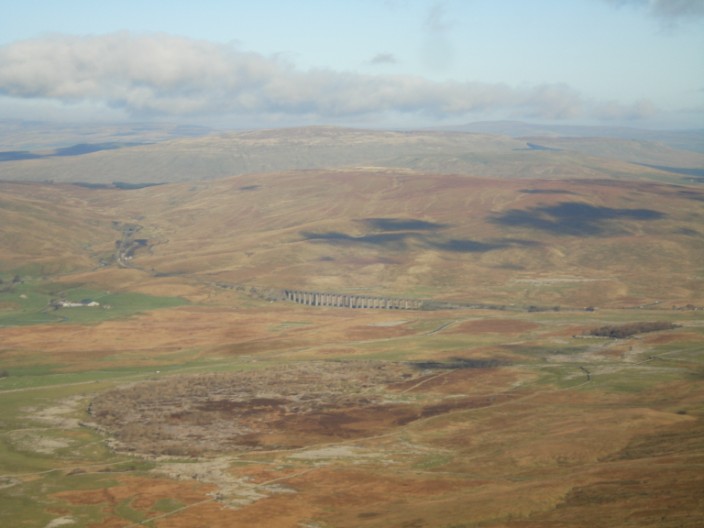 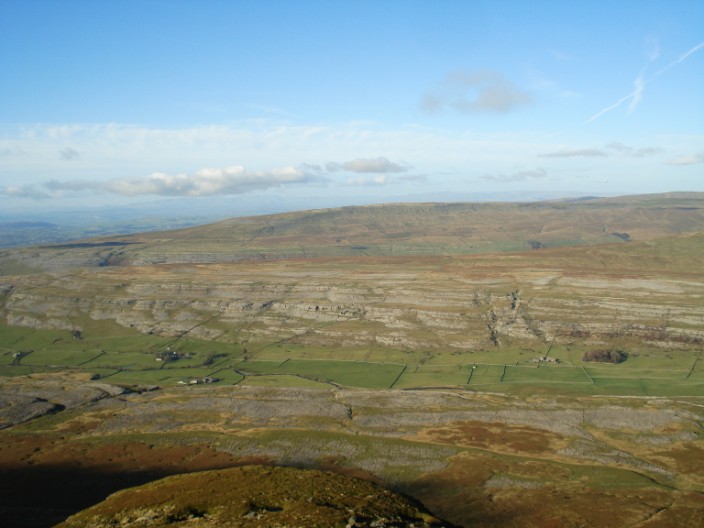 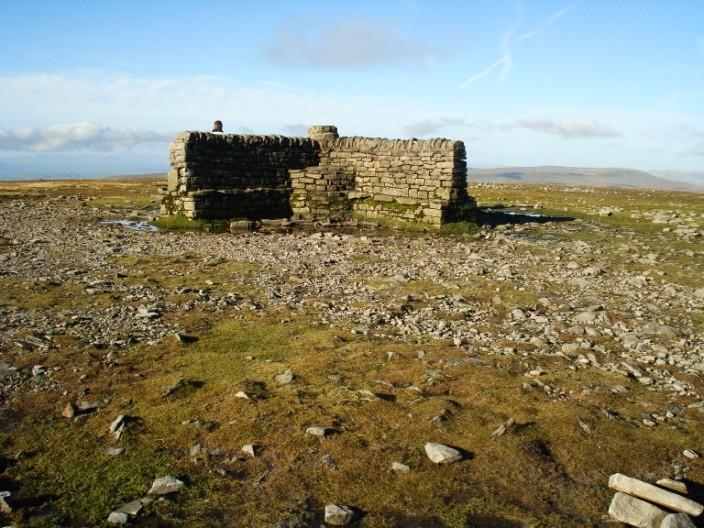 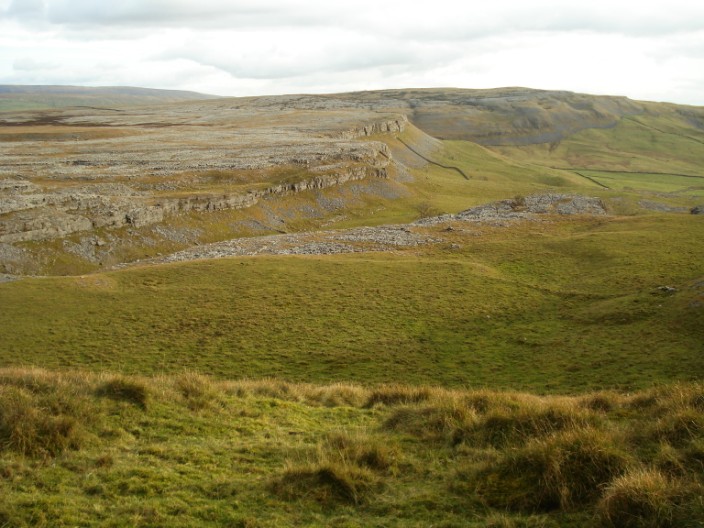 From Sulber Gate Moughton Scars are in view . . . 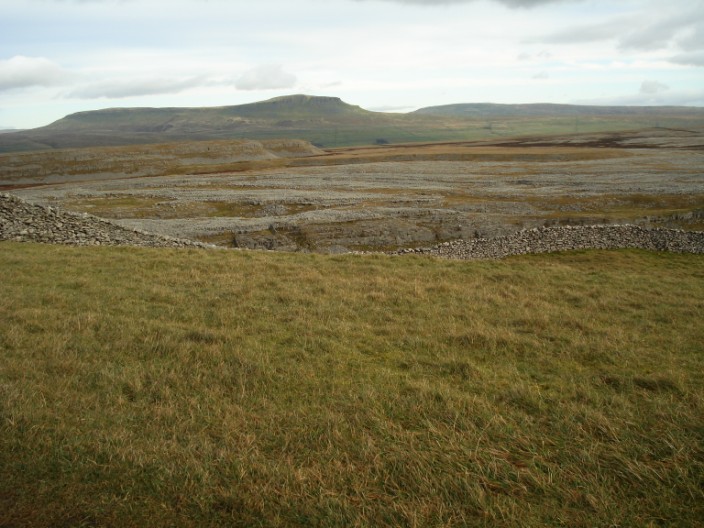 with Pen-y-Ghent in the distance 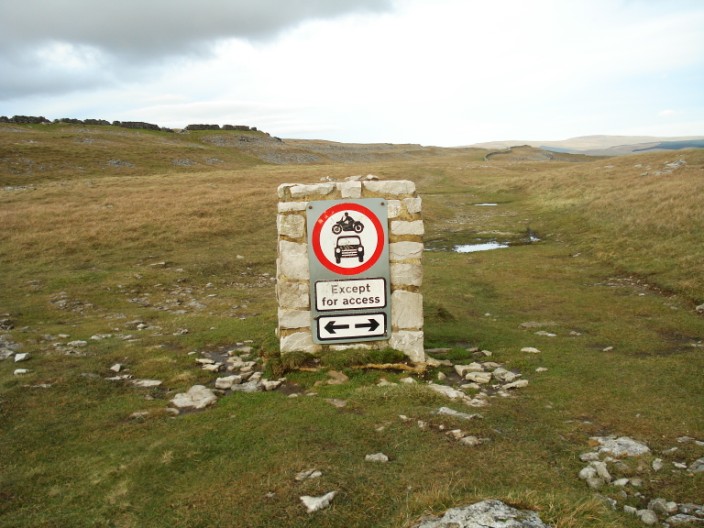 Do people really bring cars and motor bikes up here? 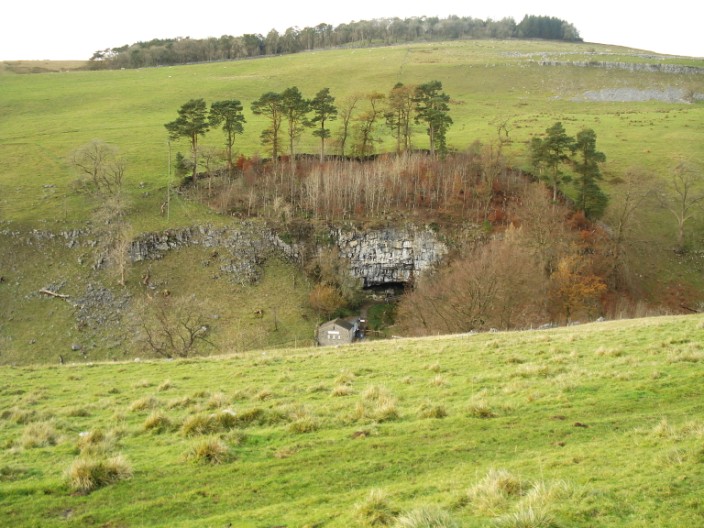 From Long Lane we can trace the beginning of the walk, including the show cave