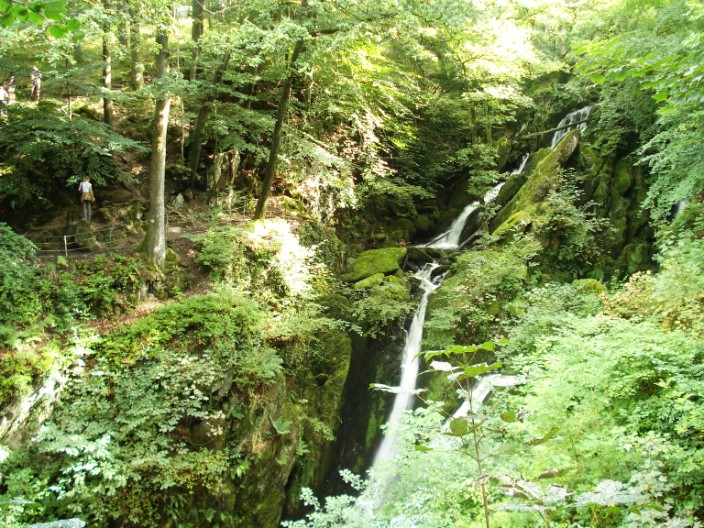 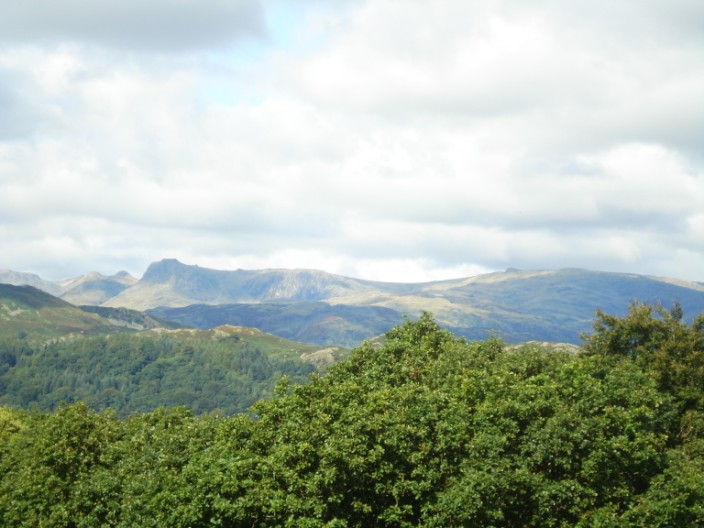 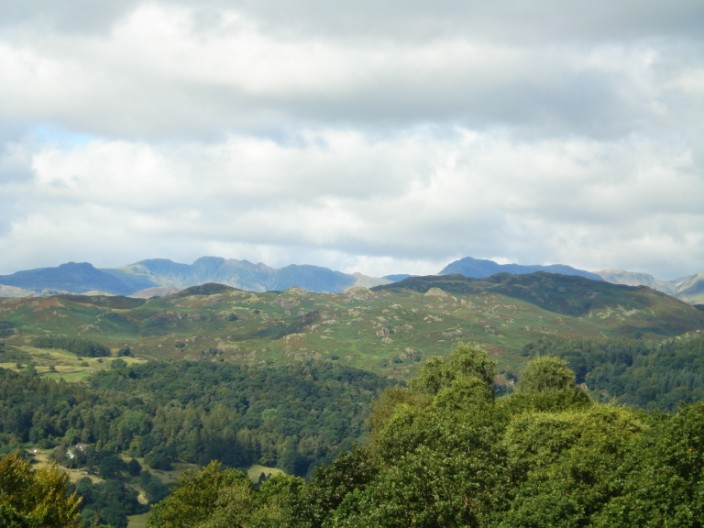 Looking over Loughrigg to Pike O' Blisco on the left, Crinkle Crags and Bow Fell on the right 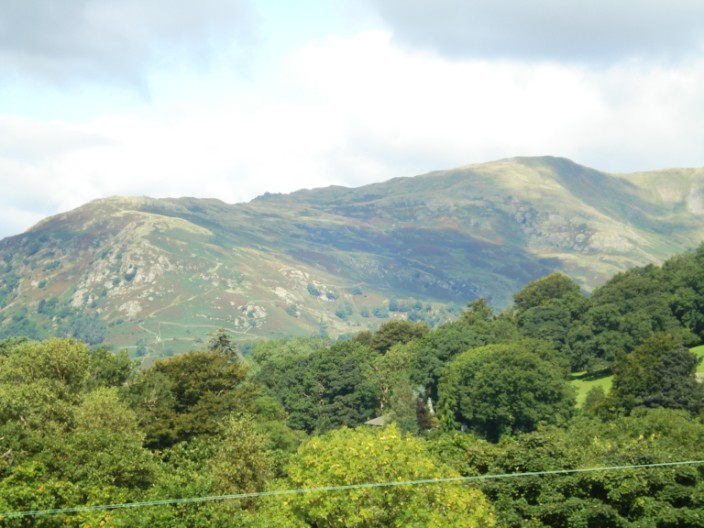 The path up Nab Scar can be clearly seen, Heron Pike is on the right 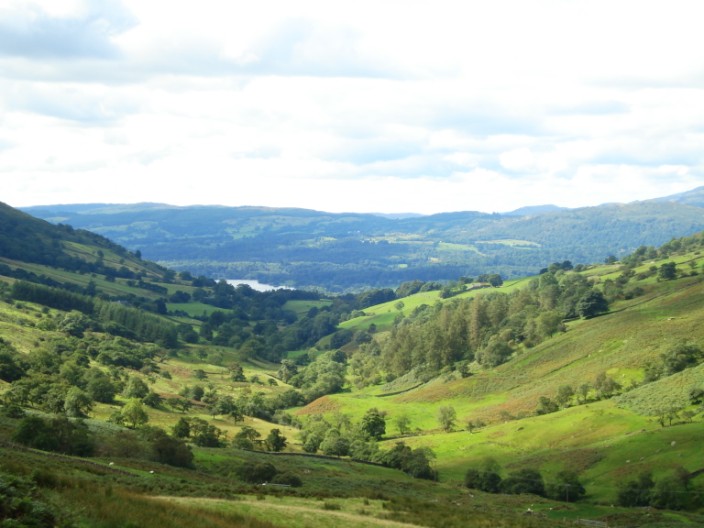 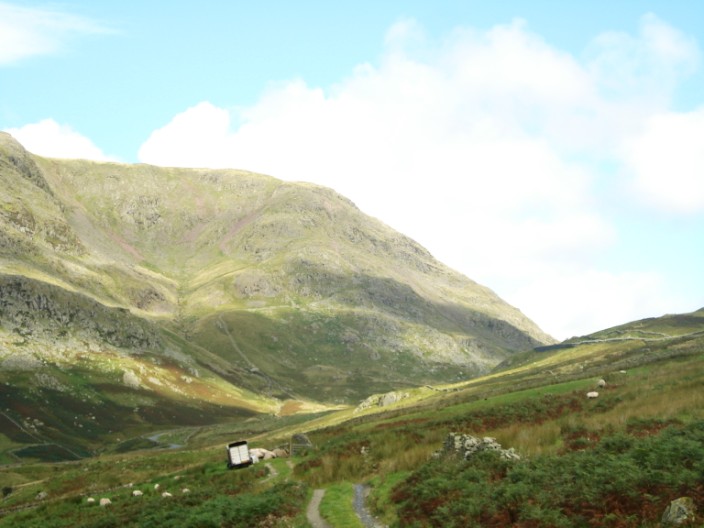 Red Screes, the path is just to the right of the brown scree slope 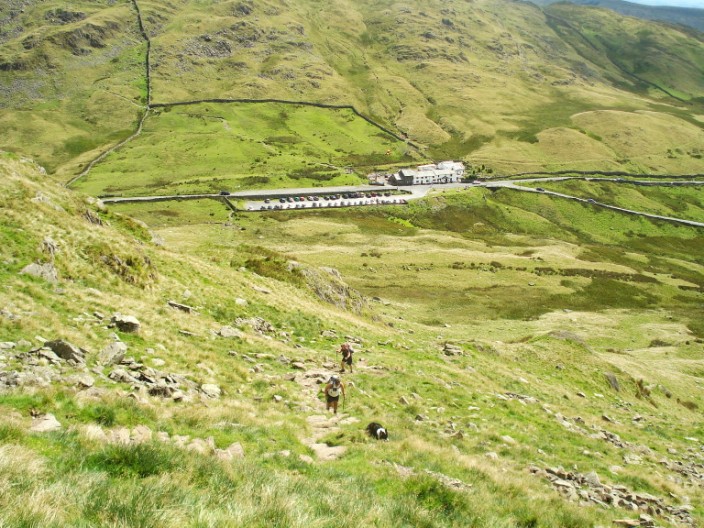 We soon leave the Kirkstone Inn behind . . . 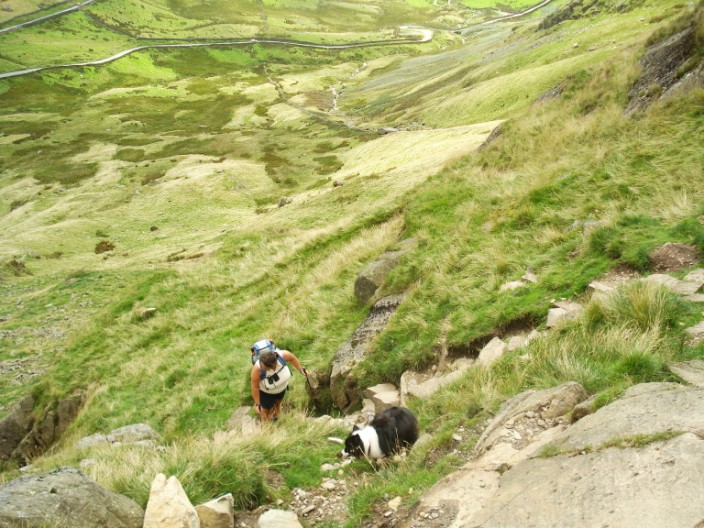 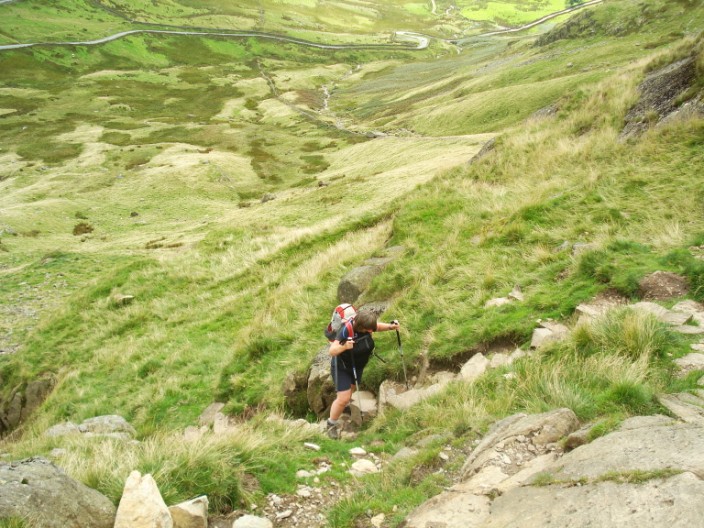 with Gill following on 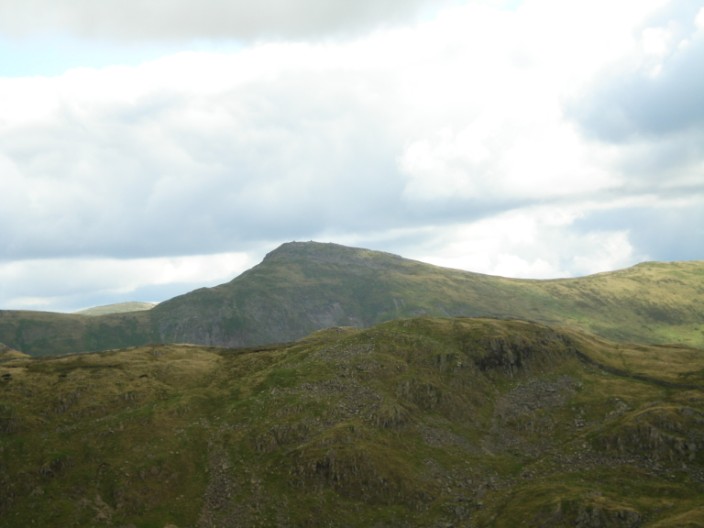 We can just make out the three cairns on Ill Bell 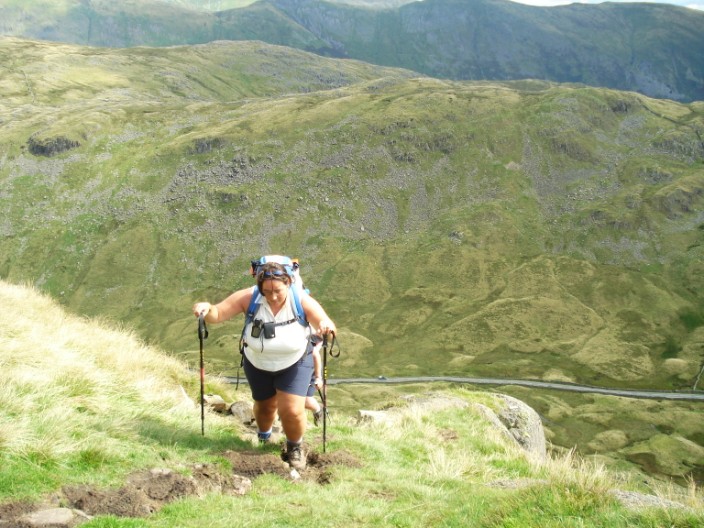 Andres is closely followed by Gill . . . 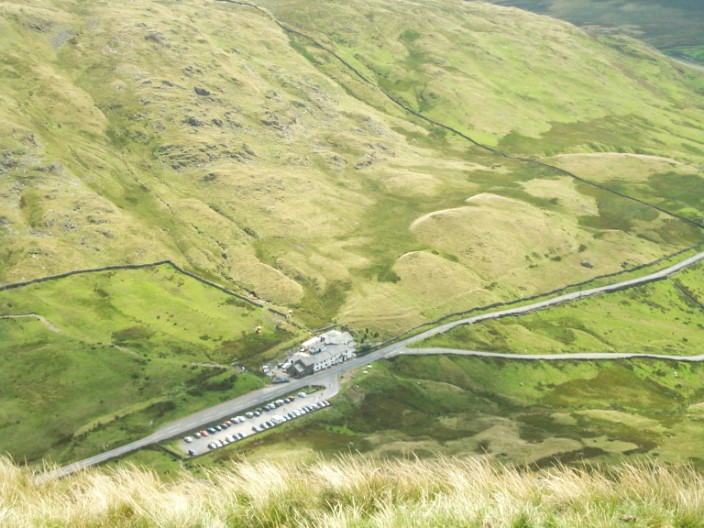 and the Kirkstone Inn gets further away 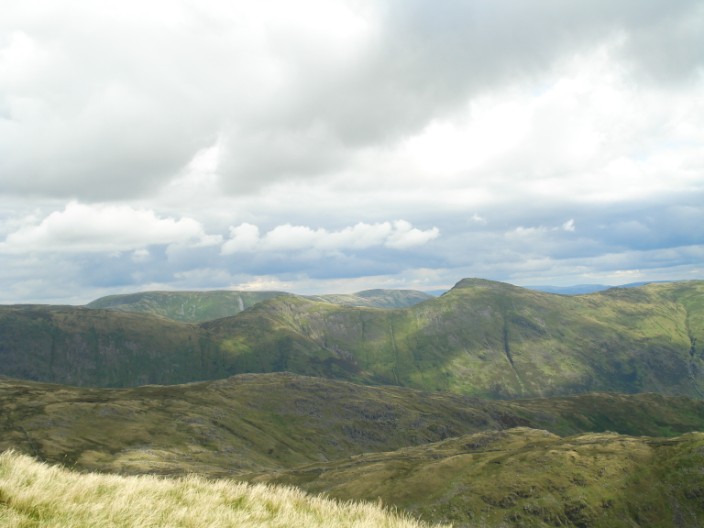 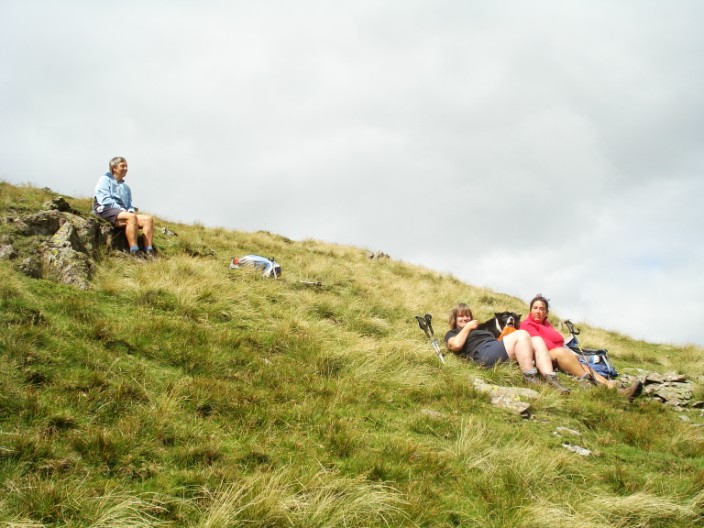 No time for lying down, Gill! 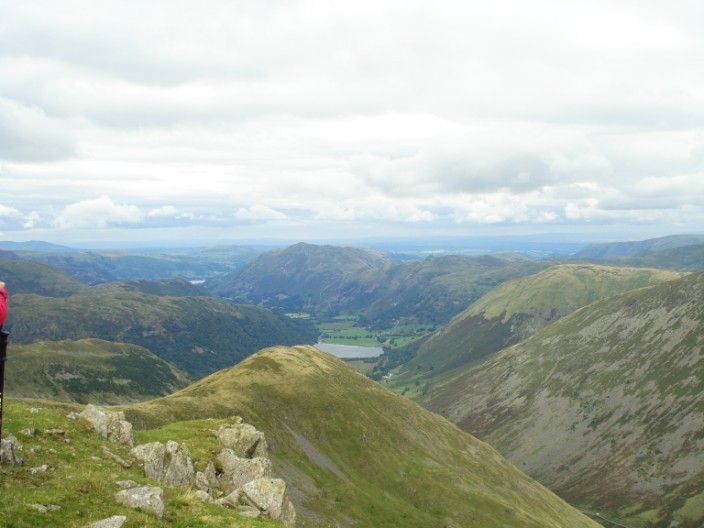 Middle Dodd reaches out from the summit of Red Screes . . . 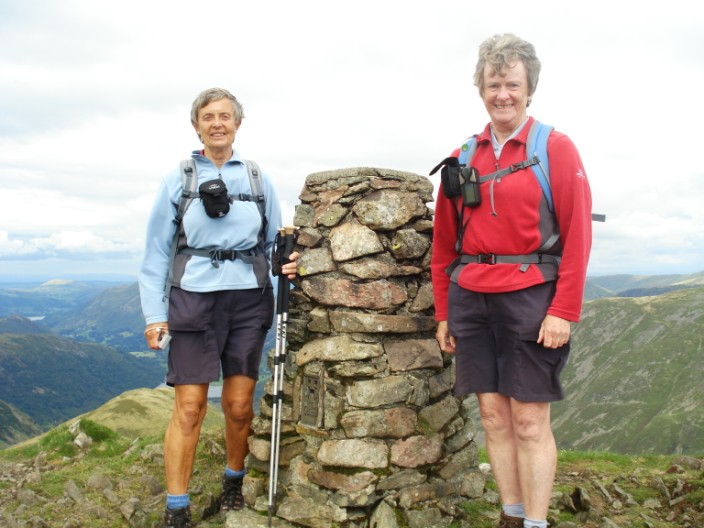 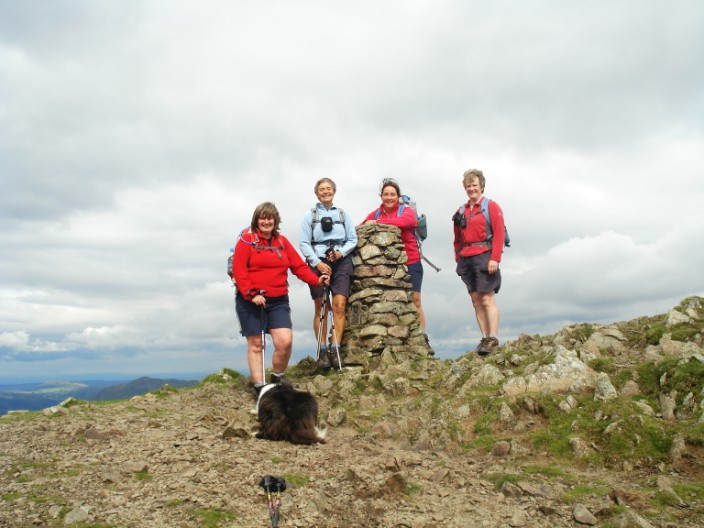 and a passer by is roped in for a group shot 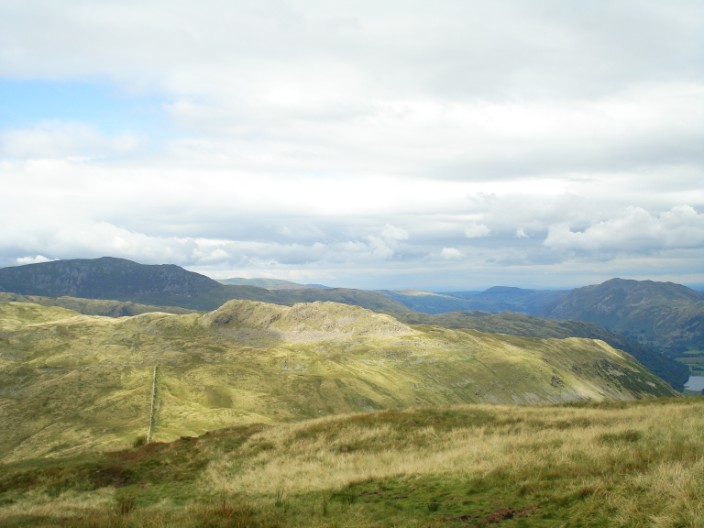 Little Hart Crag is highlighted by the sun . . . 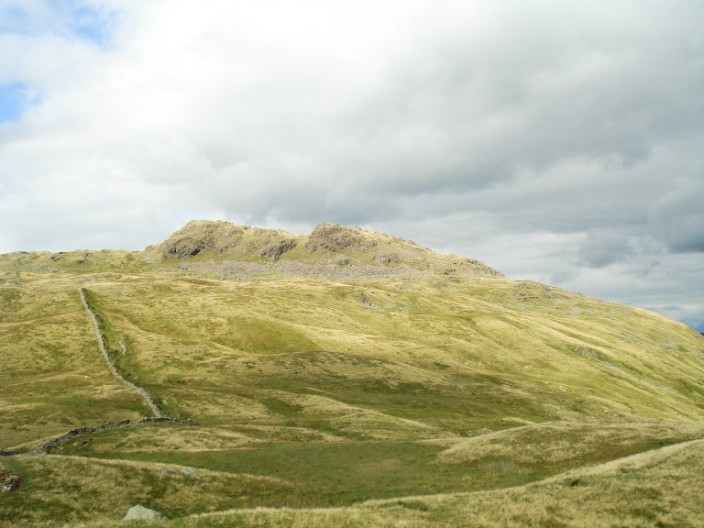 and again from the path down to Scandale Pass . . . 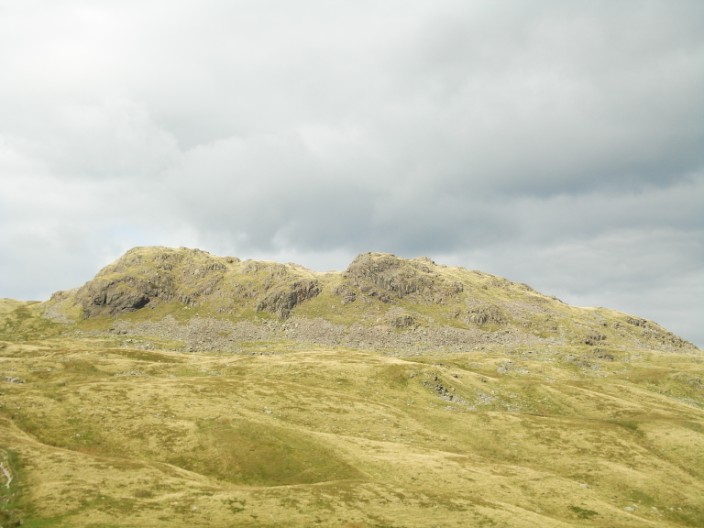 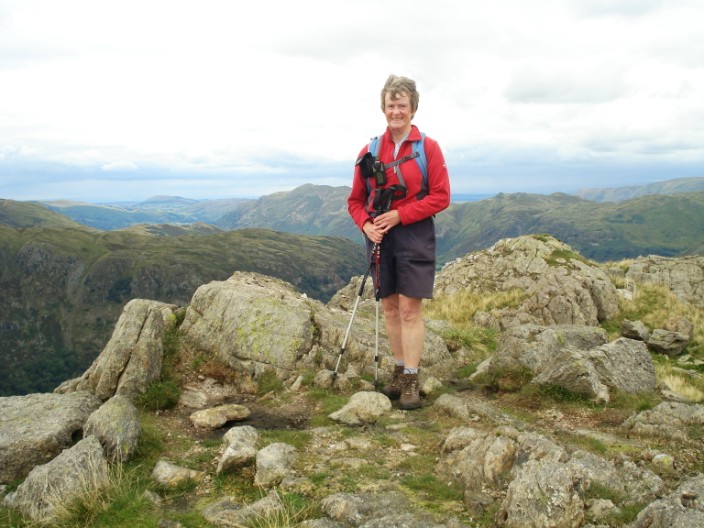 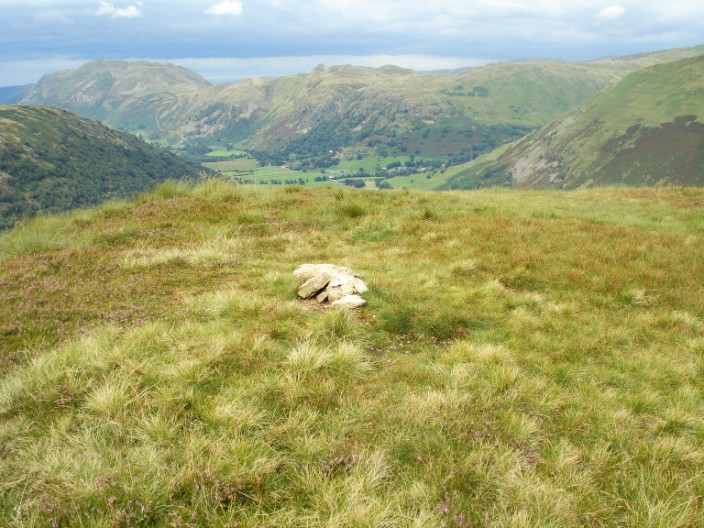 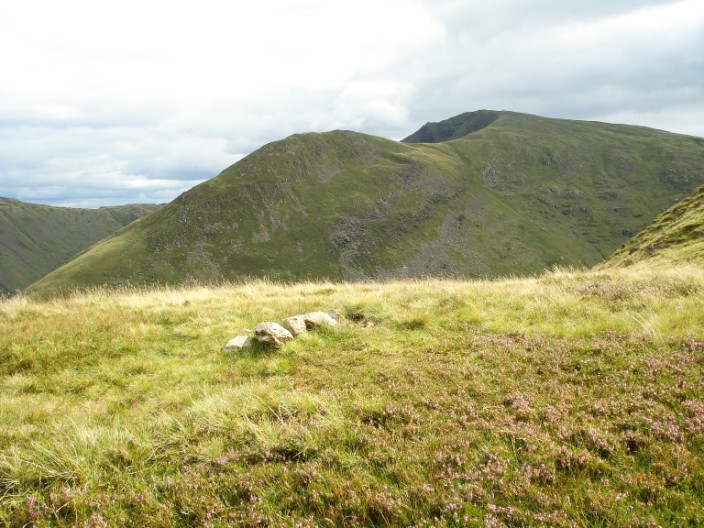 From here Red Screes and Middle Dodd look quite impressive . . . 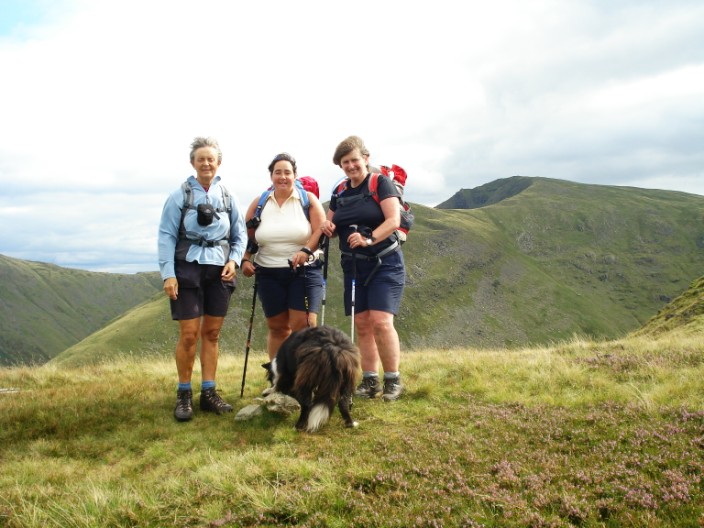 if only Shep would face the other way! 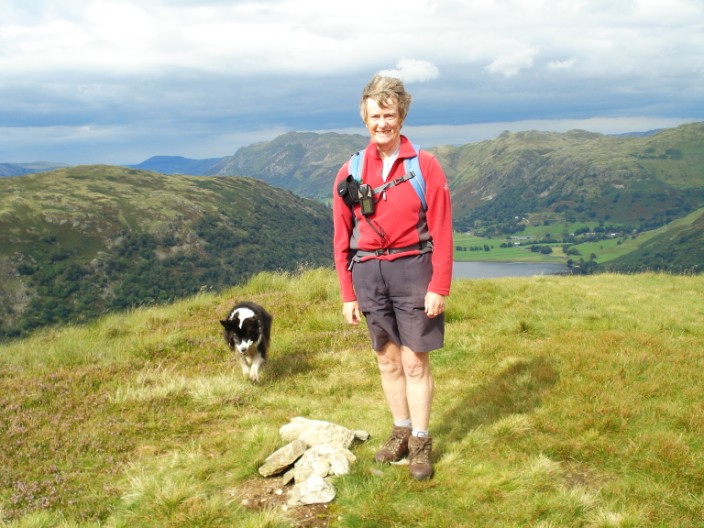 For once Shep is caught facing the camera 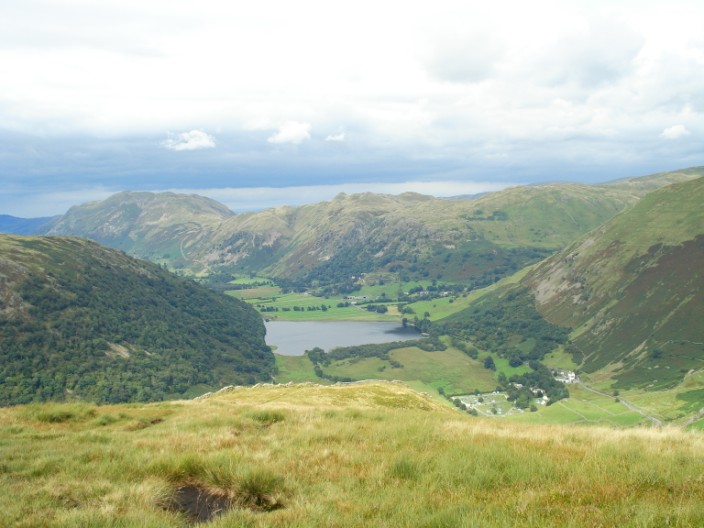 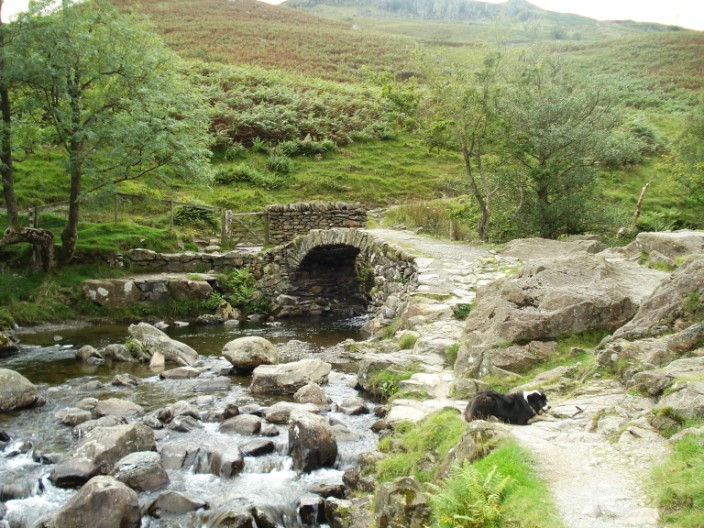