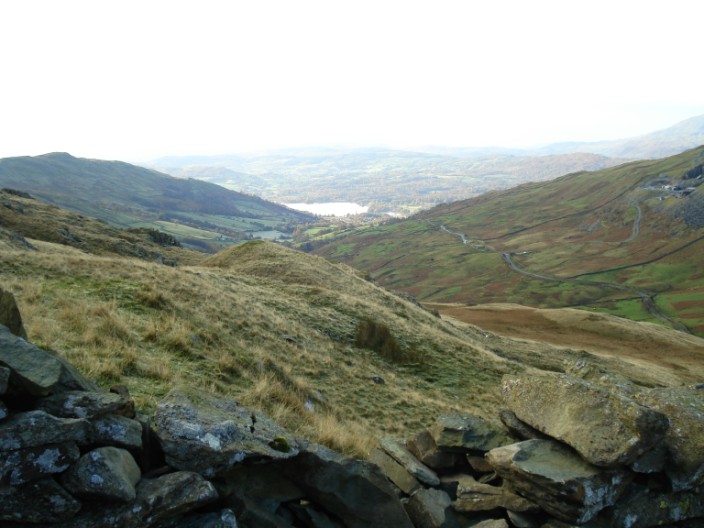 Looking back to Windermere from above the Kirkstone Inn . . . 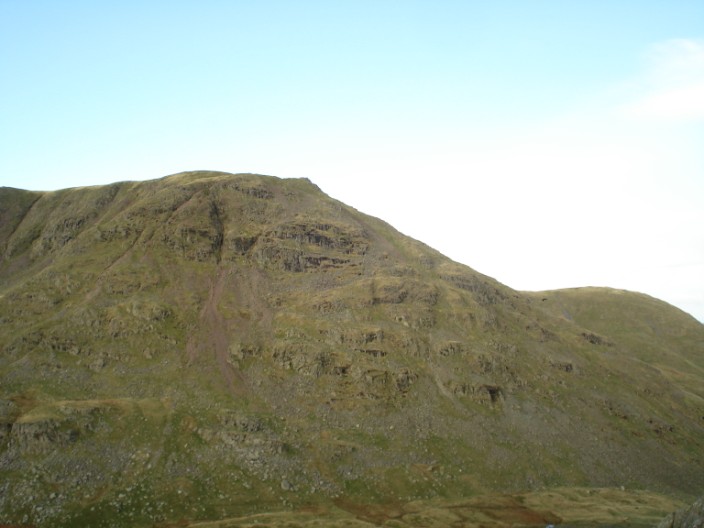 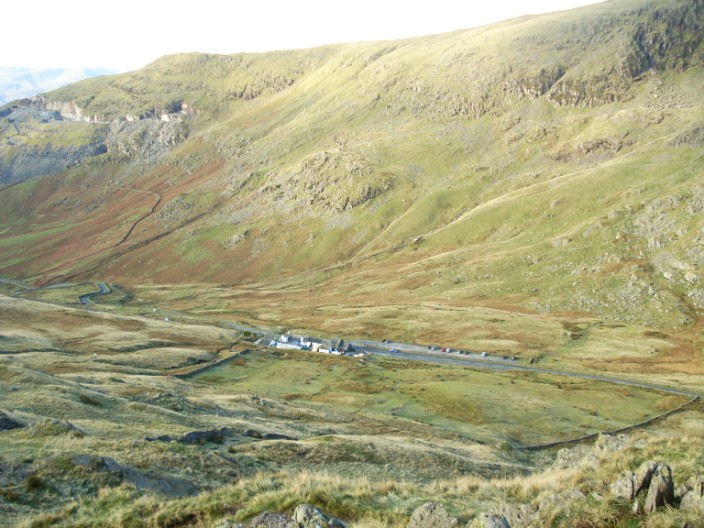 and back down to Kirkstone Pass 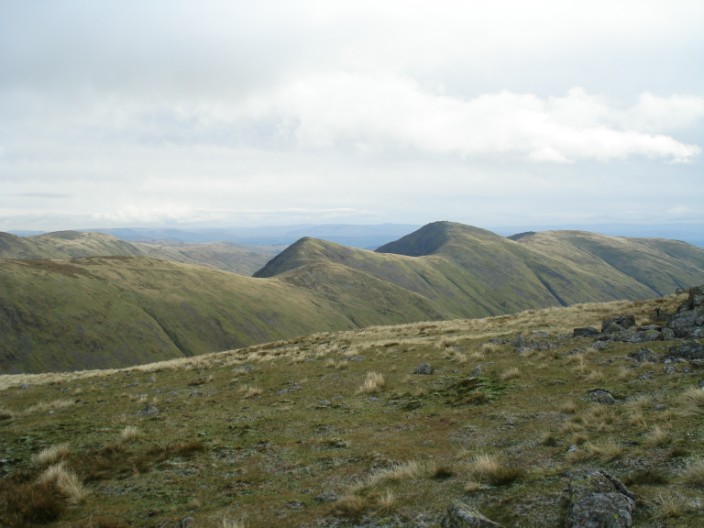 From Stony Cove Pike the 'ups and downs' of Yoke, Ill Bell and Froswick can be clearly seen . . . 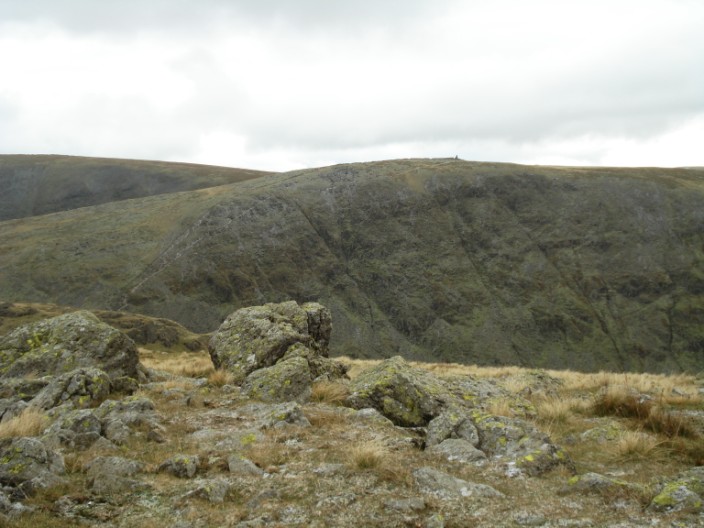 and Thornthwaite Crag is 'just across the hause' 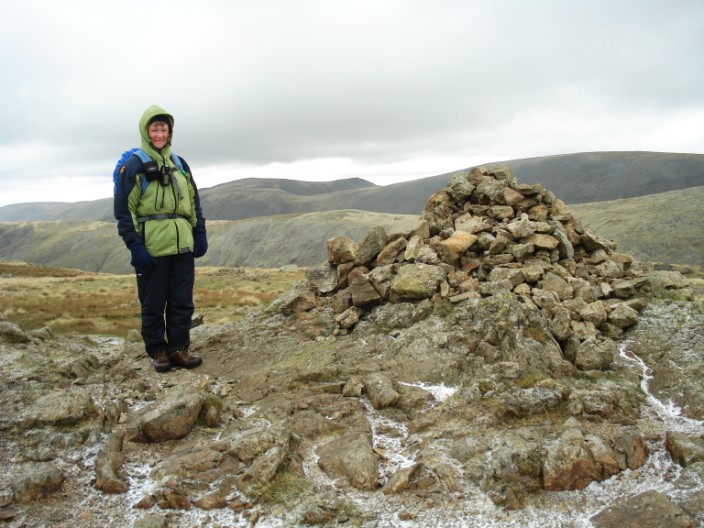 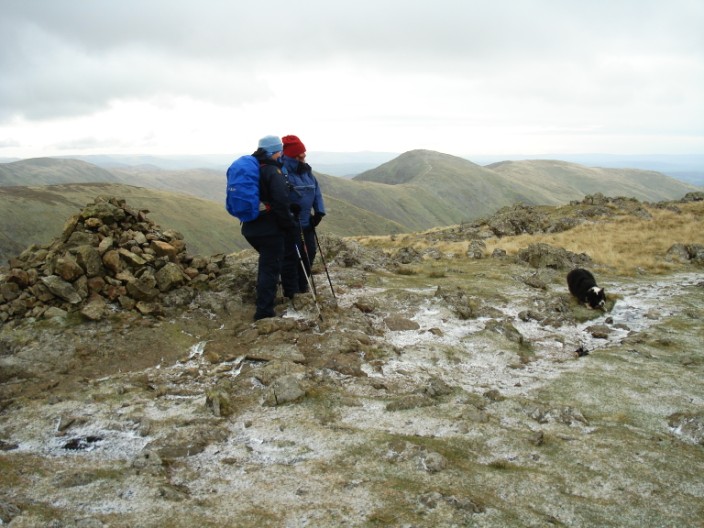 where Gill and Andrea pose for Marie

Our route now leads down to Hartsop Dodd, with Ullswater just appearing to the right 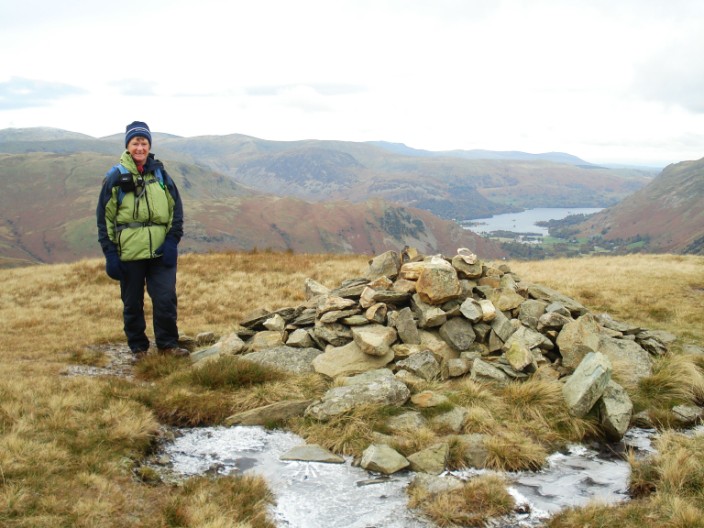 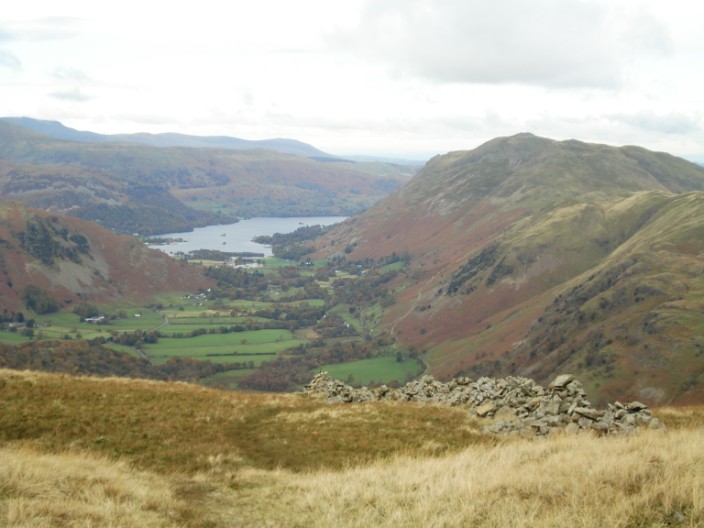 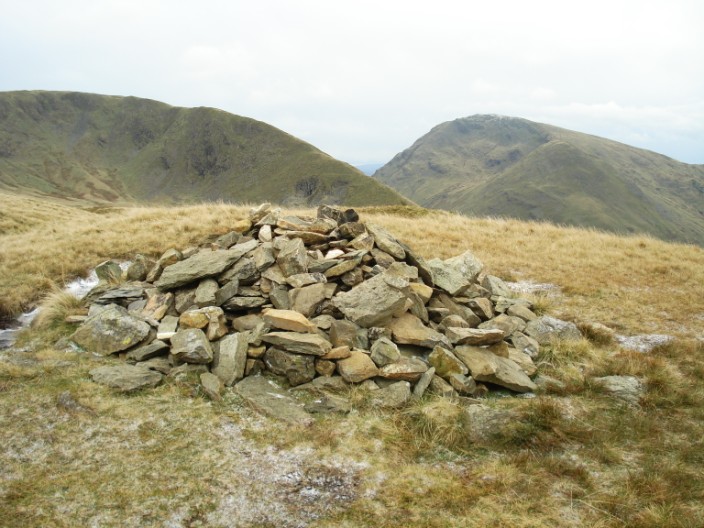 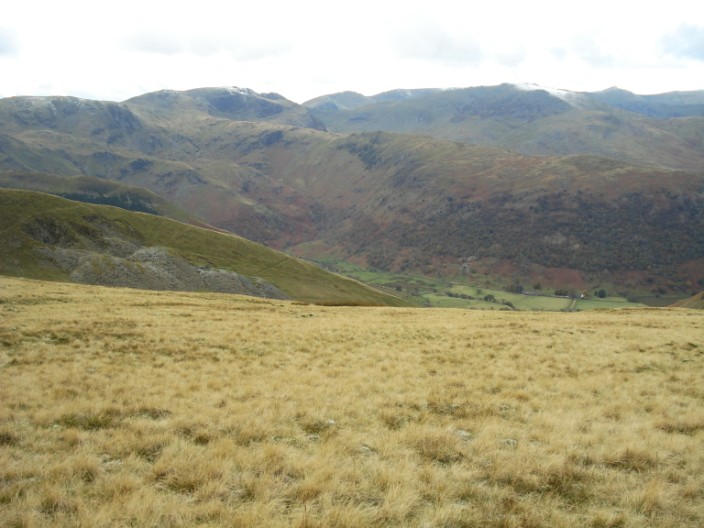 The Dovedale Valley leads up to Hart Crag and Fairfield, with the Helvellyn Fells leading off to the right 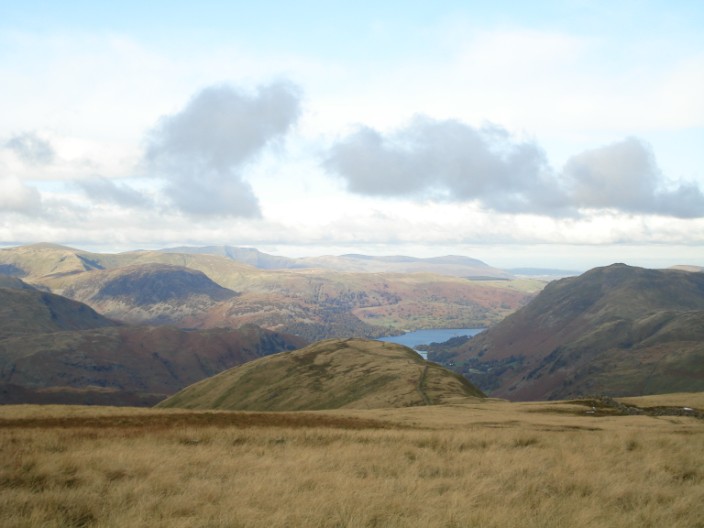 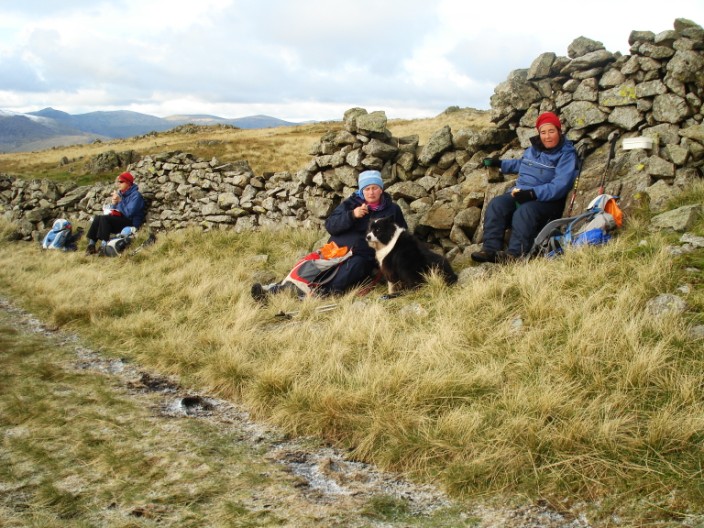 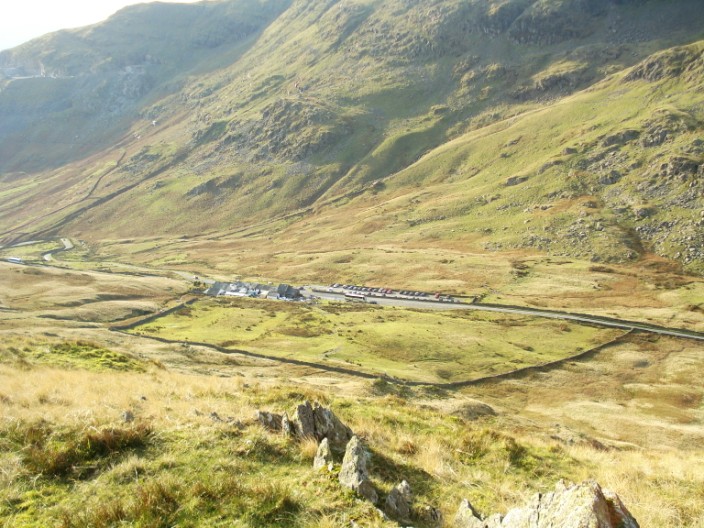 The sun welcomes us back to the Kirkstone Pass . . . 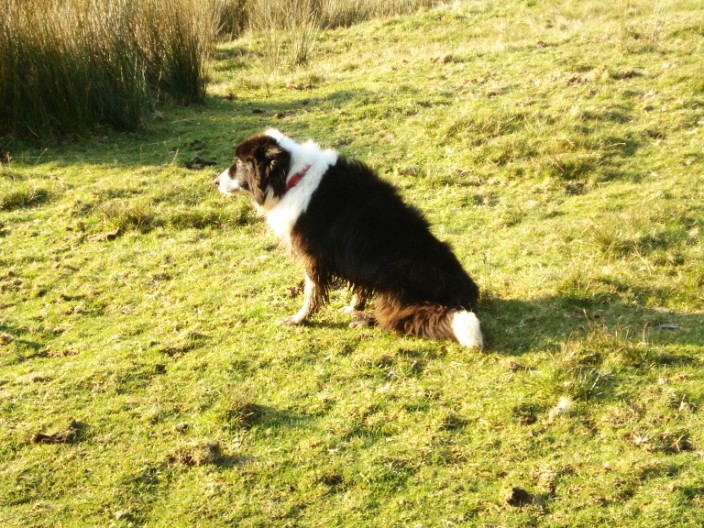 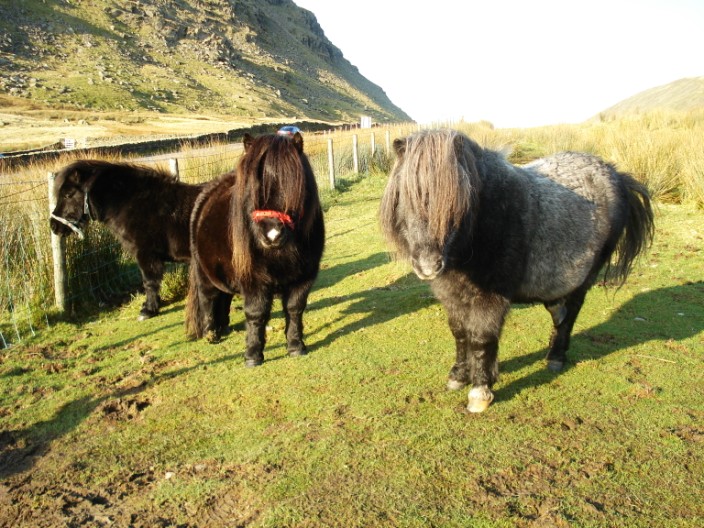 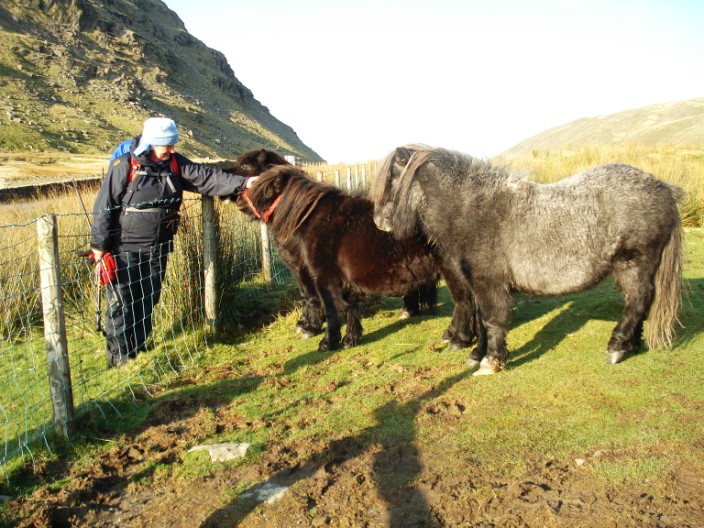 who enjoy some attention from Gill