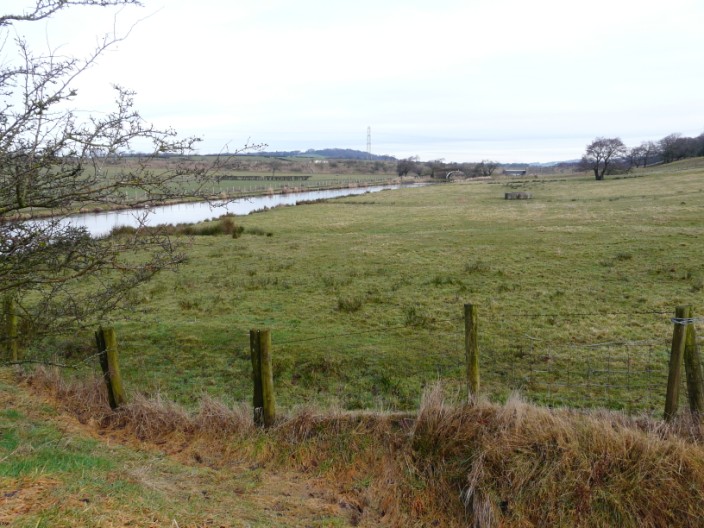 Heading down to the Leeds & Liverpool canal . . . 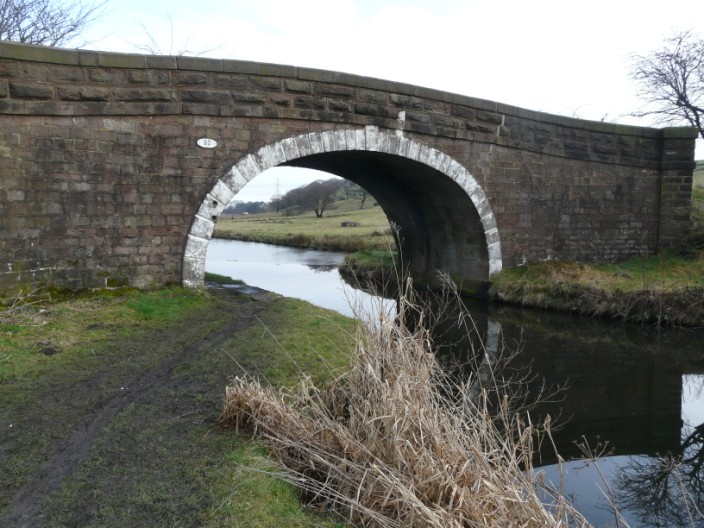 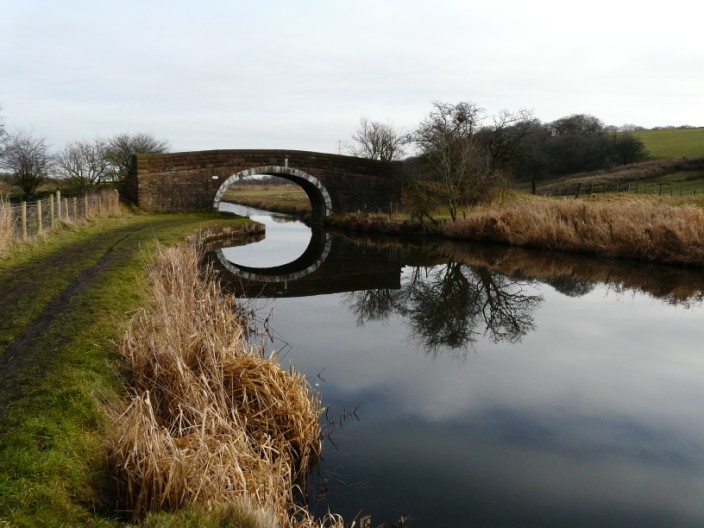 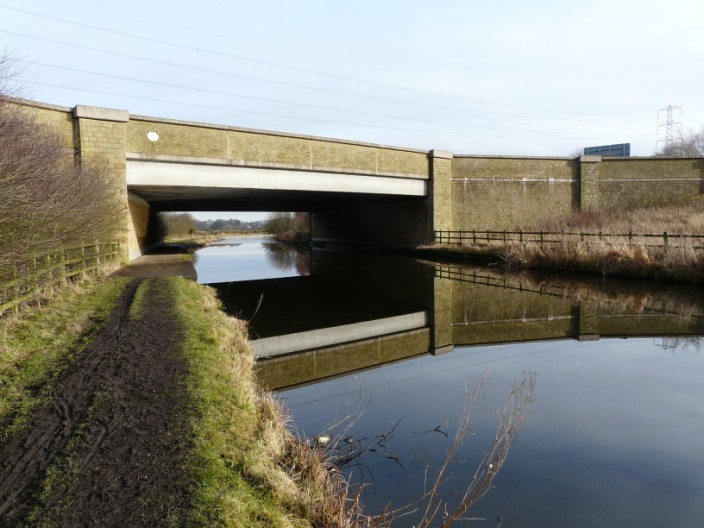 but the motorway bridge is quite a different construction 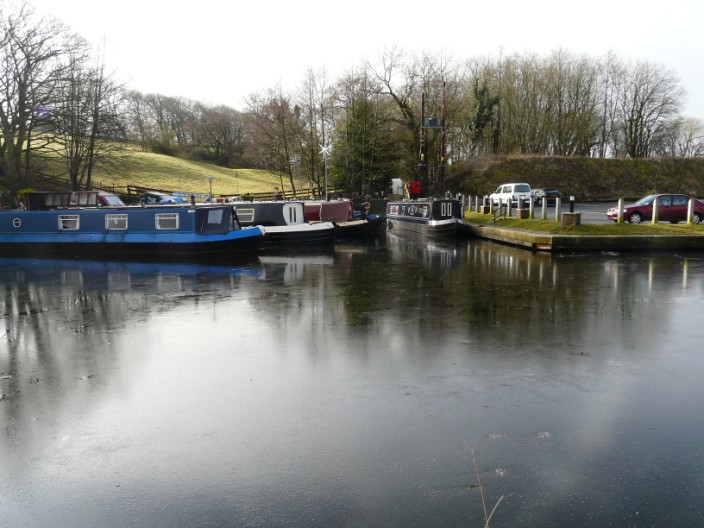 Narrowboats at the Boatyard PH 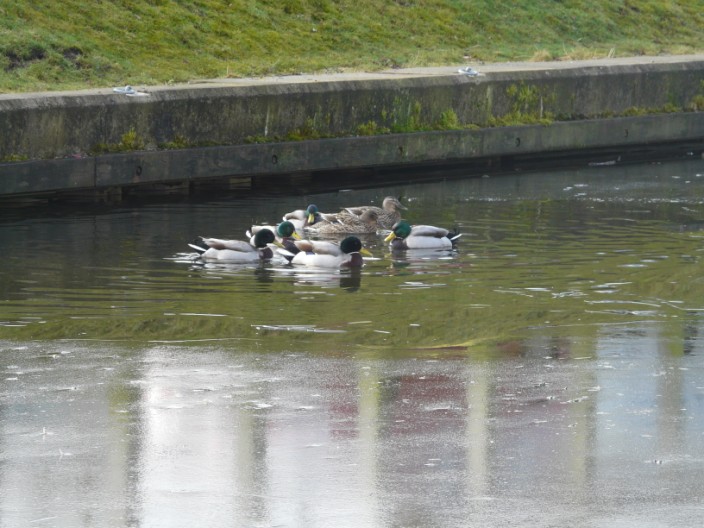 The ducks are surrounded by ice . . . 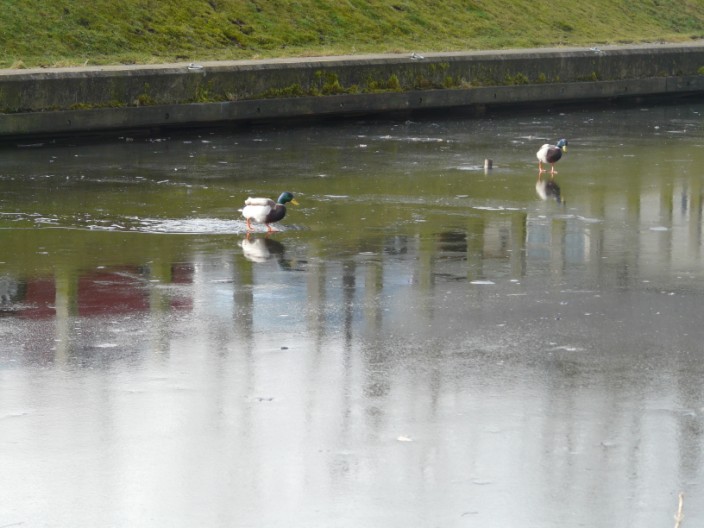 but a couple make an escape 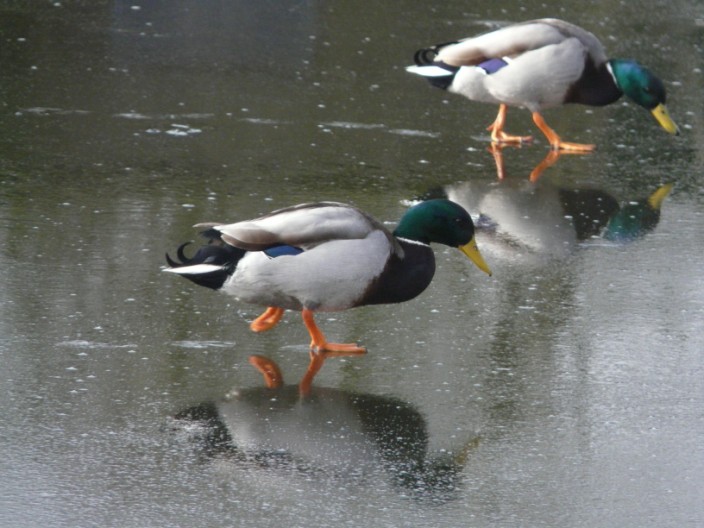 'Do you think we could win Dancing on Ice?' 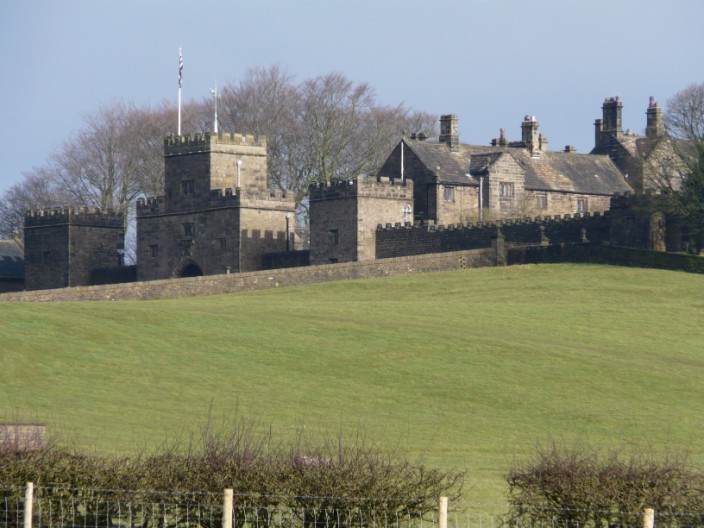 Houghton Tower, one of the finest old houses in Lancashire 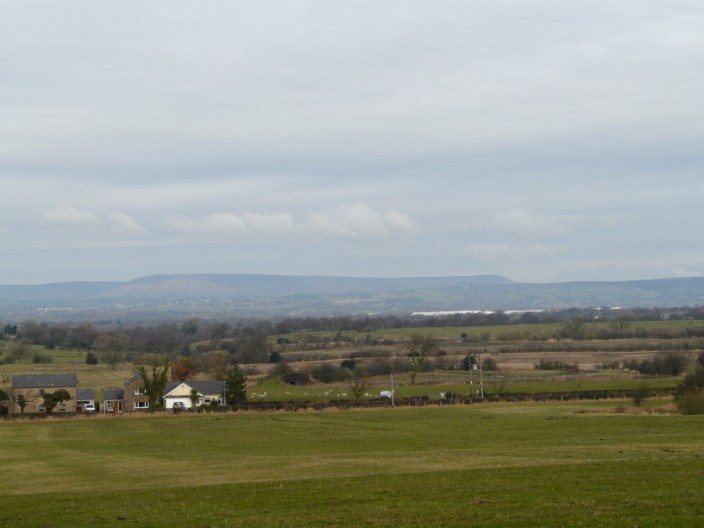 Longridge Fell in the distance 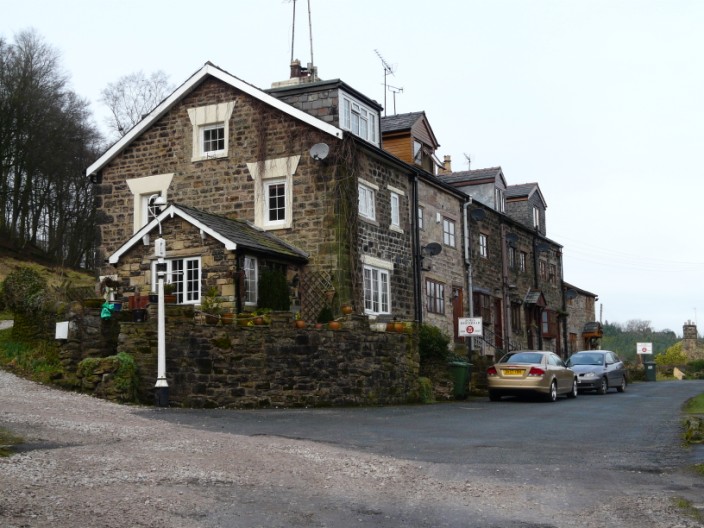 Cottages at the old mill settlement of Houghton Bottoms 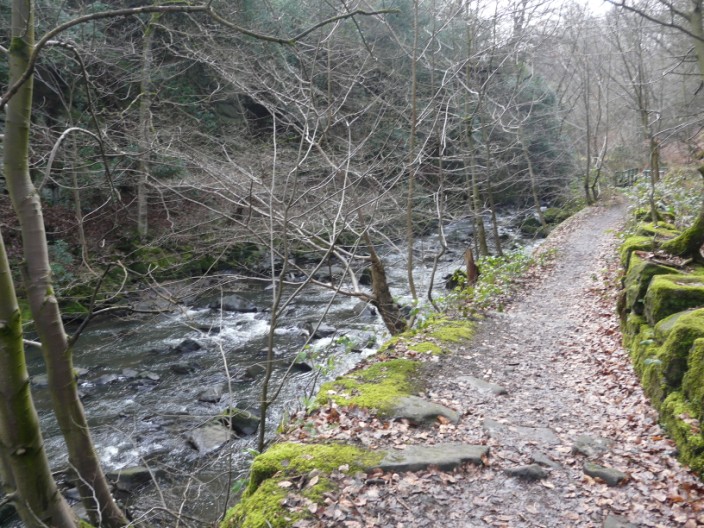 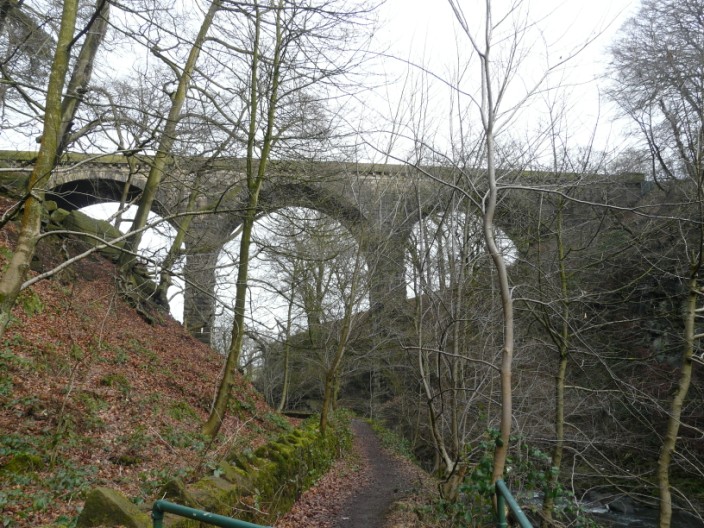 with its impressive viaduct . . . 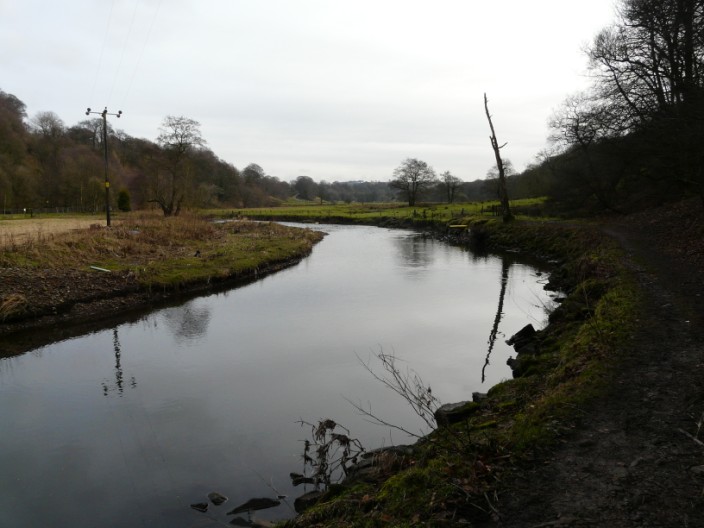 The valley broadens as the path tracks upstream 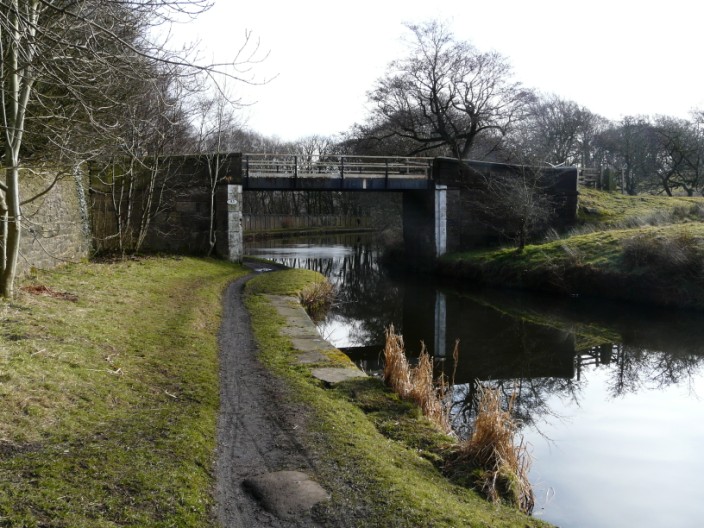 Back to the canal, but the bridge is a much more mundane affair than the previous ones 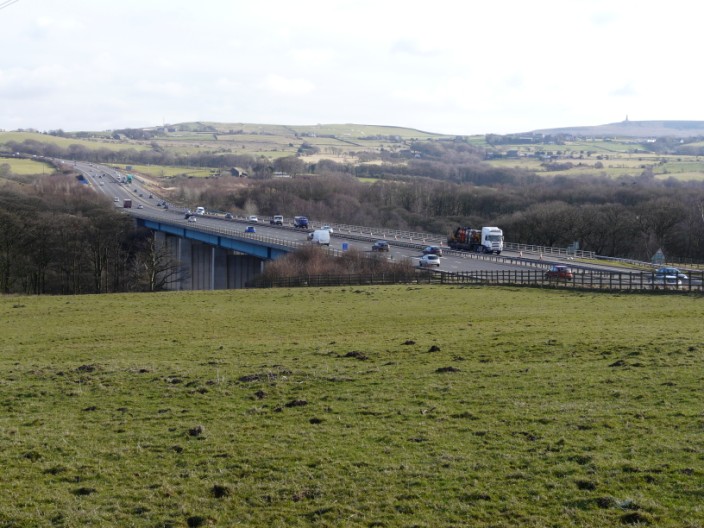 And back to the modern world of motorways!!!