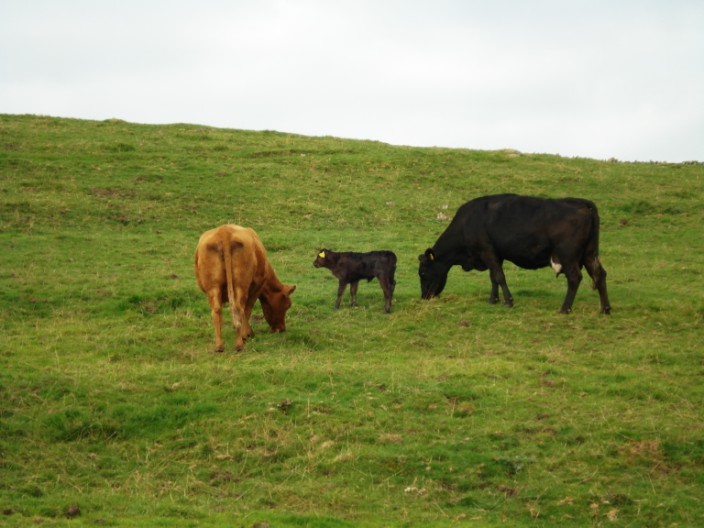 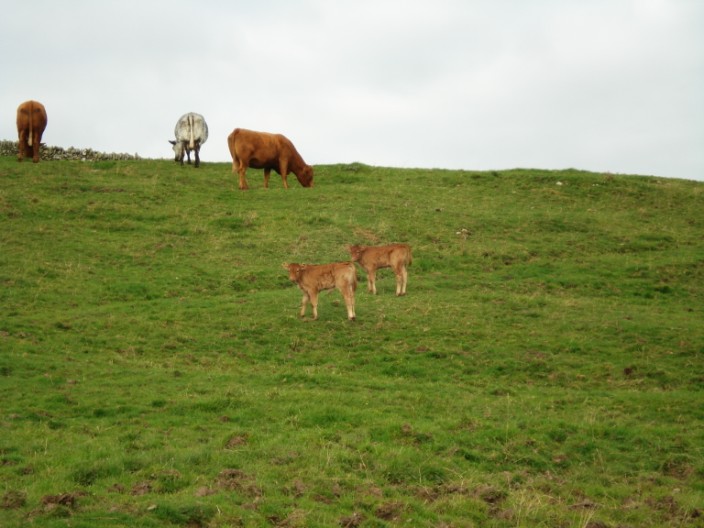 and are these twins? 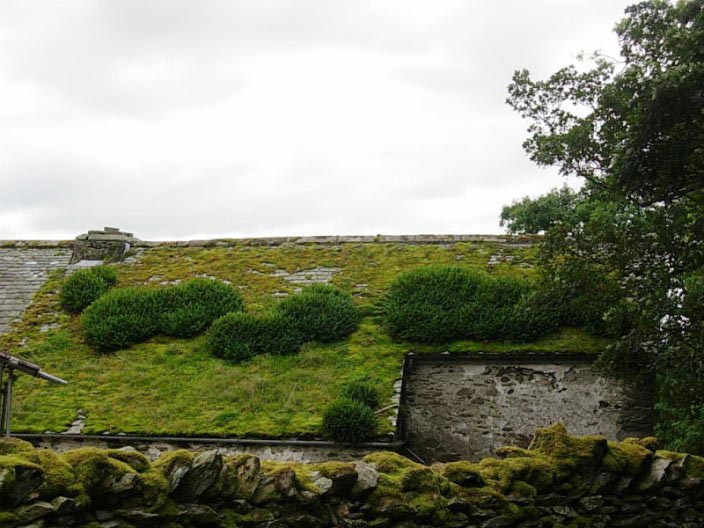 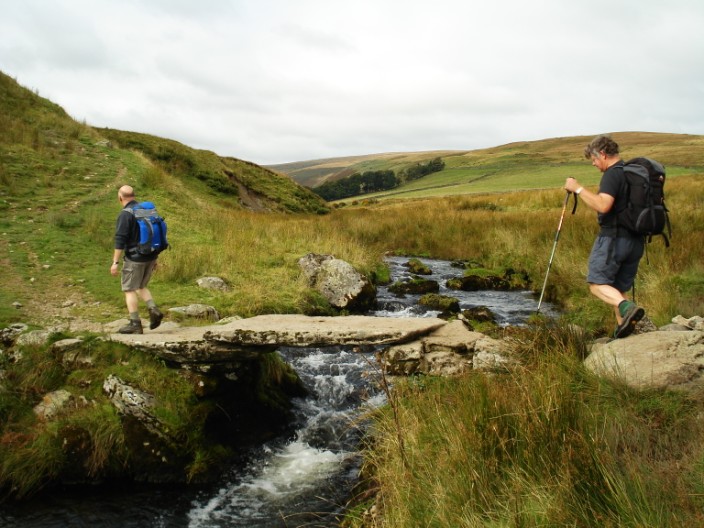 A slab bridge takes us over Cawdale Beck . . . 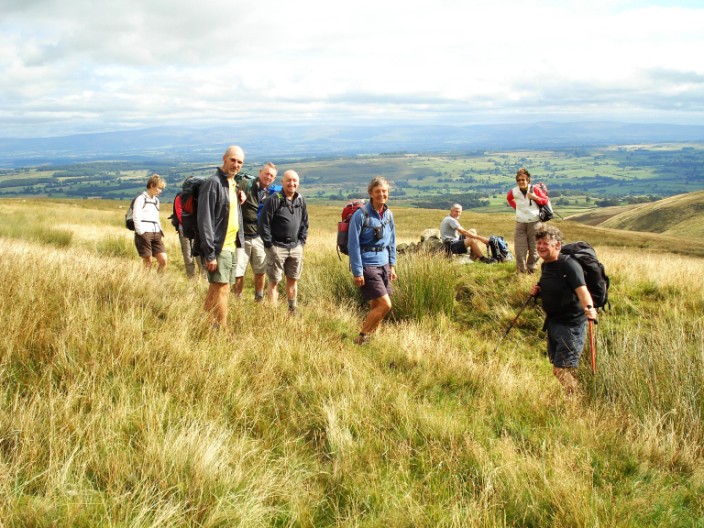 and time for morning coffee on Bampton Common 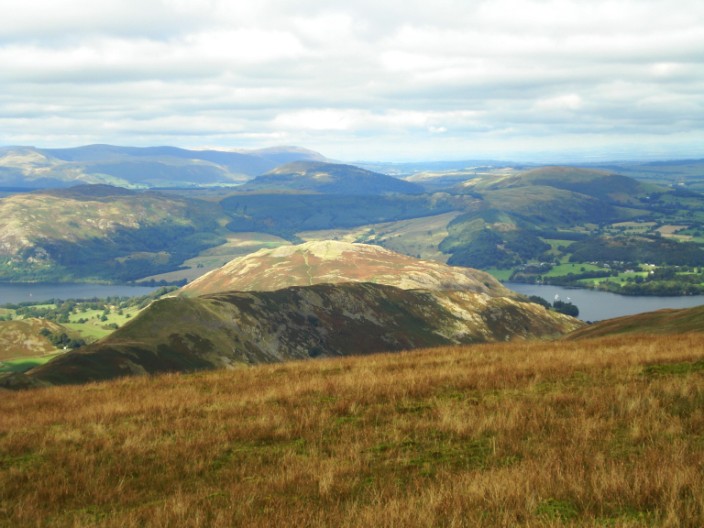 Hallin Fell and Ullswater are in view as we head to . . . 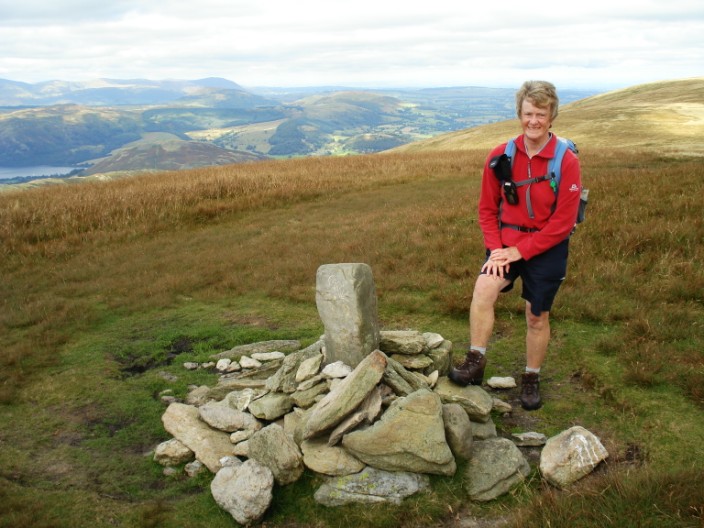 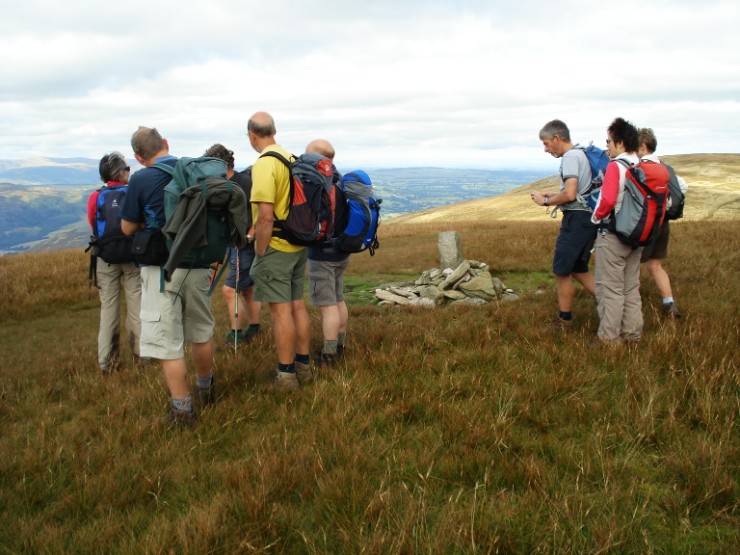 where the group check out the fell tops 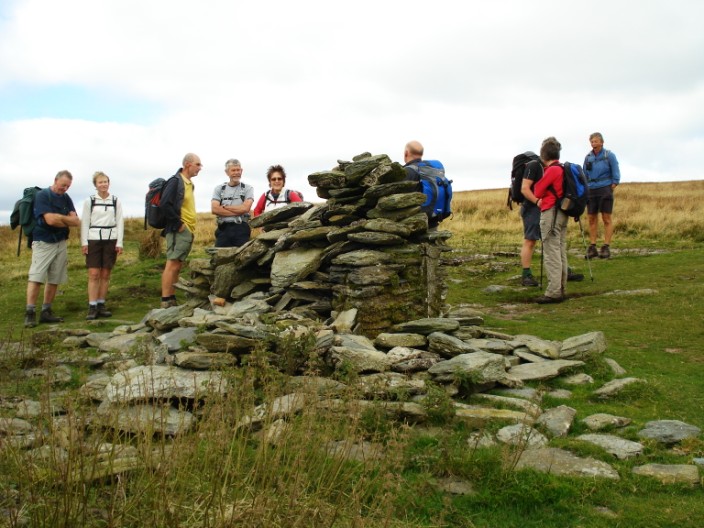 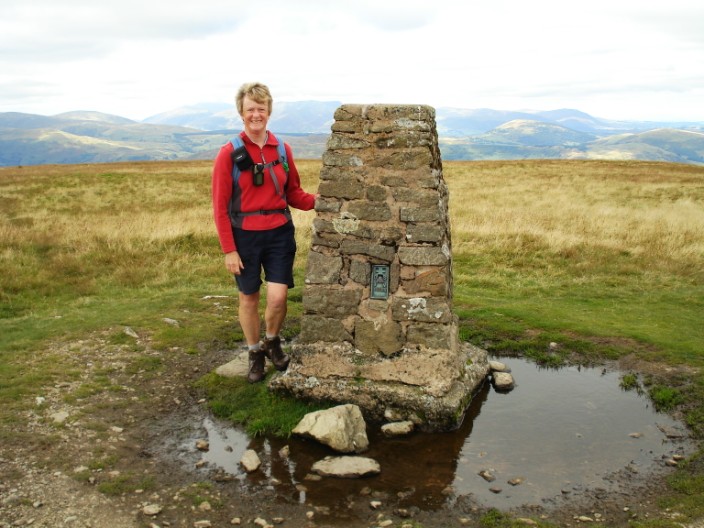 Loadpot Hill, with its usual puddle . . . 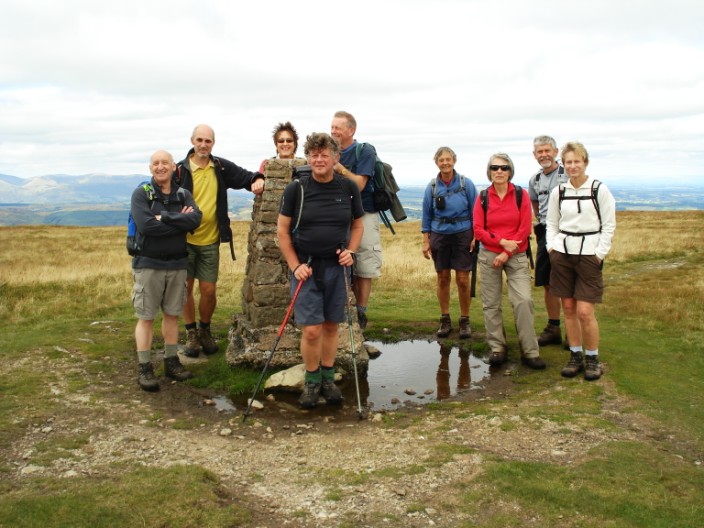 and the group is persuaded to pose for a photo 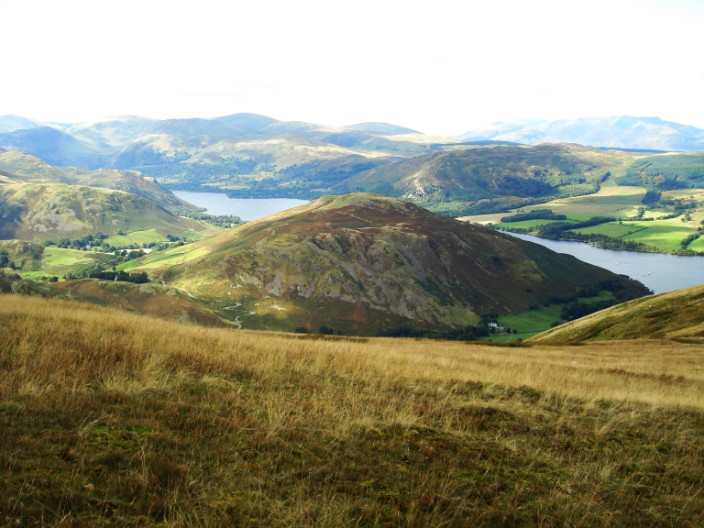 Hallin Fell with Gowbarrow Fell on the opposite side of Ullswater . . . 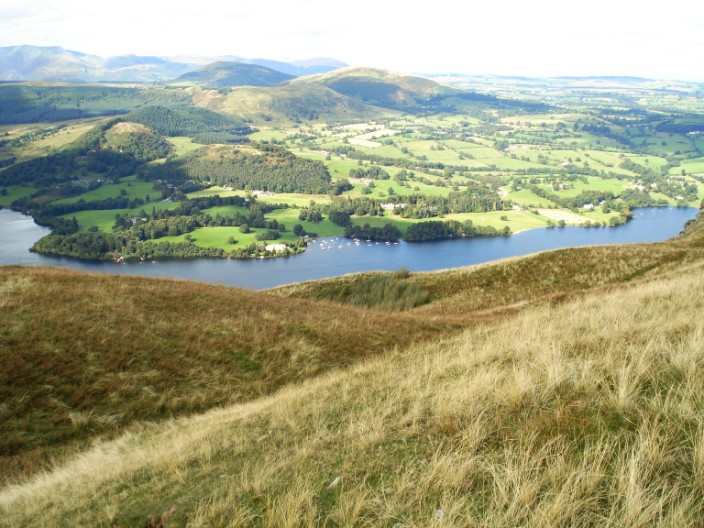 and a change of direction brings the Mell Fells into view 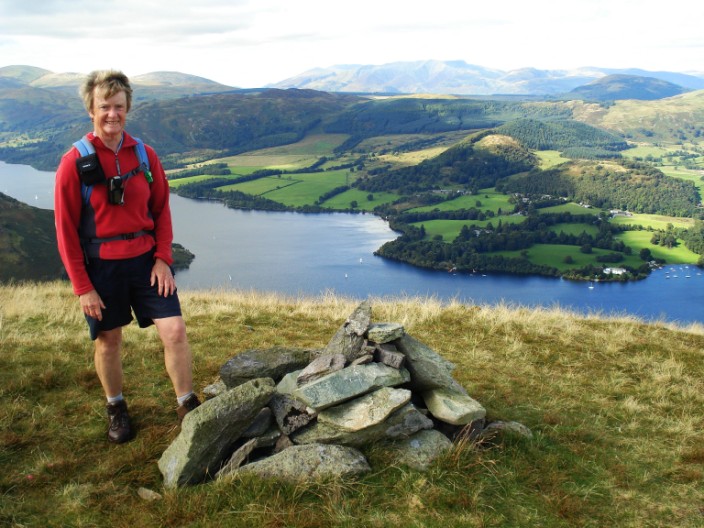 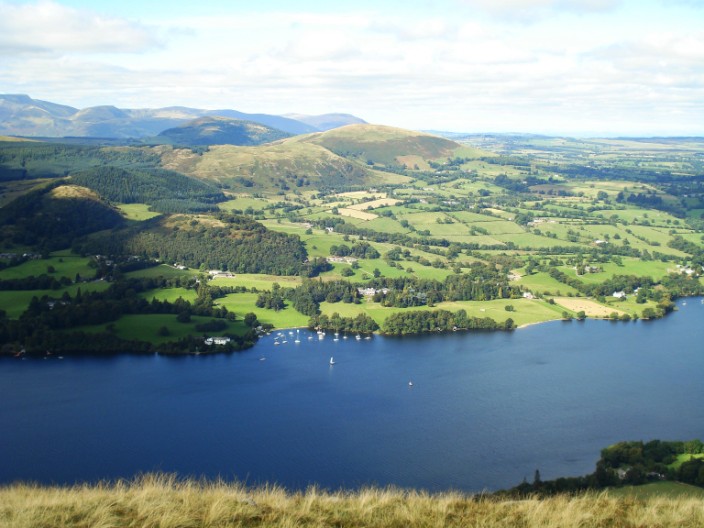 across Ullswater to Oldchurch Bay . . . 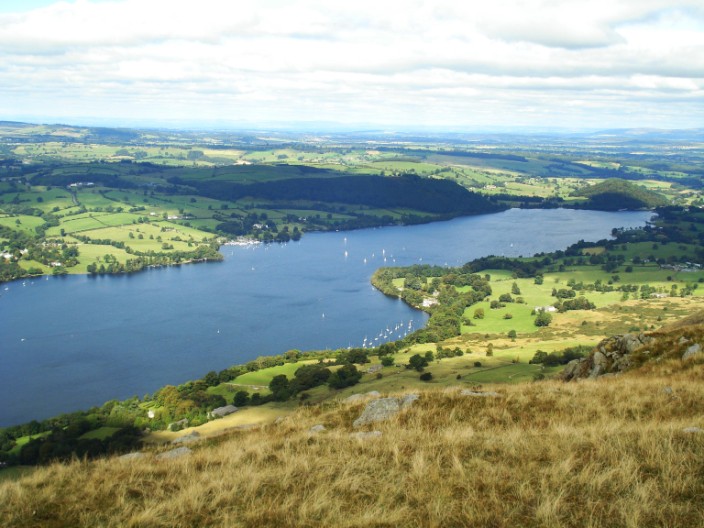 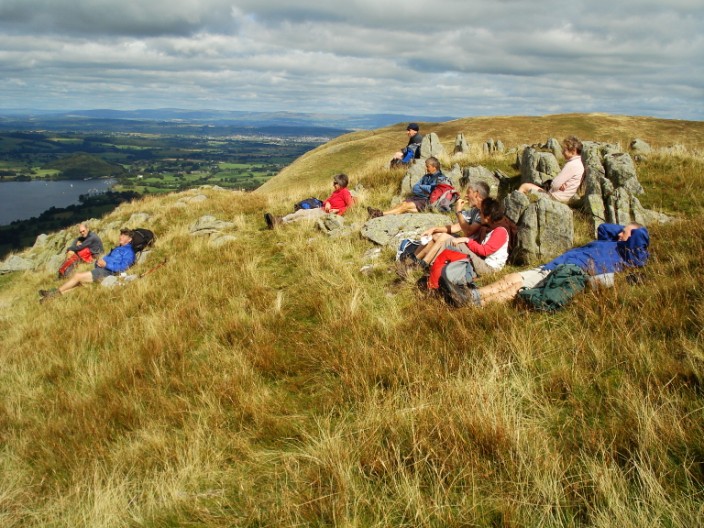 John and Ray relax after lunch on the slopes of Bonscale Pike . . . 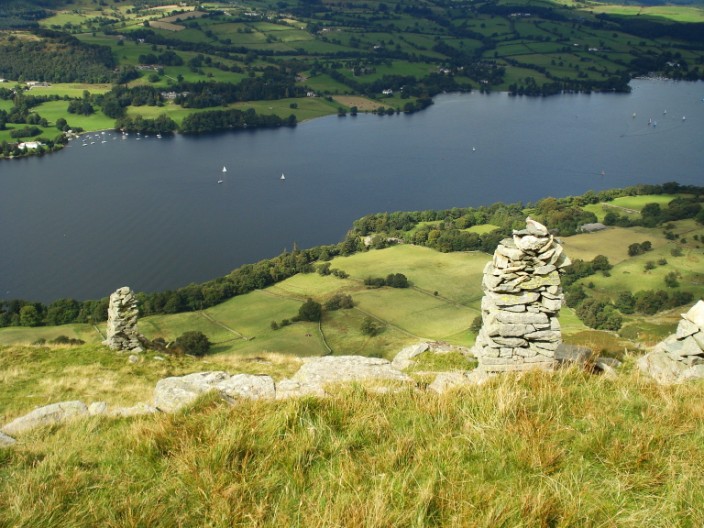 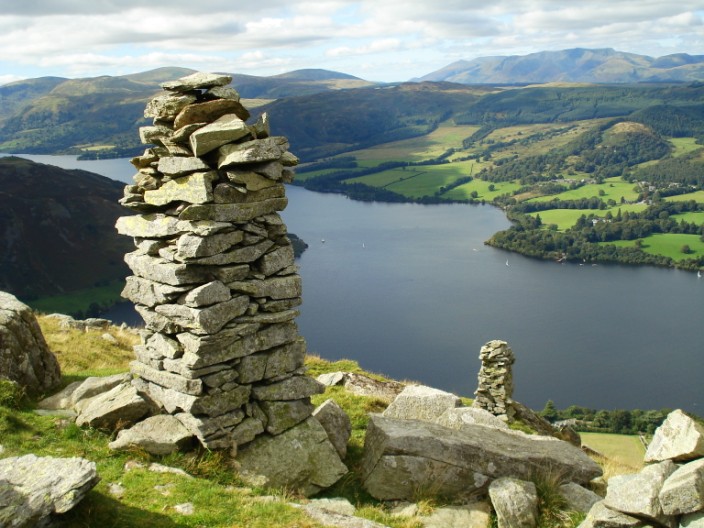 the lower one being Bonscale Tower 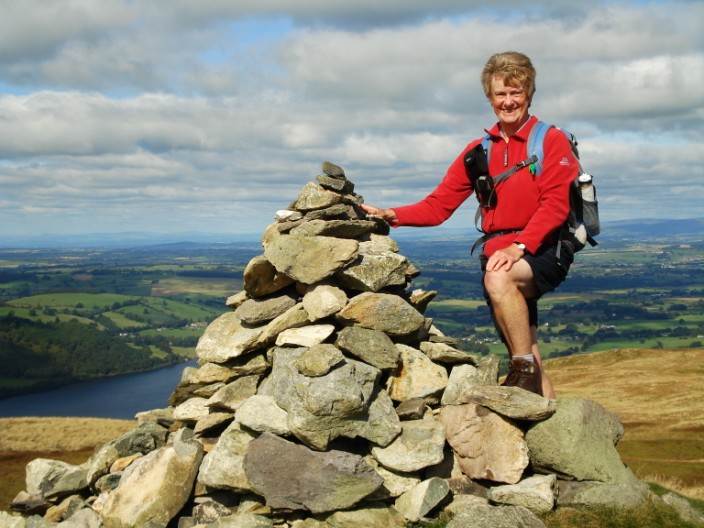 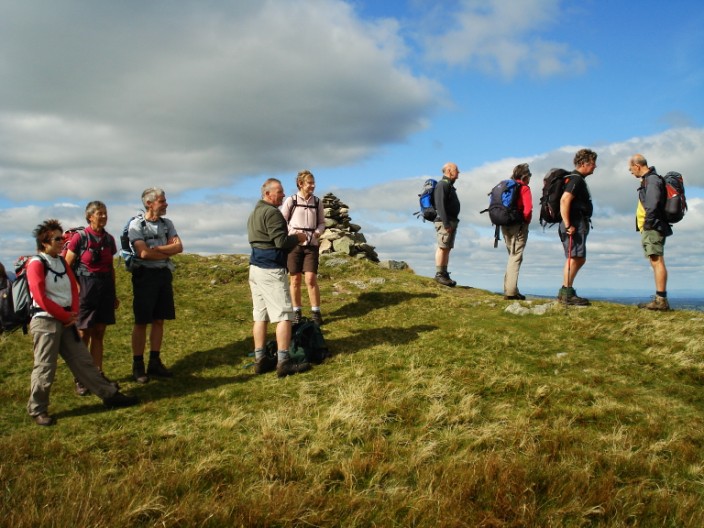 and catch the group in thoughtful mood . . . 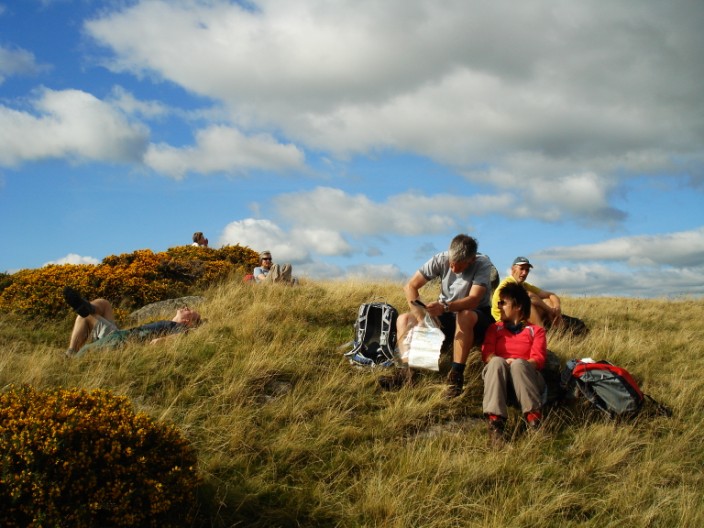