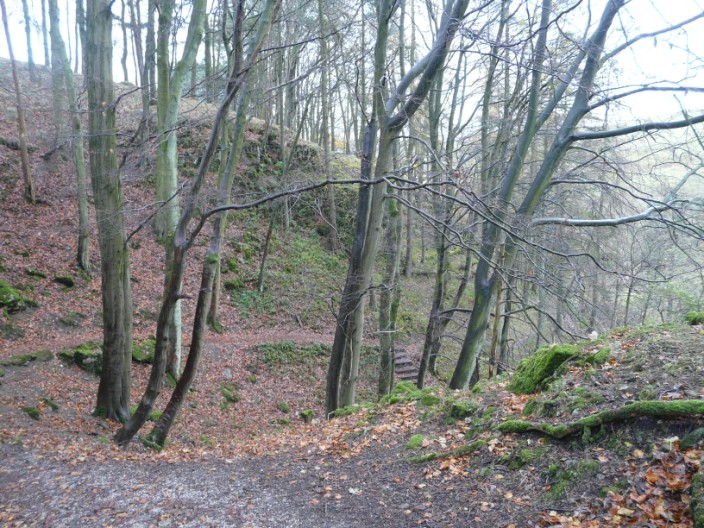 With no leaves on the trees much more of the woodland is seen as I head for . . . 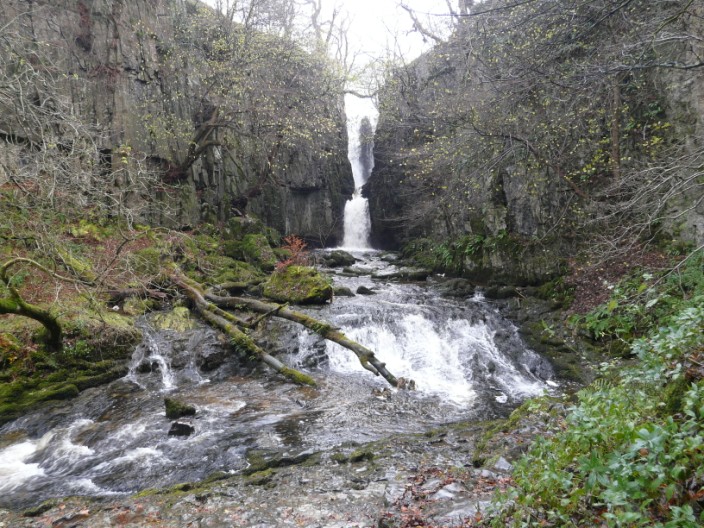 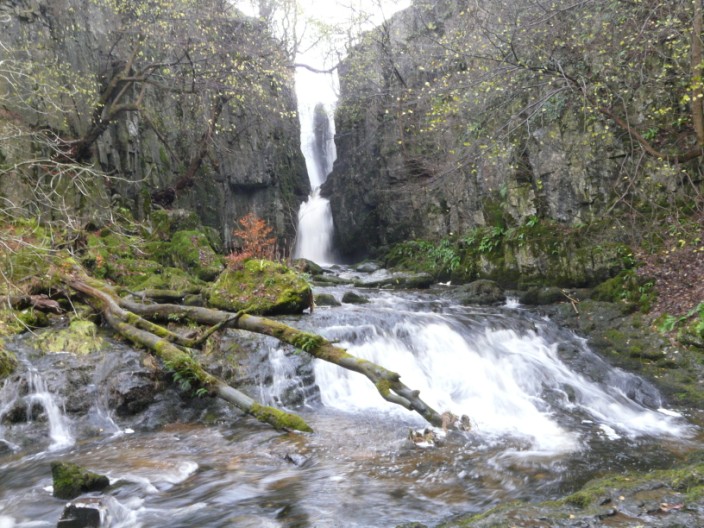 and experiment with the camera to photograph the movement of the water . . . 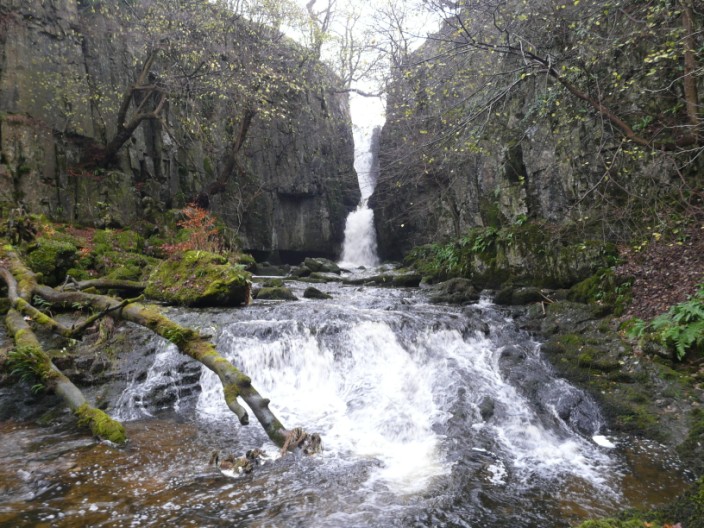 and try out different angles . . . 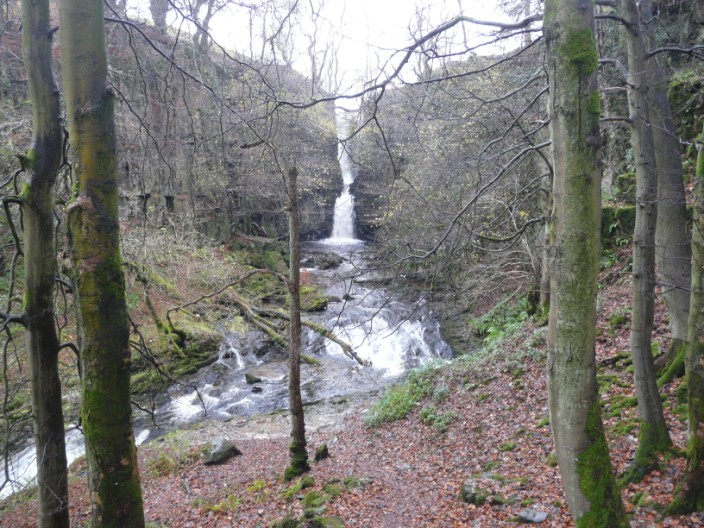 plus one as I leave 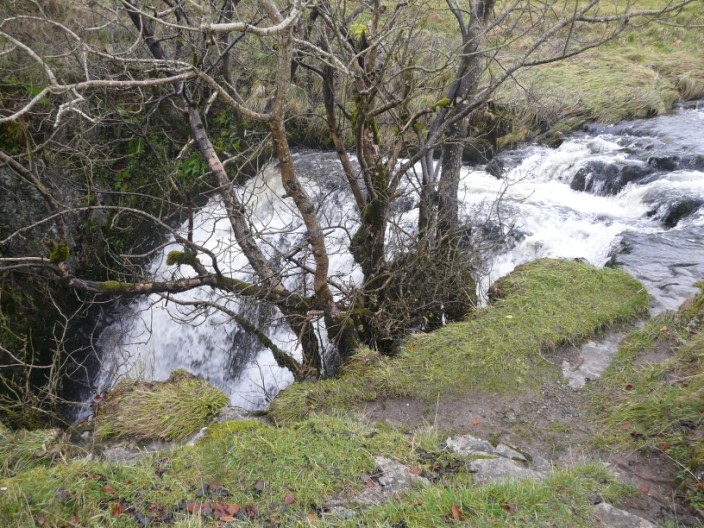 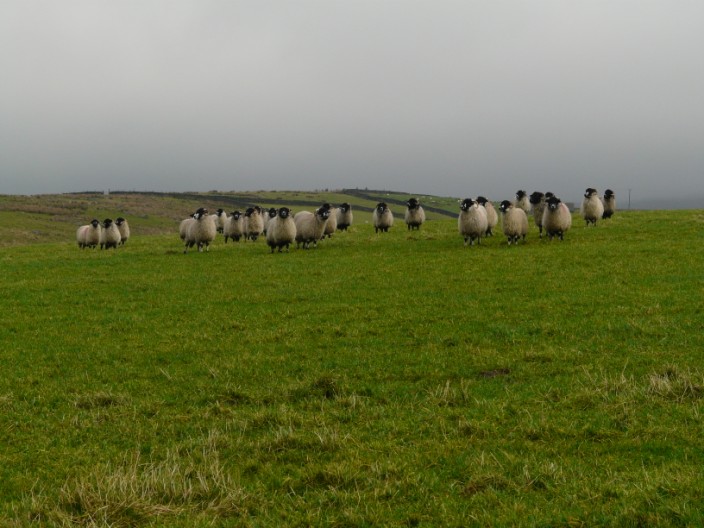 We've all got our eyes on you! 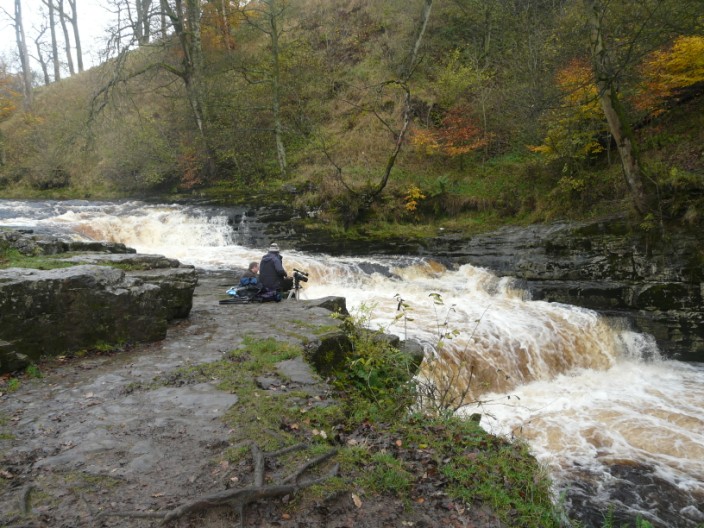 Stainforth Force - shame about the photographers . . . 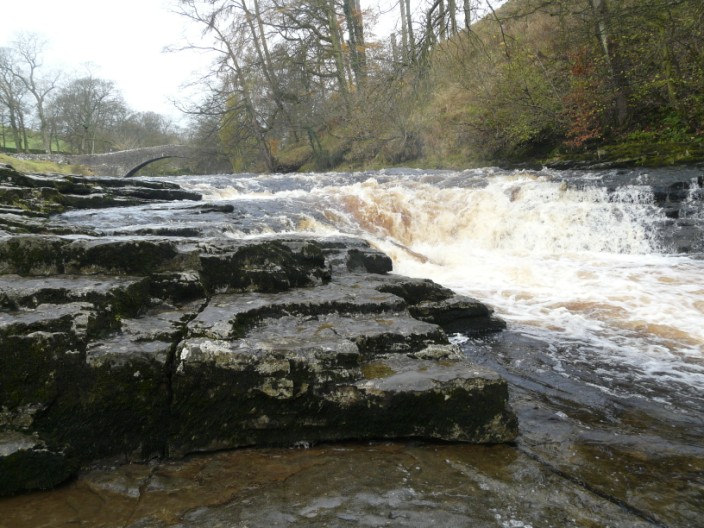 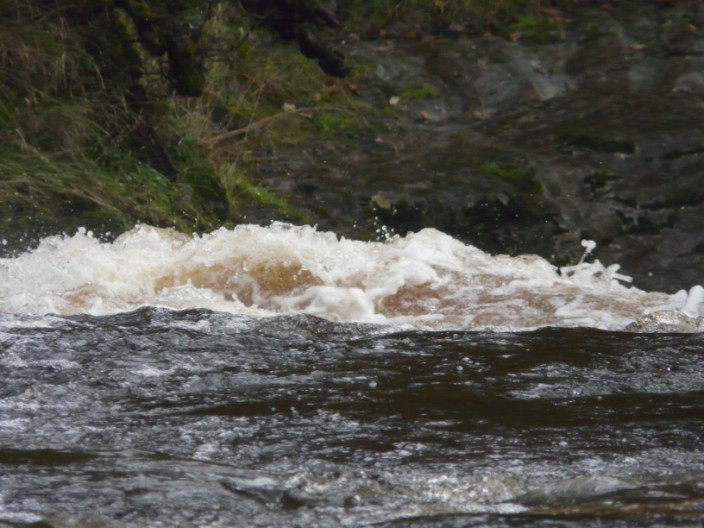 While eating lunch on the banks of the beck . . . 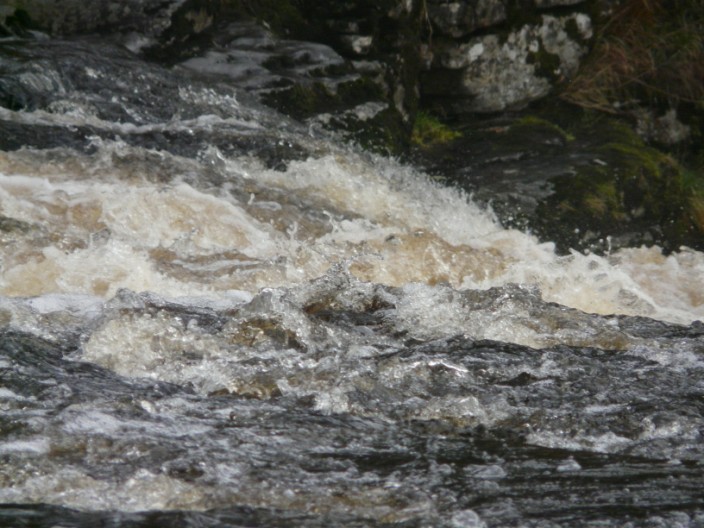 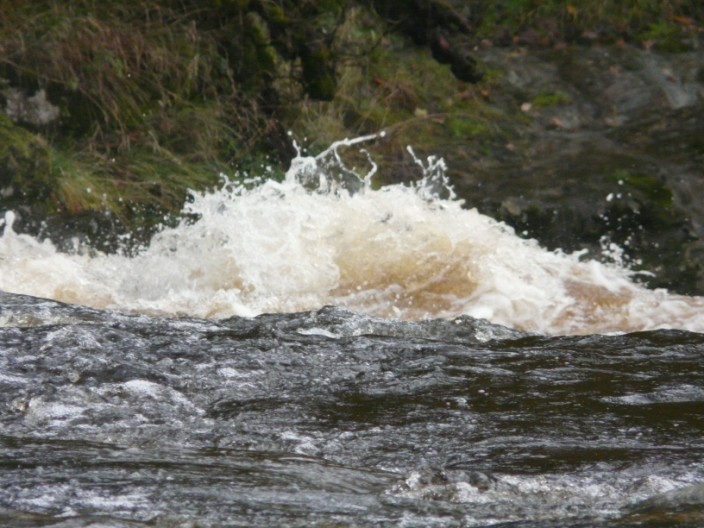 zooming in on the top of the Force 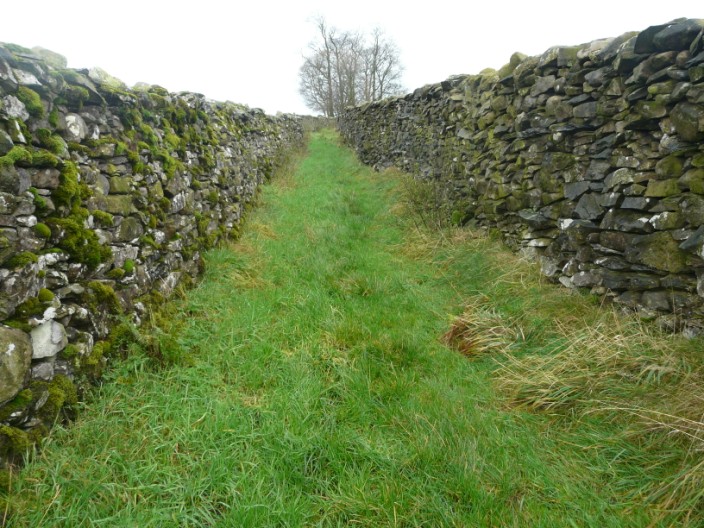 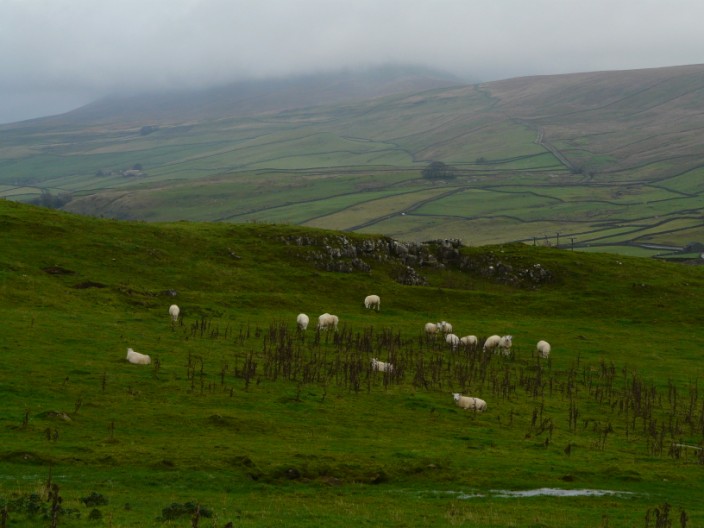 Pen-y-Ghent hides in clouds, from the slopes of Smearsett Scar 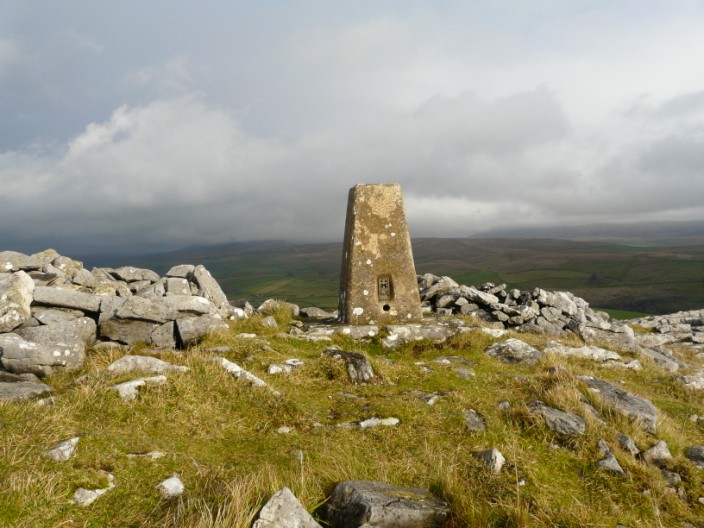 The sun peeps out for a shot on Smearsett Scar . . . 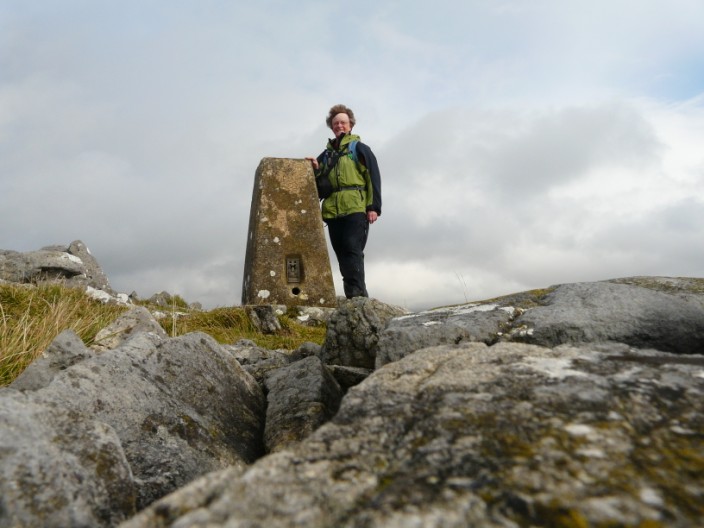 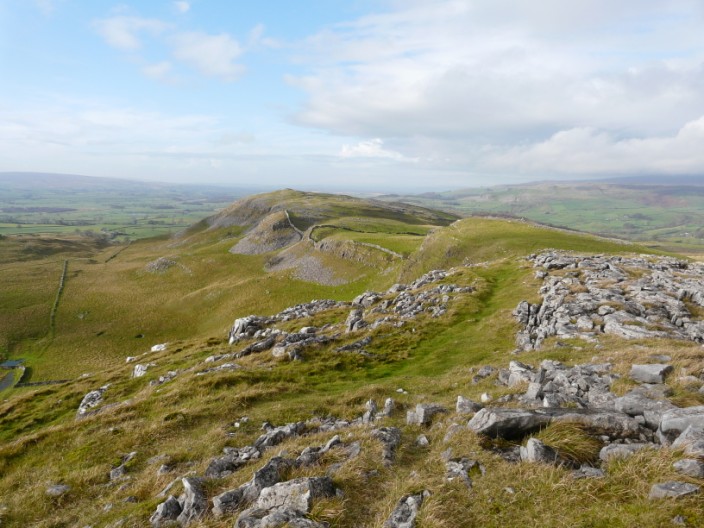 and it's even sunnier looking along the ridge to Pot Scar . . . 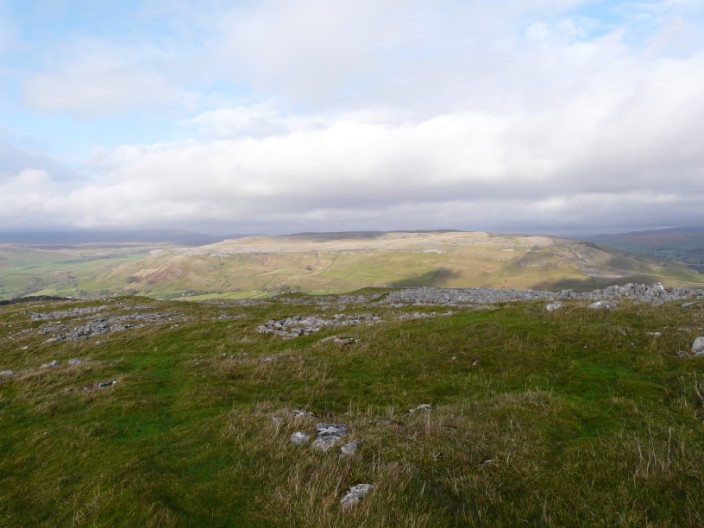 and across the valley to Moughton Scar 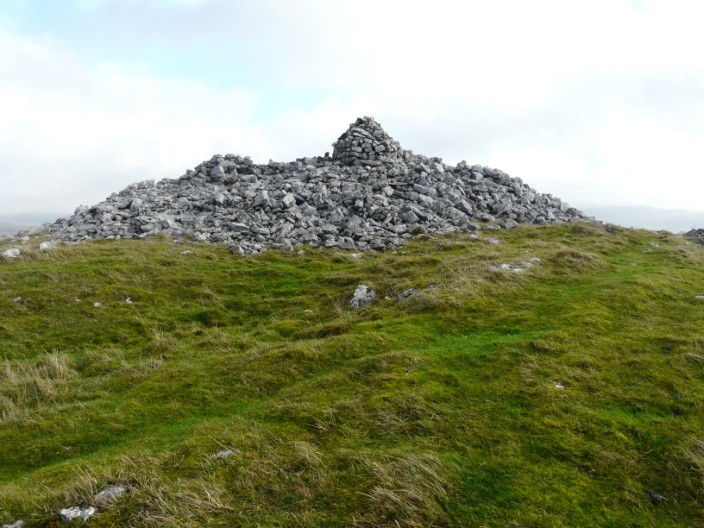 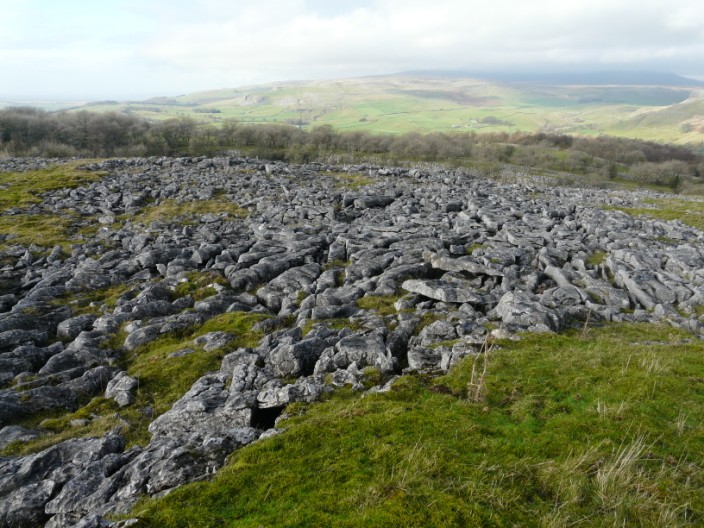 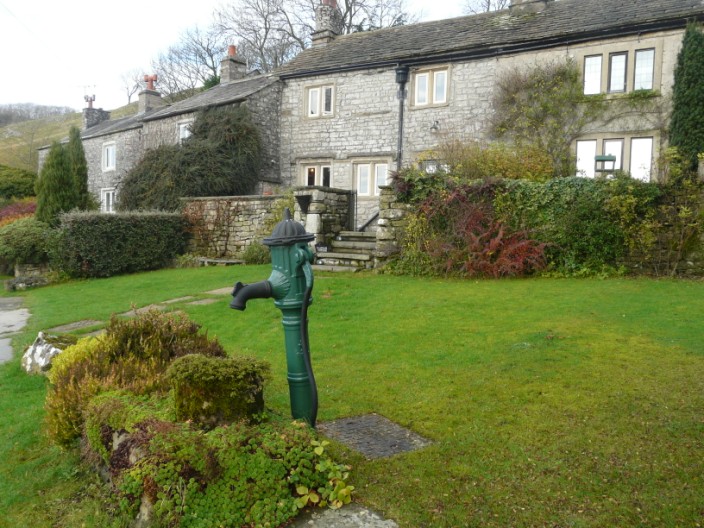 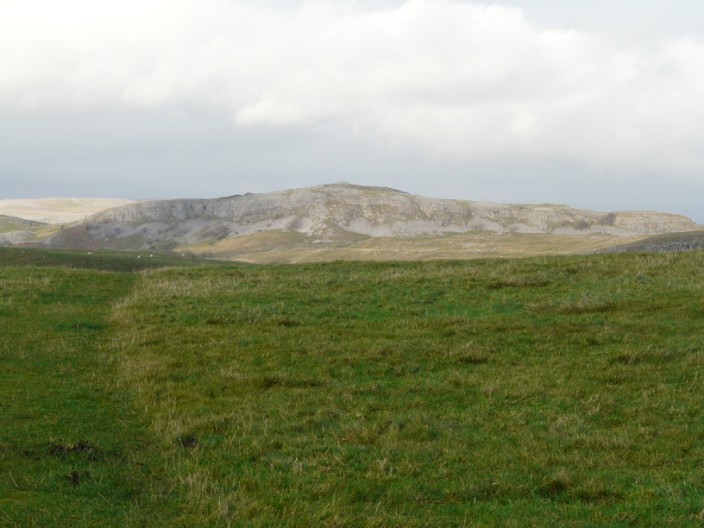 Pot Scar in the centre and Smearsett Scar to the right, from the path to . . . 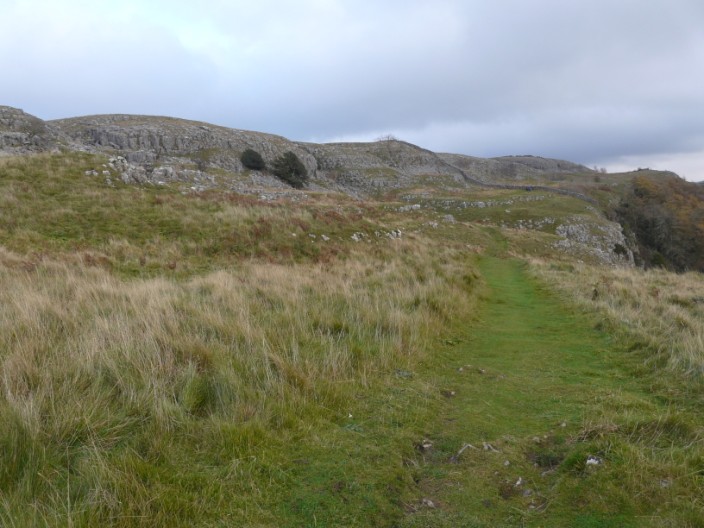 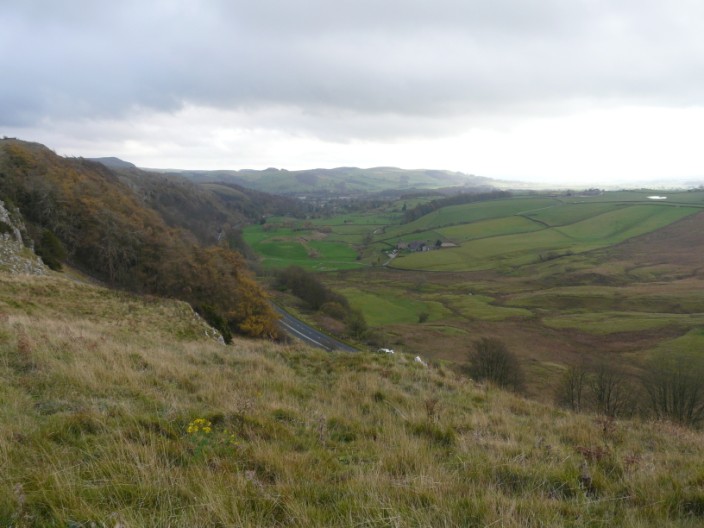 Looking down the Ribble Valley, Settle can just be seen 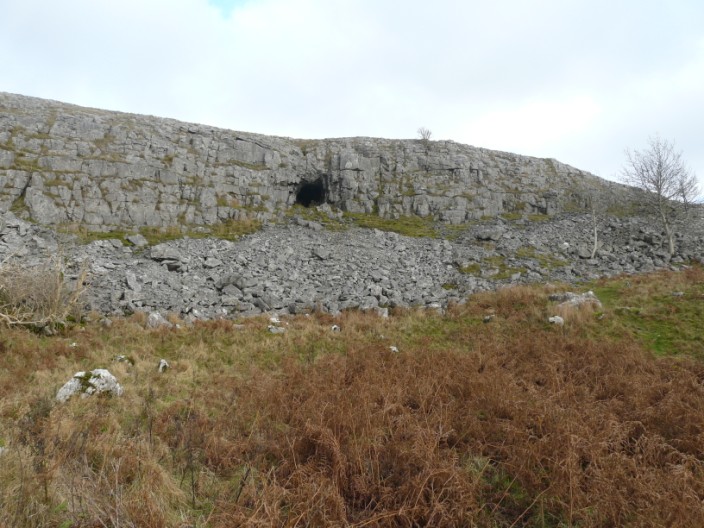 You can do a little cave exploration en route . . . 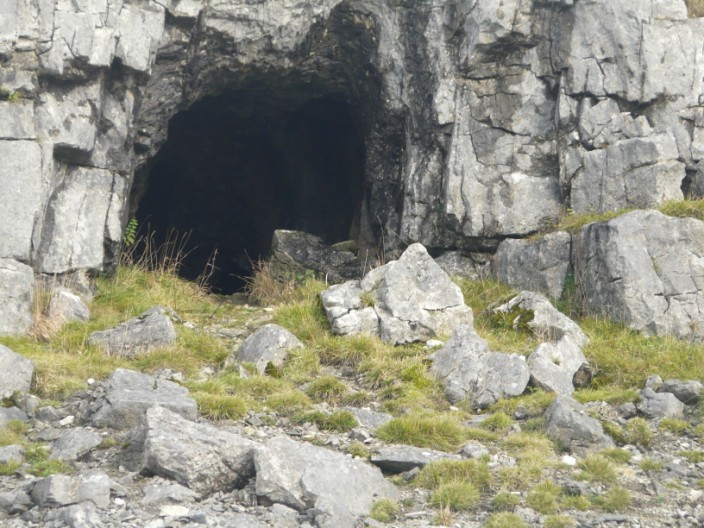 but I'll just zoom in on it today 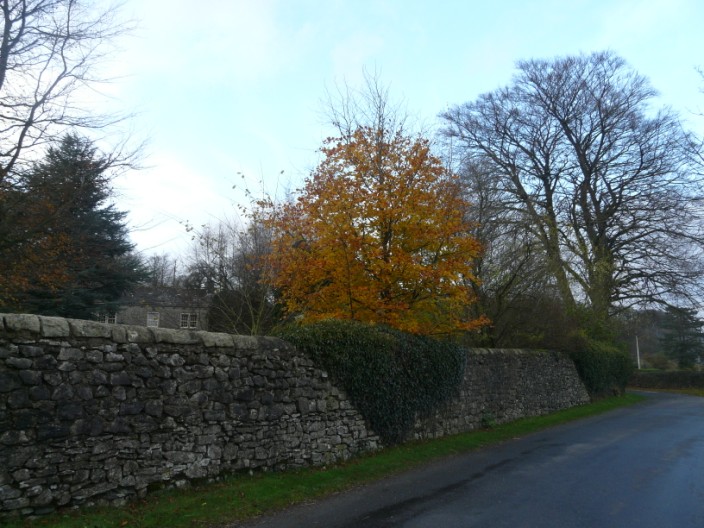 There is still a little Autumn colour around 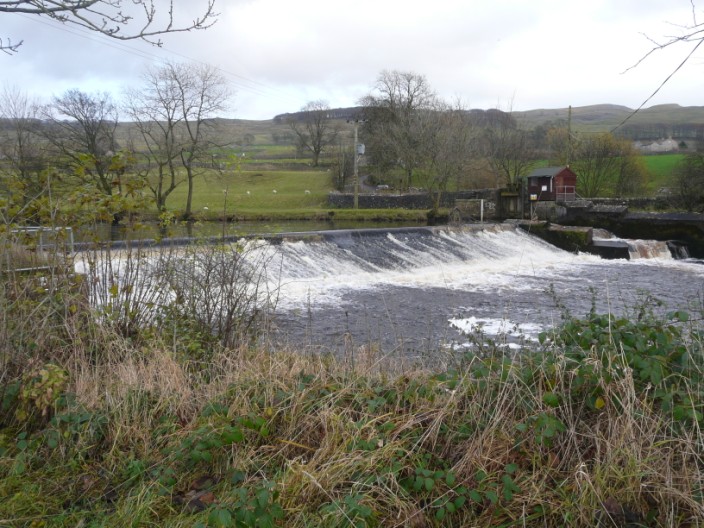 The weir on the River Ribblw 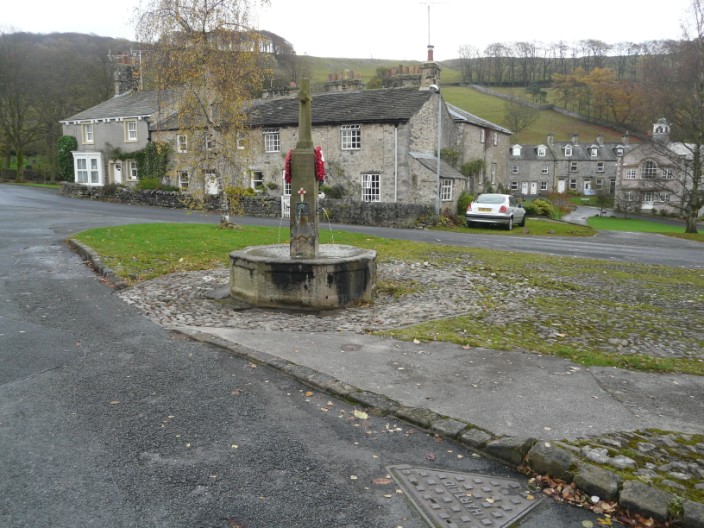 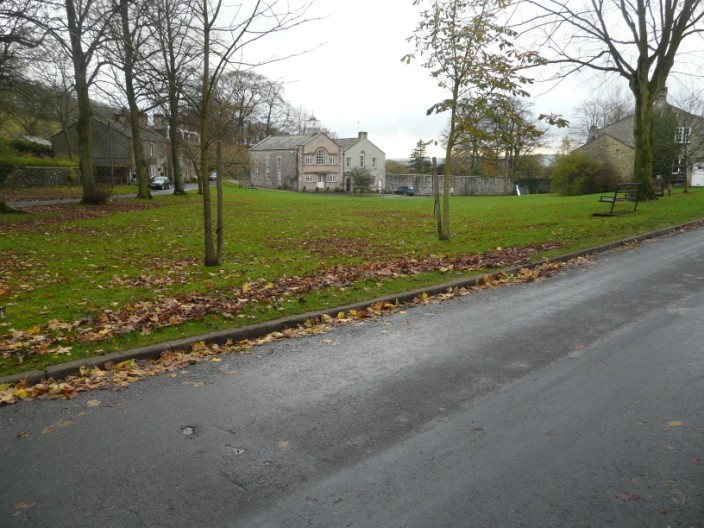 and the village green