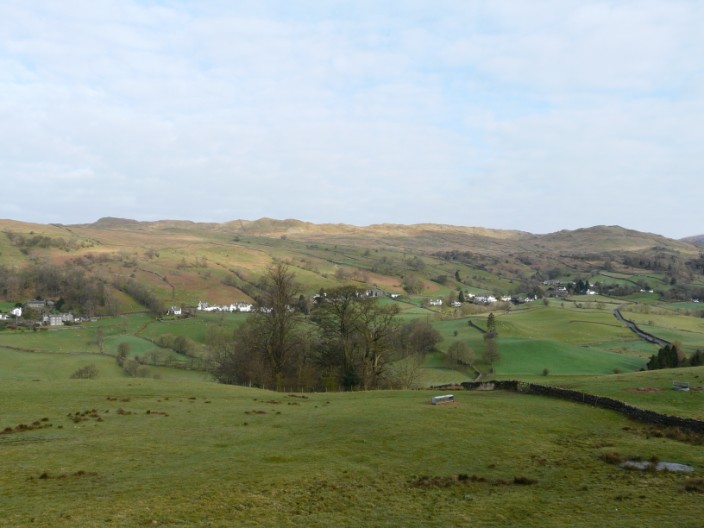 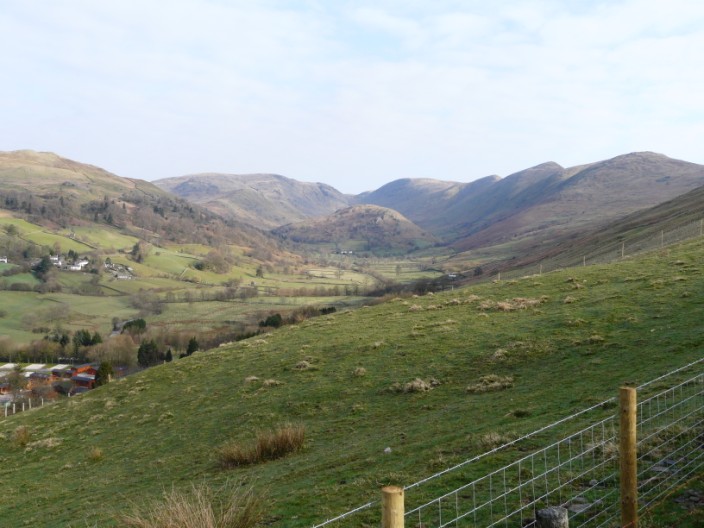 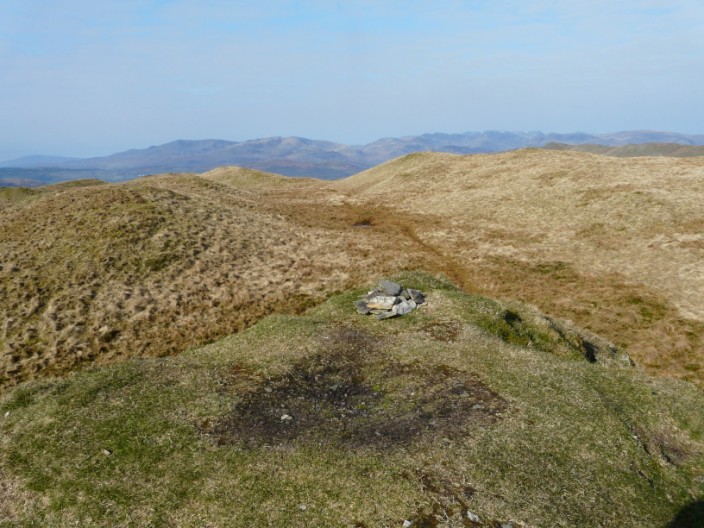 Sour Howes is a ridge in a series of grassy hummocks marked by a few stones . . . 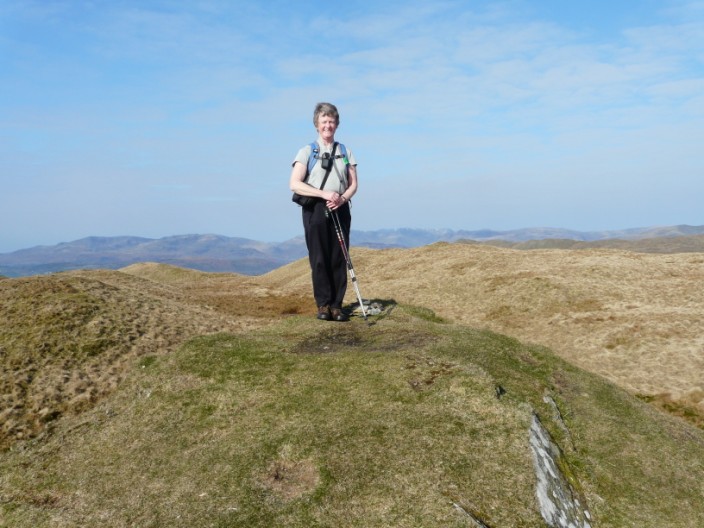 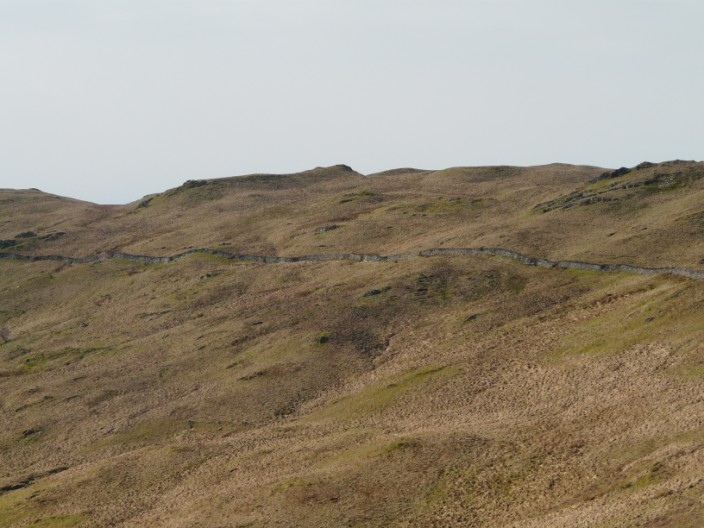 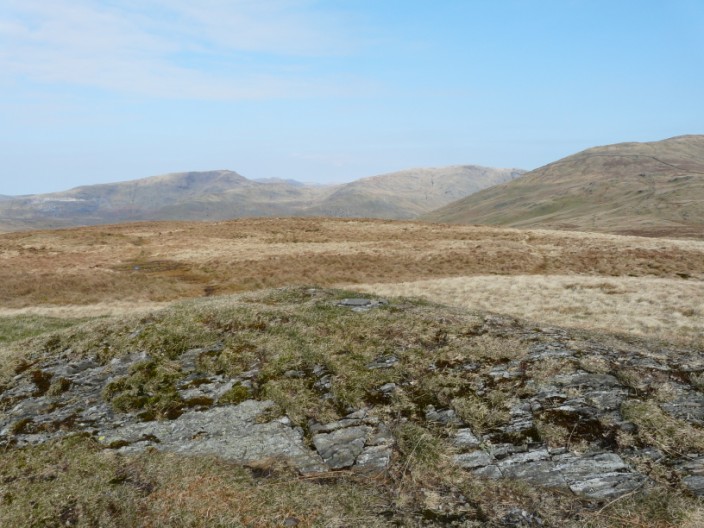 a curving mound of shale and grass 30 feet long with an attempt at making a cairn . . . 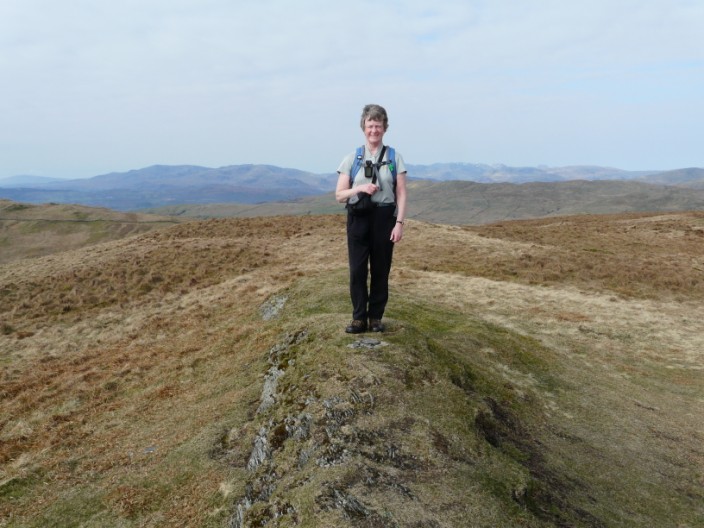 and highlighted by myself! 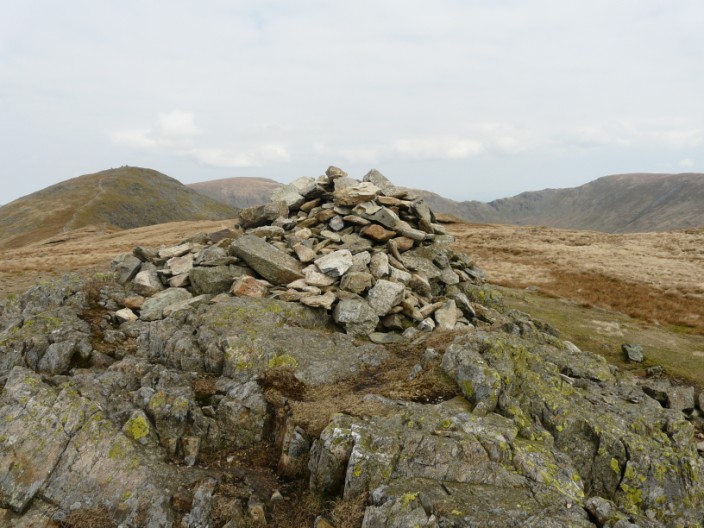 Yoke is a much more prominent affair, being the first summit of the Kentmere Horseshoe . . . 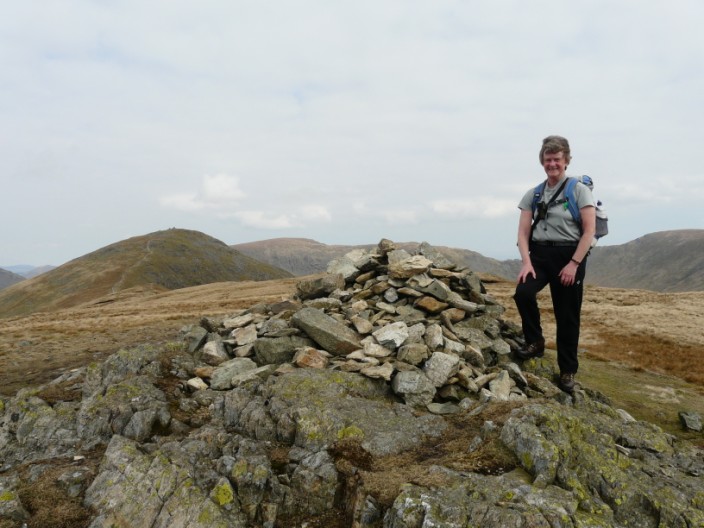 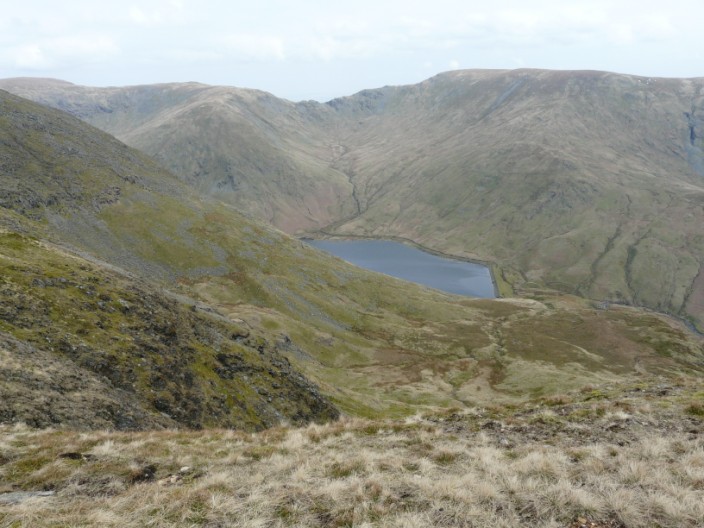 From the hause between Yoke and Ill bell the Kentmere Reservoir comes into view, as does Mardale Ill Bell, the Nan Bield Pass and Harter Fell 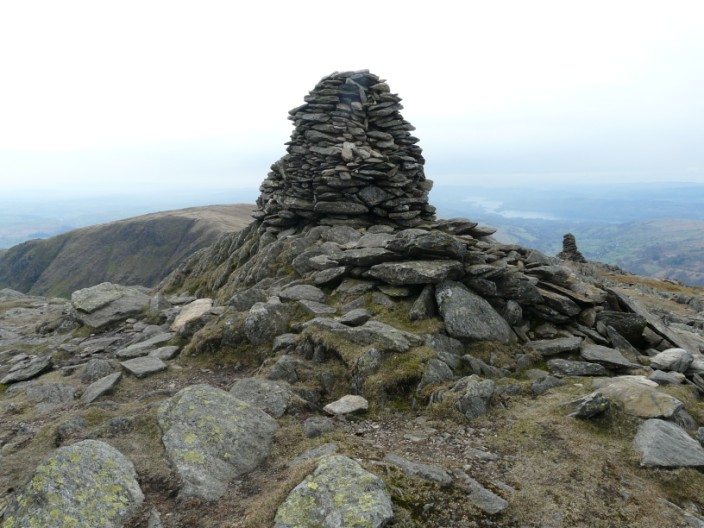 The central cairn on Ill Bell is designated by Wainwright as the summit . . . 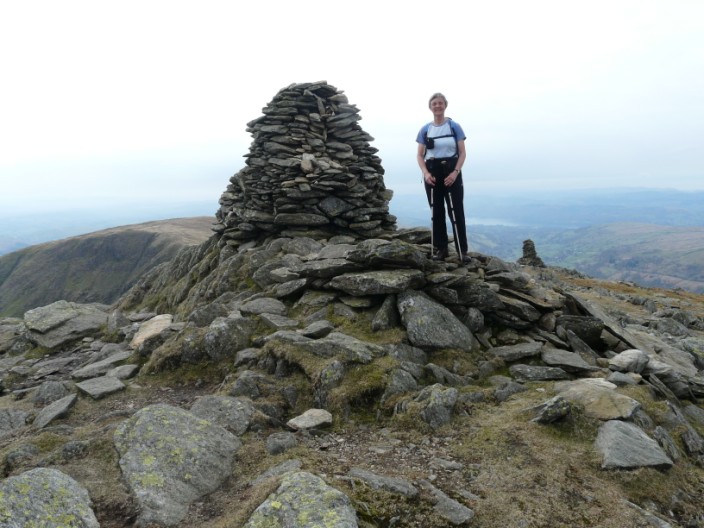 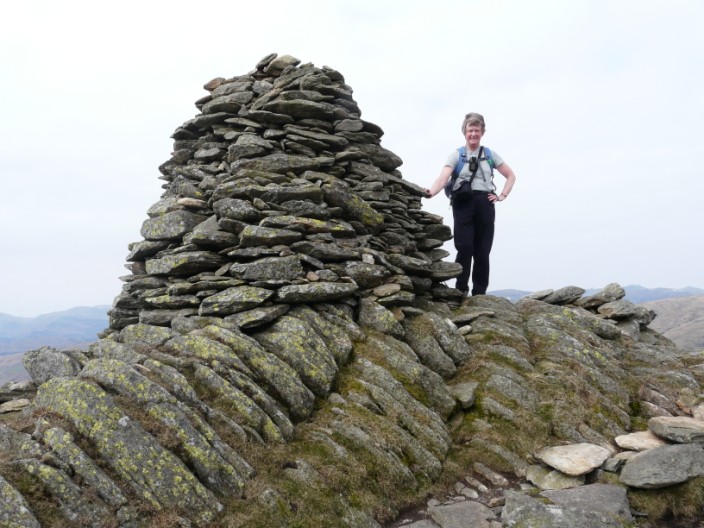 and I have our summit photos there 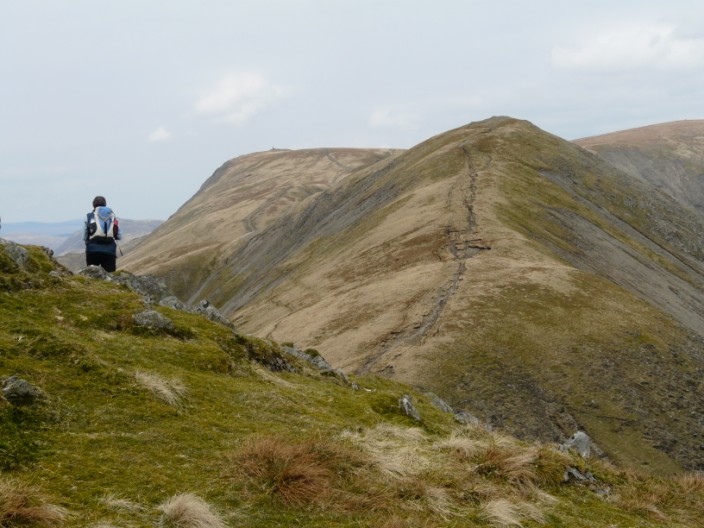 Leaving Ill Bell there is quite a descent before continuing on to Froswick . . . 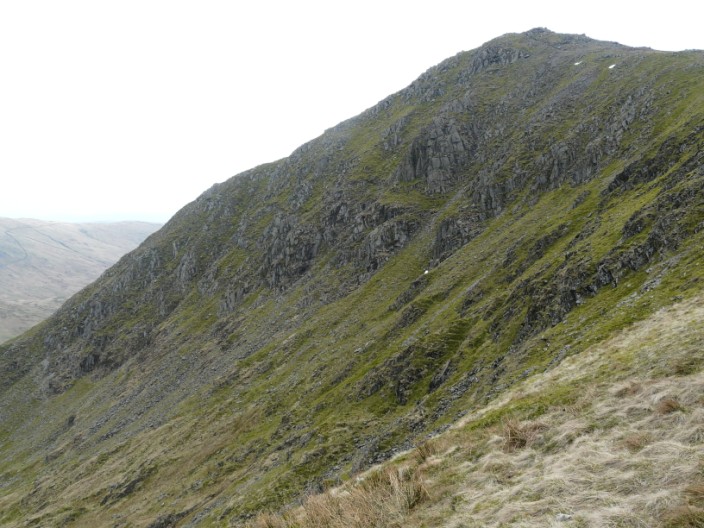 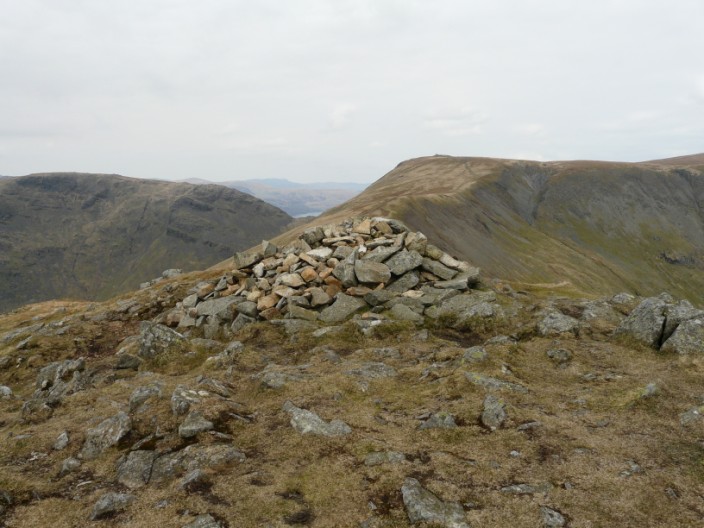 From Froswick we can just see Ullswater between Caudale Moor and Thornthwaite Crag . . . 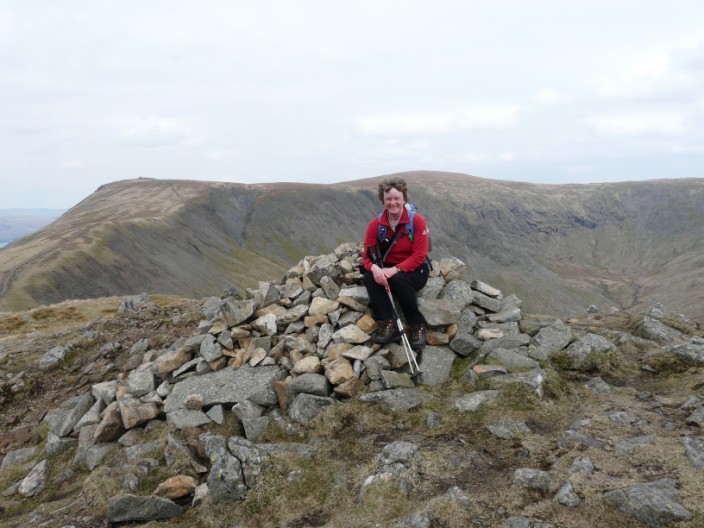 and the cairn makes a good seat! 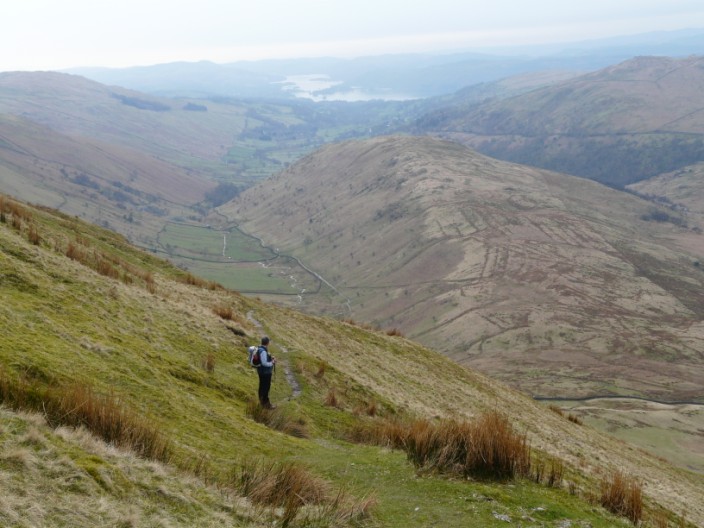 Descending from Park Fell Troutbeck Tongue soon comes into view, with Windermere in the distance 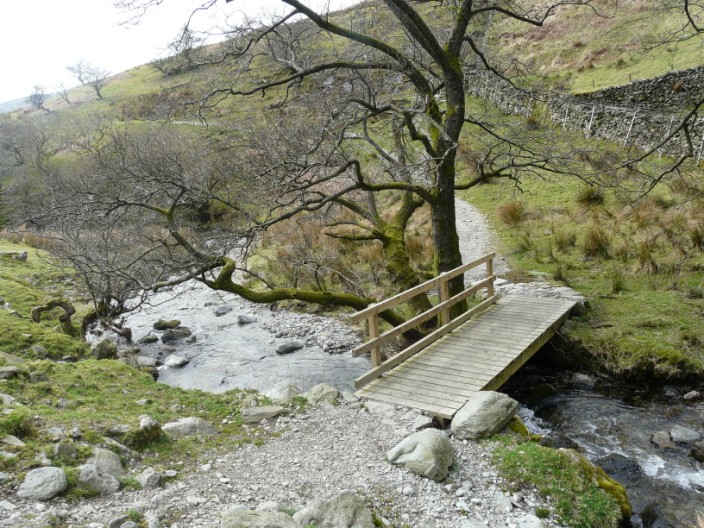 After crossing the footbridge over Hagg Gill . . . 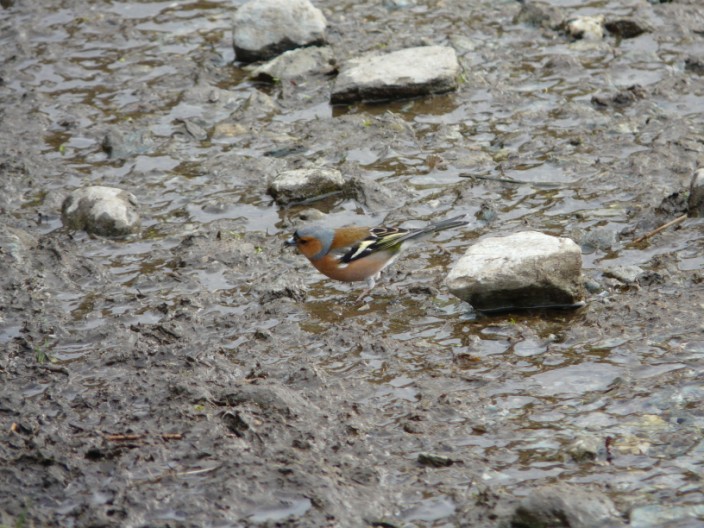 Marie spots a chaffinch on the path ahead . . . 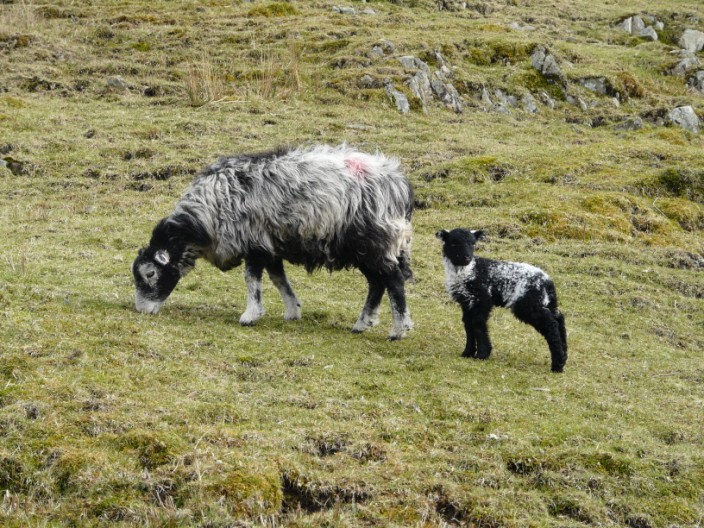 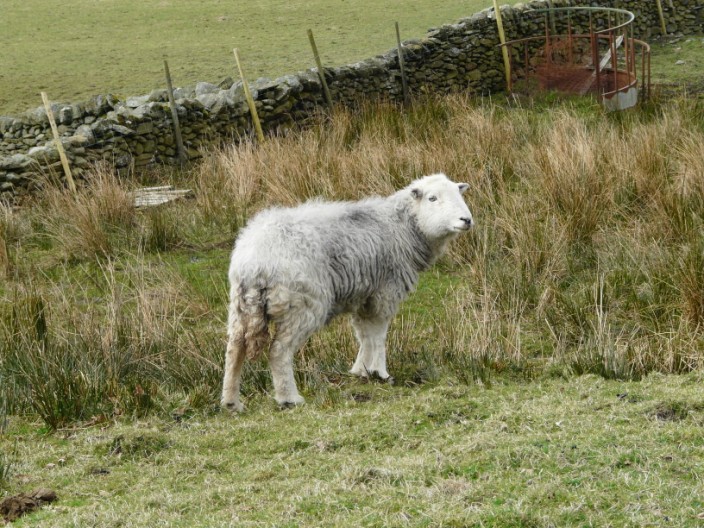 whilst 'herdy' poses for the camera 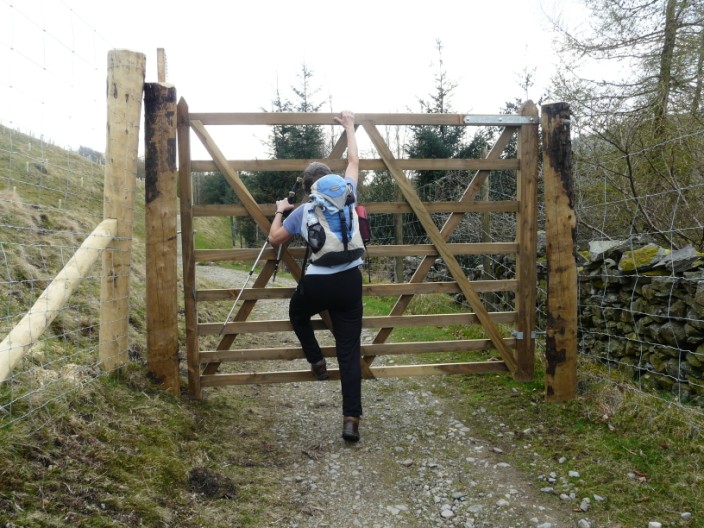 No Marie - you can't do your gate vault over this one! 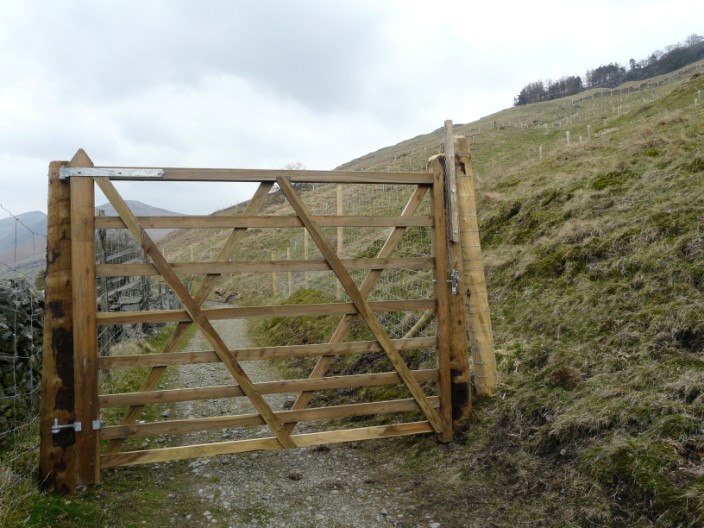 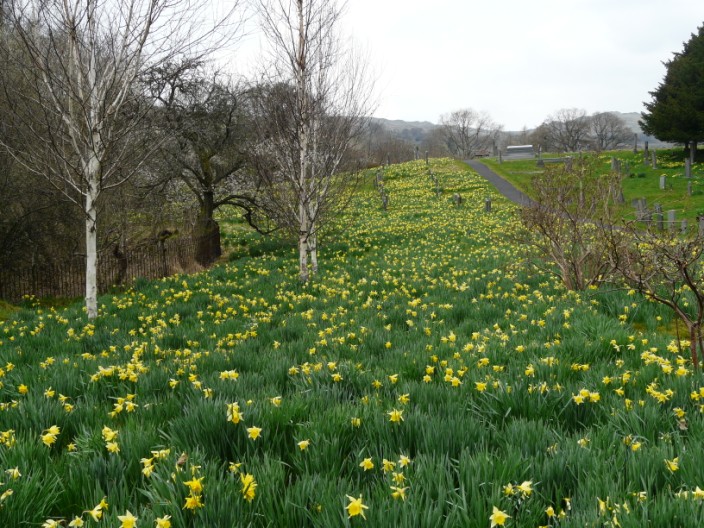 The churchyard sports a colourful display of daffodils