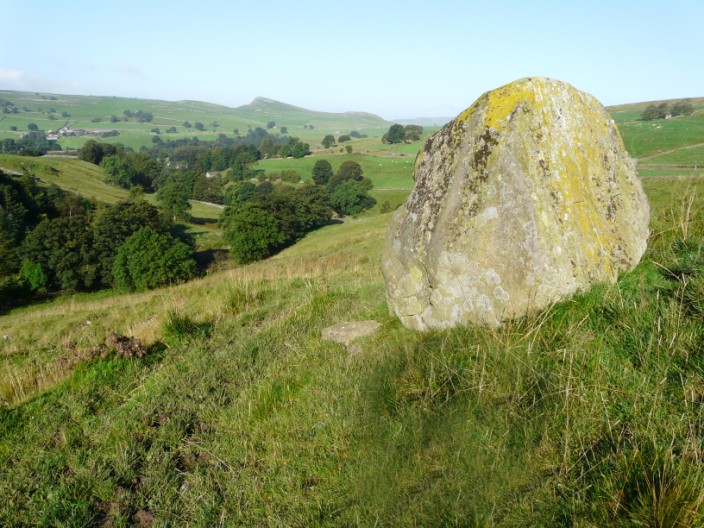 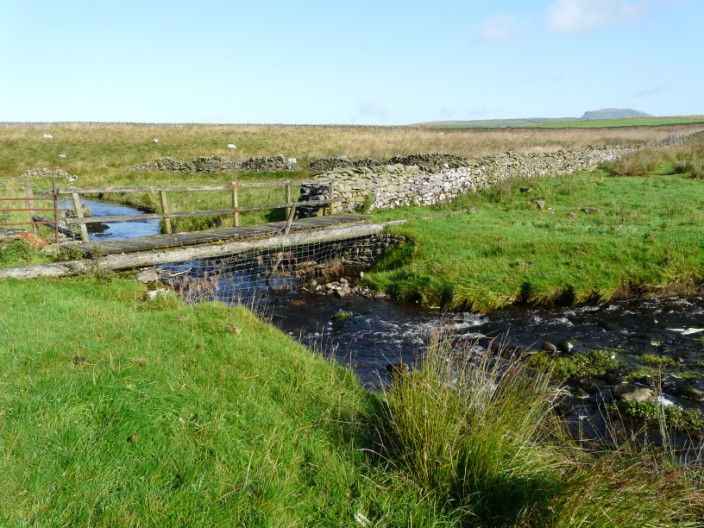 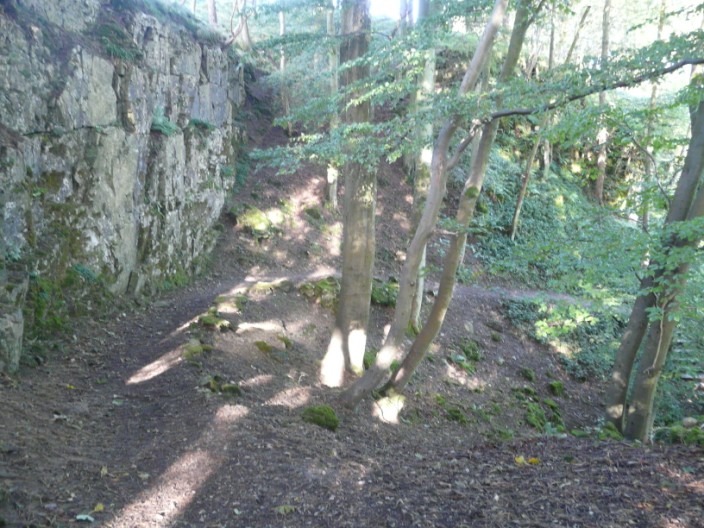 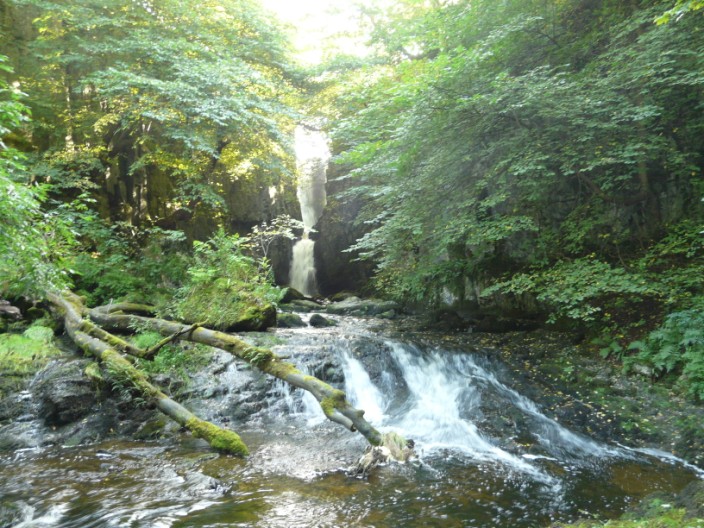 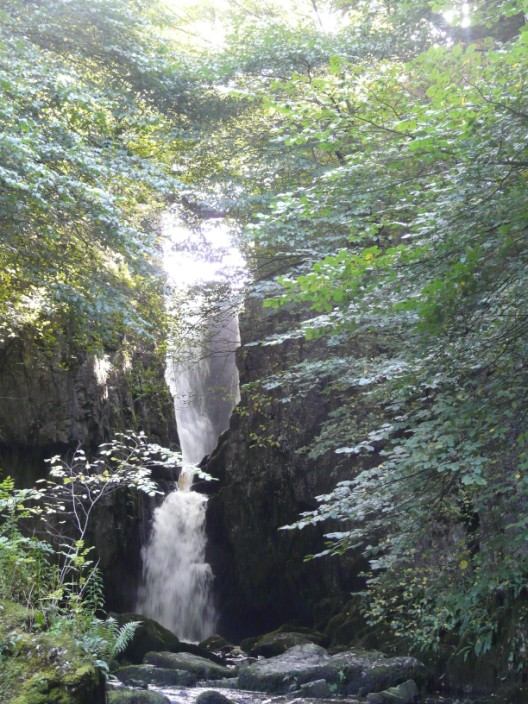 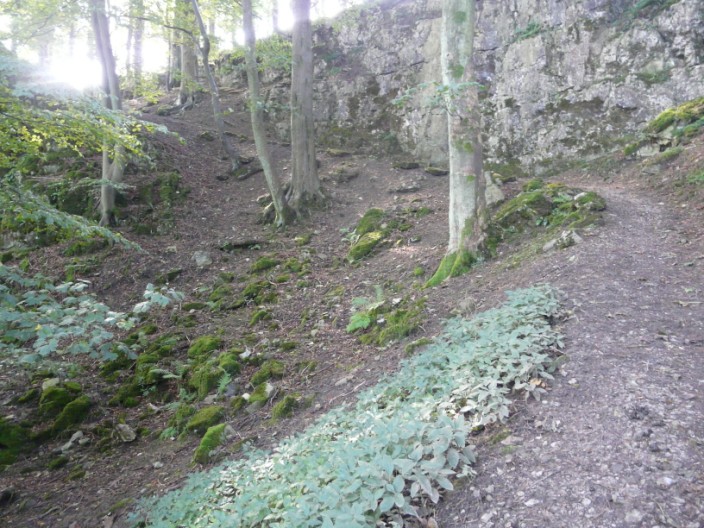 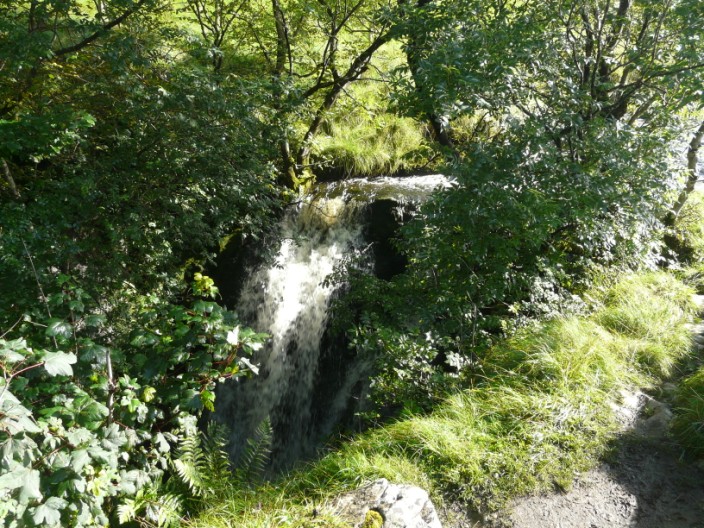 the top of the waterfall is just visible . . . 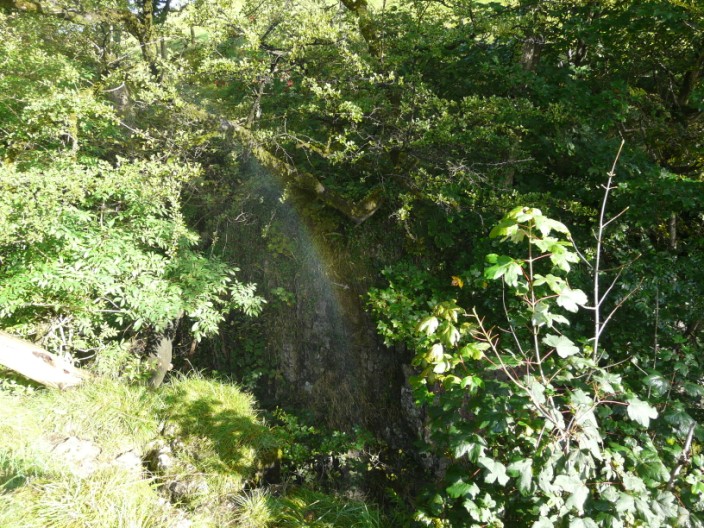 and the spray from the water creates a rainbow 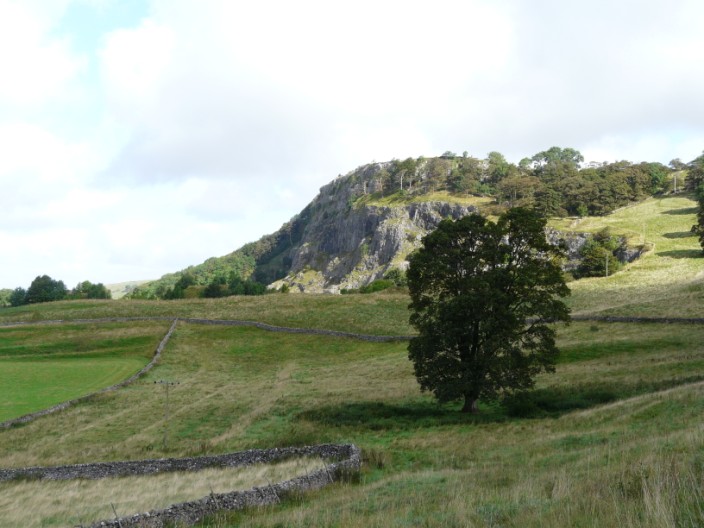 Looking back to Stainforth Scar after walking through Upper and Lower Winskill. 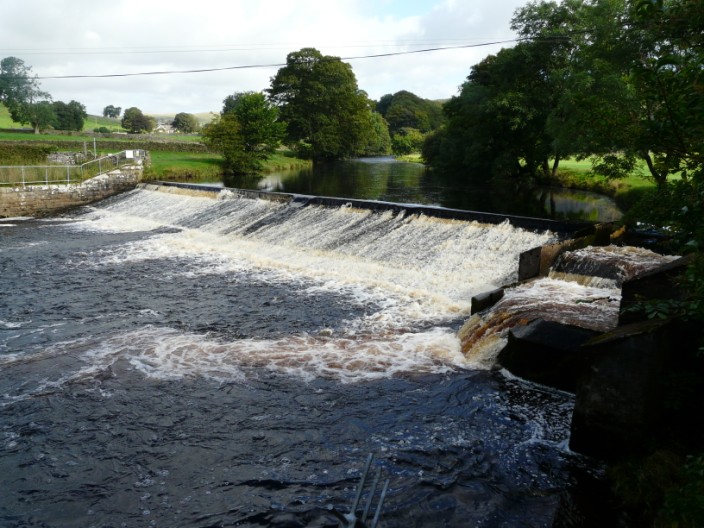 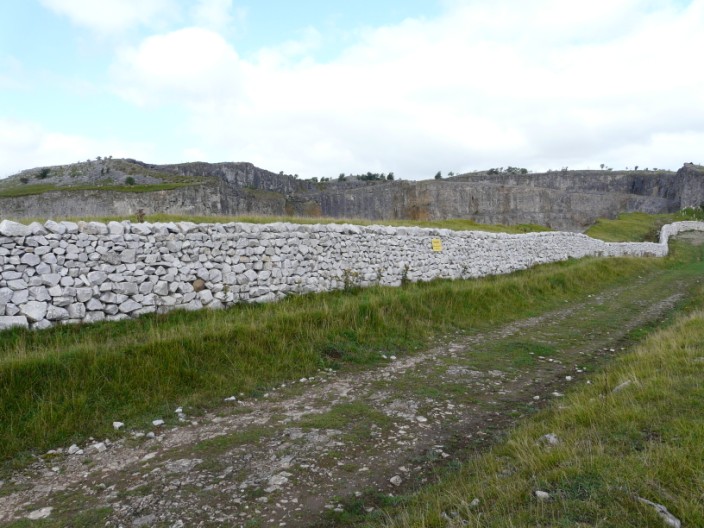 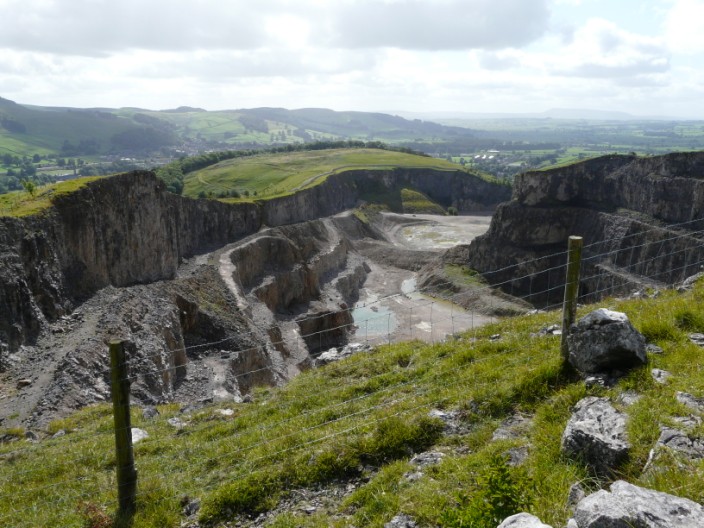 a huge quarry on the climb to Giggleswick Scar . . . 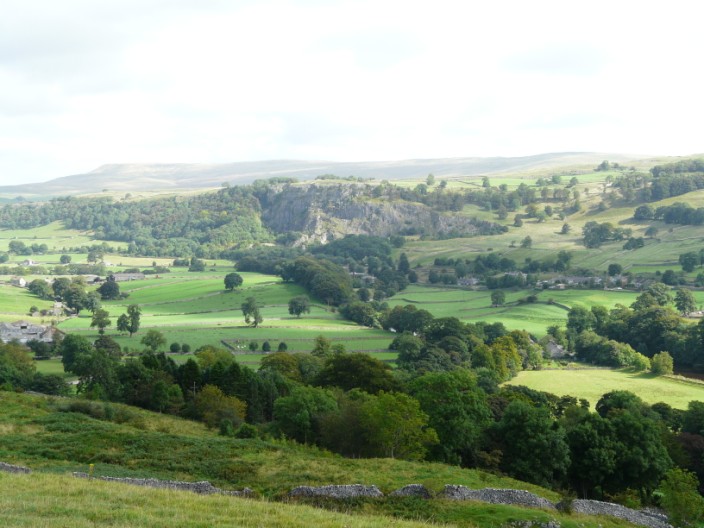 where there are great views to the south-west 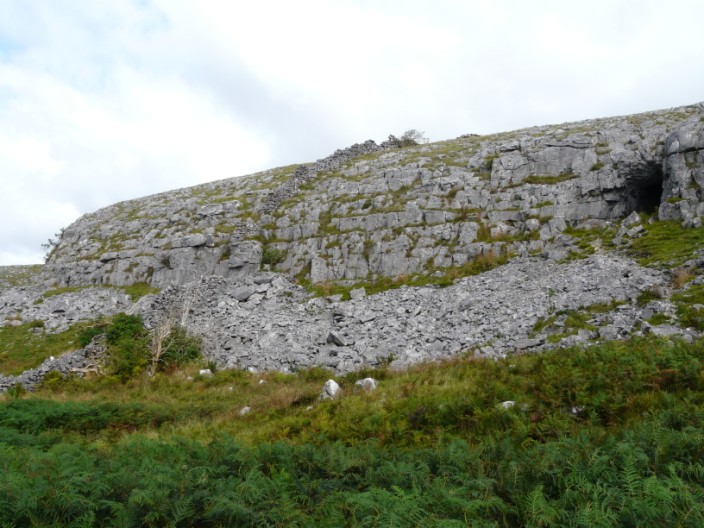 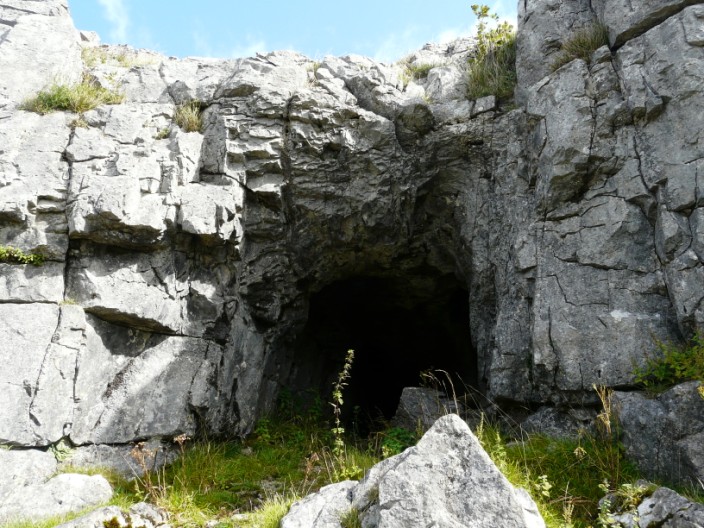 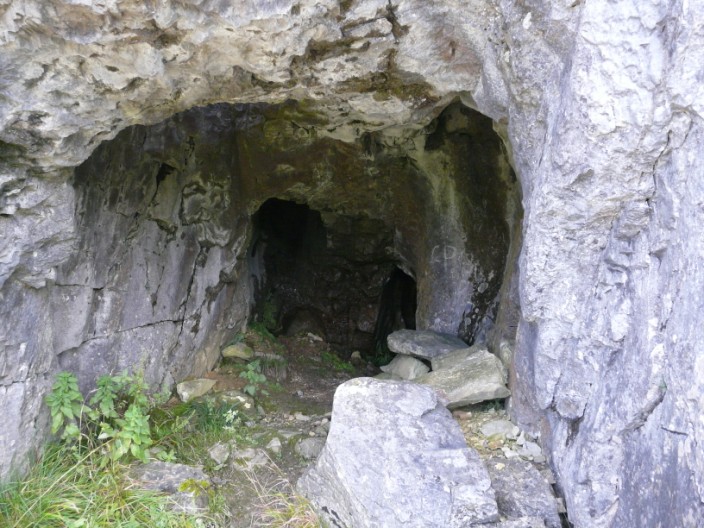 where a narrow passage on the right . . . 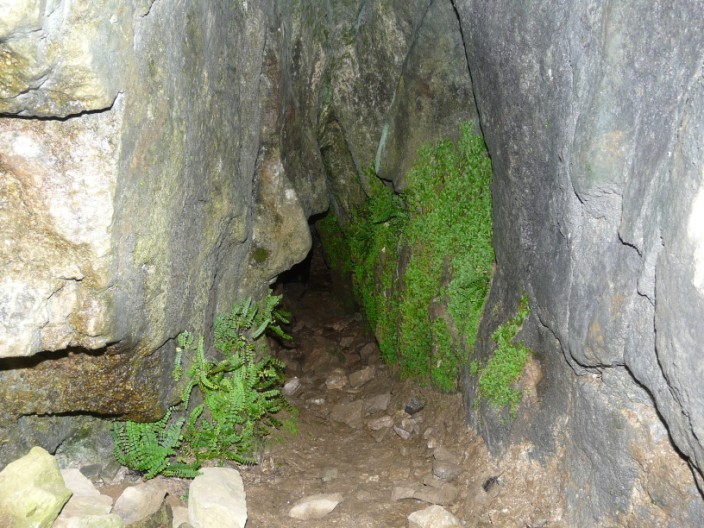 leads further into the cave - not for me 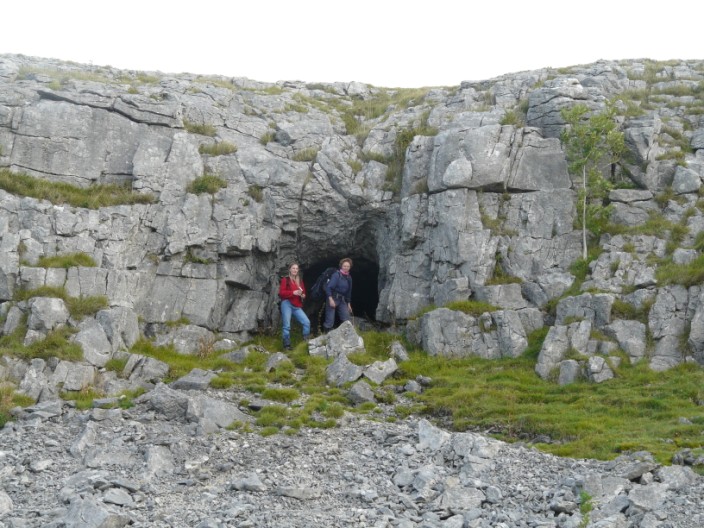 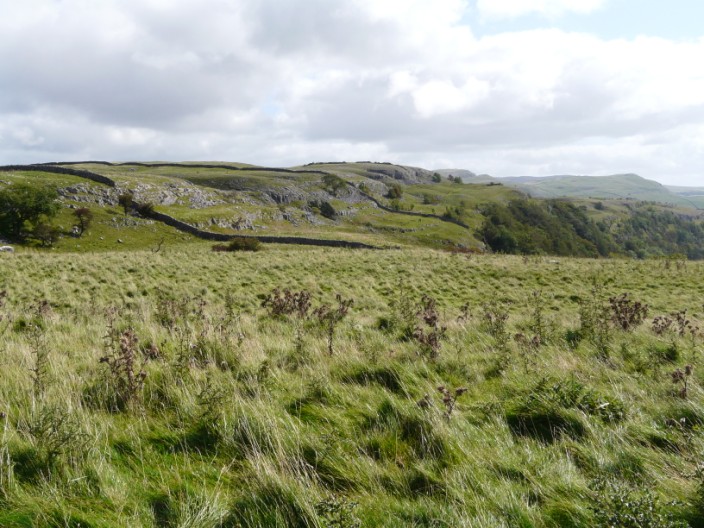 Looking back along Giggleswick Scar 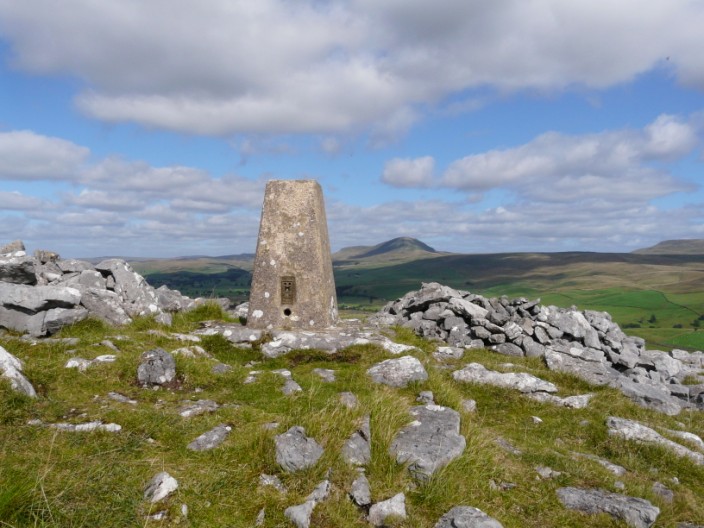 Smearsett Scar with Pen-y-Ghent in the distance 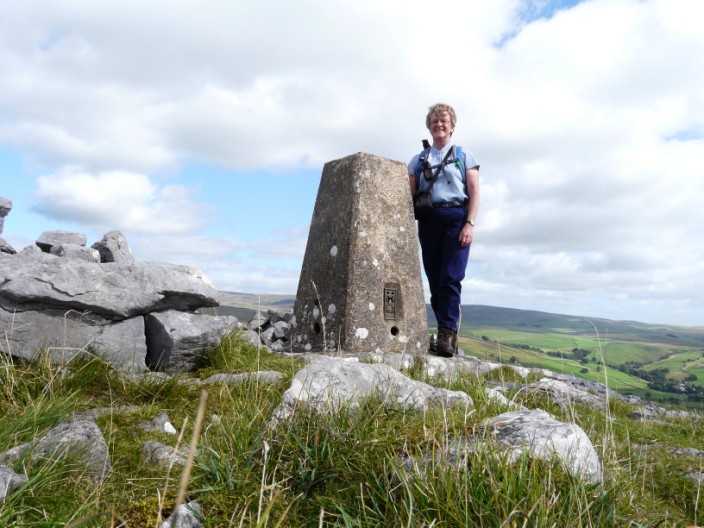 Not easy to get the camera in the best position today! 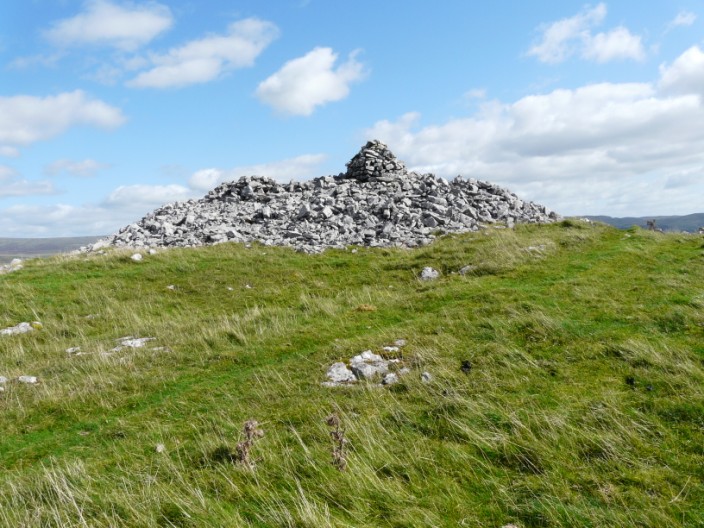 Pot Scar, a huge rocky mound topped by a cairn