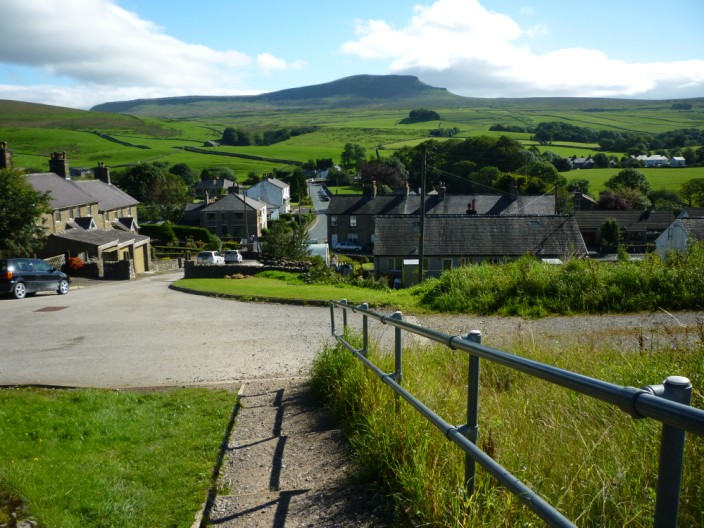 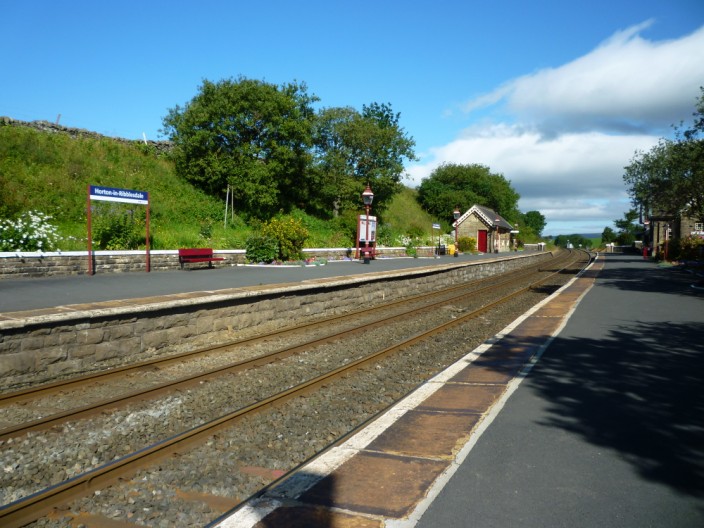 the route crosses the railway track 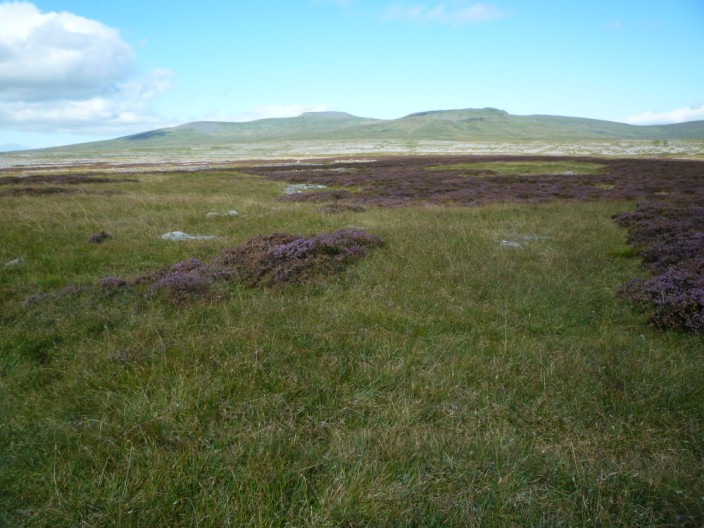 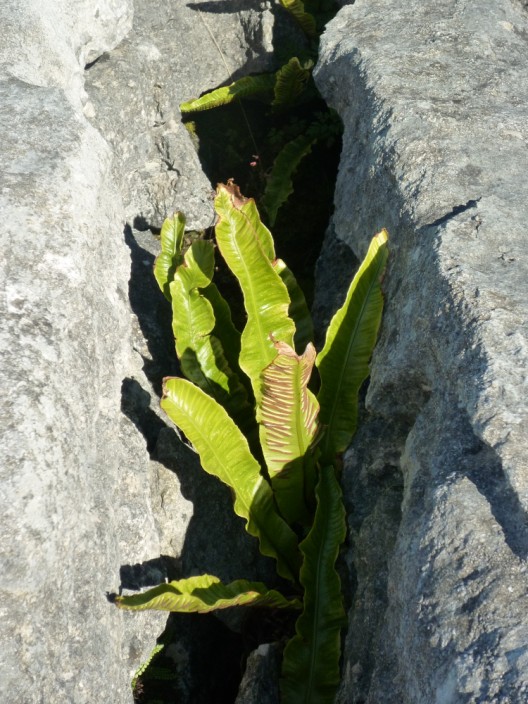 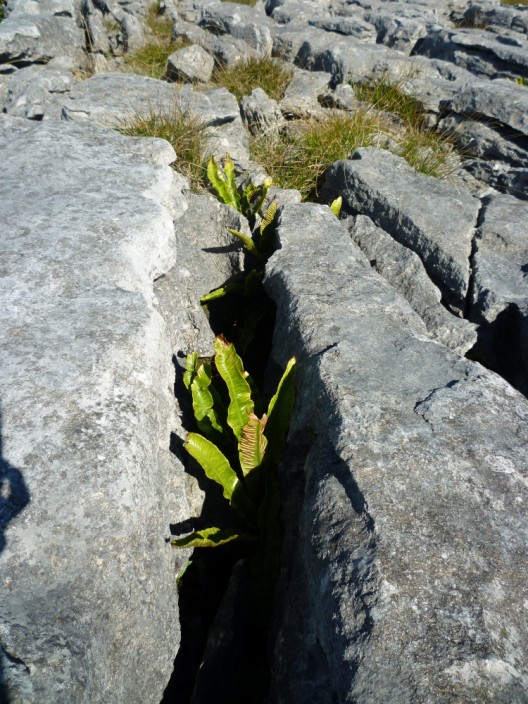 but the clints make a good surface for walking on 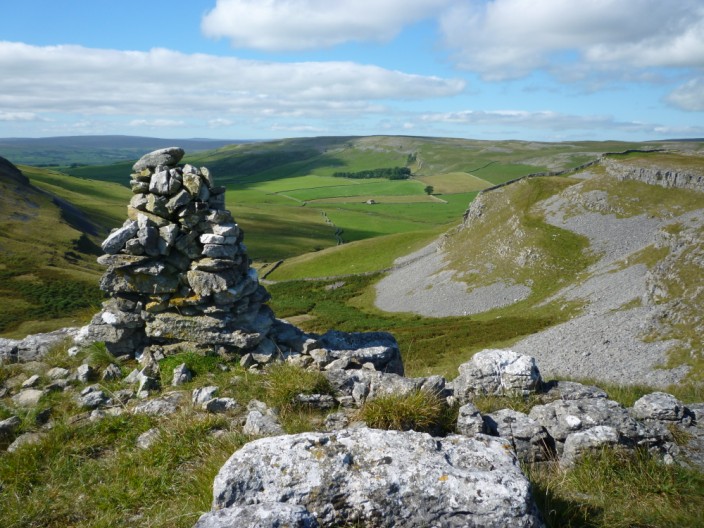 The cairn looks down onto Crummack Dale . . . 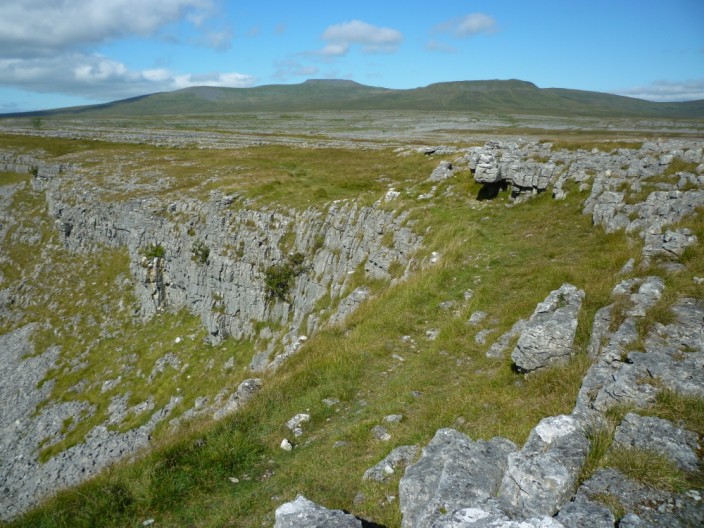 but the path follows the top of the escarpment 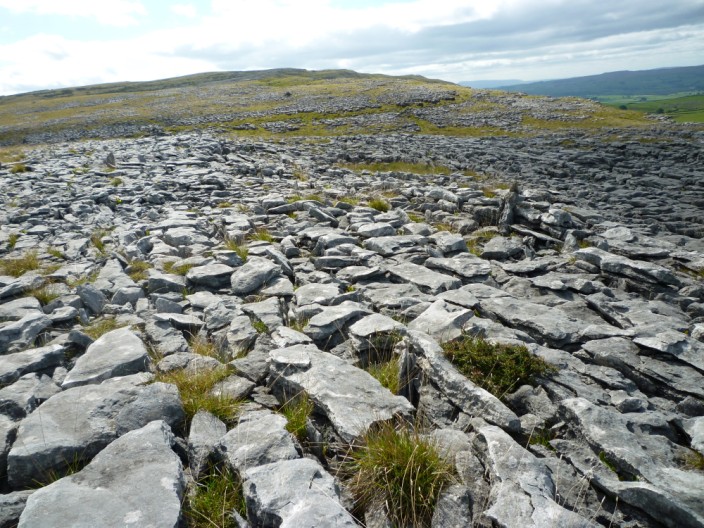 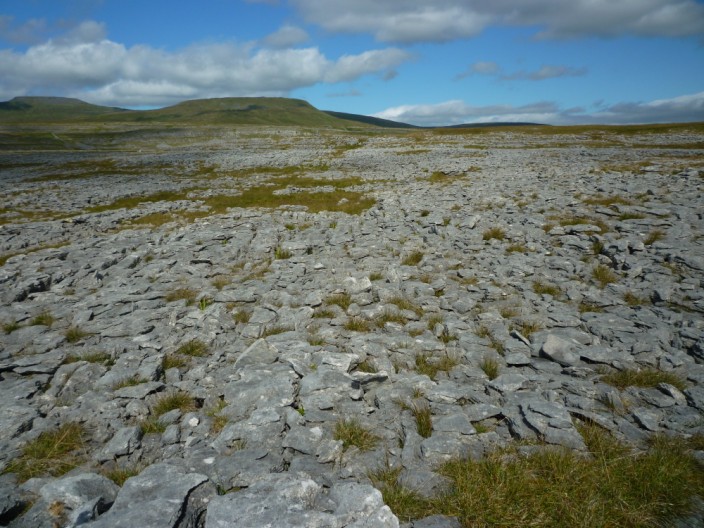 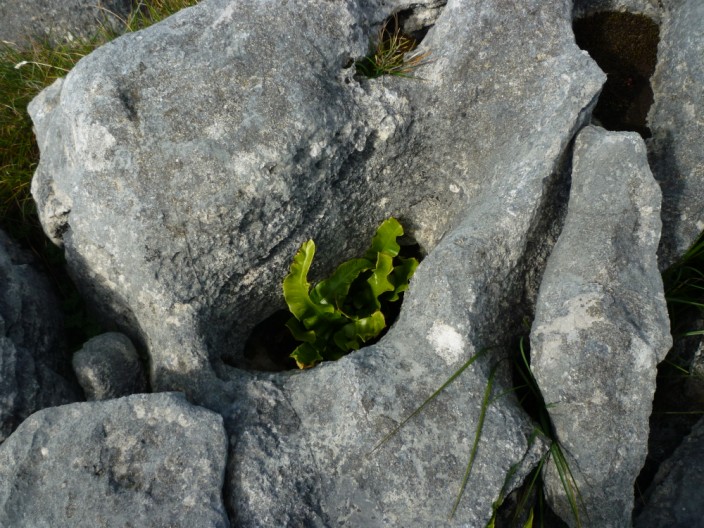 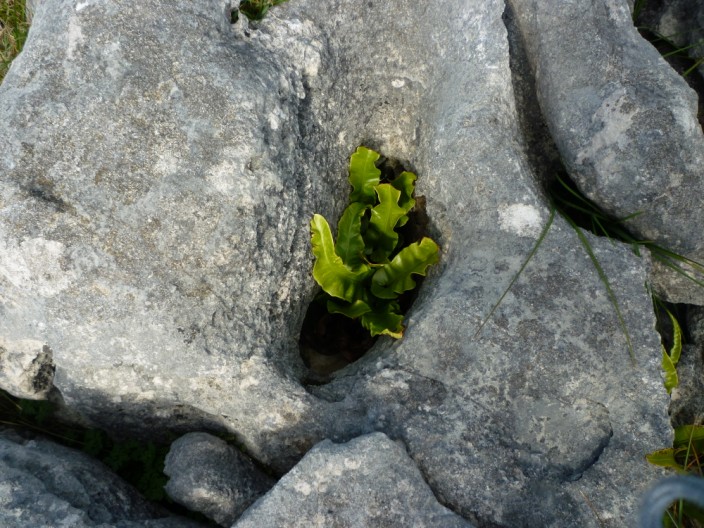 its own pot to grow in 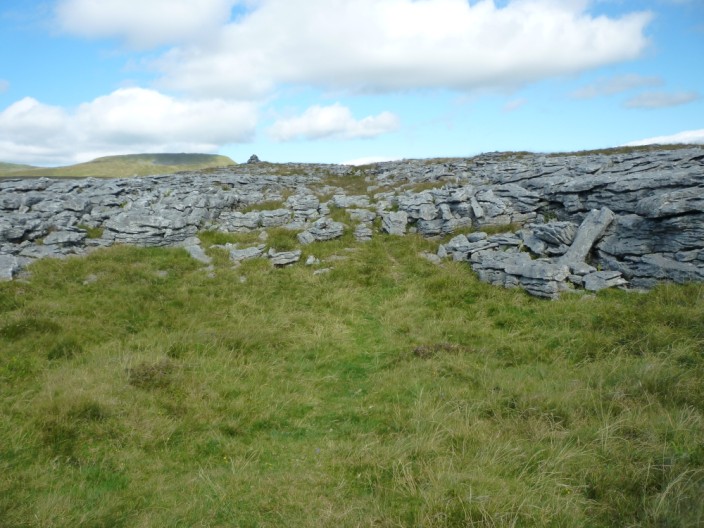 There are grassy areas in the midst of the limestone pavement, and a cairn shows the way 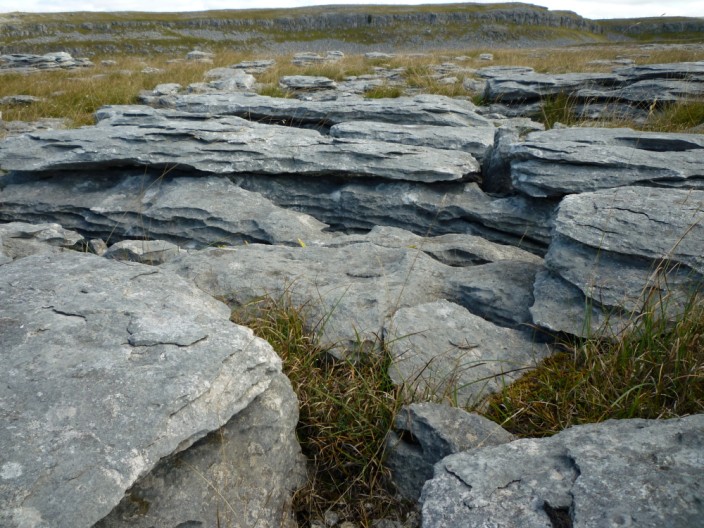 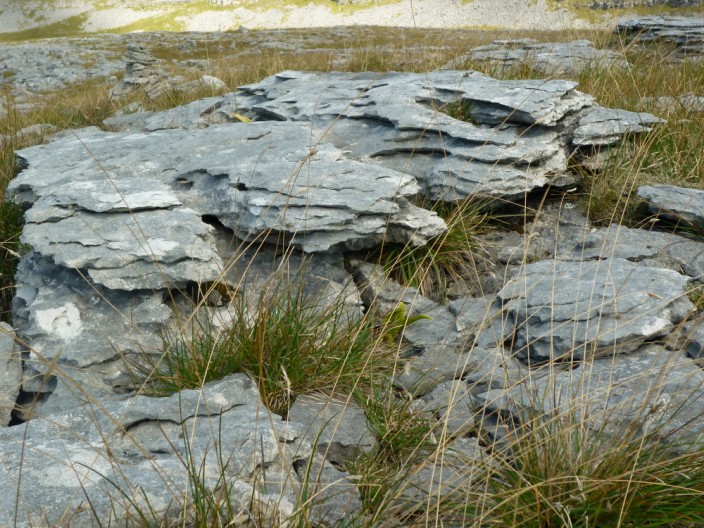 creates layers in this section of pavement 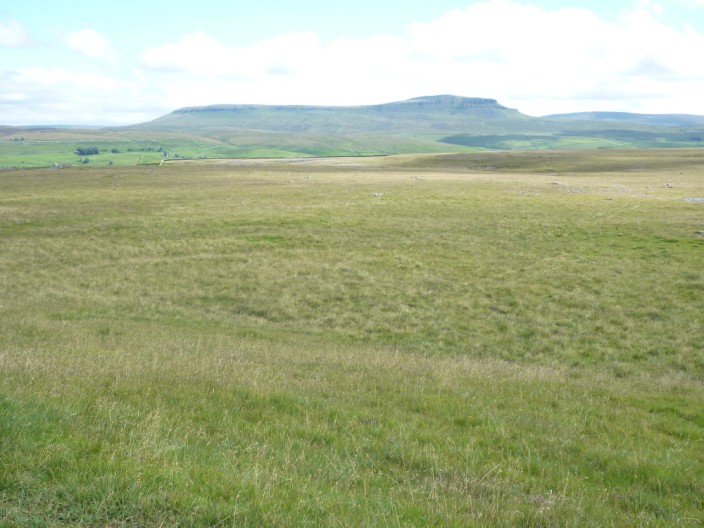 Heading north from Thieves Moss, Pen-y-Ghent is in view 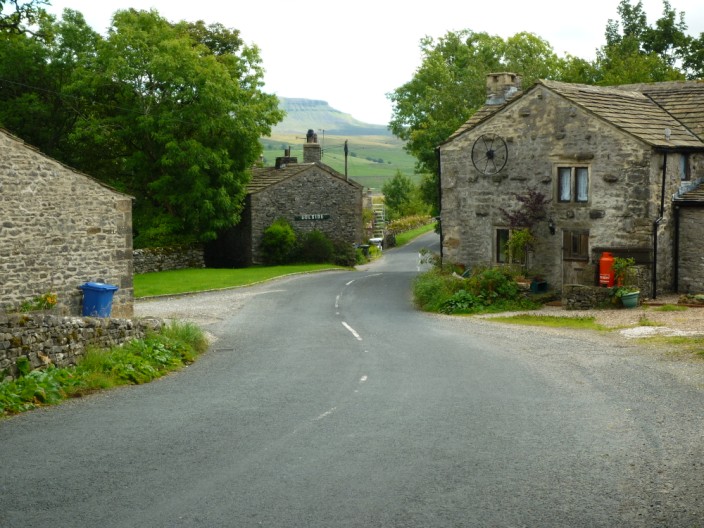 Blink, and you will miss the houses at Selside 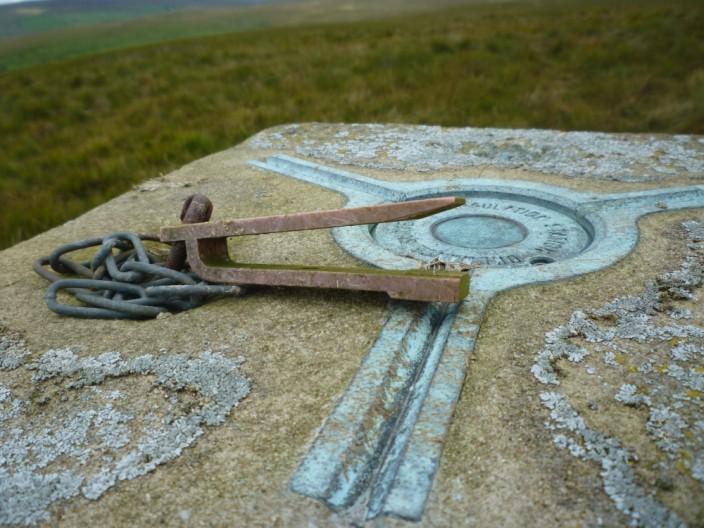 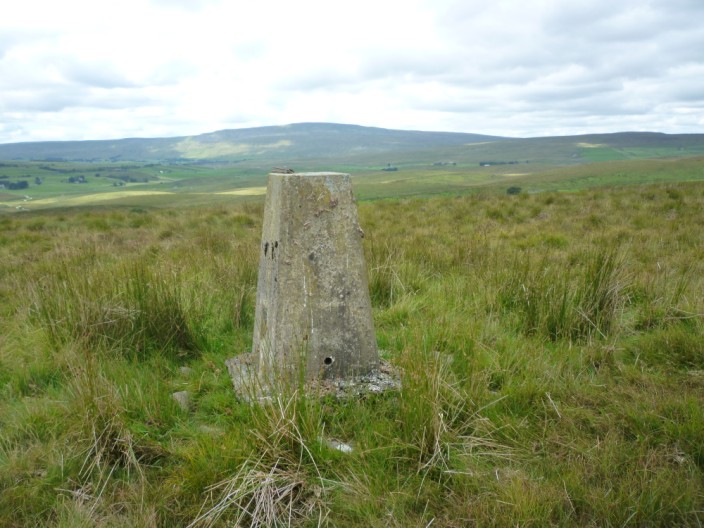 on Cave Hill, looking towards Whernside . . . 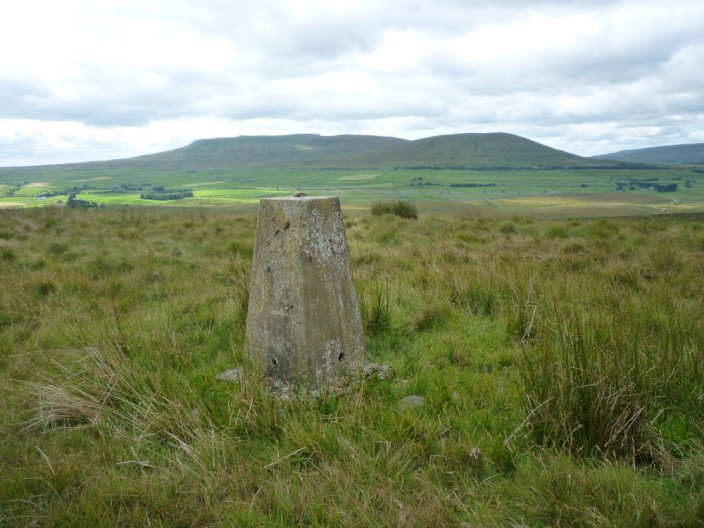 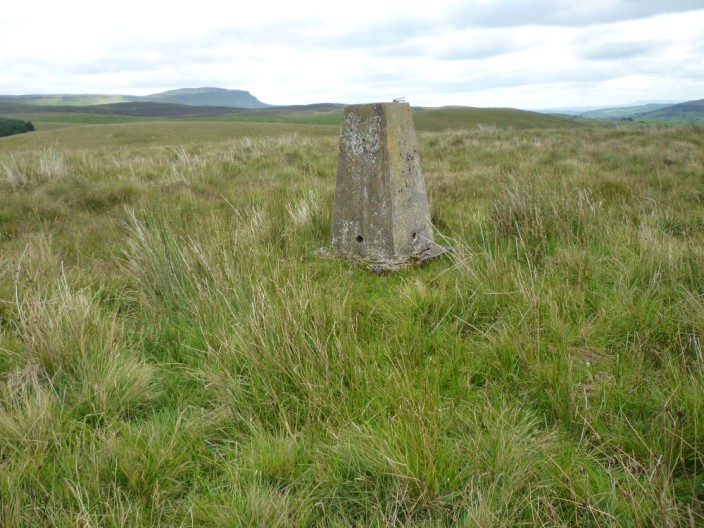 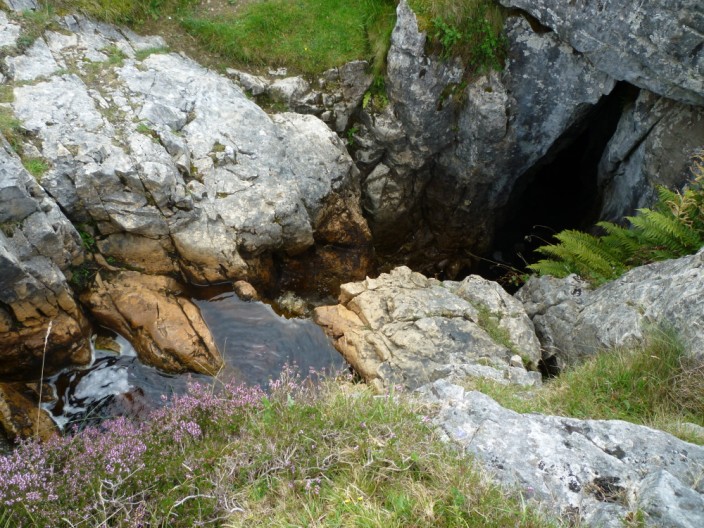 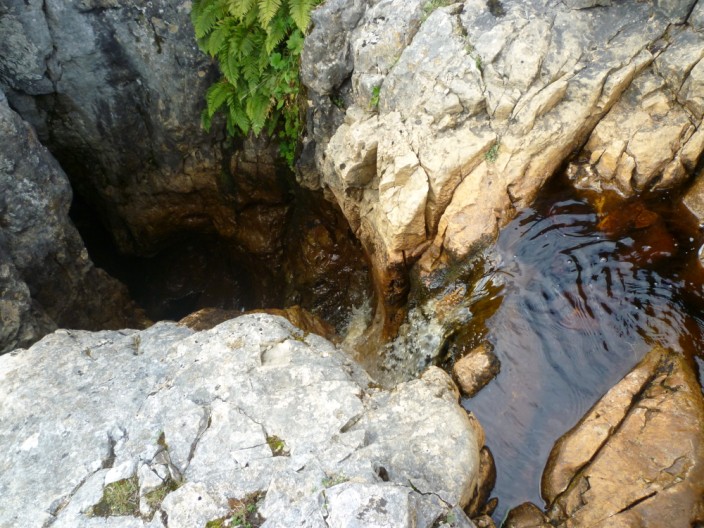 where the water performs a disappearing trick 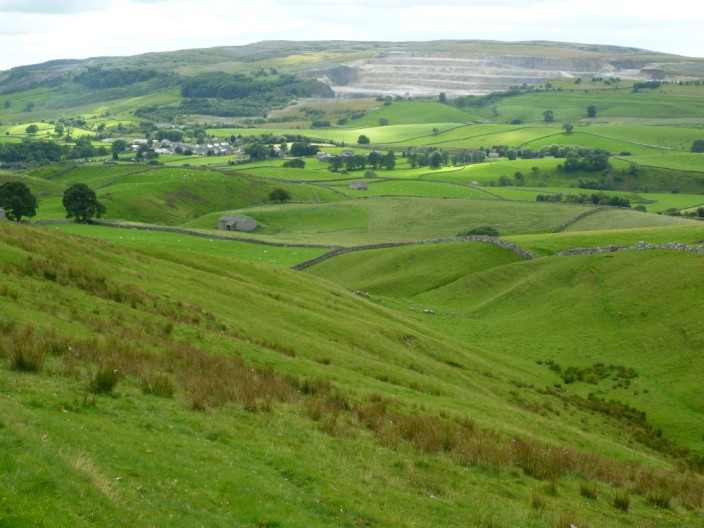 Horton in Ribblesdale from the Pennine Way