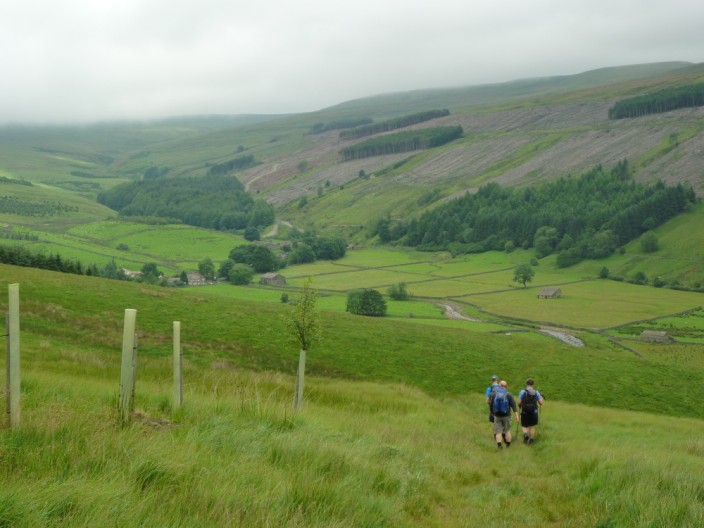 After an short climb we head down to Cotterdale . . . 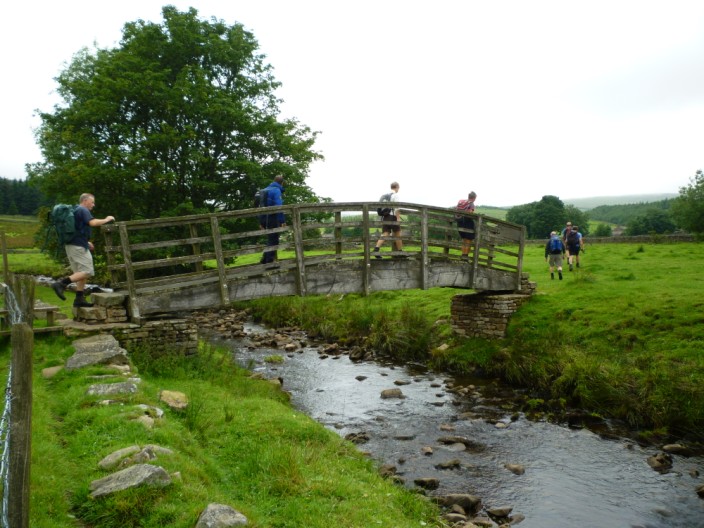 where we cross East Gill on a picturesque bridge . . . 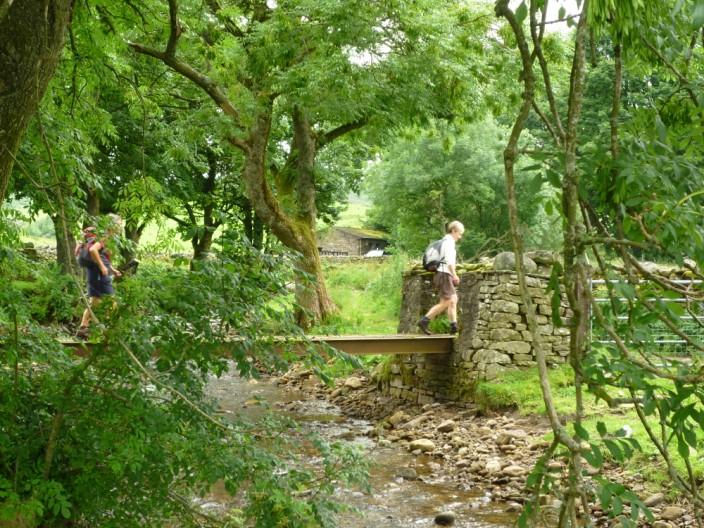 before sampling a strictly utilitarian bridge 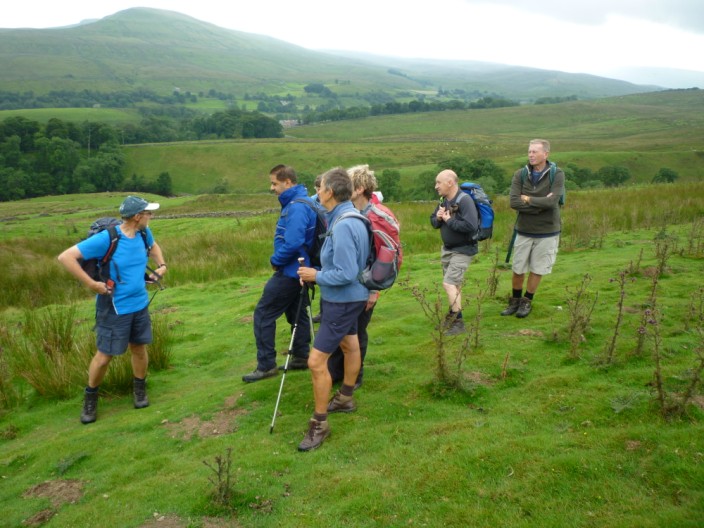 Time to adjust layers before making our way through an ENDLESS boggy area . . . 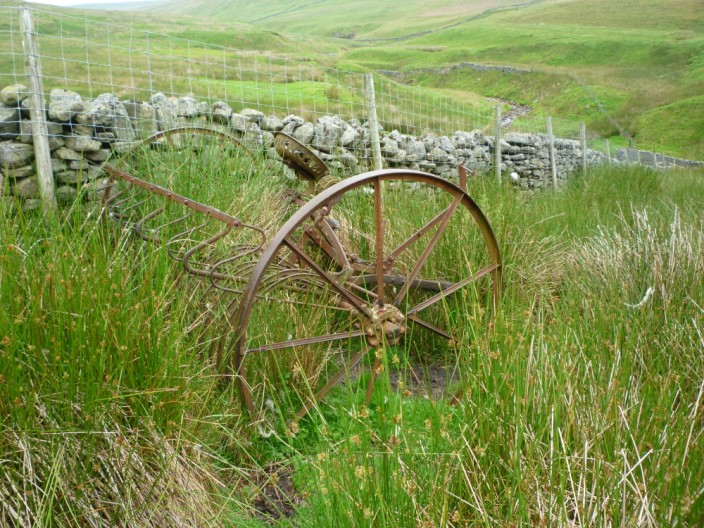 perhaps the reason why this trotting carriage is stuck here! 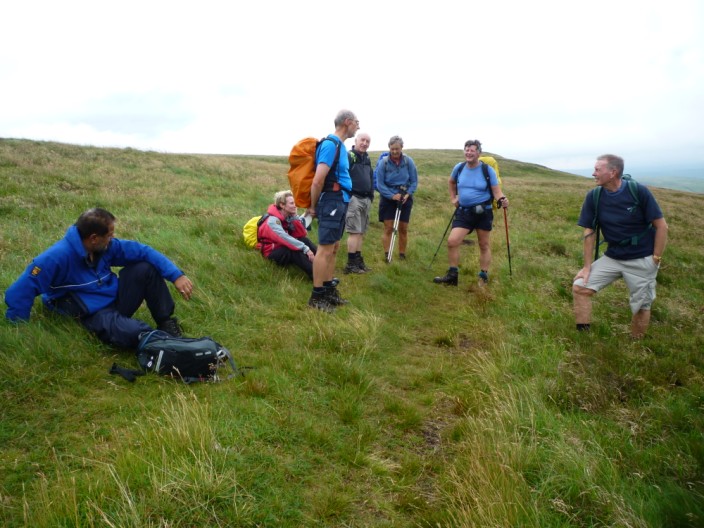 Time for a break after a tough climb over springy heather . . . 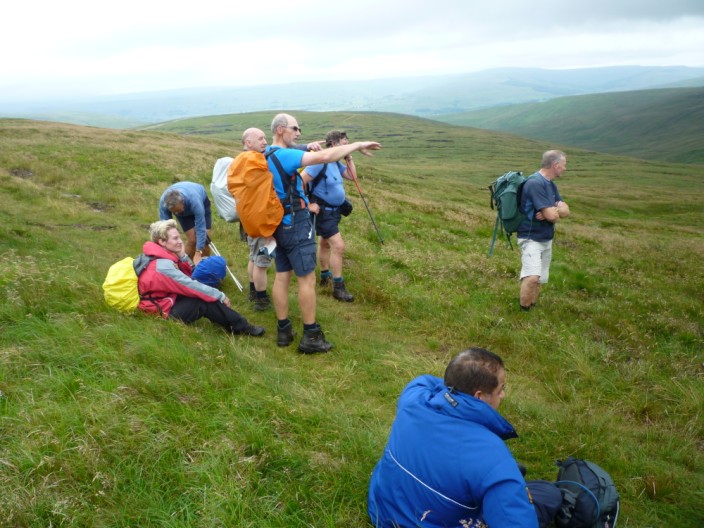 and is that a better path that John and Rob are discussing! 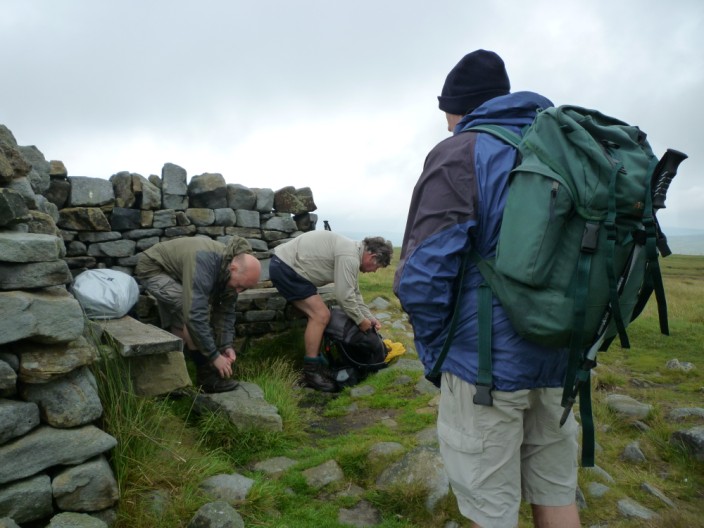 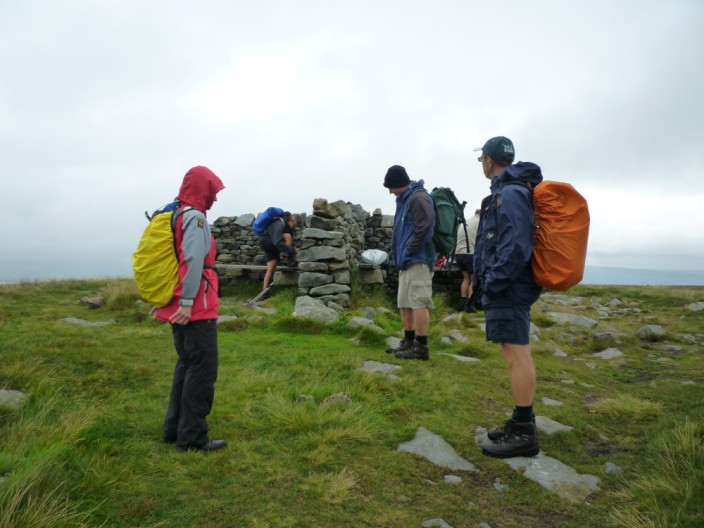 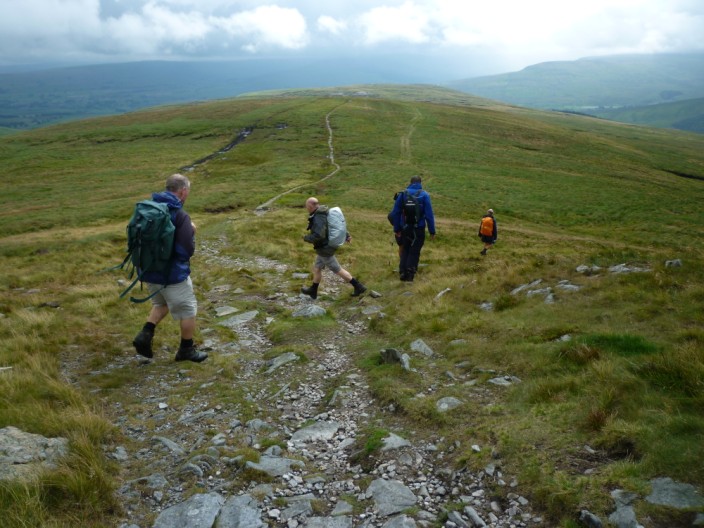 Before long we leave the paved track of the Pennine Way . . . 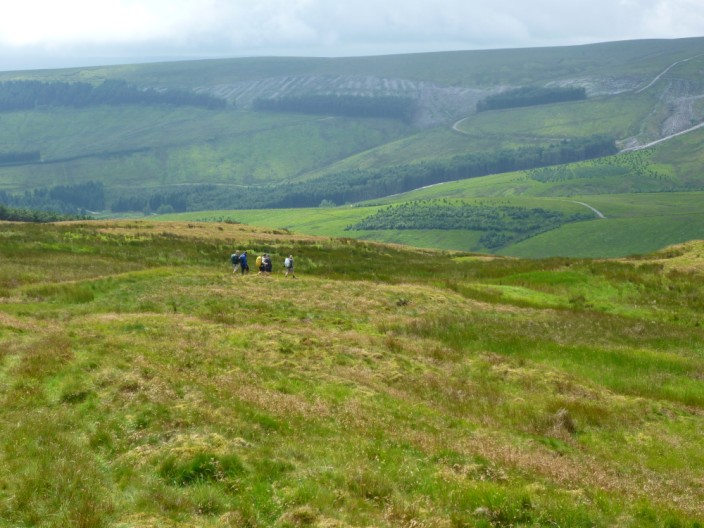 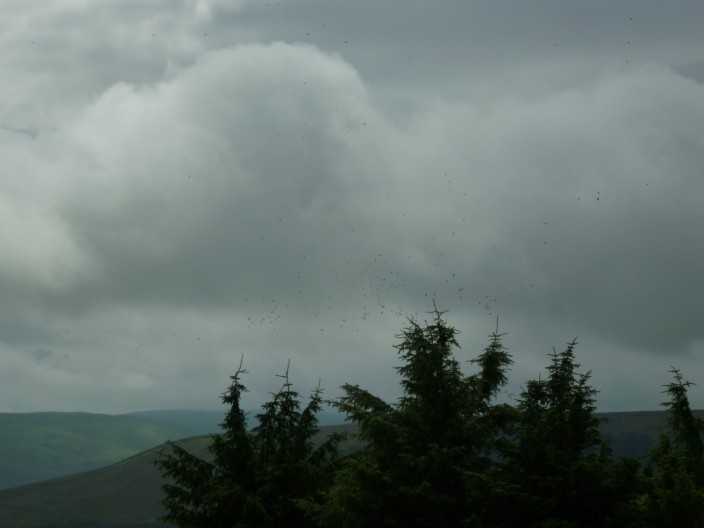 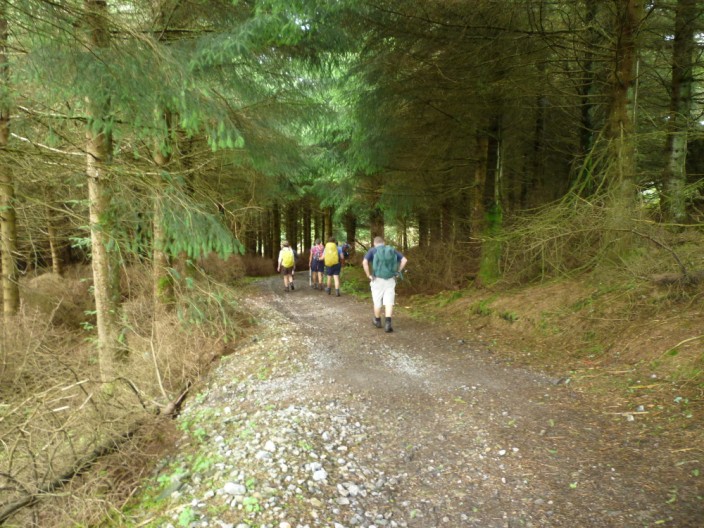 Heading into the woodland . . . 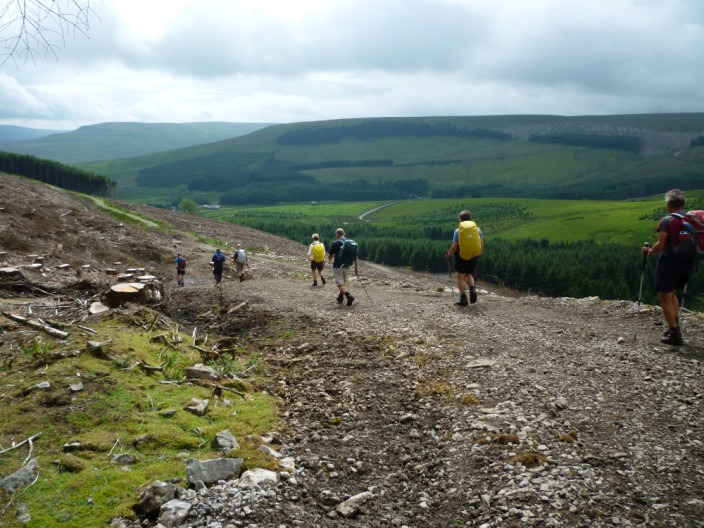 which doesn't last long - a case of 'the disappearing forest' 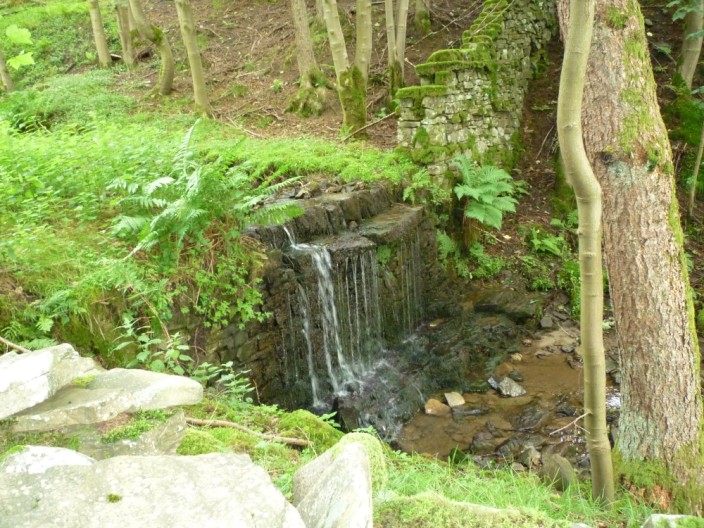 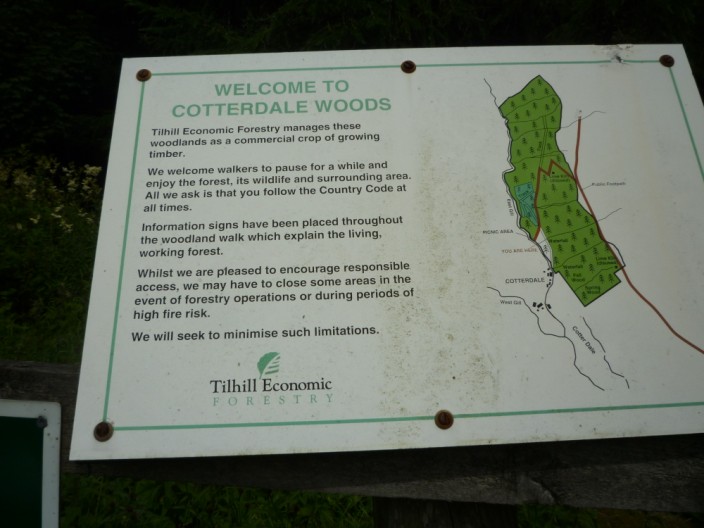 to the walk through Cotterdale Woods . . . 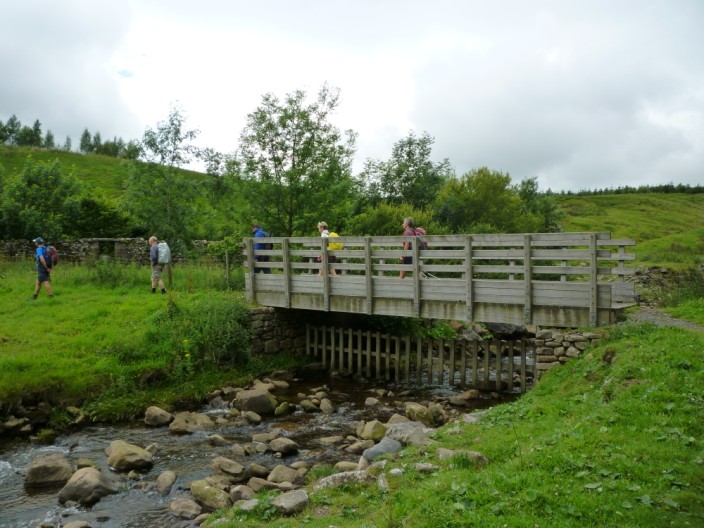 where we cross yet another bridge . . . 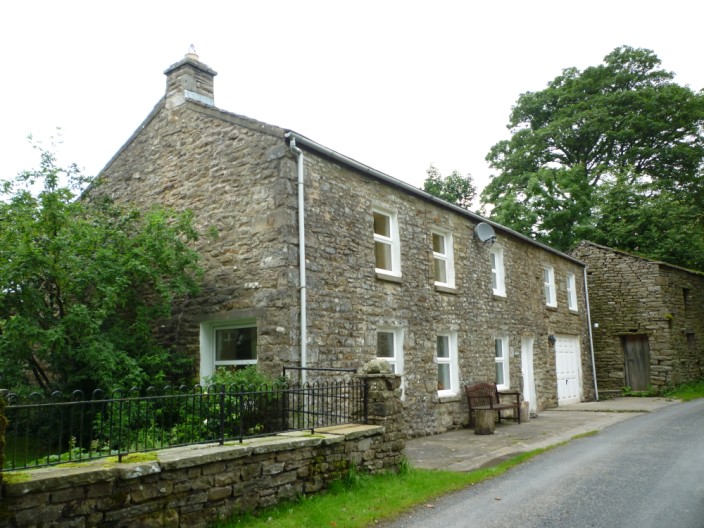 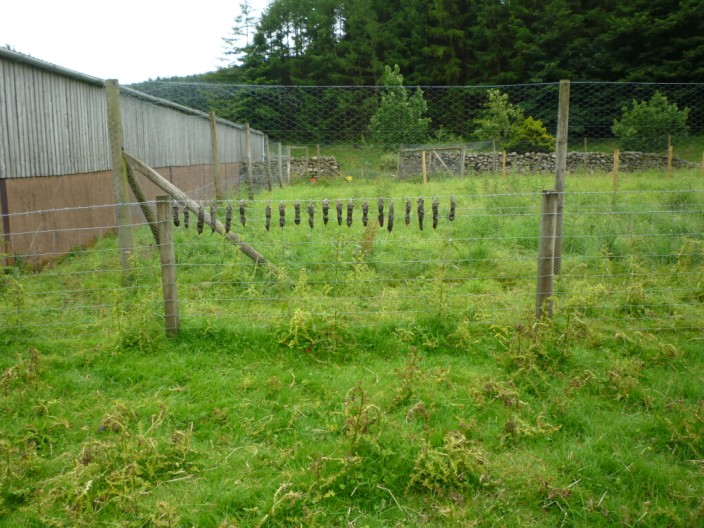 Back on the hillside we pass a rather grim practice . . . 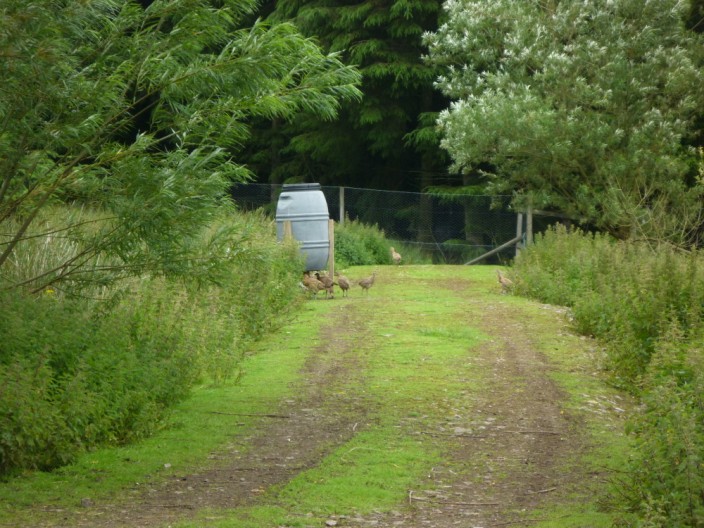 and it won't be long before the grouse are in danger 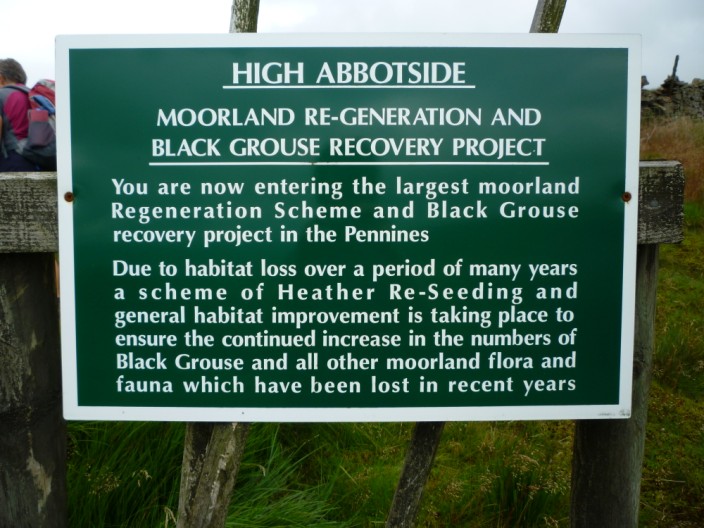 despite the 'Recovery Project' 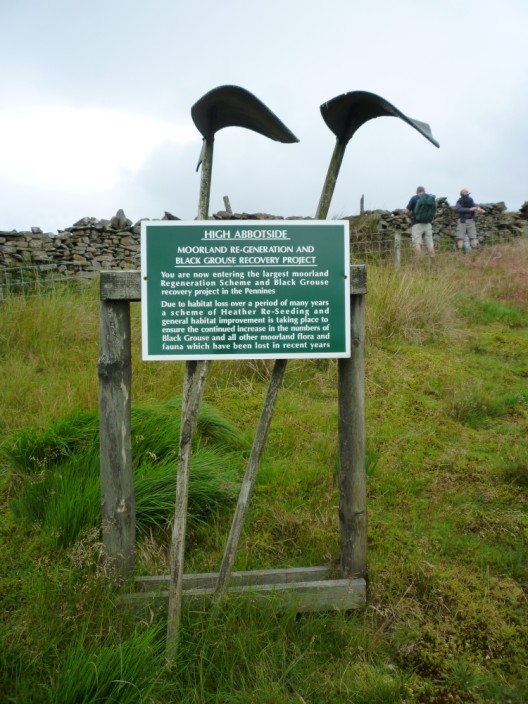 where the wall provides shelter for an afternoon stop 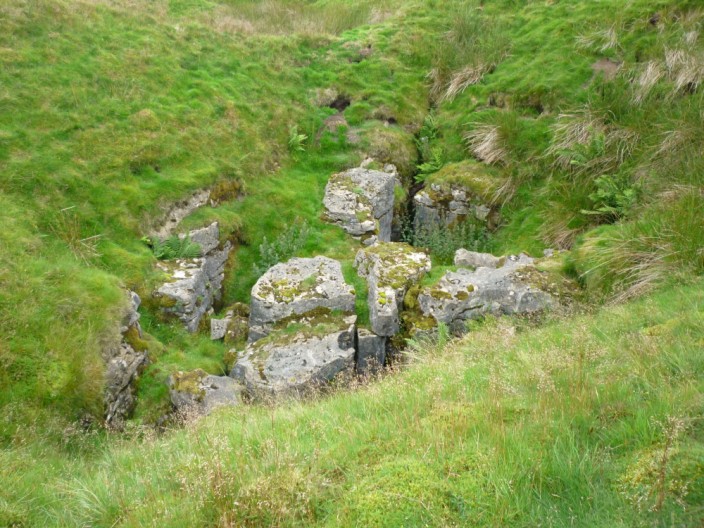 Limestone country - better not slip down this sink hole 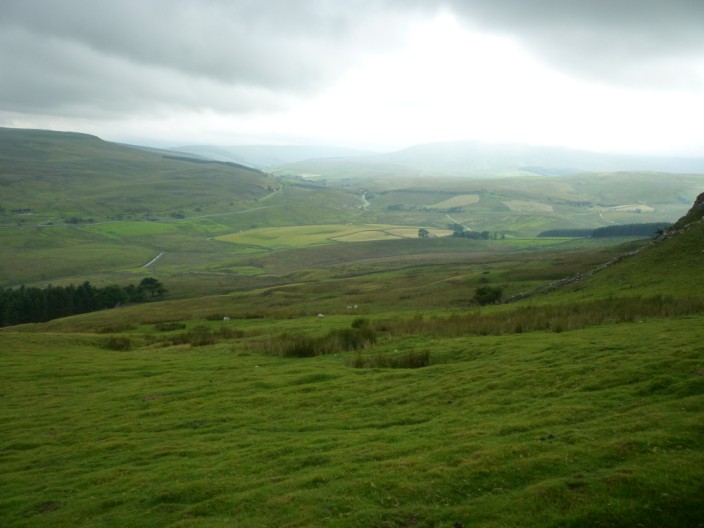 Looking down to Garsdale viaduct, just above the centre of the photo 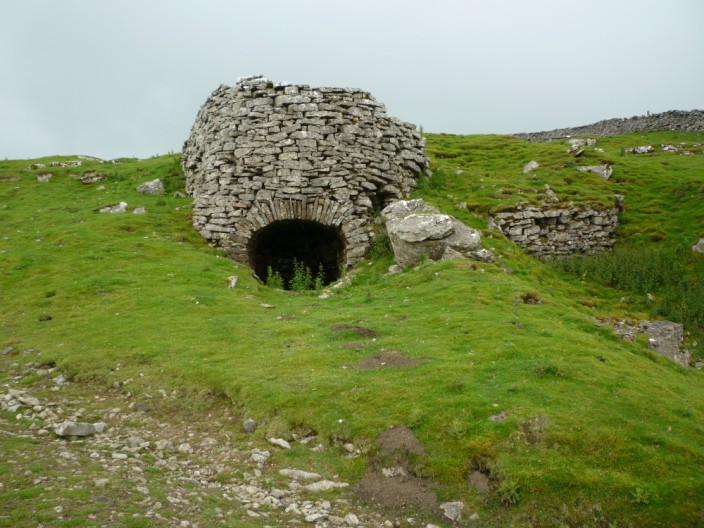 A lime kiln highlights the nature of the area 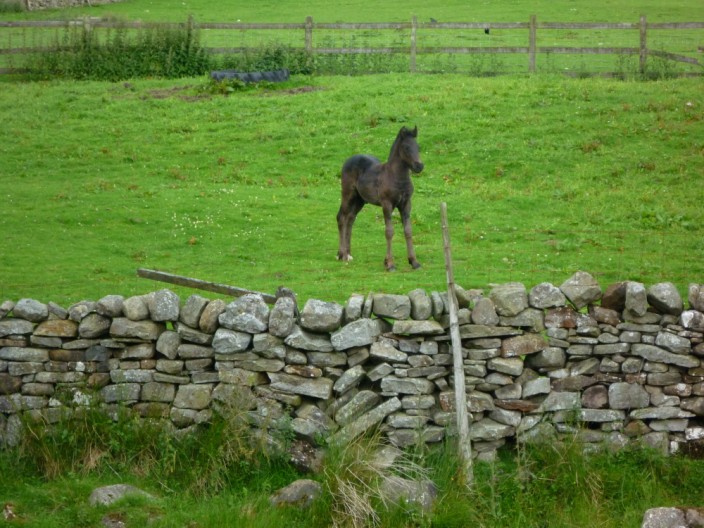 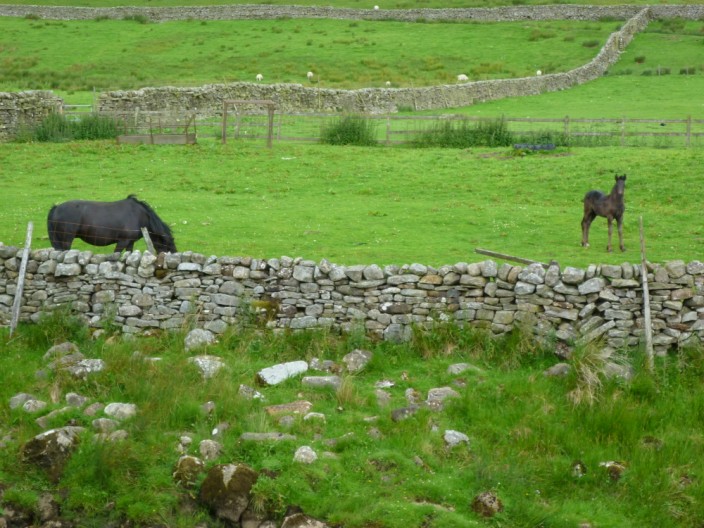 but mum is more interested in an afternoon snack