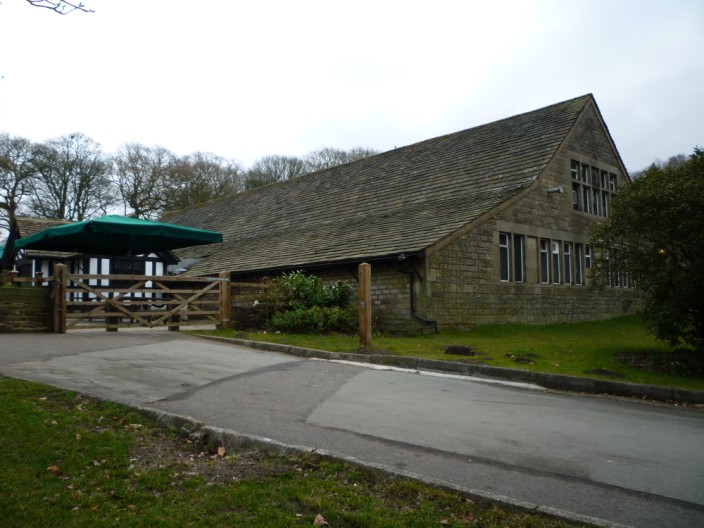 Heading up past Rivington Hall Barn . . . 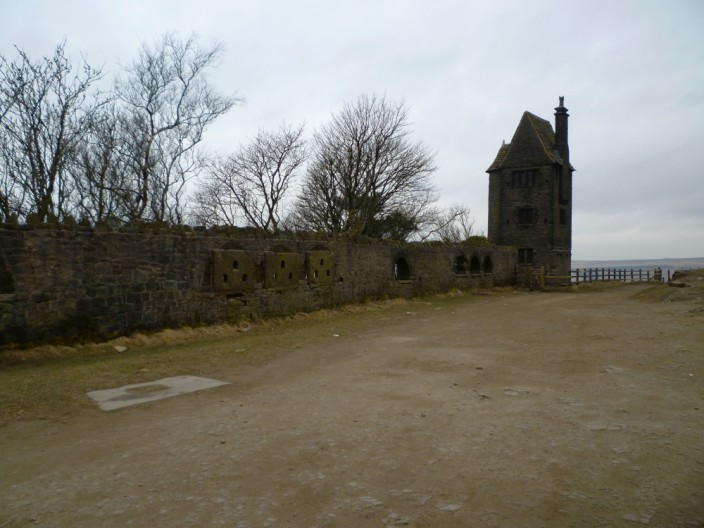 a short climb brings me to the Pigeon Tower . . . 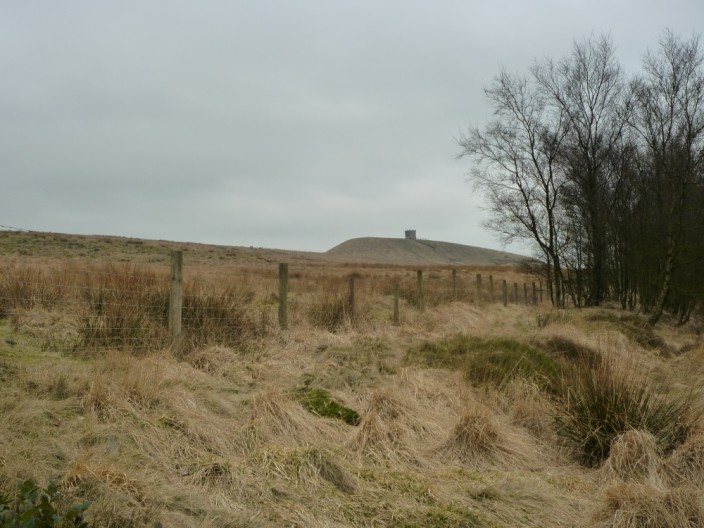 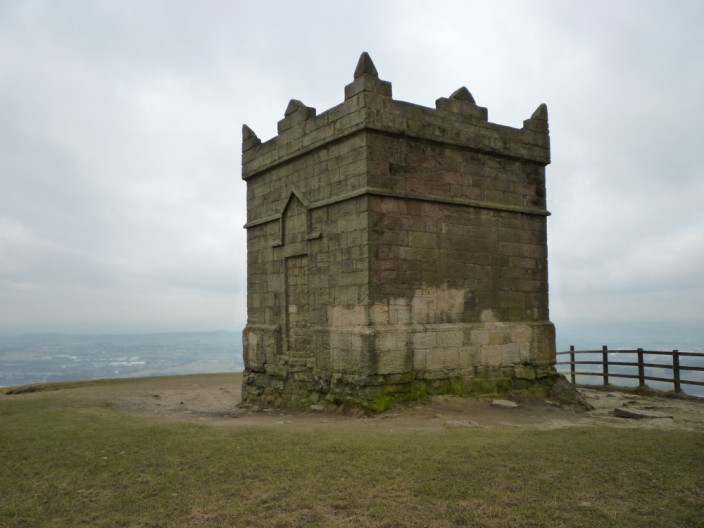 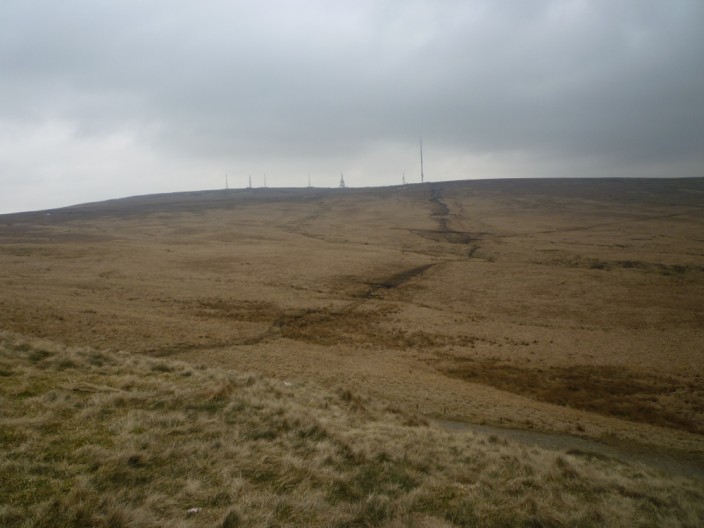 From the Pike the direct path to Winter Hill can be clearly seen . . . 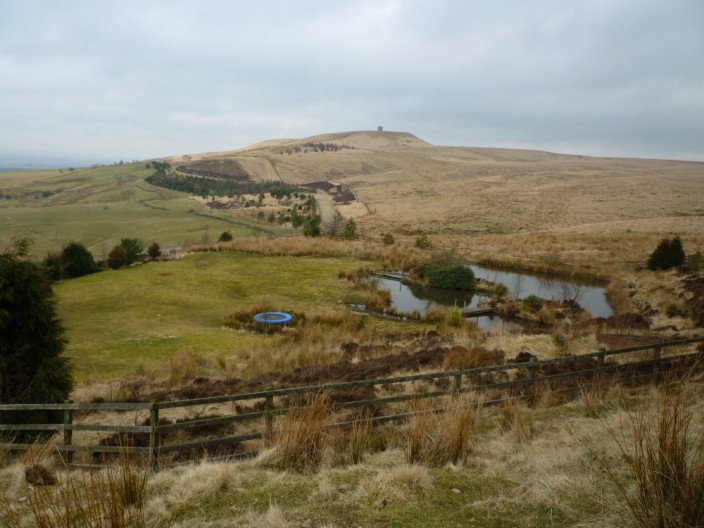 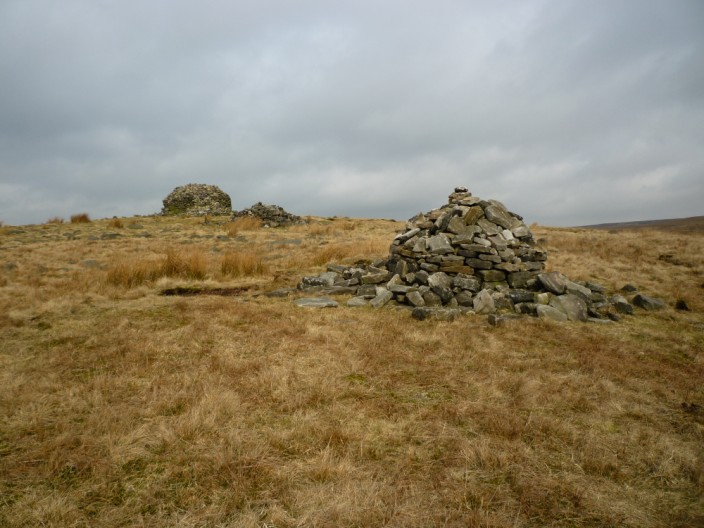 There seem to be a number of theories about Two Lads. There are three cairns now and these have been partly restored since my last visit in 2009

It is believed that on the 'Two Lads' two young men walking from Chorley to Rochdale went mysteriously missing from the site during a winter storm in the early 20th century. Two memorial cairns are built on the site in the memory of the men. Another theory is that this was the burial site of a powerful Saxon king with a burial mound and bodies found at the site. 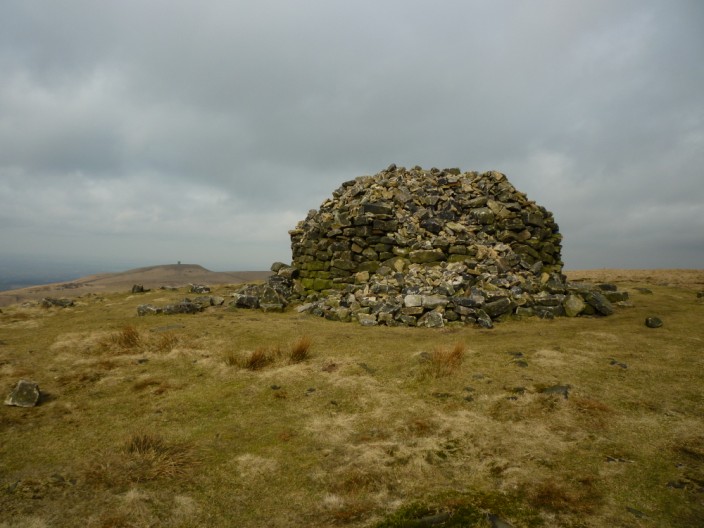 The larger of the three cairns 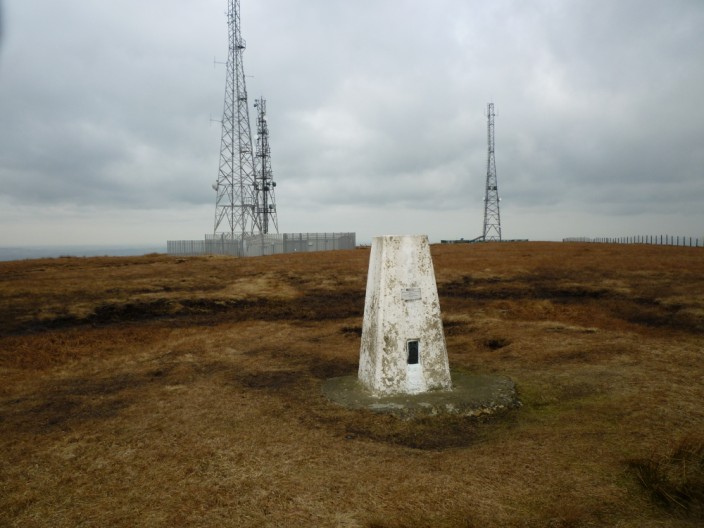 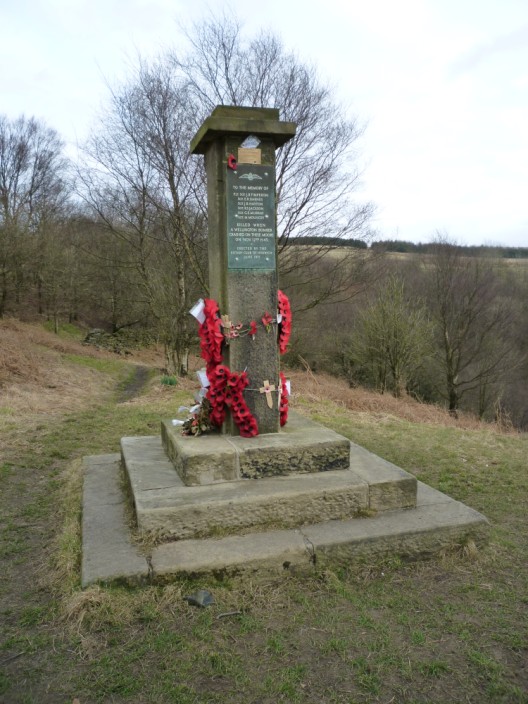 The memorial to those killed . . . 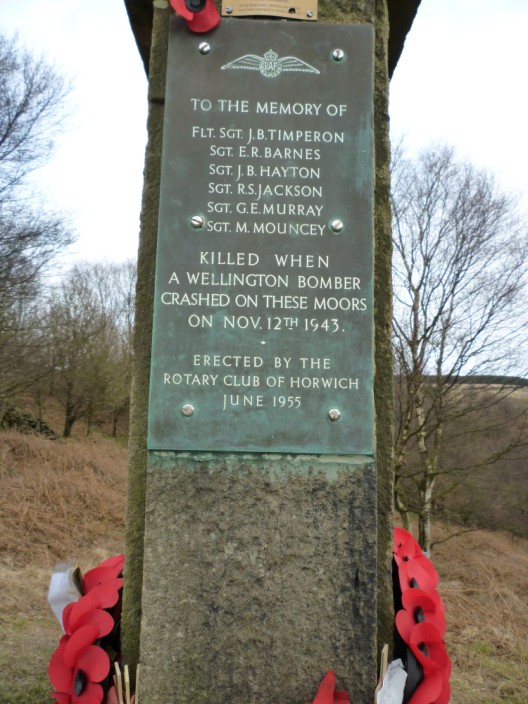 when a Wellington bomber crashed on the moors 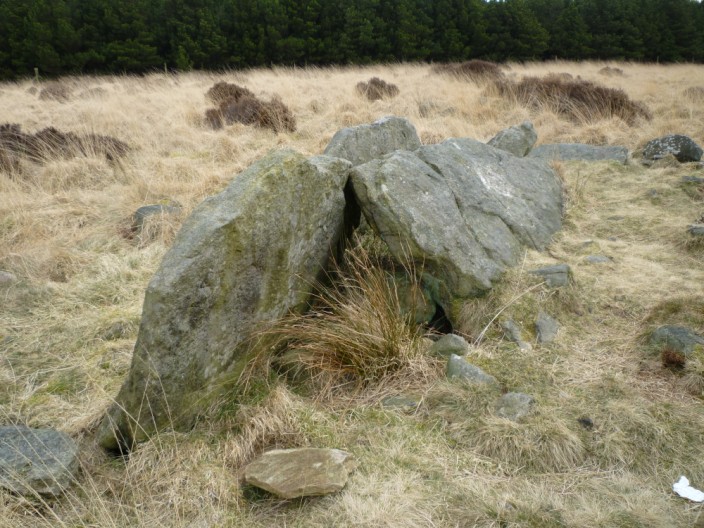 The Pike Stones, the remains of a 5,000 year old Neolithic long barrow, or burial chamber 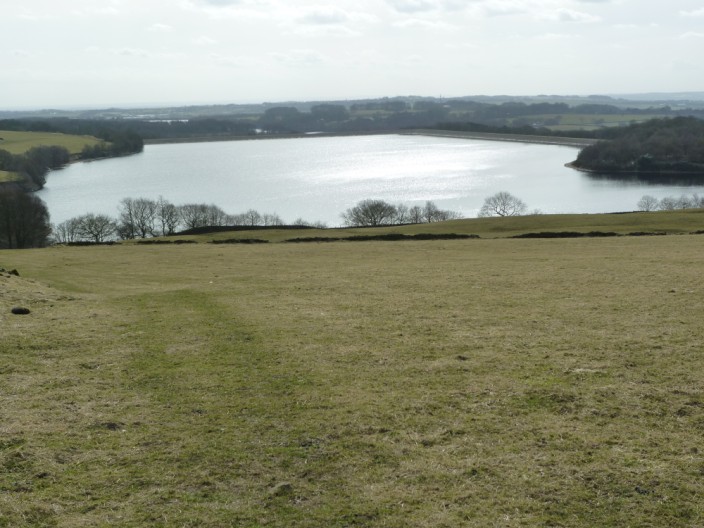 Yarrow Reservoir, taken from a new path I found today 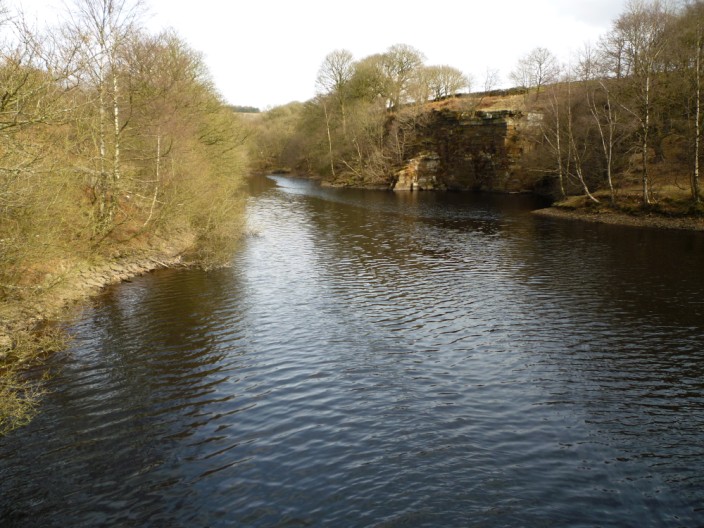 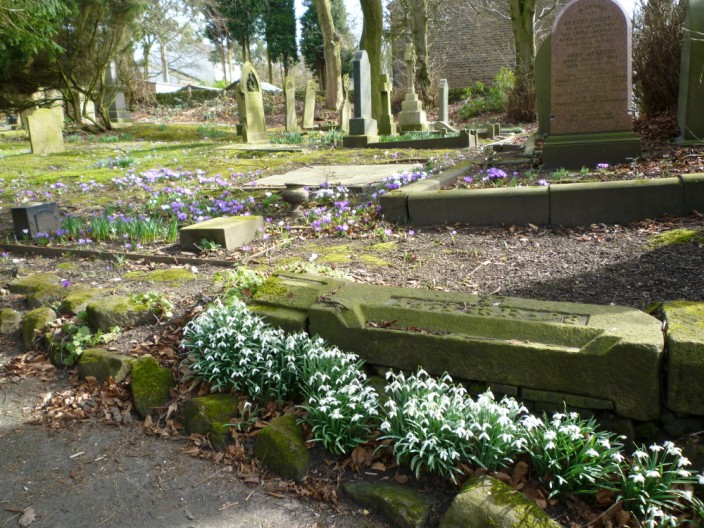