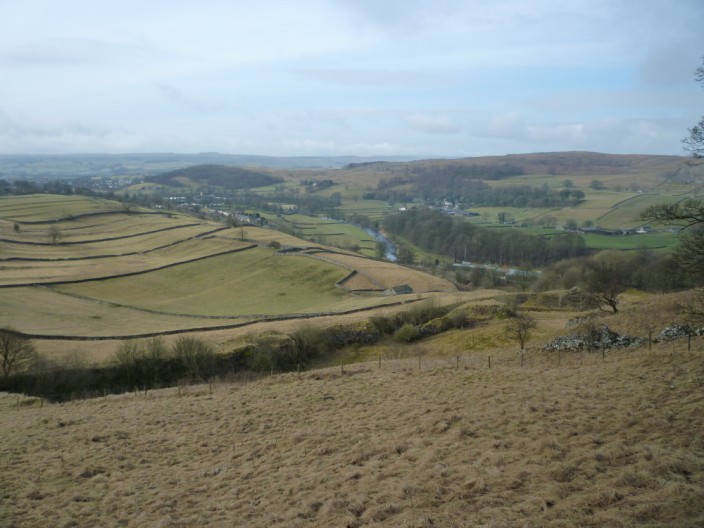 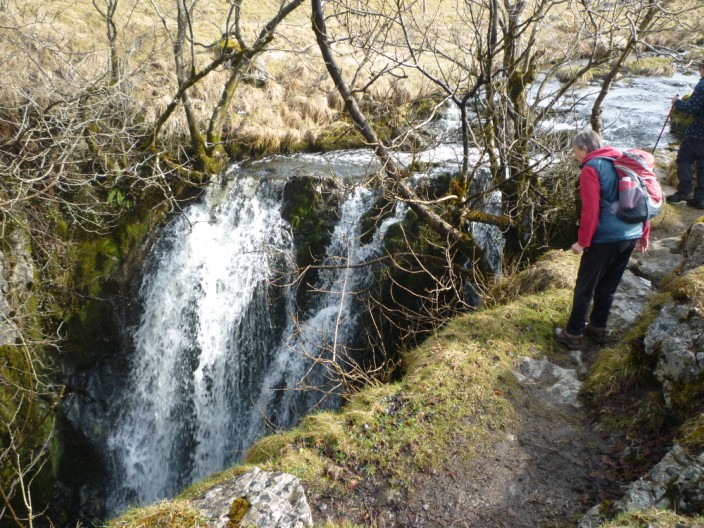 Marie checks where the water is going . . . 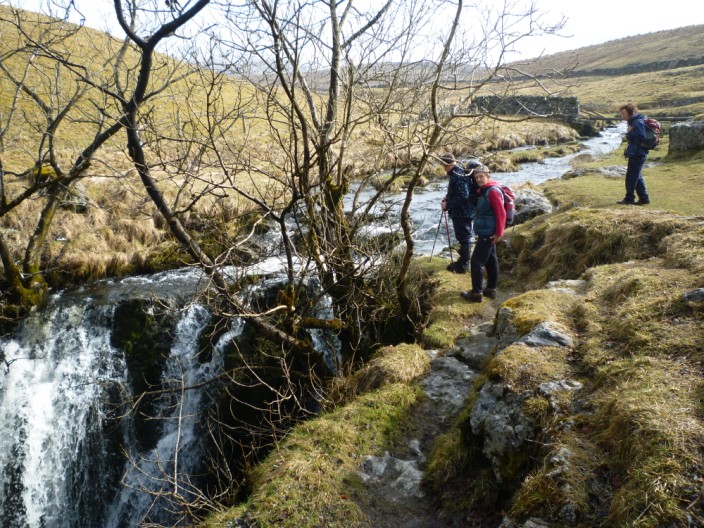 whilst others explore where it is coming from 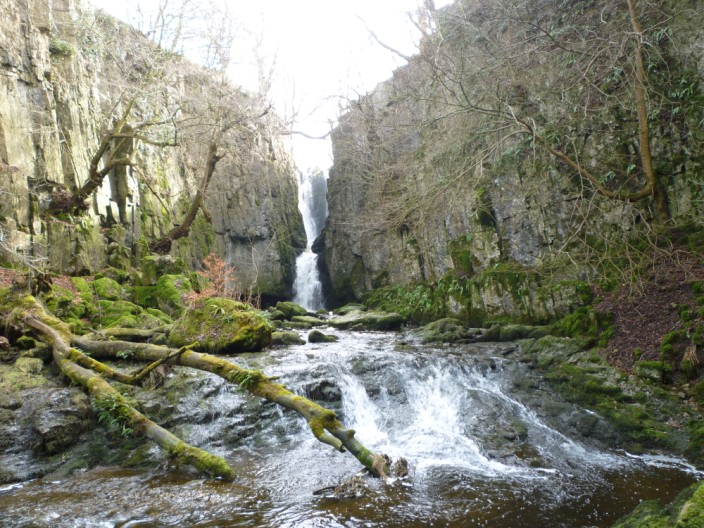 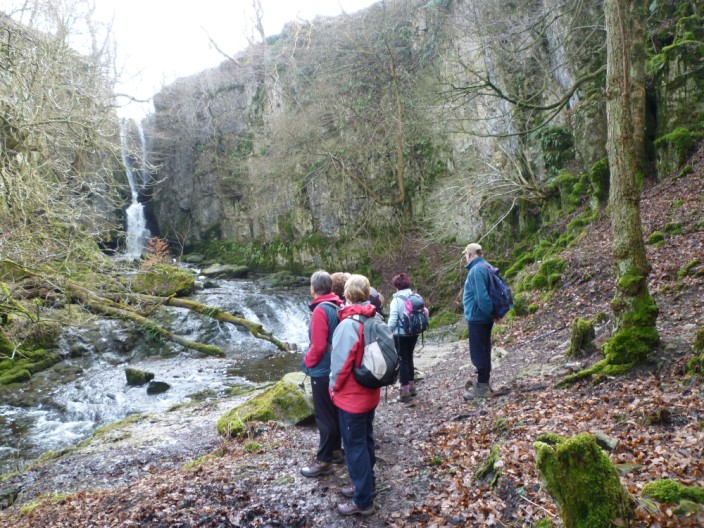 when we head down into the dell 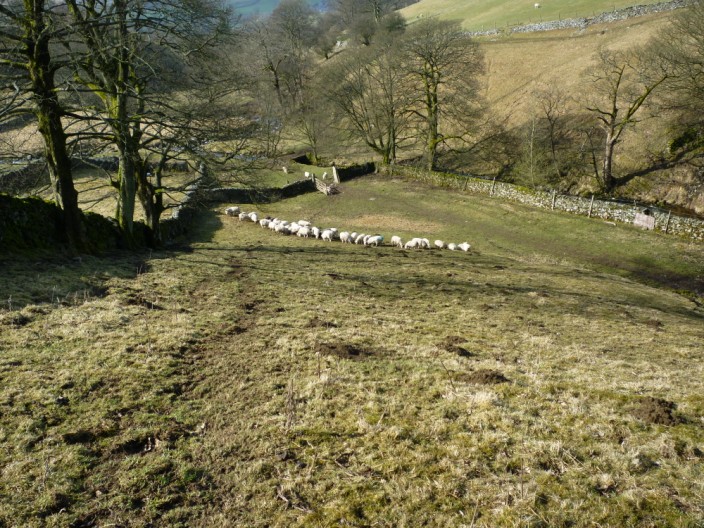 Lining up for lunch 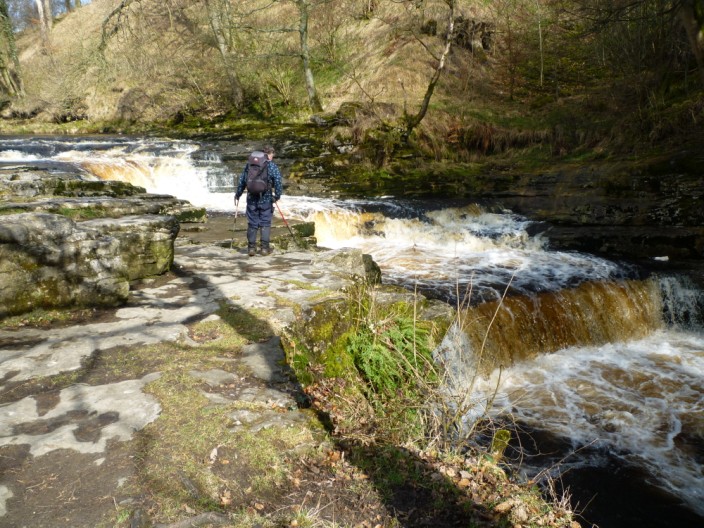 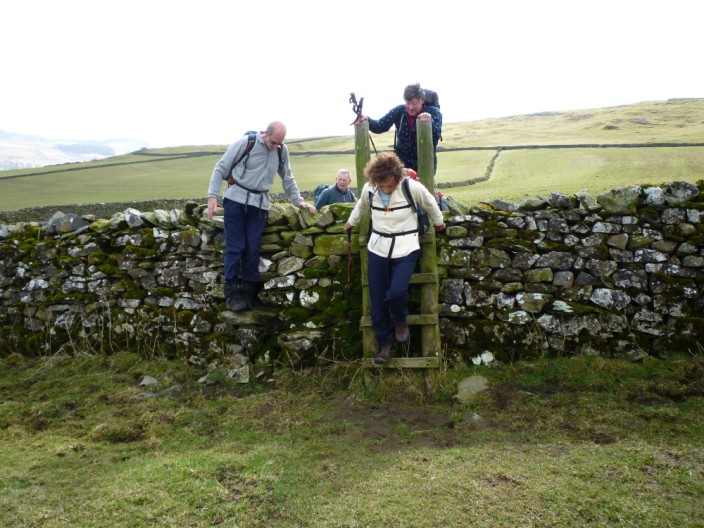 Wall stile or wooden stile - you can choose 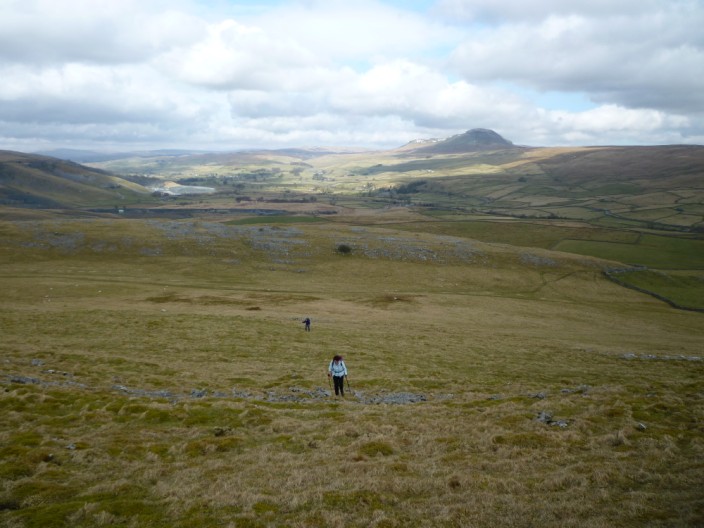 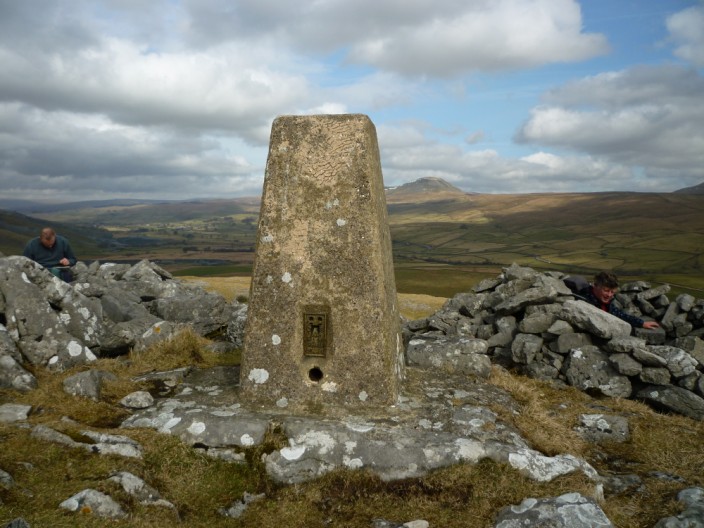 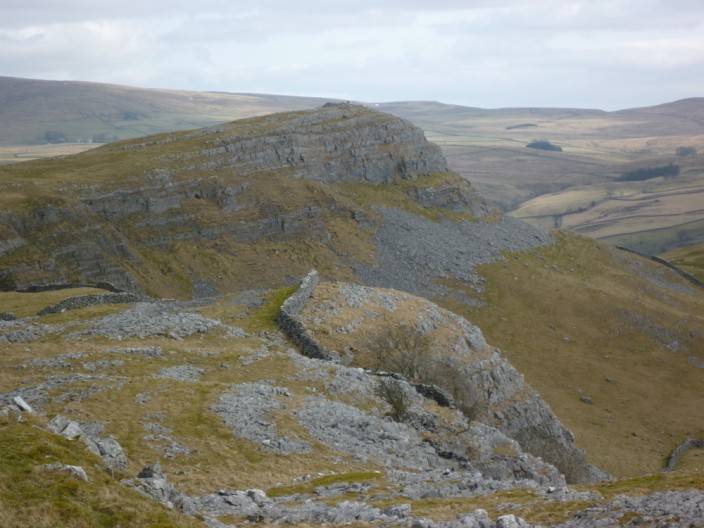 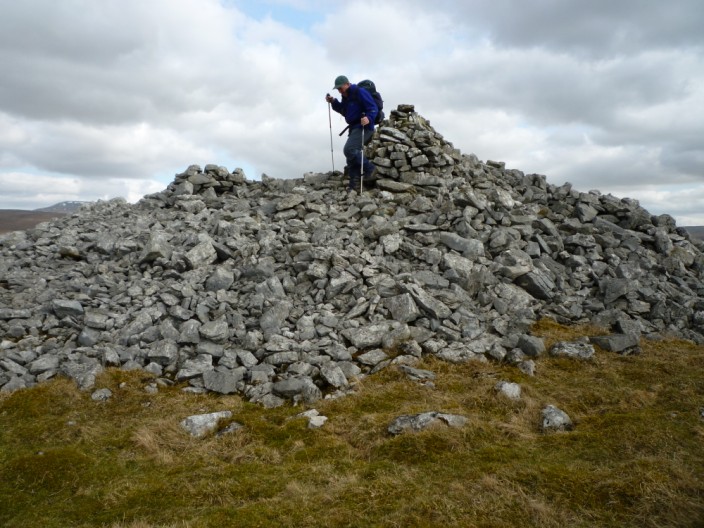 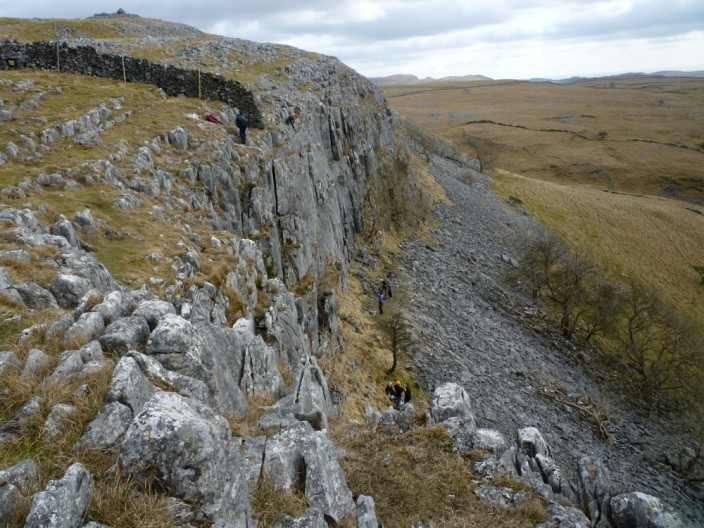 and nearby a group prepares for some rock climbing 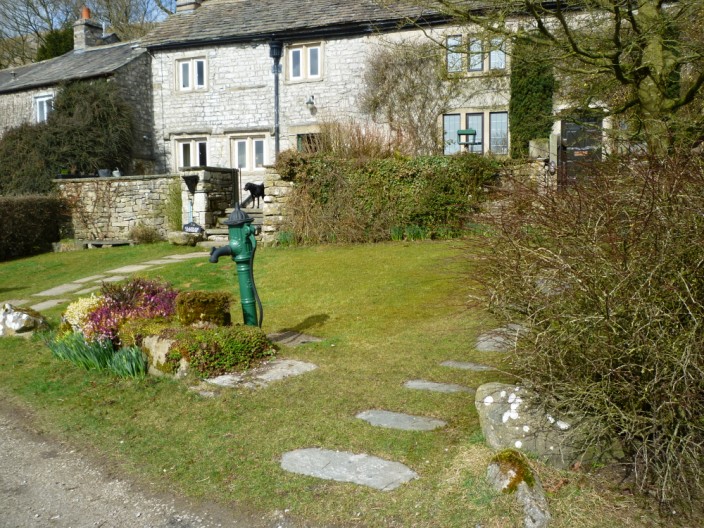 This house has an interesting garden feature . . . 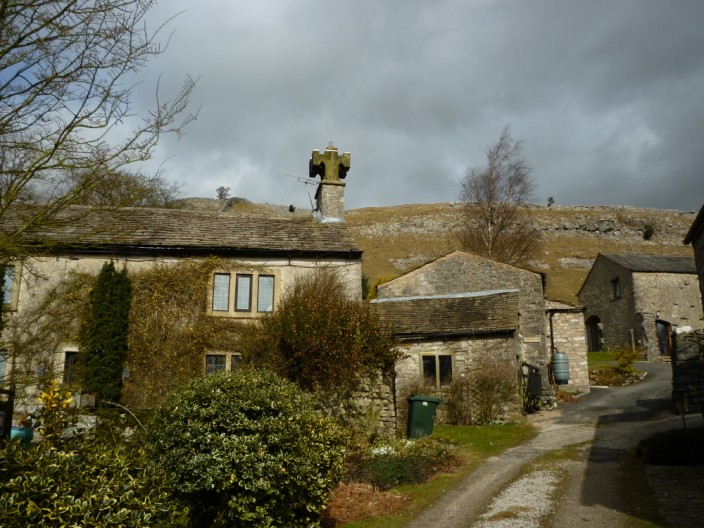 and an unusual chimney pot 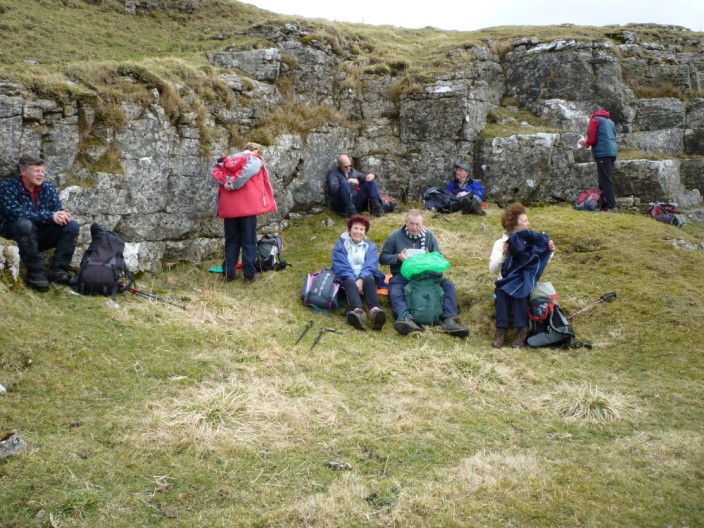 Not much shelter - as we stop for lunch 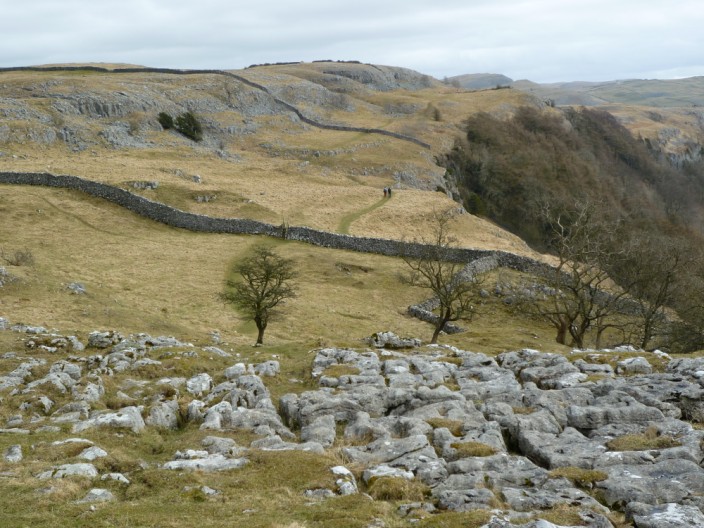 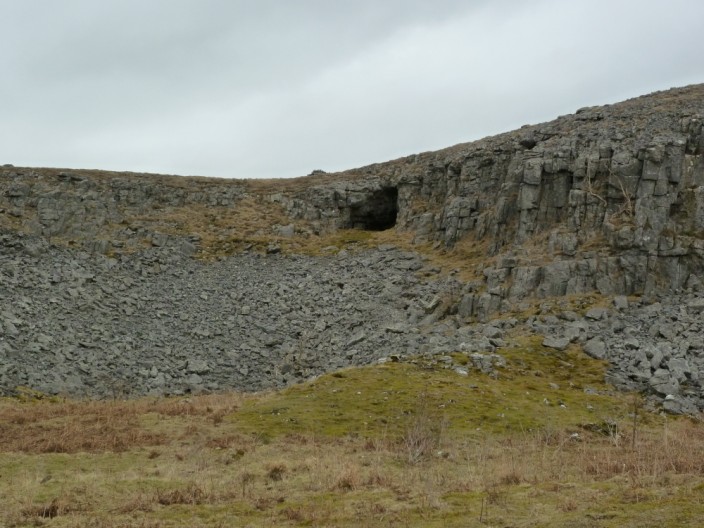 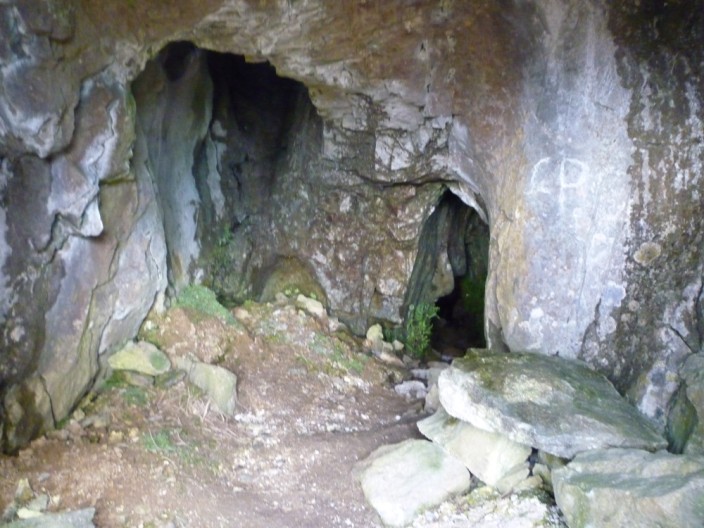 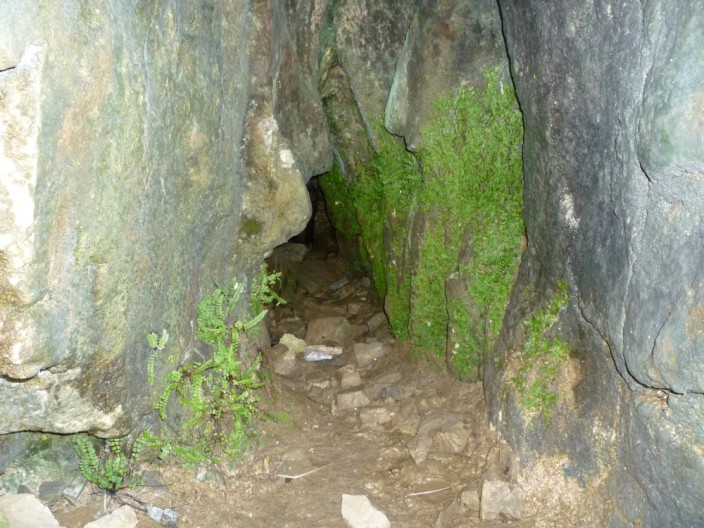 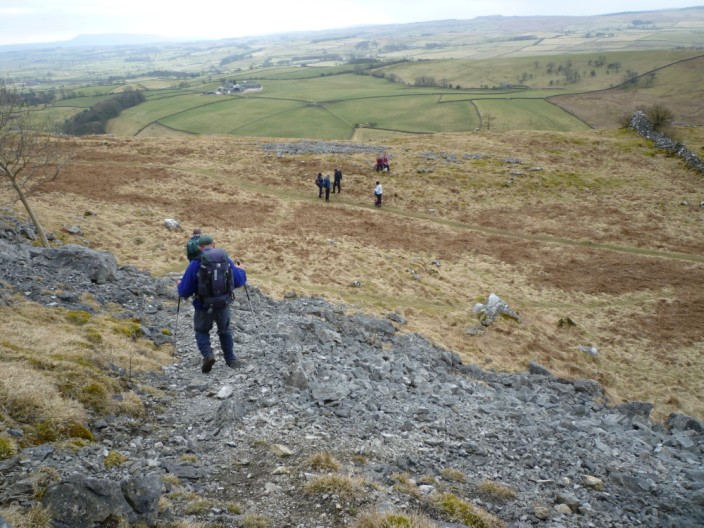 Some of the group decide to forego the cave exploration 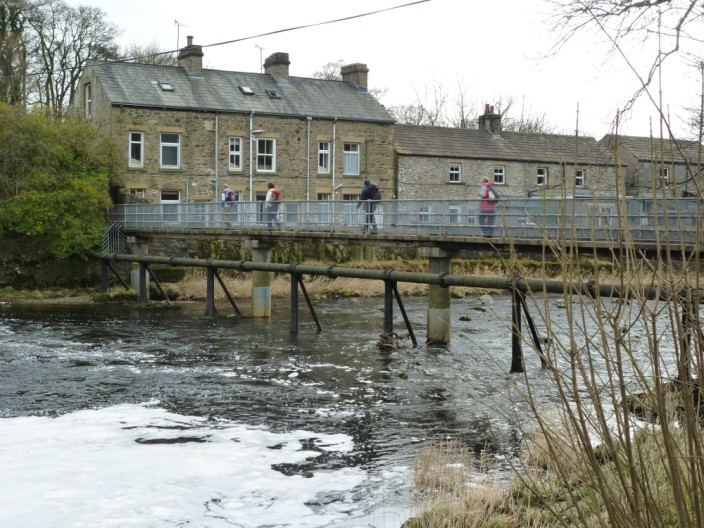 Crossing the River Ribble near the weir 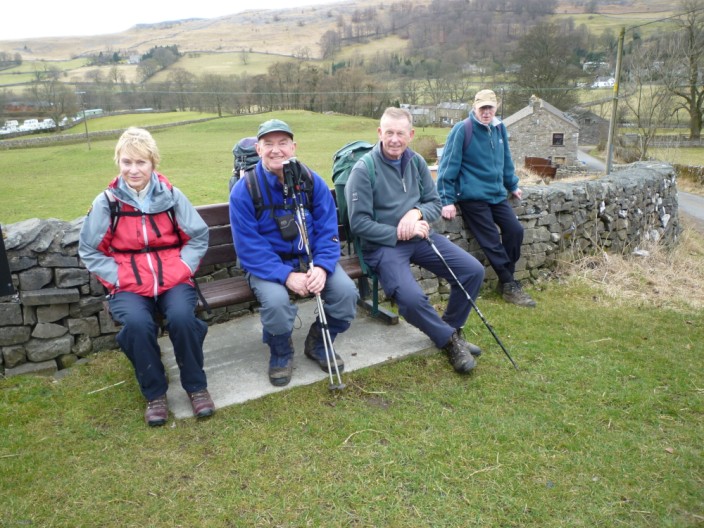