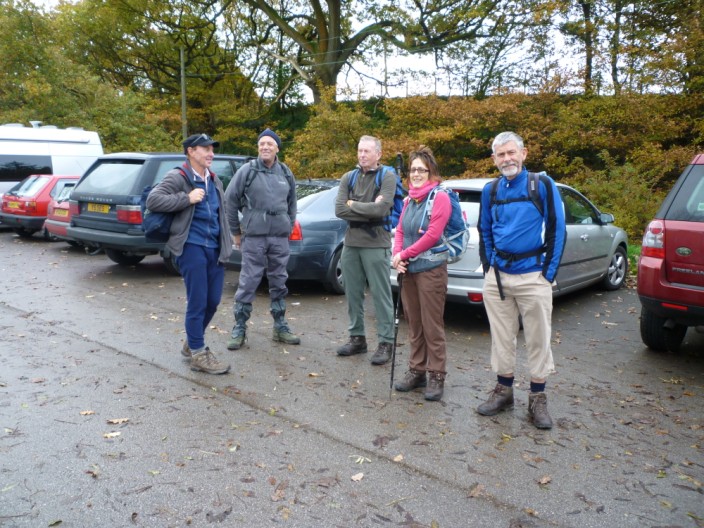 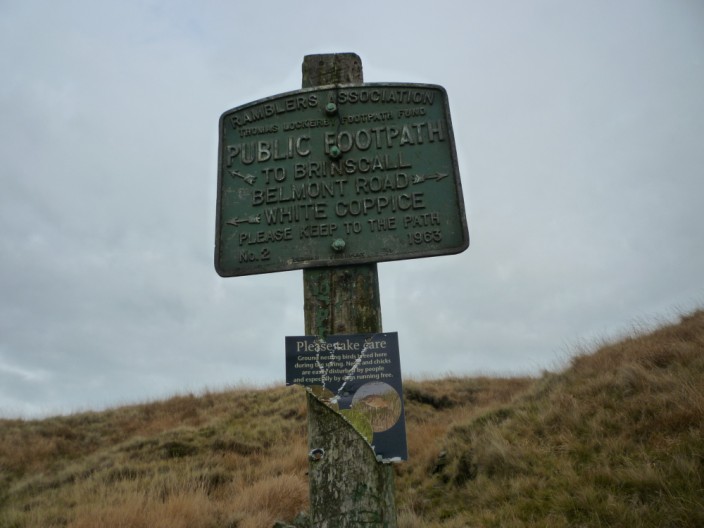 Standing the test of time! 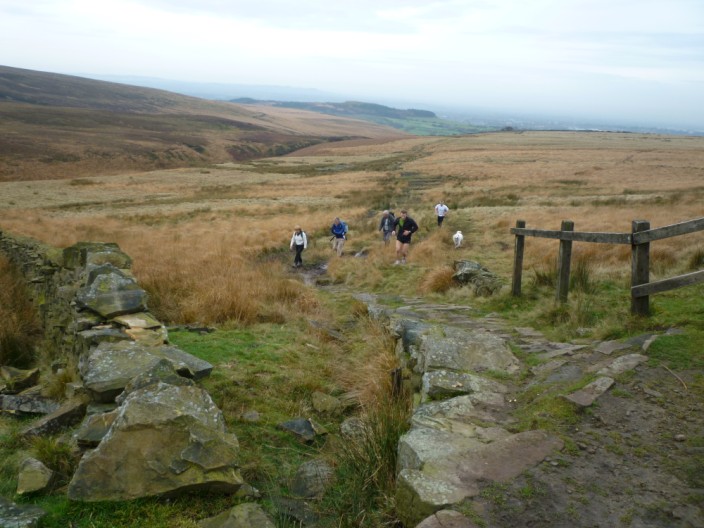 The one in shorts is a jogger - not one of our party! 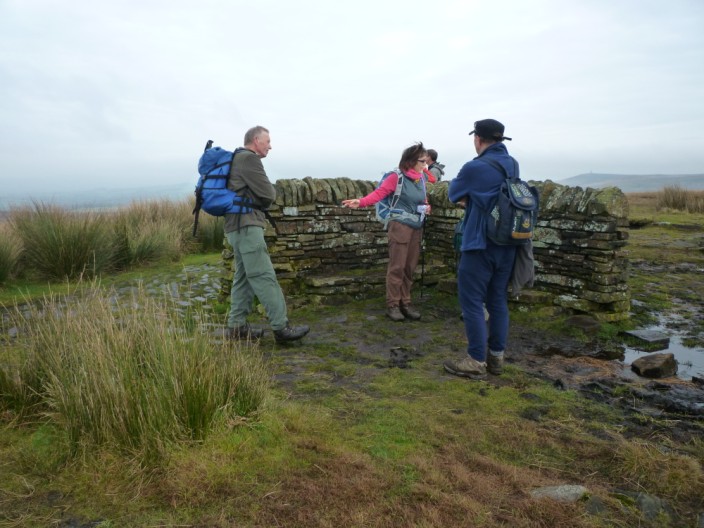 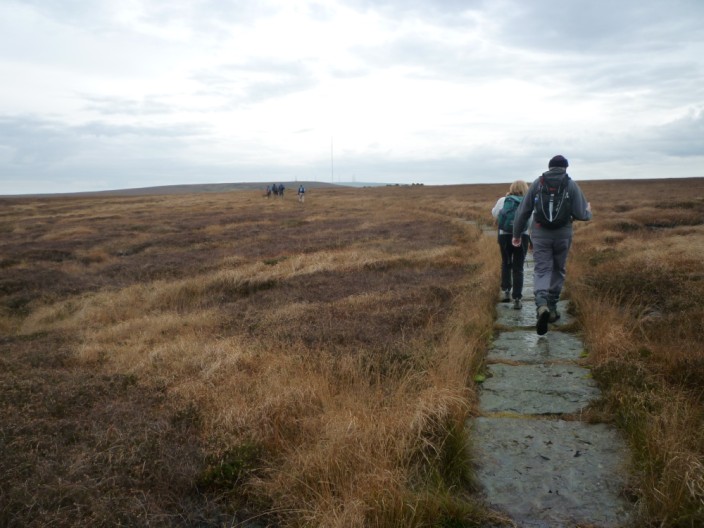 so we carry on along Spitlers Edge . . . 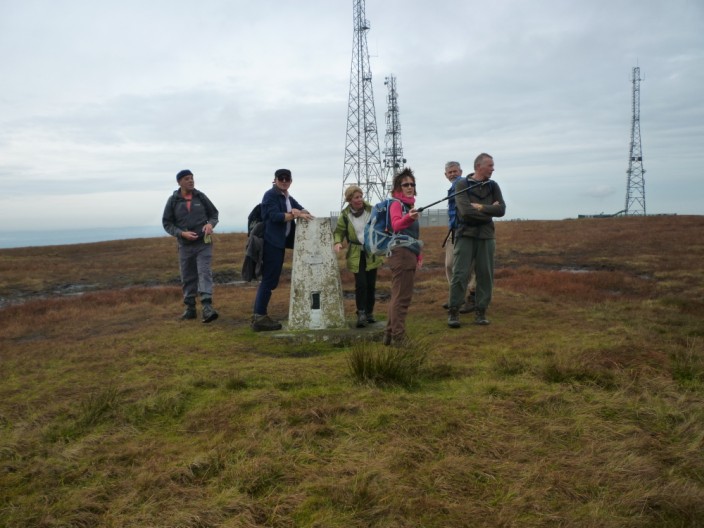 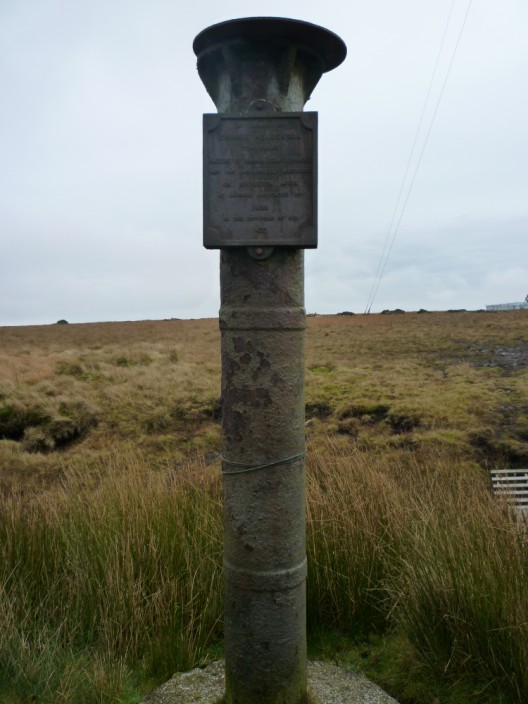 where Scotsman's Stump commemorates the murder of George Henderson in 1838 . . . 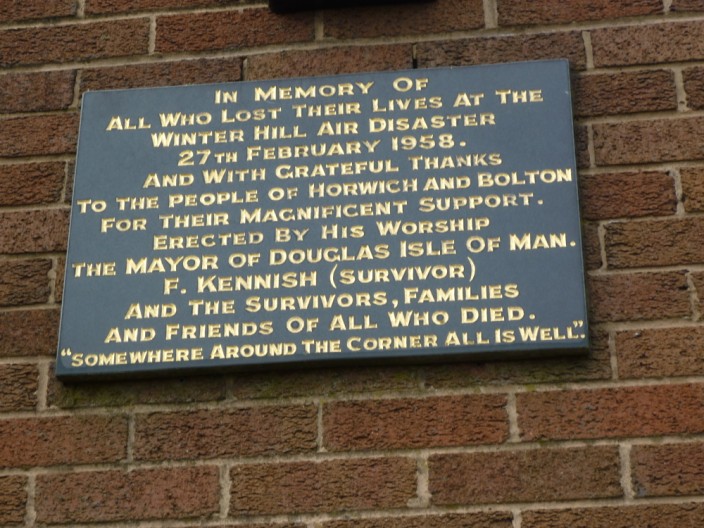 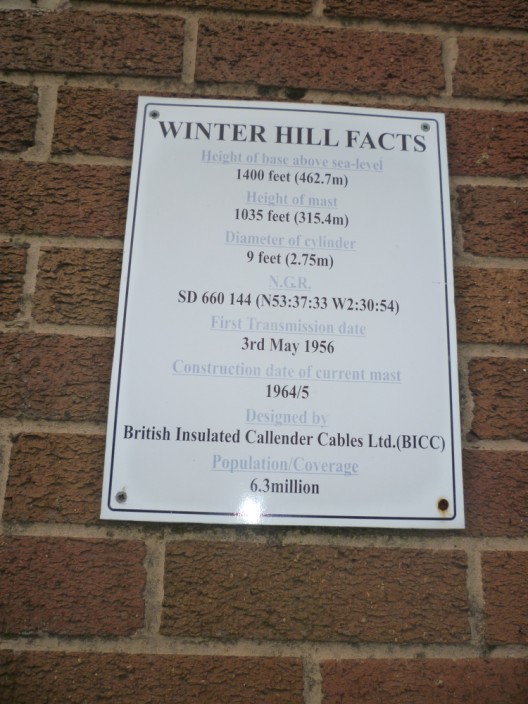 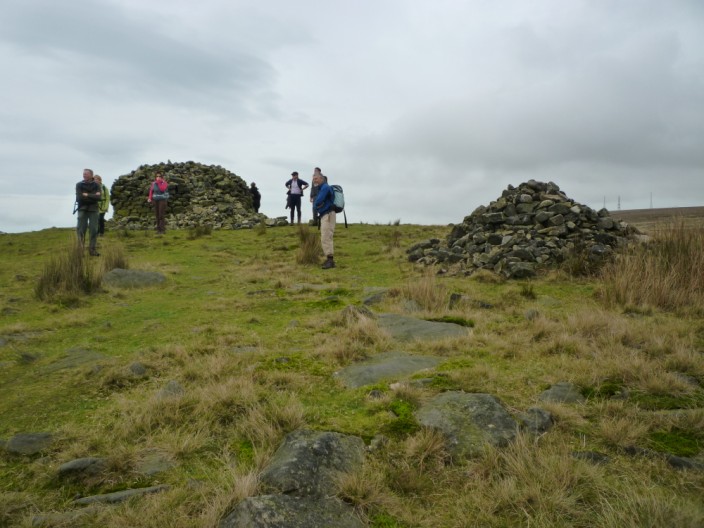 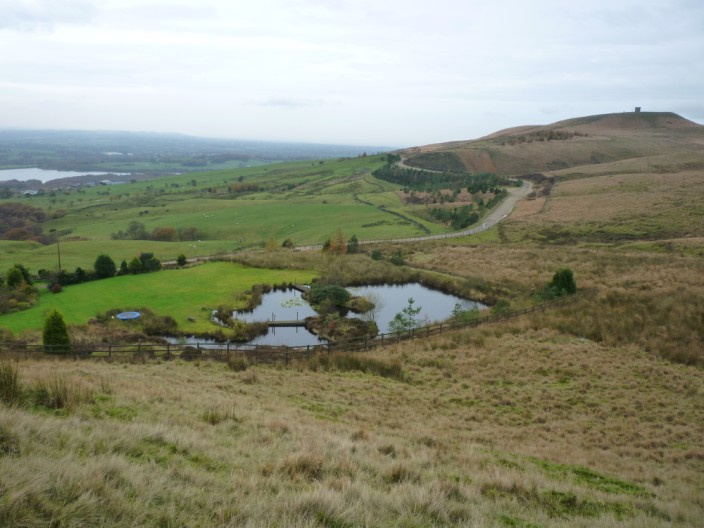 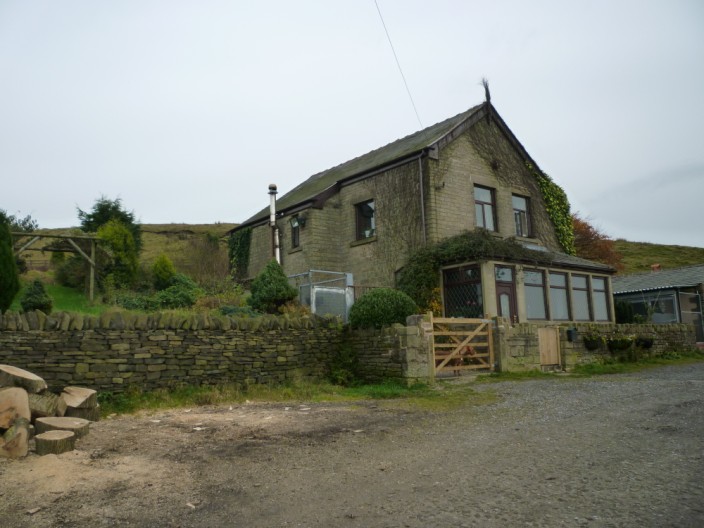 and the front of the cottage which is a 'dog hotel' 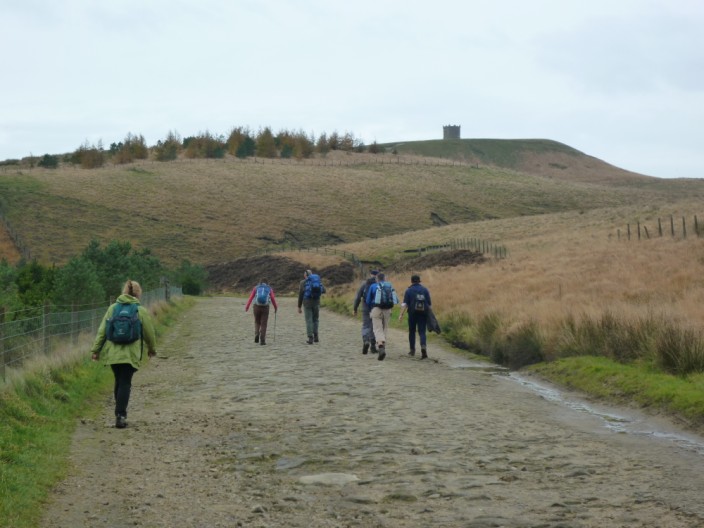 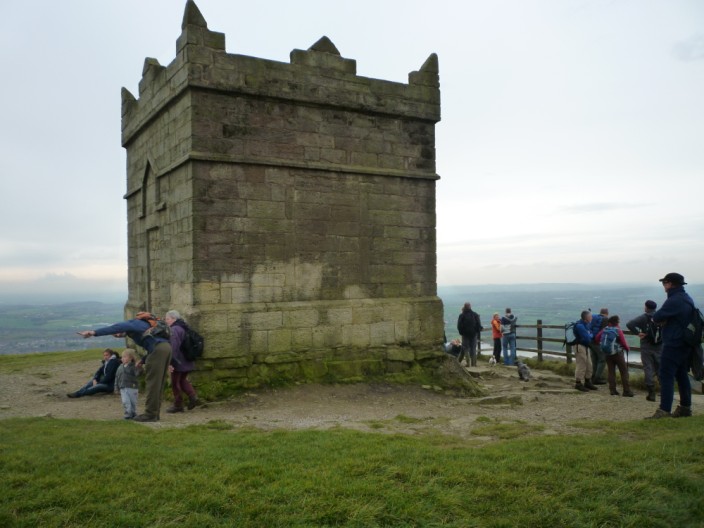 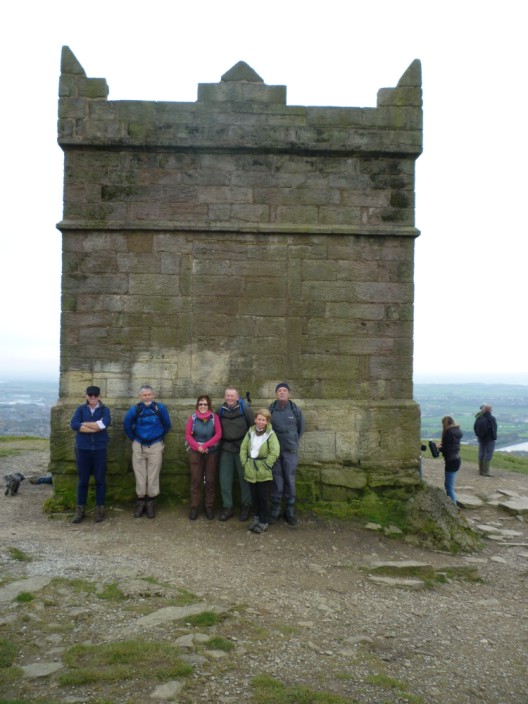 and time for a group photo 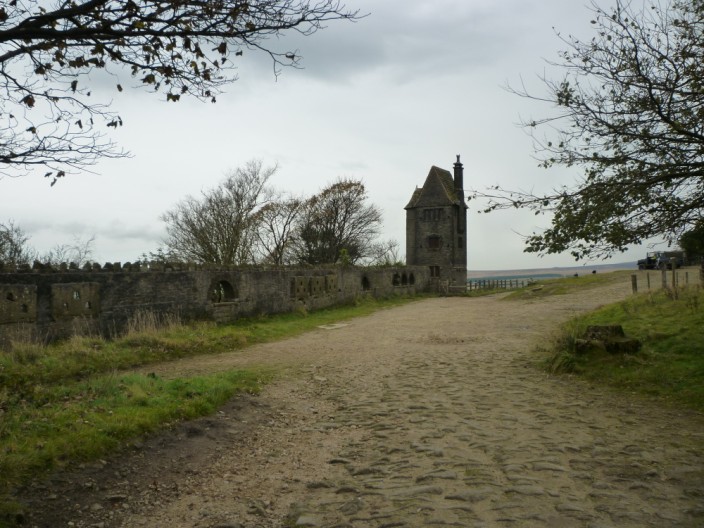 Descending via the Pigeon Tower . . . 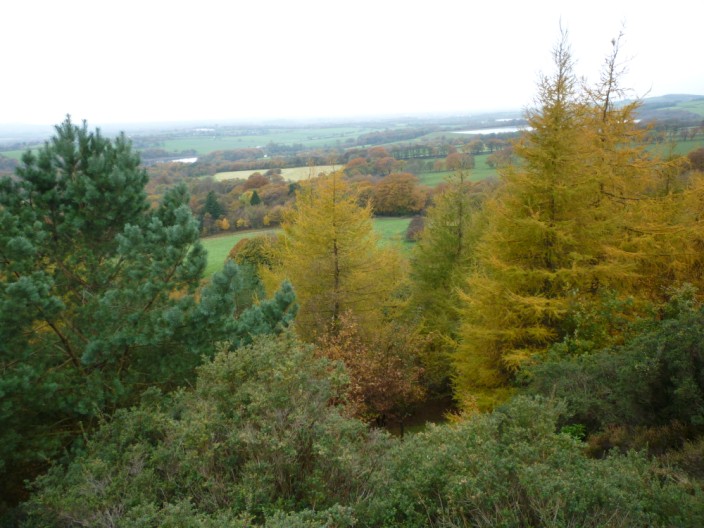 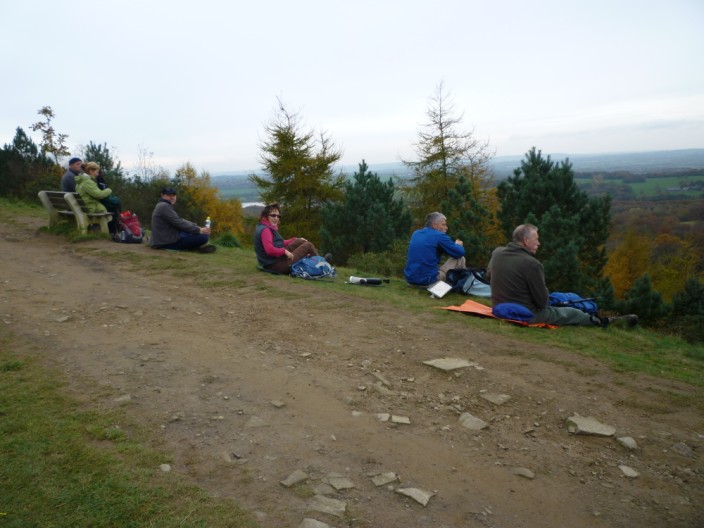 as we eat our lunch 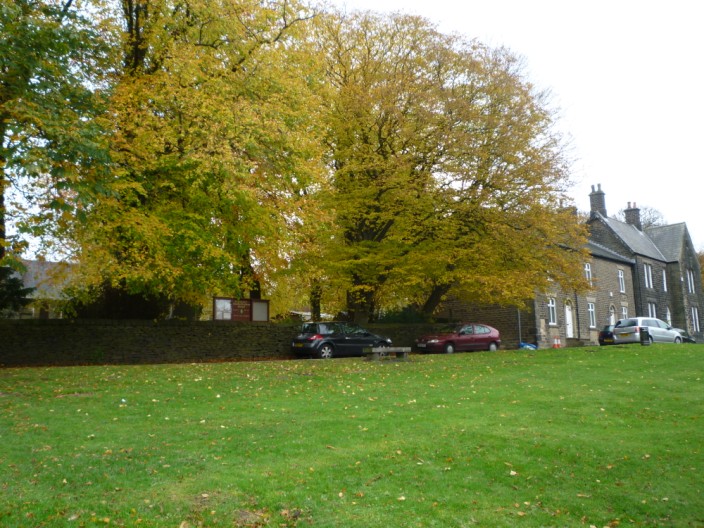 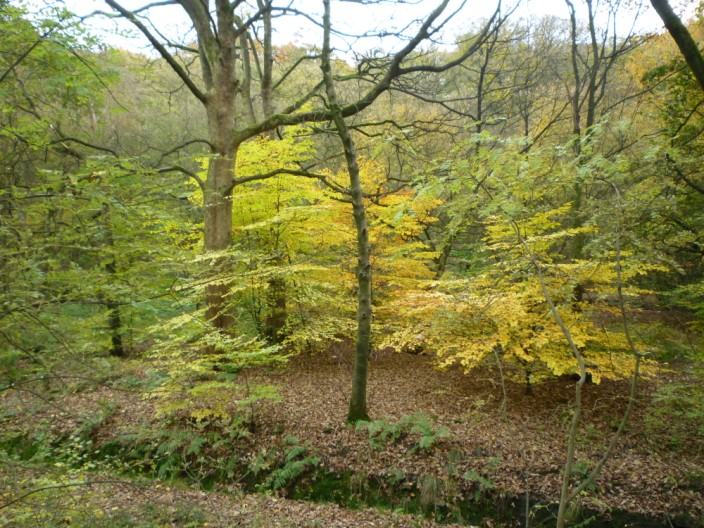 More Autumn colours as we follow the route past the reservoirs . . . 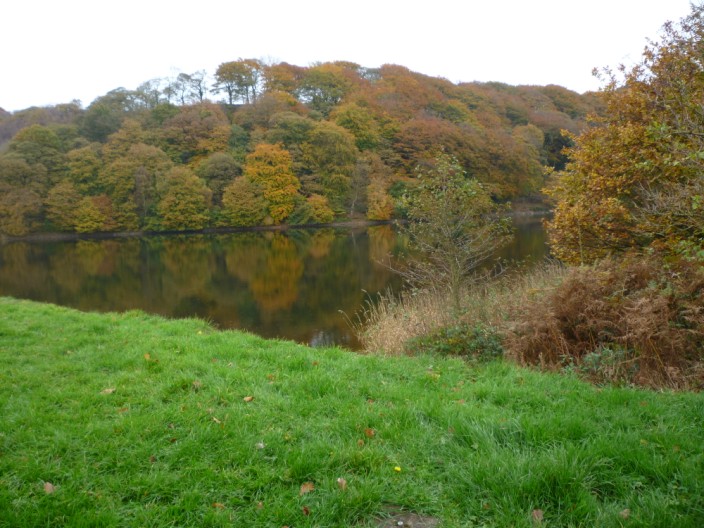