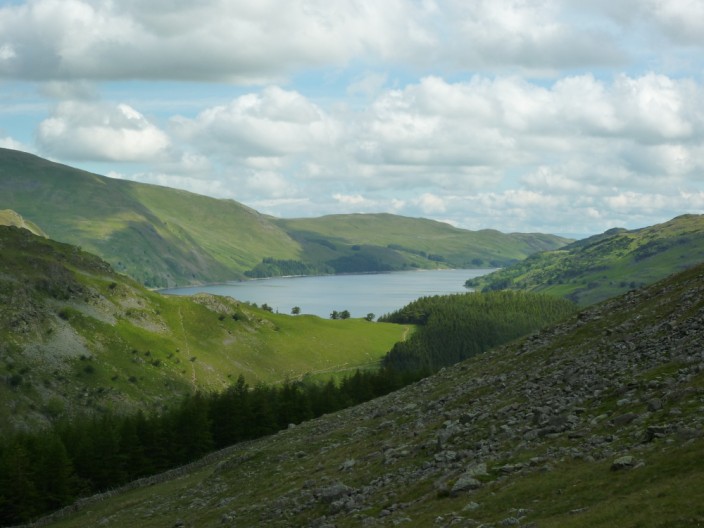 Looking over The Rigg to Haweswater as we climb to the top of . . . 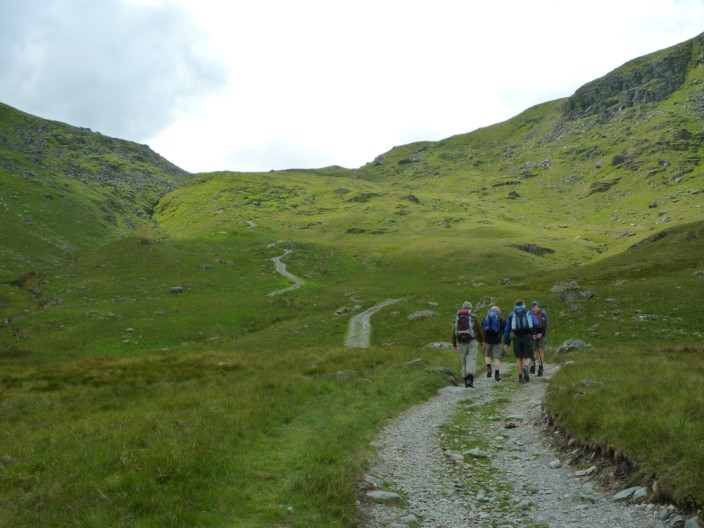 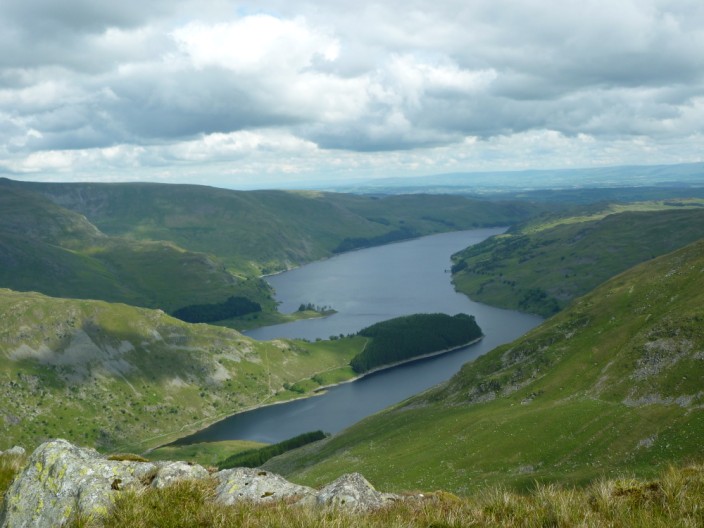 Another view of The Rigg and Haweswater as we make our way onto Harter Fell . . . 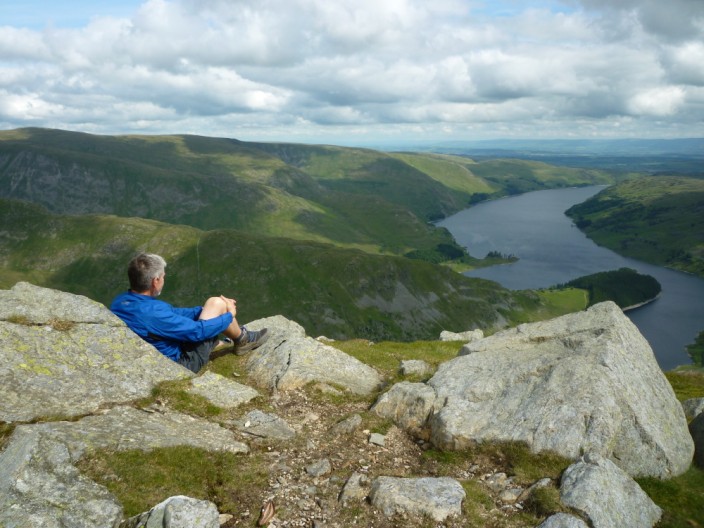 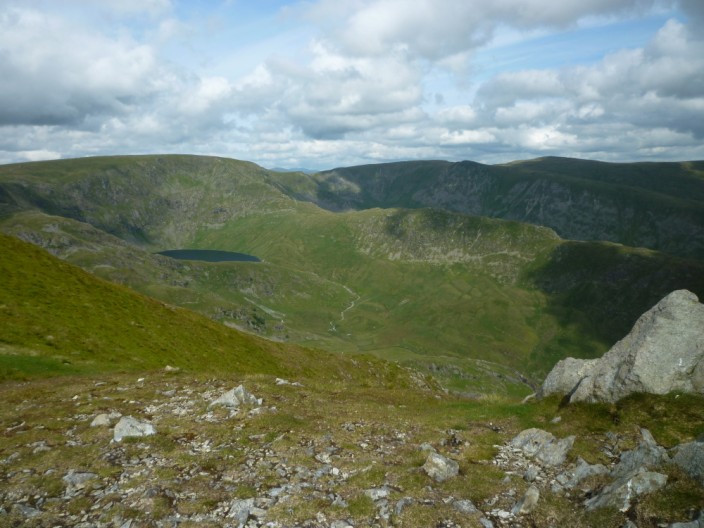 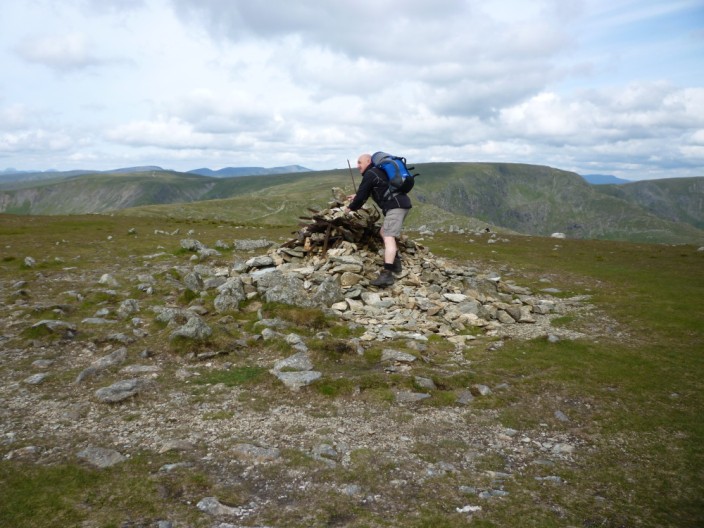 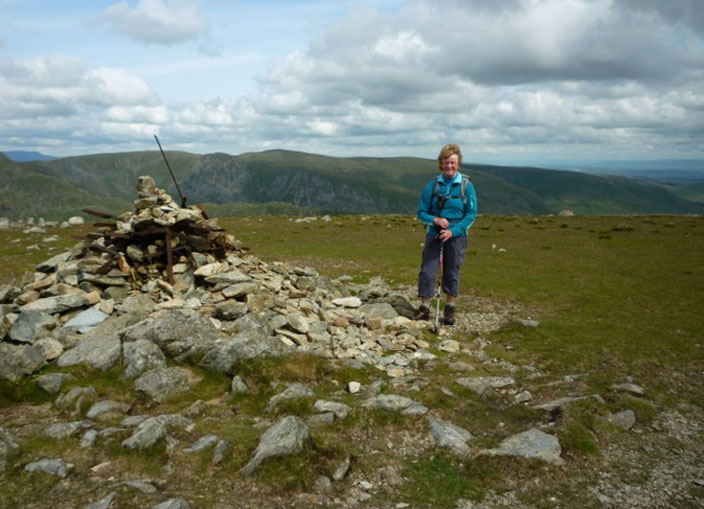 while I get 'one for the album' 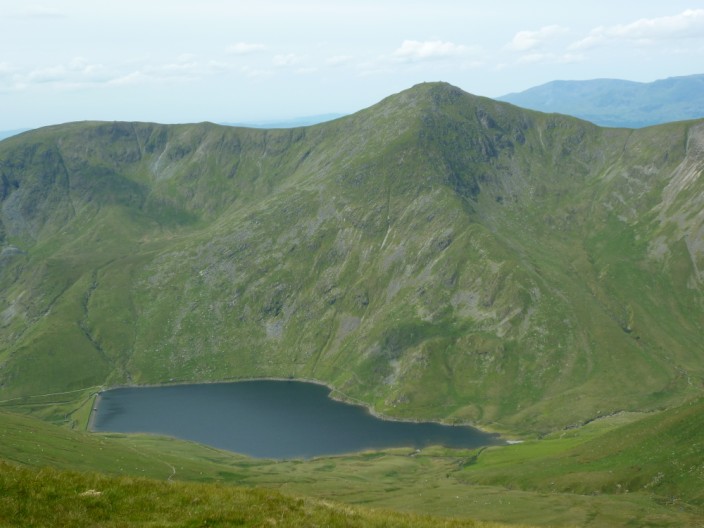 Looking across Kentmere Reservoir to Yoke and Ill Bell 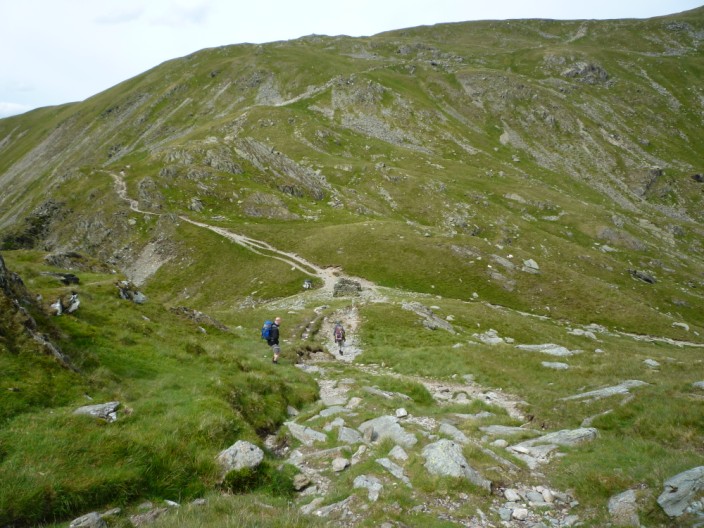 Heading down to the Nan Bield Pass . . . 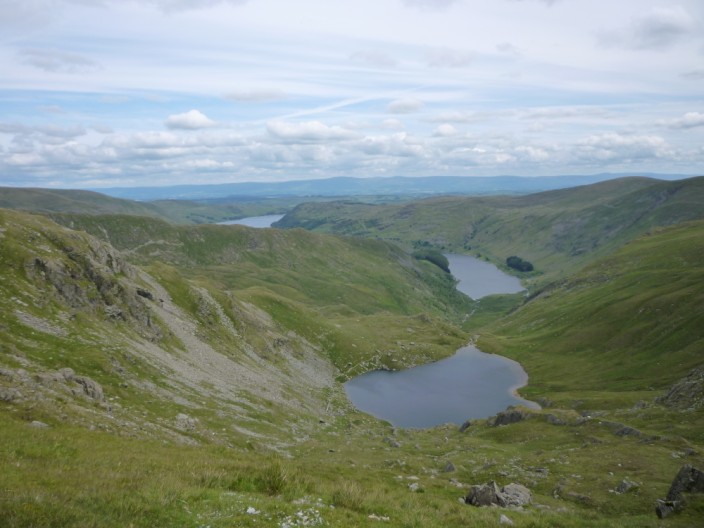 with a good view over Small Water to Haweswater 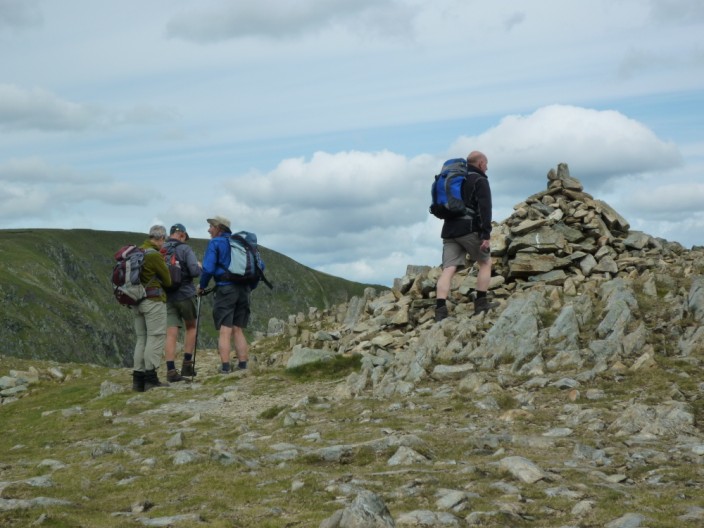 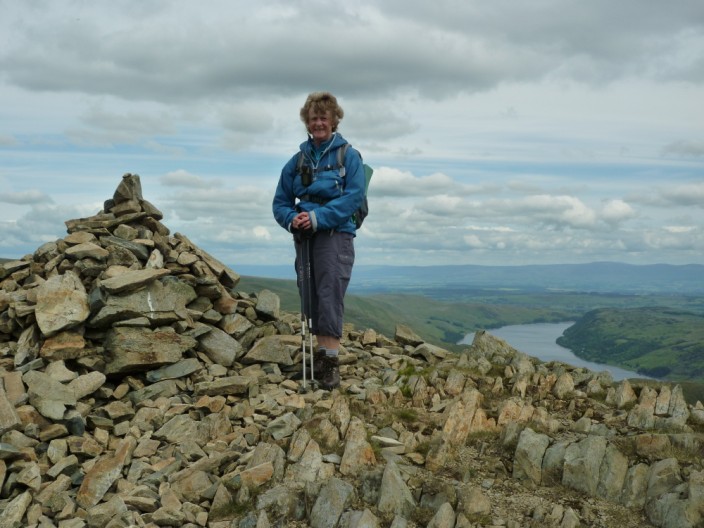 and I pose on a 'bad hair' day 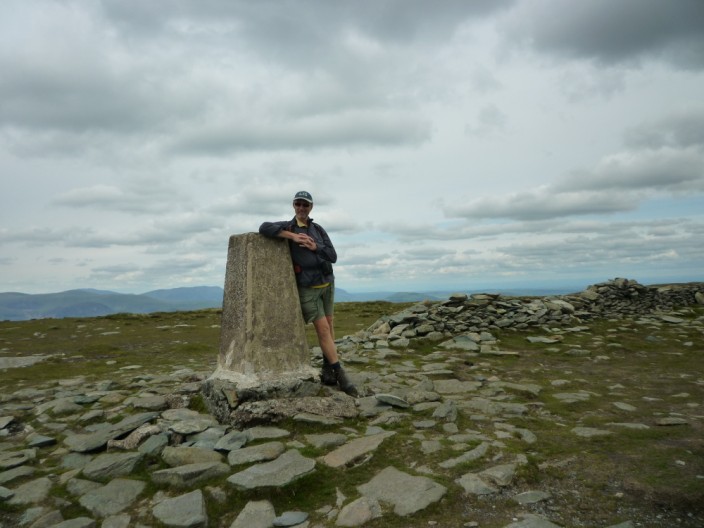 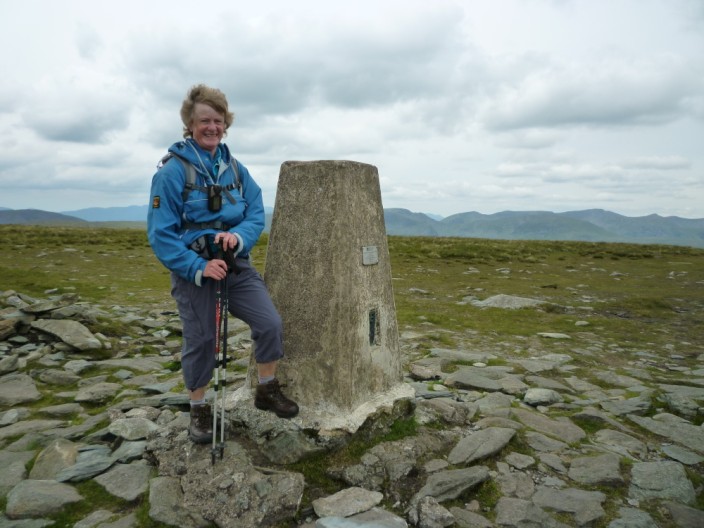 while I take the 'summit pose' 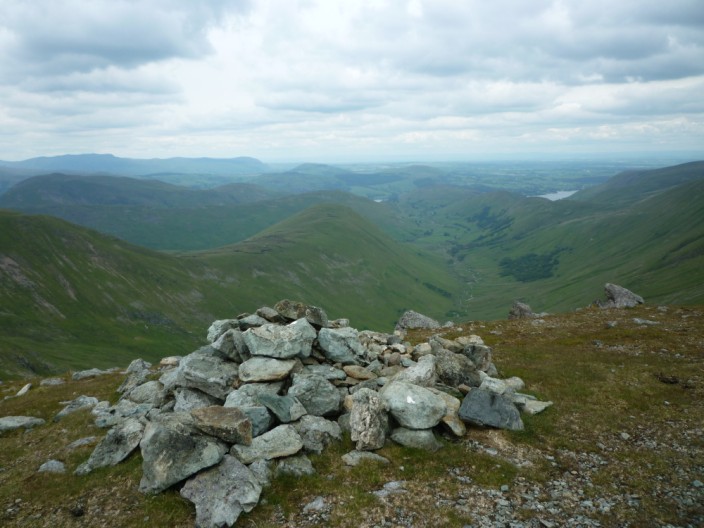 Rampsgill Head, where it's another . . . 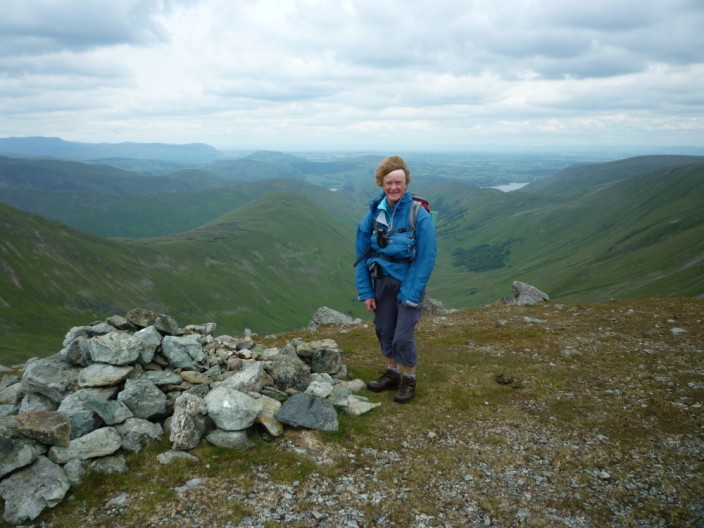 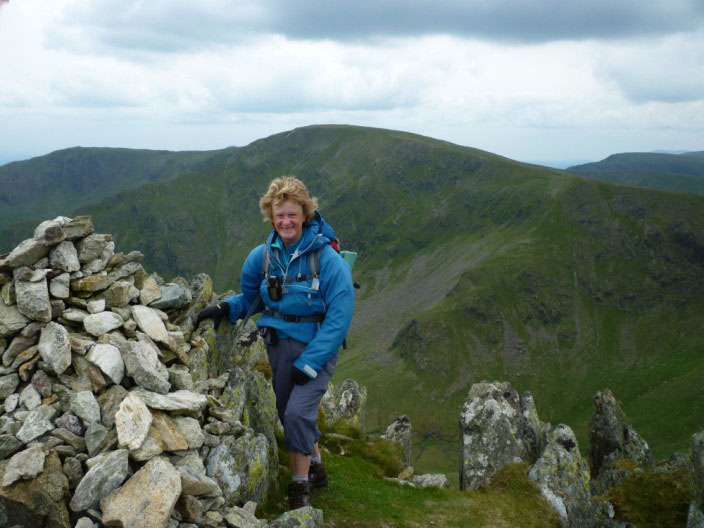 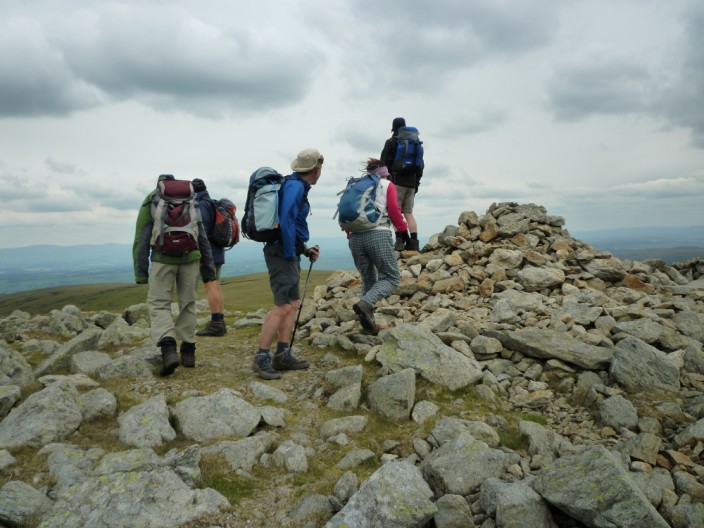 and a windy visit to High Raise 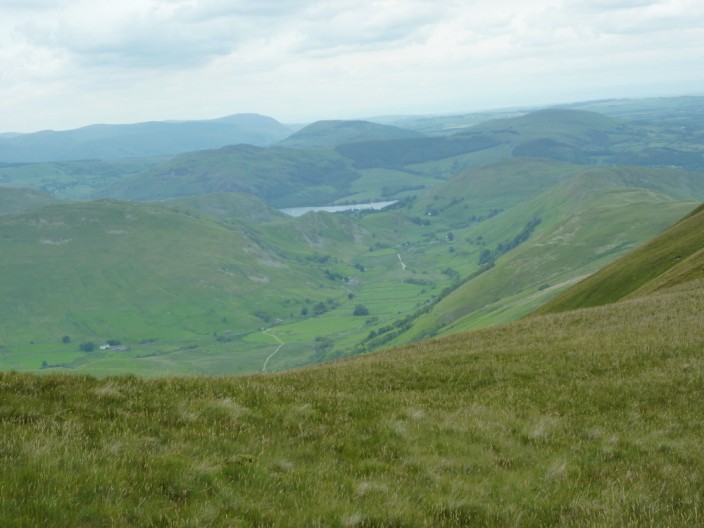 Looking down Martindale, over Ullswater to the Northern Fells from Raven Howe 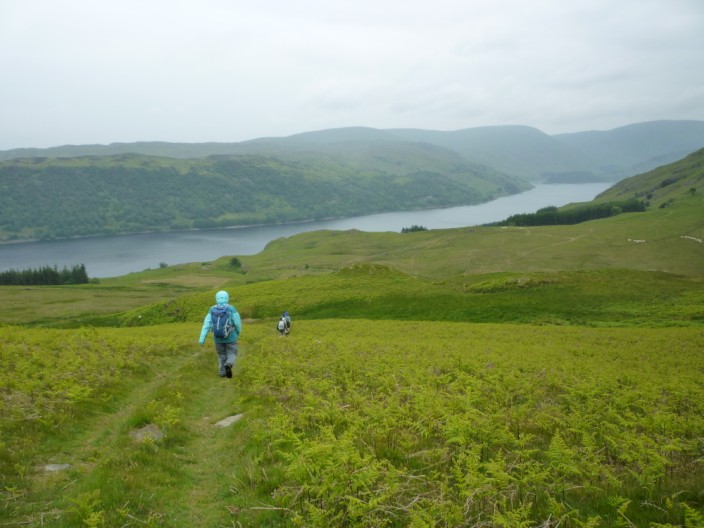 Making our way down to Fordingdale Bottom and Haweswater 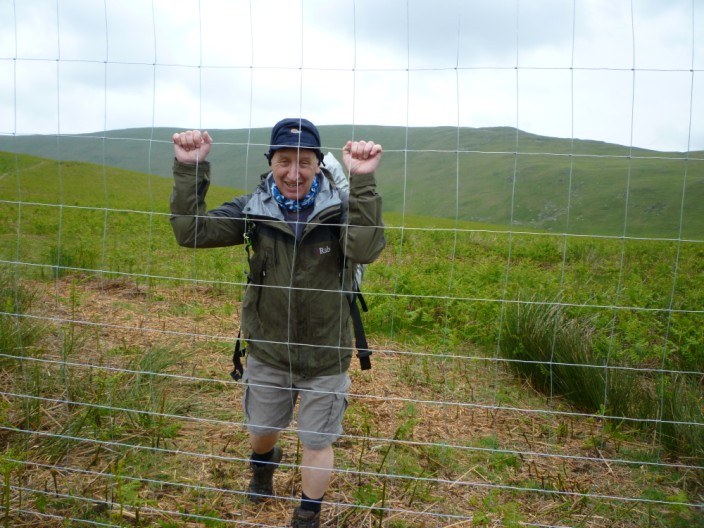 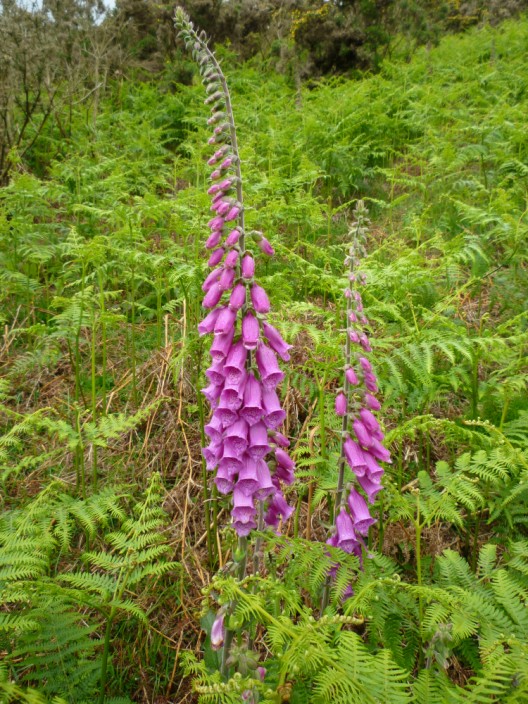 Foxgloves brighten up the bracken . . . 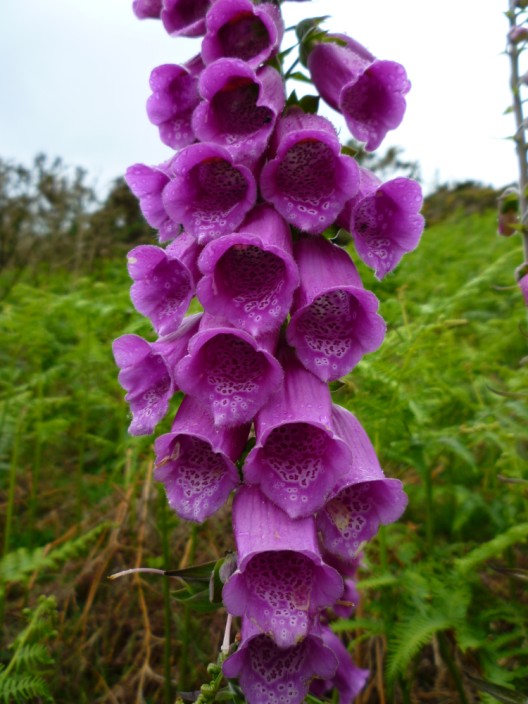 but time and weather limit the shots I can take 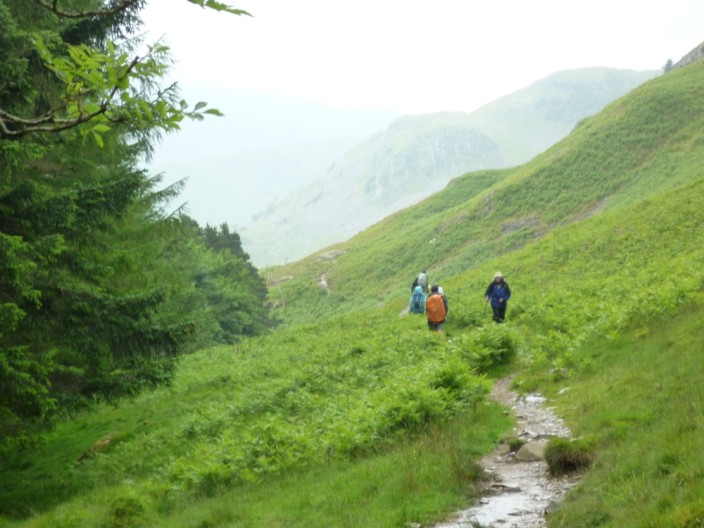 A wet walk along the Haweswater path, part of the Coast to Coast route 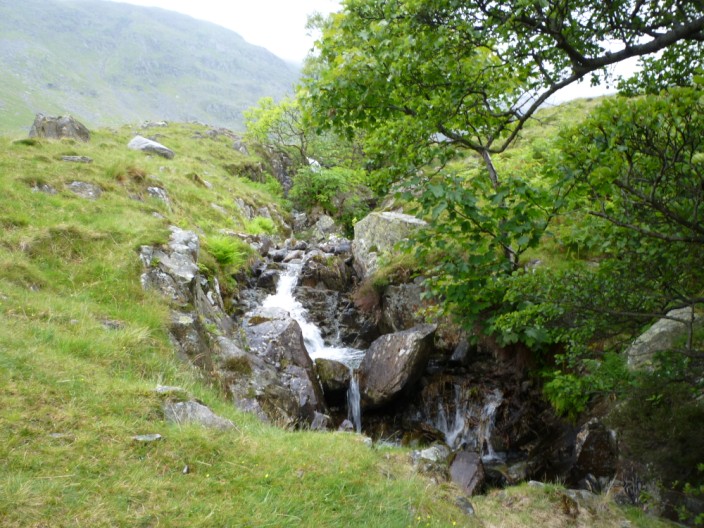 A final shot of the waterfall on Whelter Beck