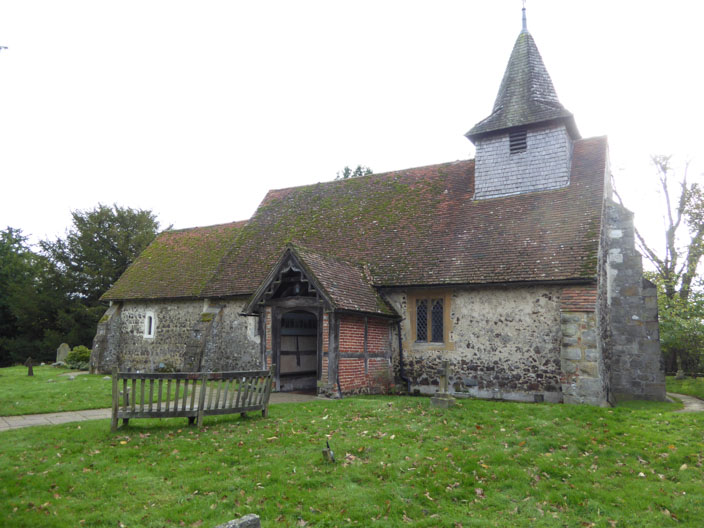 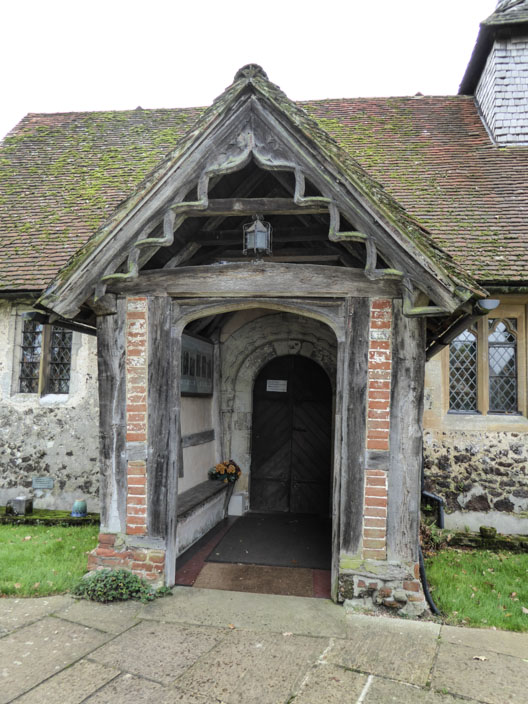 and was often visited by Elizabeth I 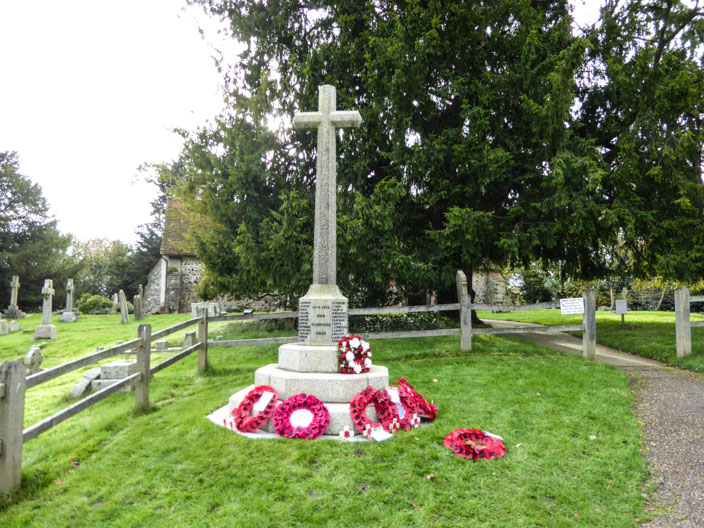 Today being 11th November, the wreaths have been newly laid 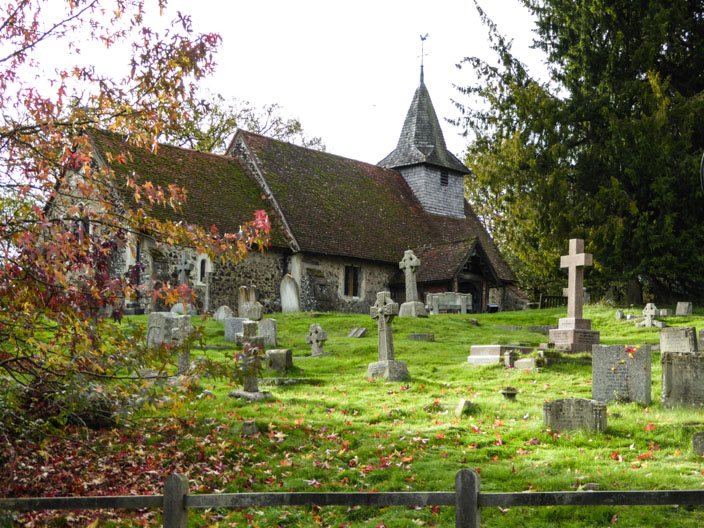 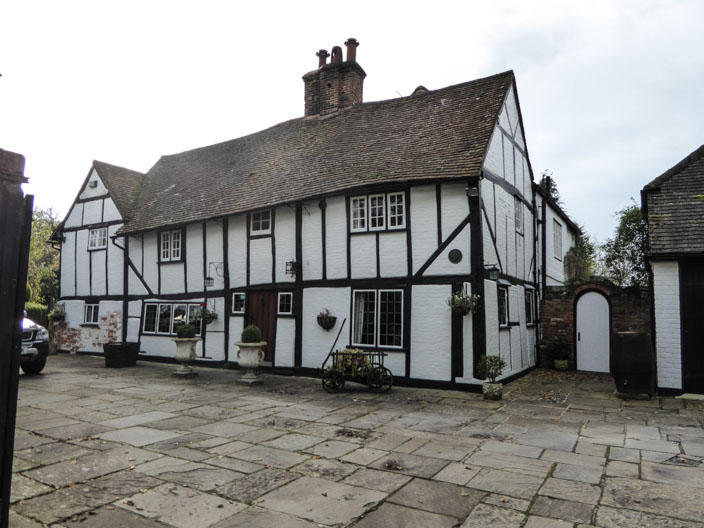 The Glebe, a timber framed cottage, dates from the 16th Century 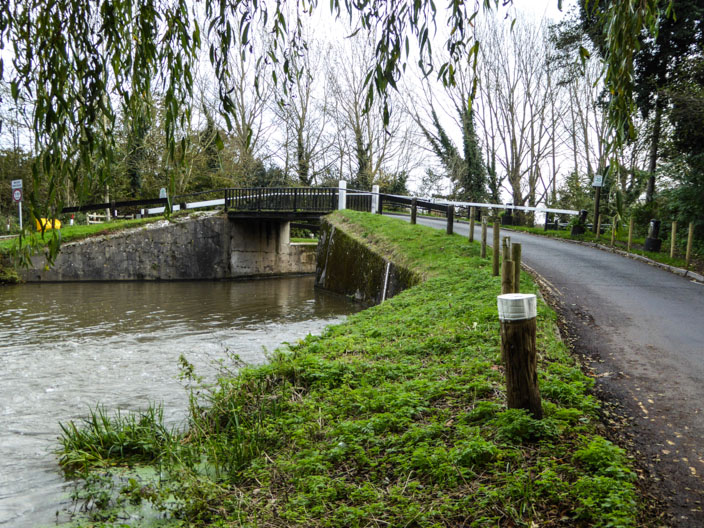 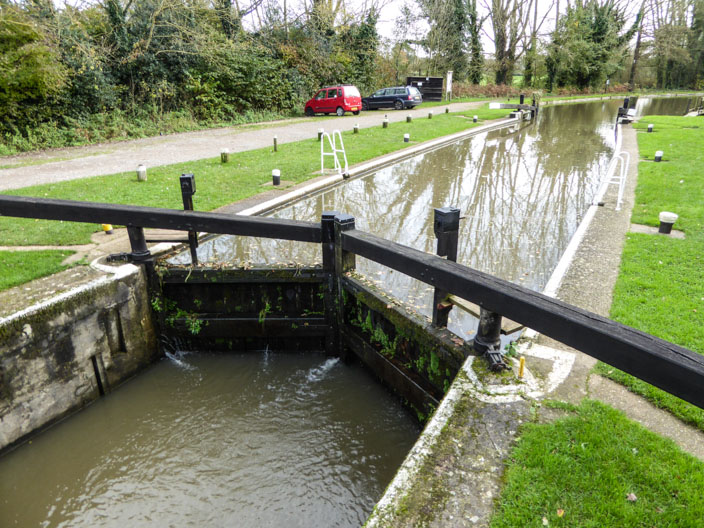 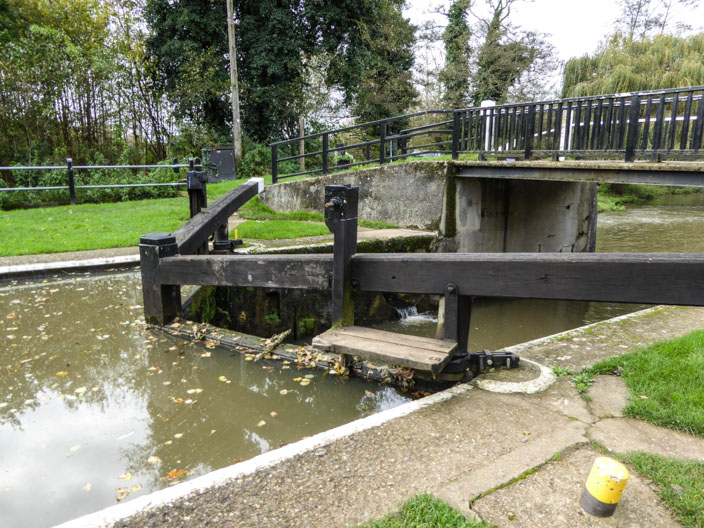 where the water reaches the top of the gates . . . 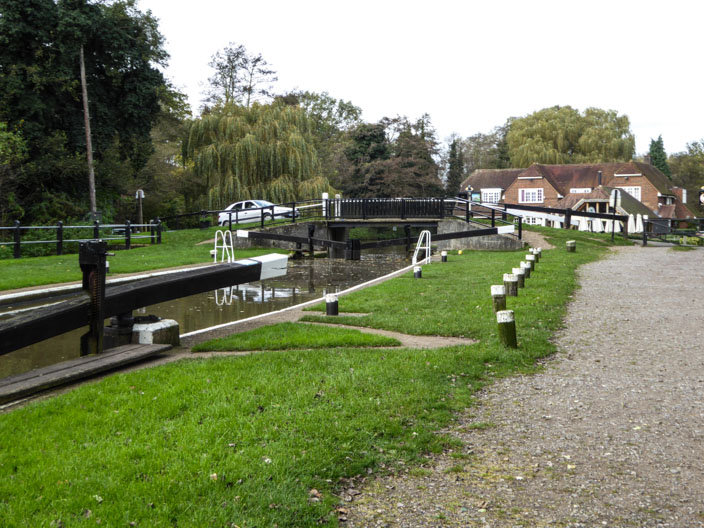 and The Anchor Pub/Restaurant sits beyond the bridge 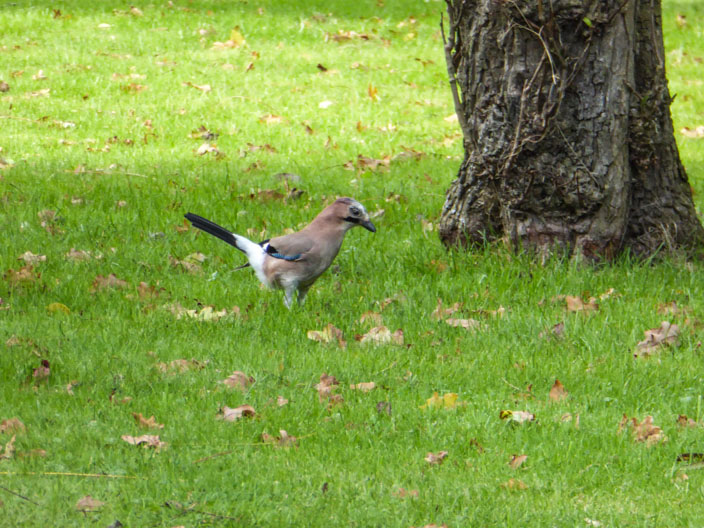 A jay searches for its dinner 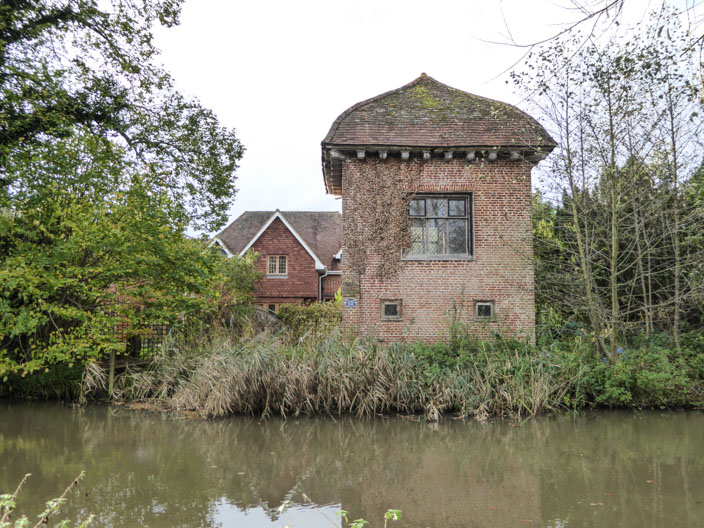 Elizabeth I and the poet John Donne both stayed at Pyrford Place. The original house was pulled down replaced by a brick farmhouse. This building burnt down in the late 20th century and was rebuilt as the buildings visible today.

The small brick tower is an unusual structure, fourteen feet square, two storeys high with a first floor entrance and a distinctive ogee-pitched roof and is known as the ‘Summer House’, 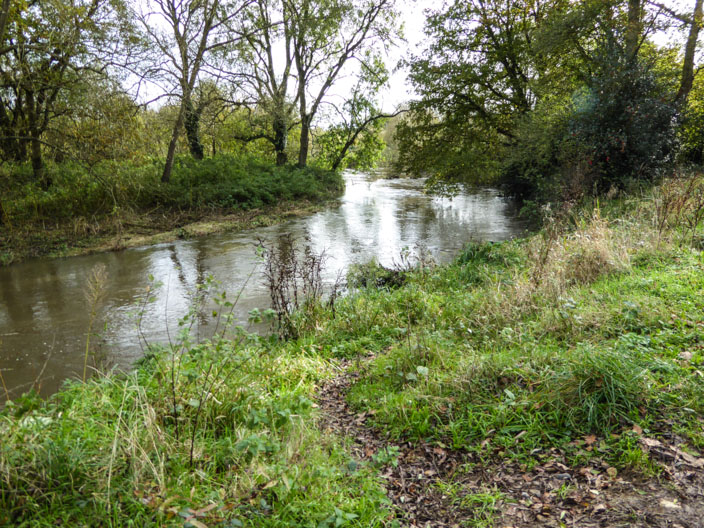 The River Wey meanders beside the Wey Navigation 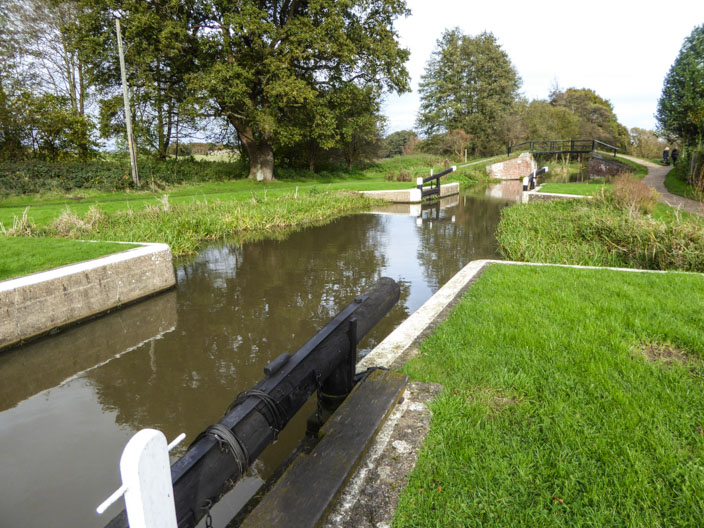 Walsham Gates is not a lock in the traditional sense. The gates are only operated as a flood lock to force water over the weir when water levels become too high so are both usually left open. The lock also retains the square structure that was wide enough to accommodate the big barges before the introduction of narrowboats 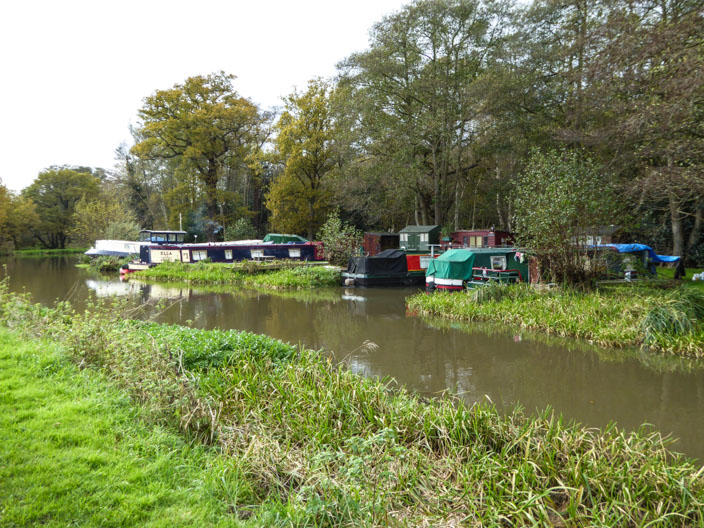 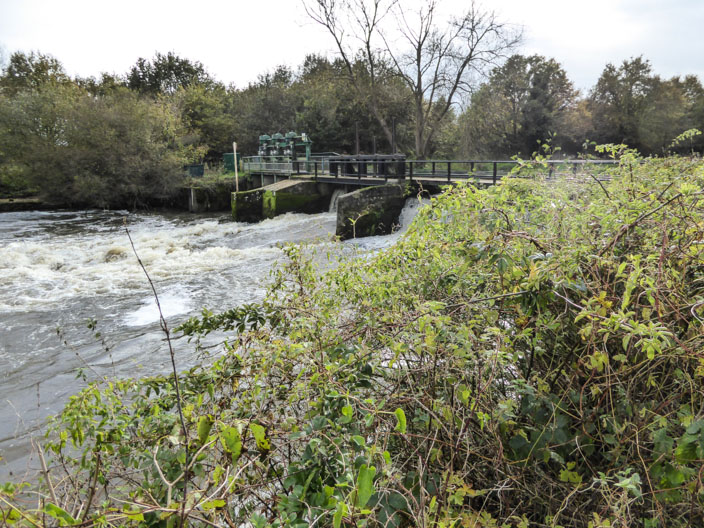 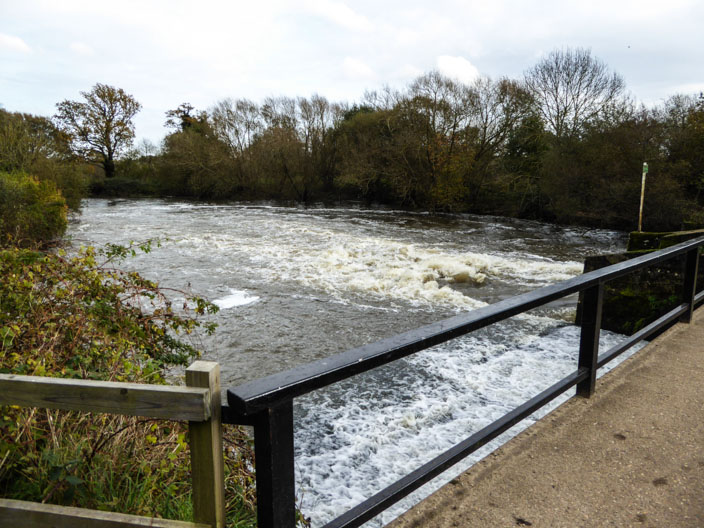 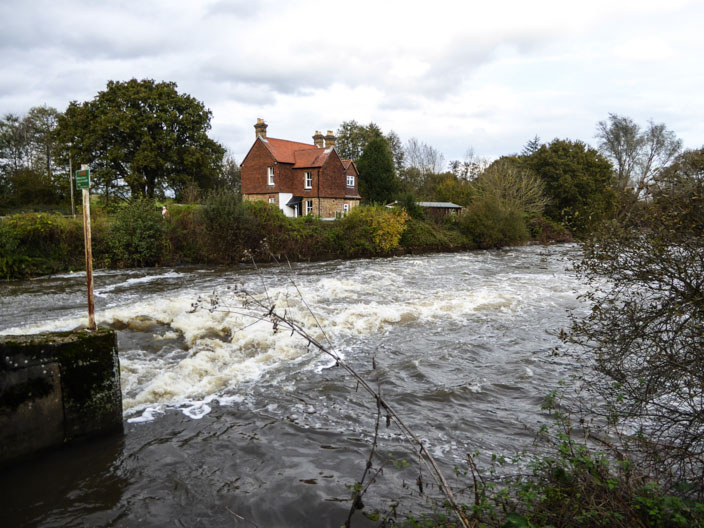 and from the other side 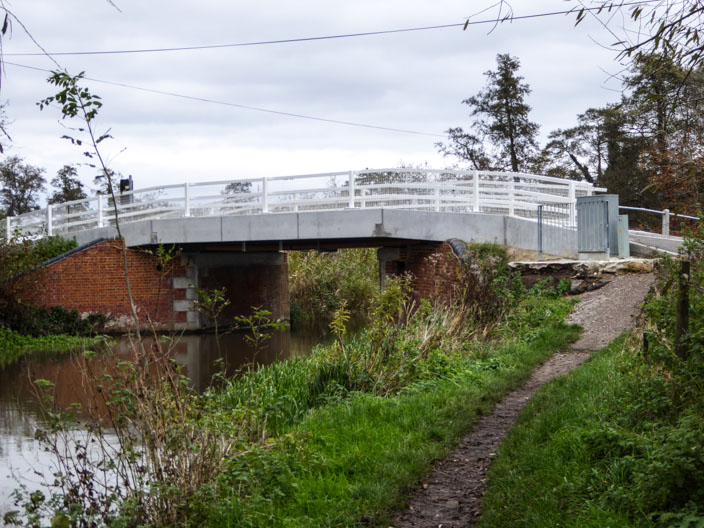