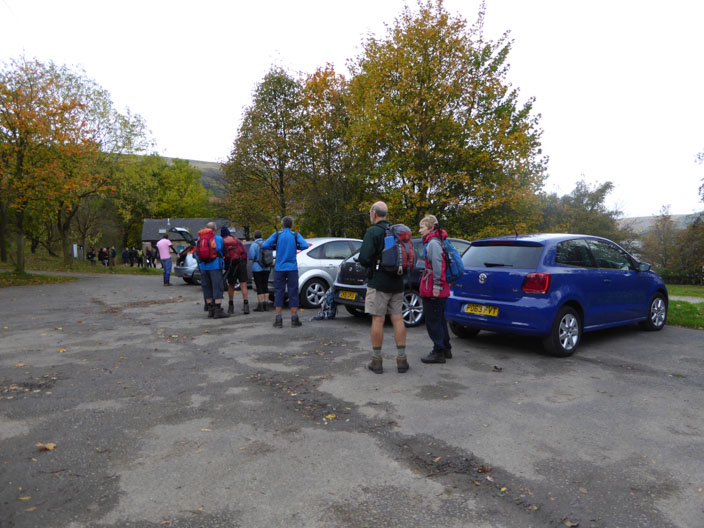 Preparing to leave the car park . . . 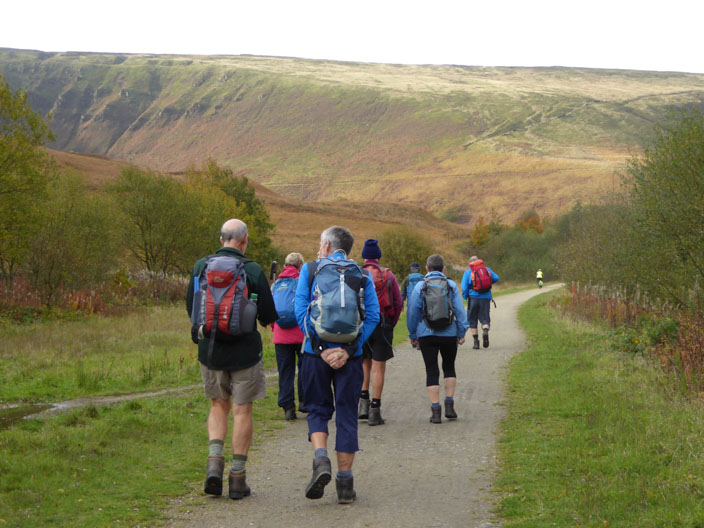 and setting out along the Longdendale Trail . . . 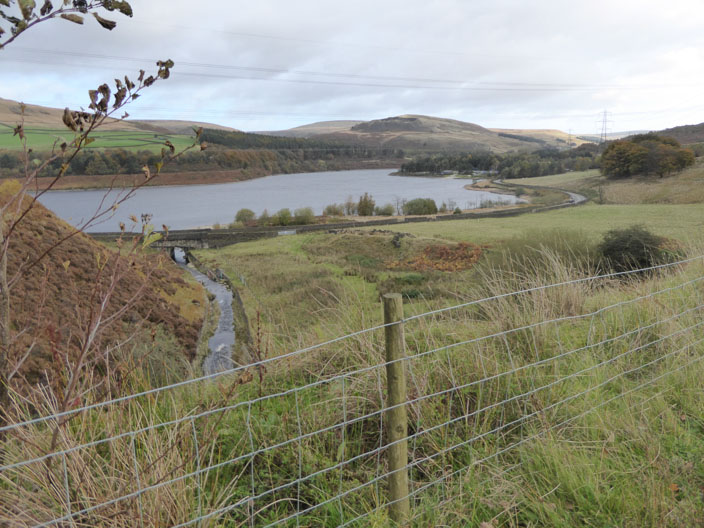 where there are views back to Torside Reservoir 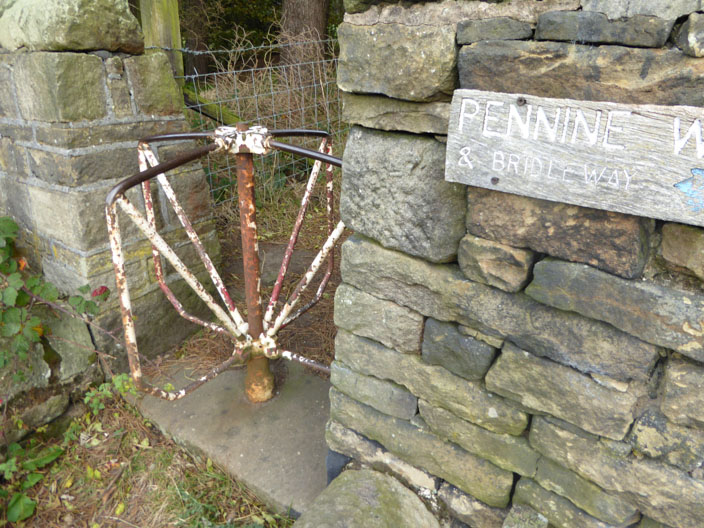 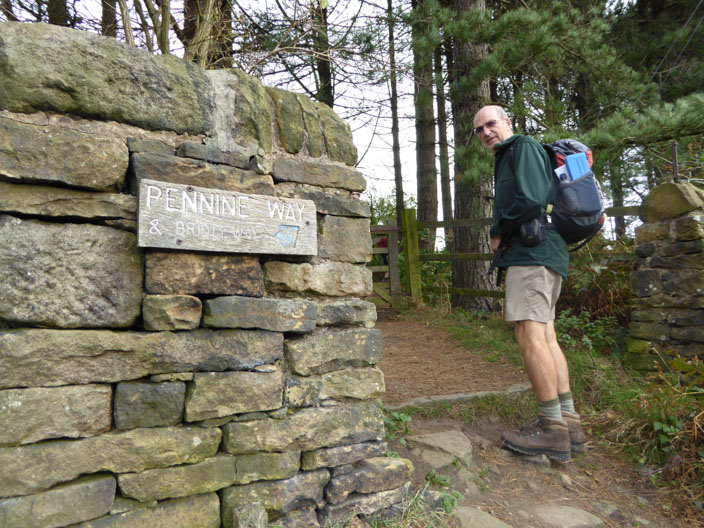 but we'll choose the other route 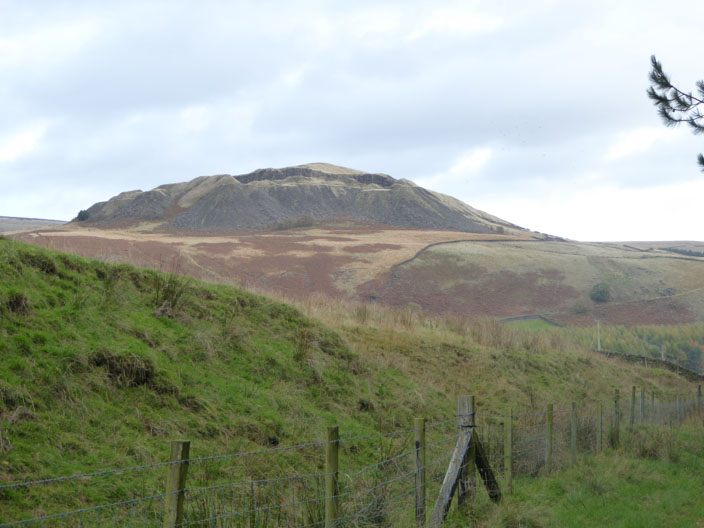 Disused quarry from the Pennine Way 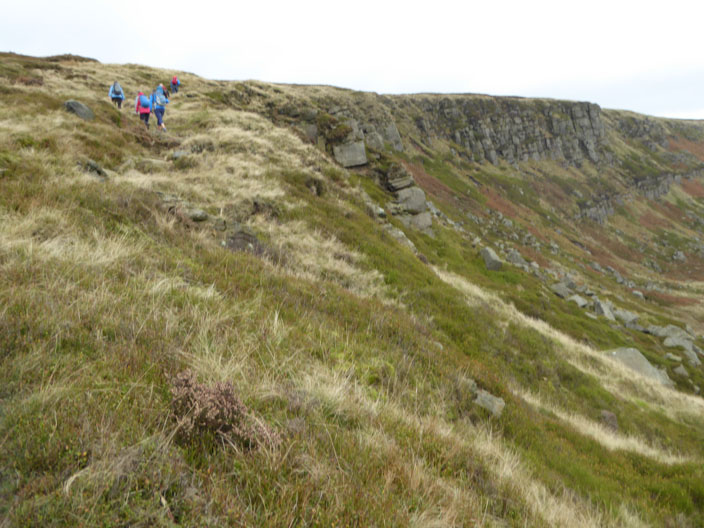 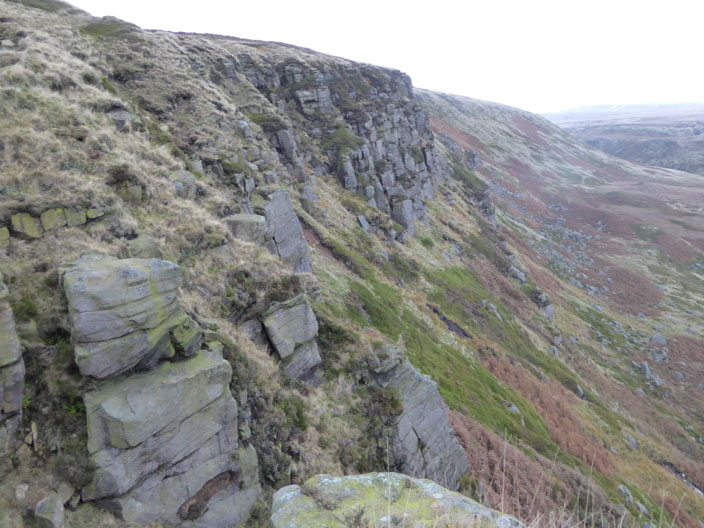 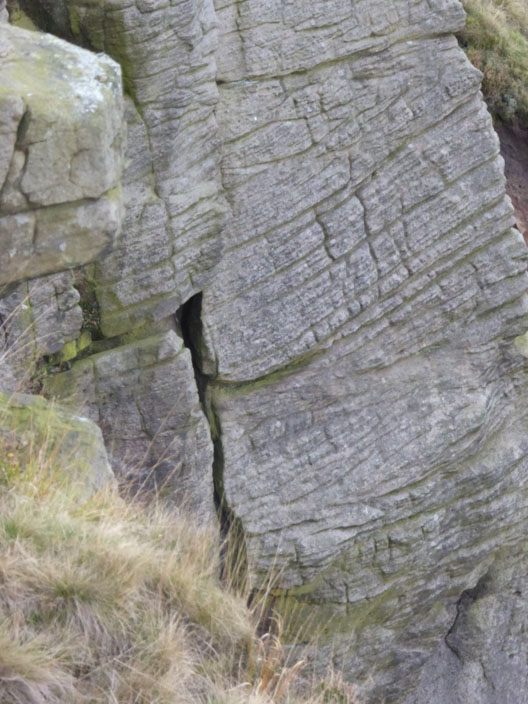 and a closer look at the rocks formation 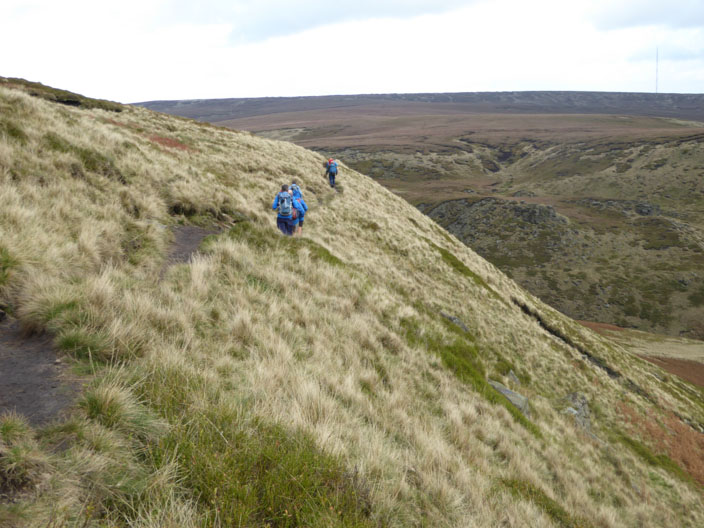 After a short break in the shelter of the rocks we continue on our way . . . 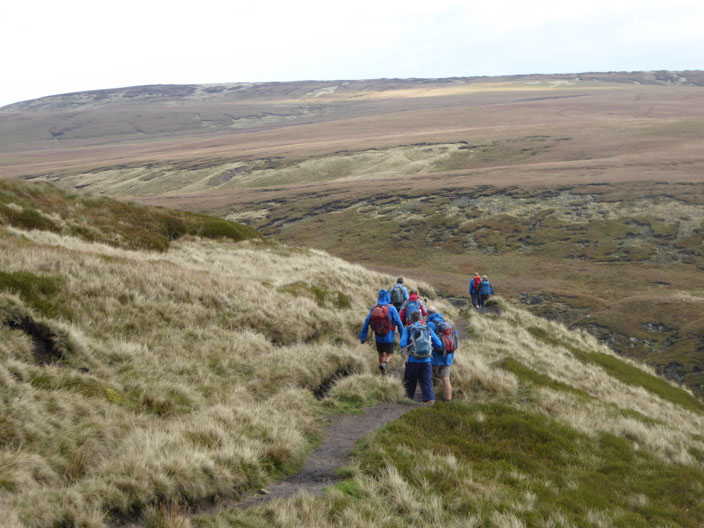 as the sun catches the bleak moorland on the opposite side . . . 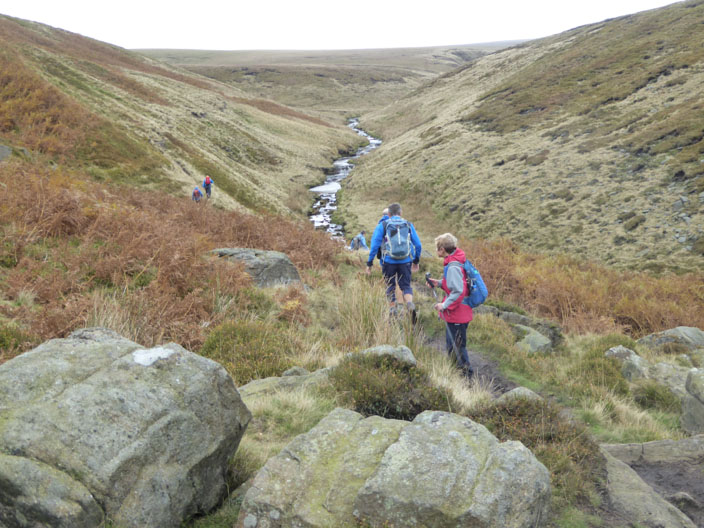 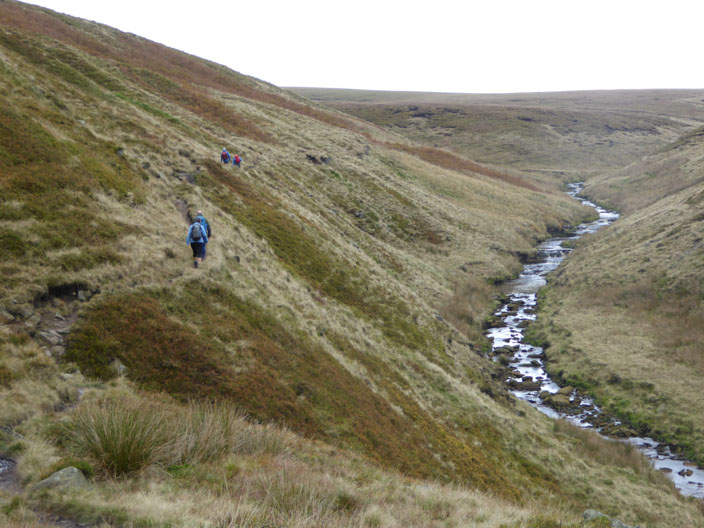 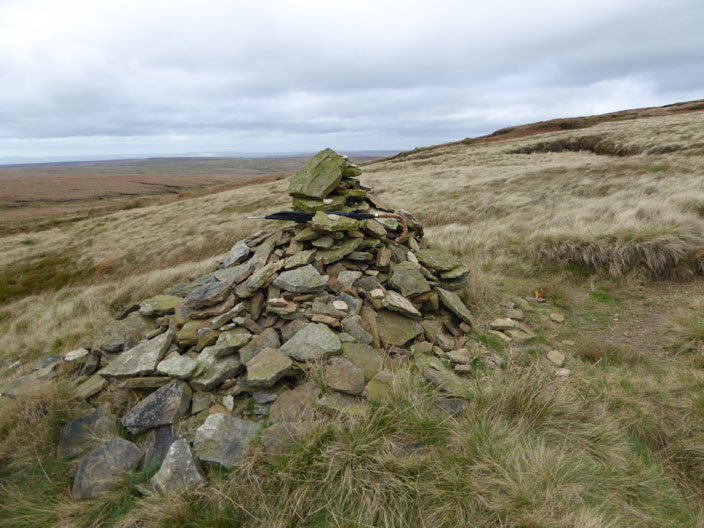 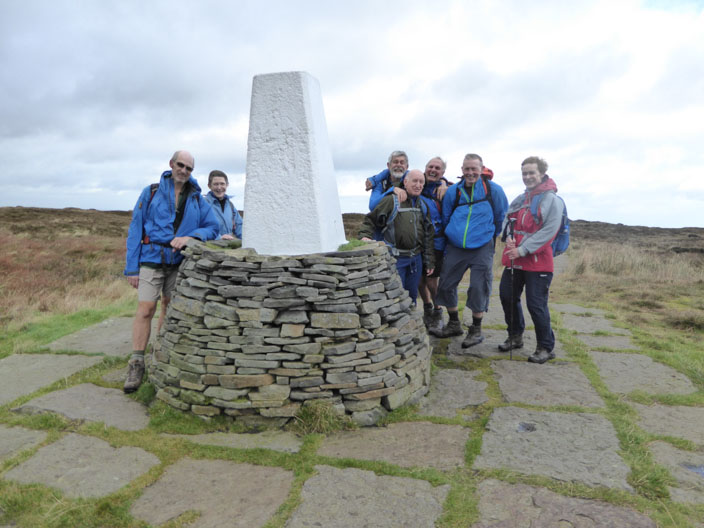 and gather for a group photo on Black Hill 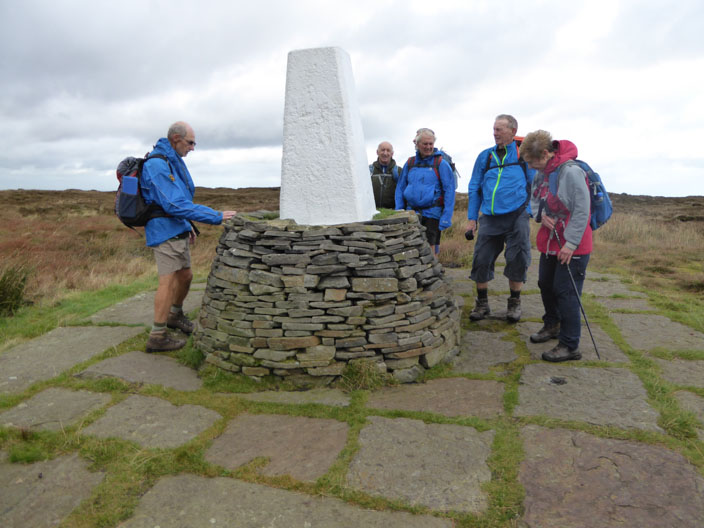 Alfred Wainwright once wrote of Black Hill, 'no other shows such a desolate and hopeless quagmire to the sky, this is peat naked and unashamed'. 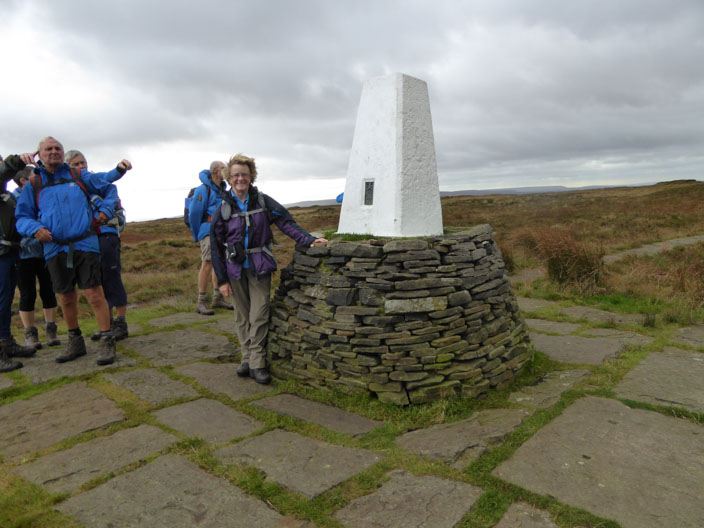 The Moors For The Future partnership have brought this once desolate and inaccessible moor back to life. 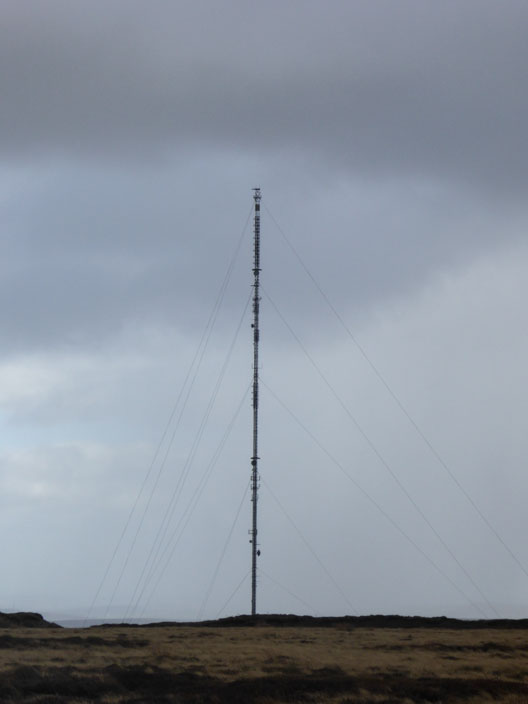 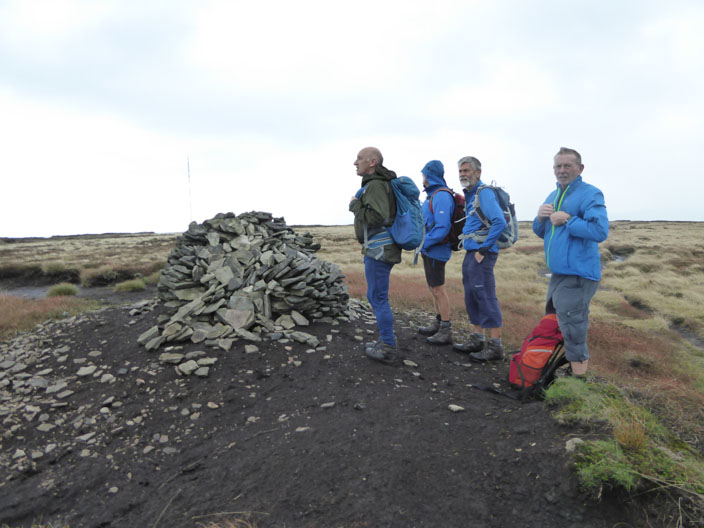 Reaching a cairn in the midst of the peat bog, minutes before the rain descends along with strong winds - so the camera is put away until . . . 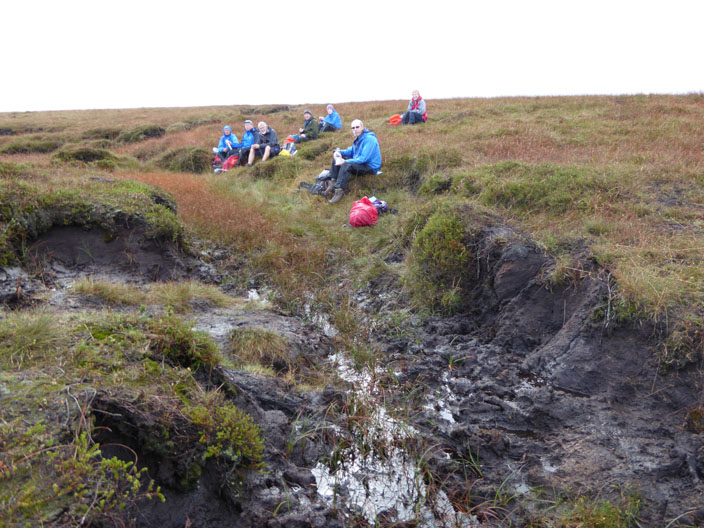 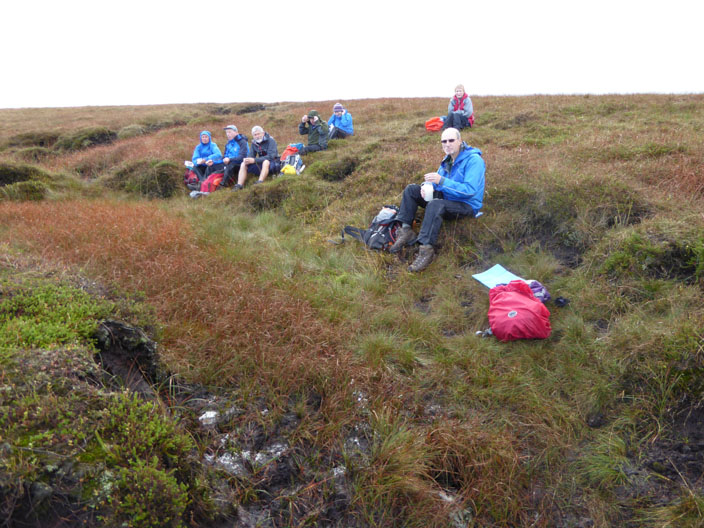 and we make the most of it, stopping for a quick lunch 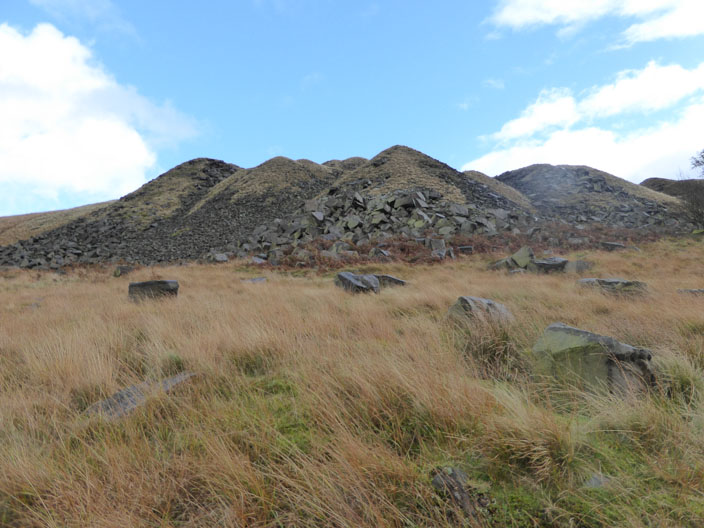 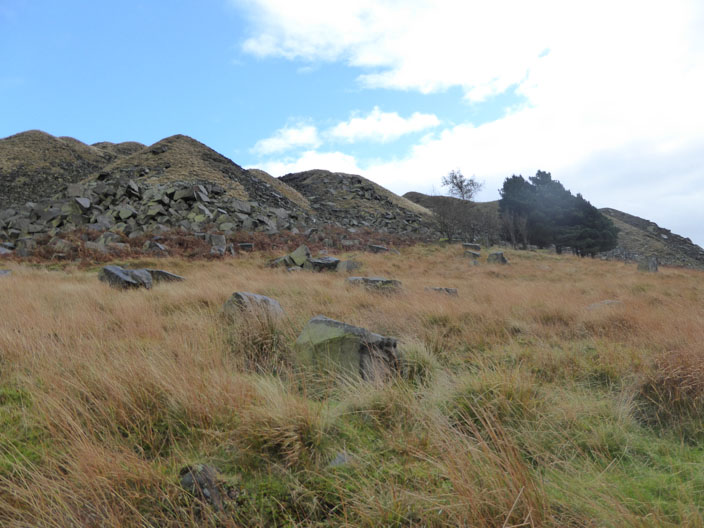 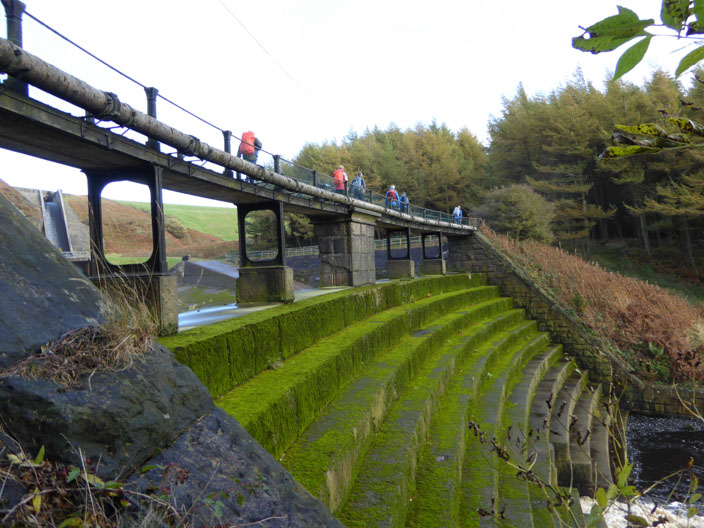 Crossing the bridge above . . . 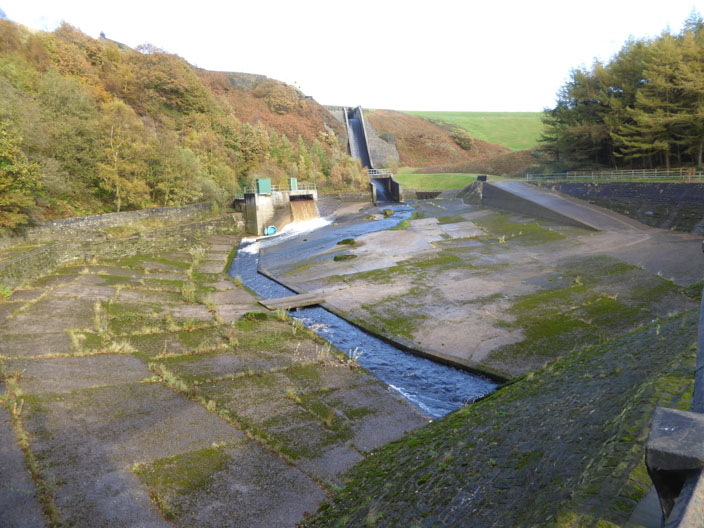 the sluice below Woodhead Dam . . . 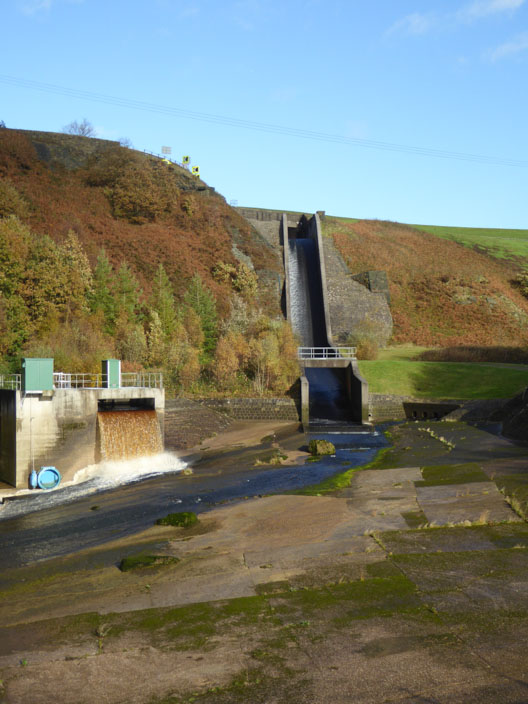 where the various features . . . 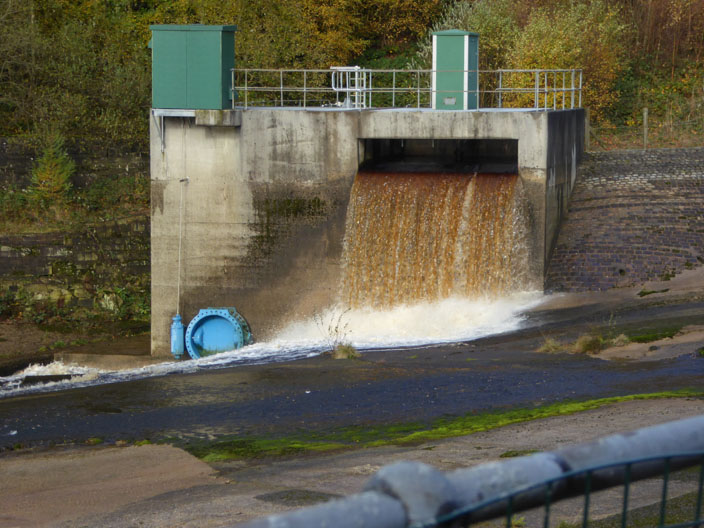 are focal points for discussion . . . 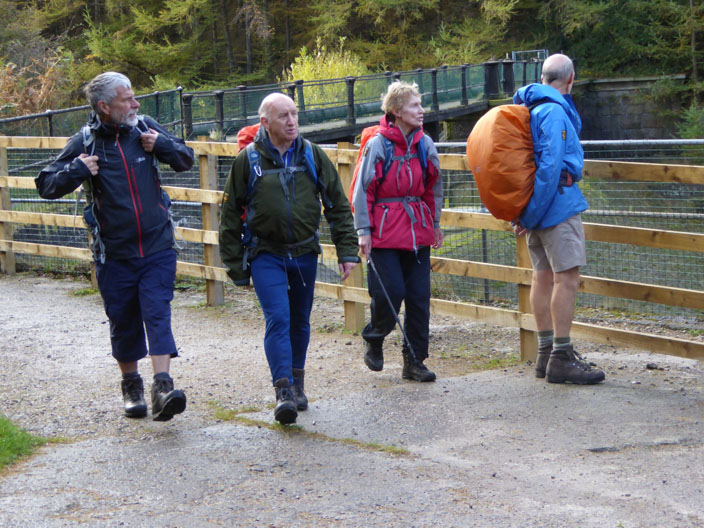 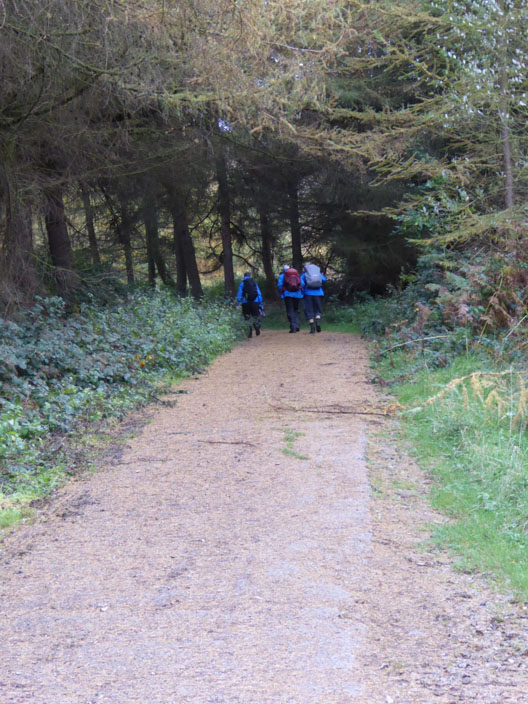 via the Longdendale Trail back to the cars