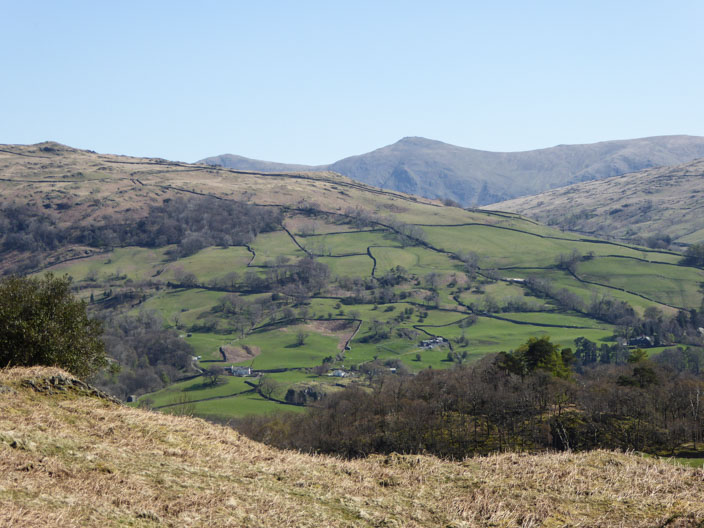 Ill Bell and Froswick across the Red Screes nose 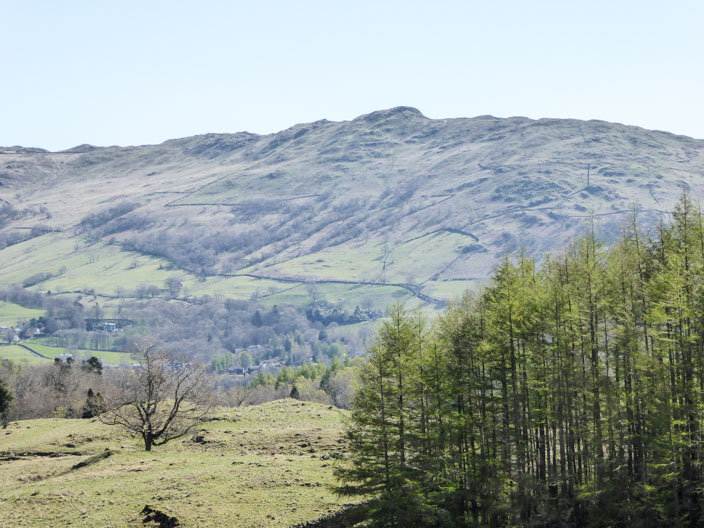 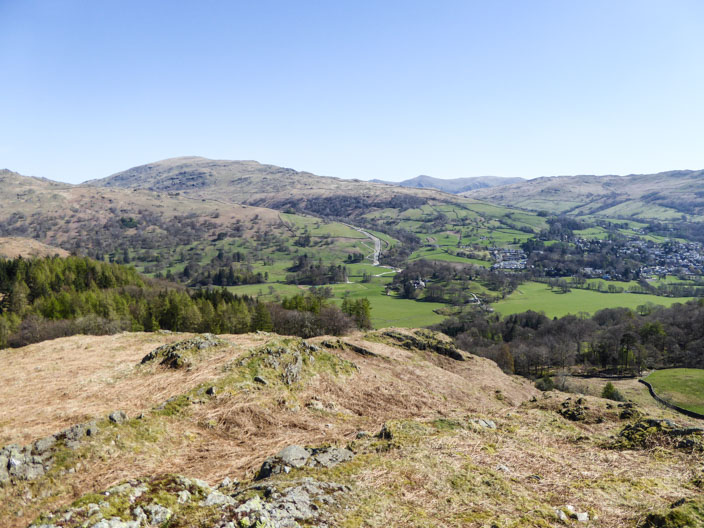 A lot of work has recently been carried out in Rydal Park . . . 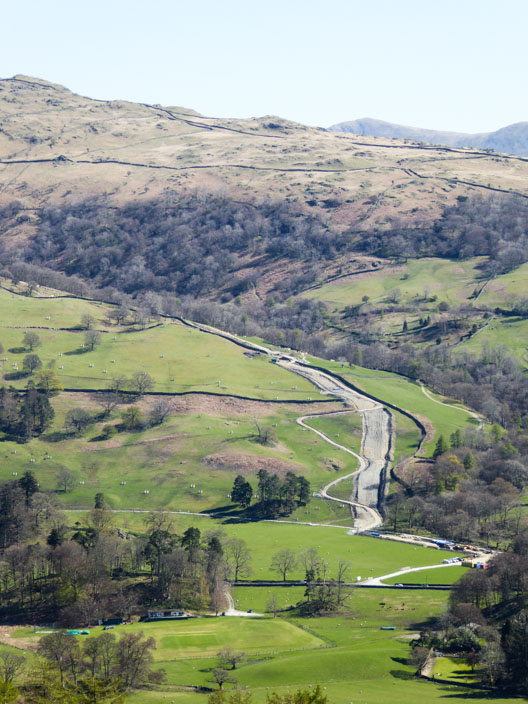 to the left of Scandale Beck 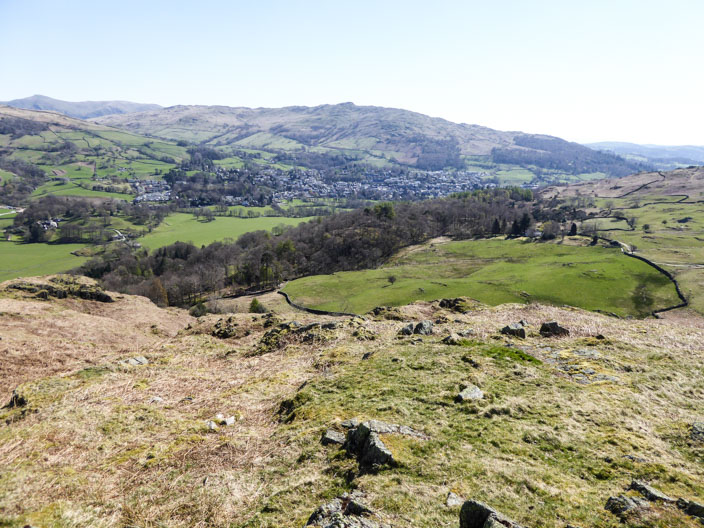 Ambleside with Wansfell Pike on the horizon 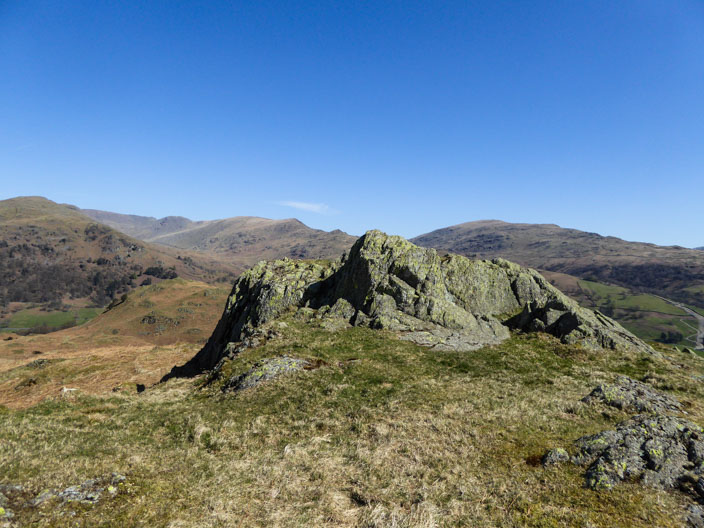 The unnamed summit gives great views all around

A lonesome tree as I meander across the fell . . . 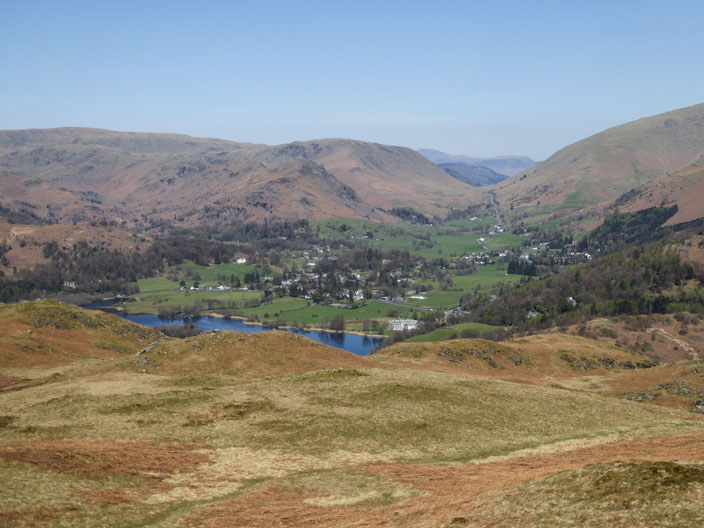 spotting Grasmere and Skiddaw in the distance 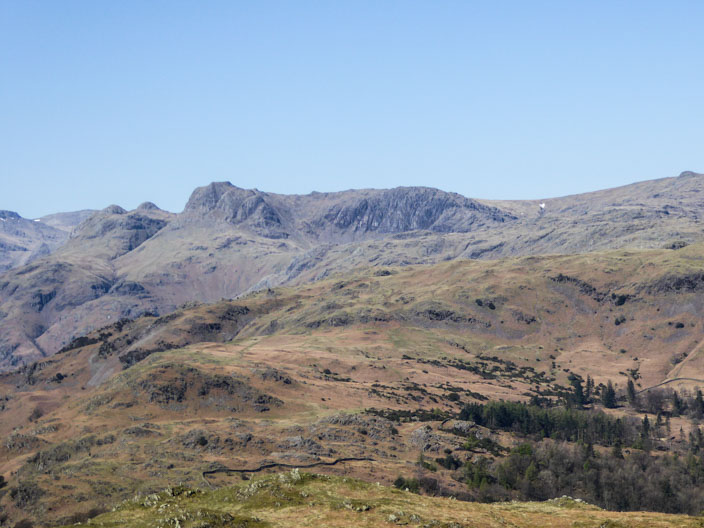 A first glimpse of the Langdale Pikes with Sergeant Man to the right . . . 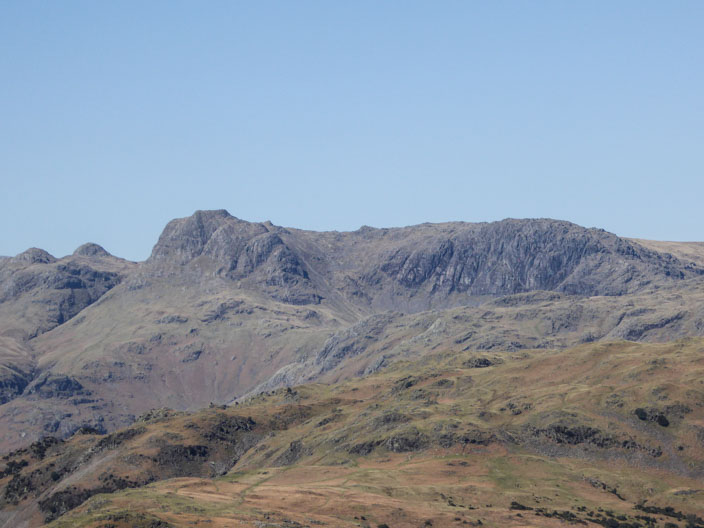 zooming in on Harrison Stickle and Pavey Ark 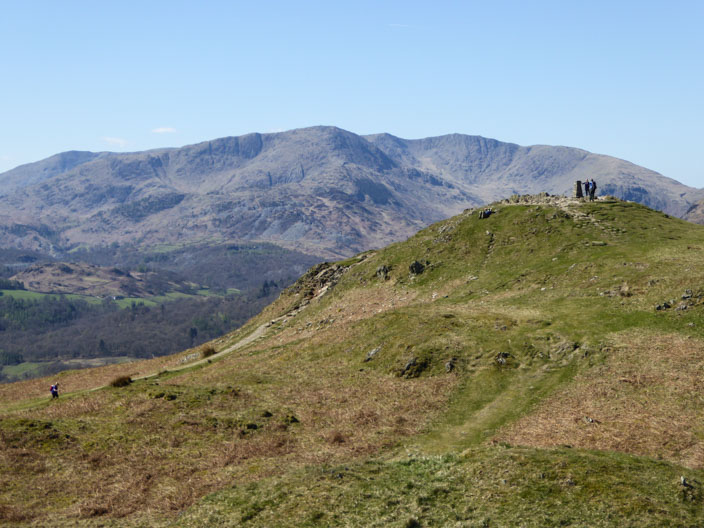 Loughrigg Fell summit with the Coniston Fells to the left 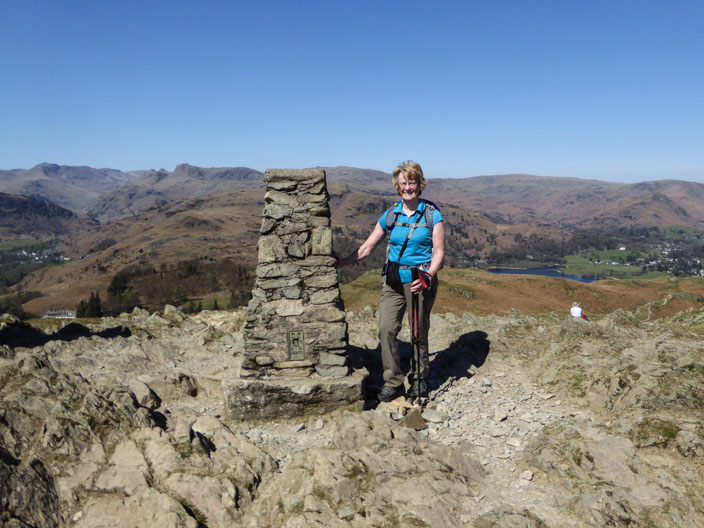 Holding up the summit trig point 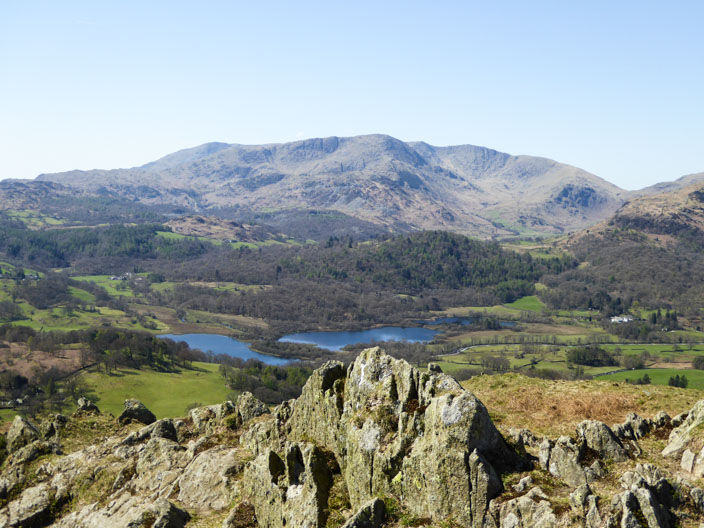 Elterwater overlooked by the Coniston Fells 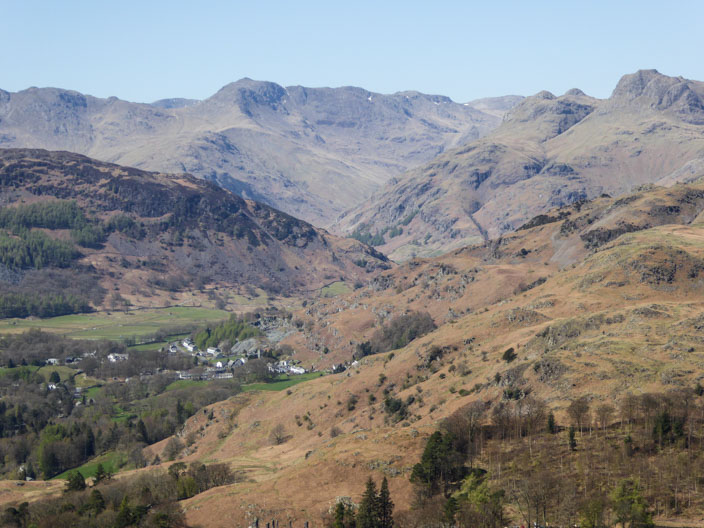 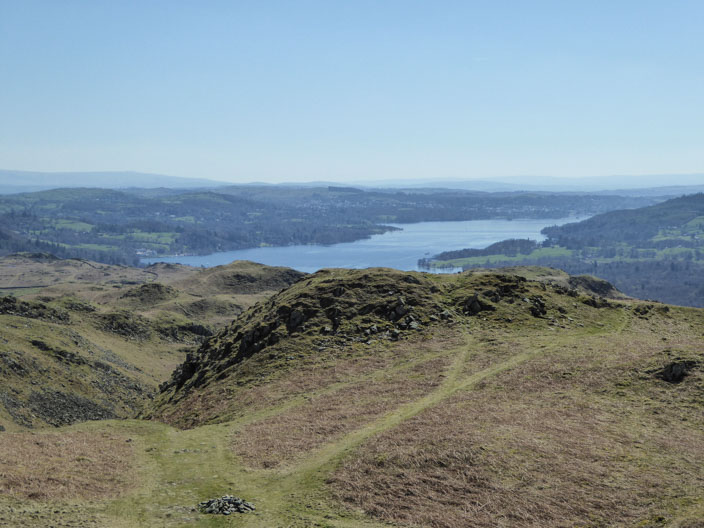 Windermere before I start the descent . . . 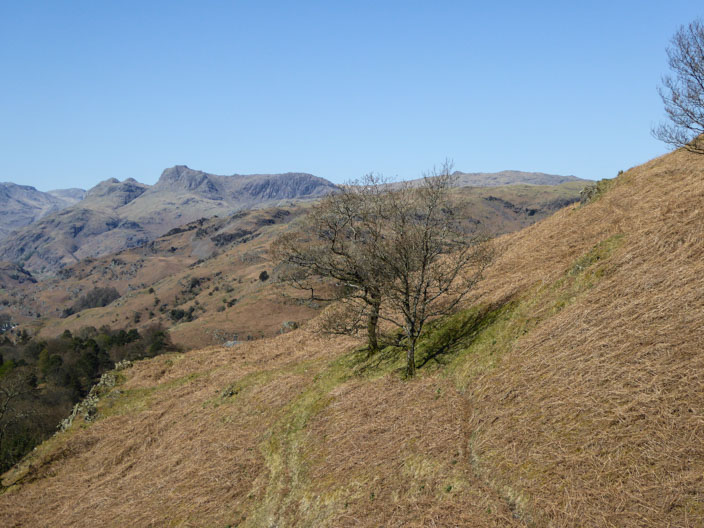 taking in more views of the Langdales . . . 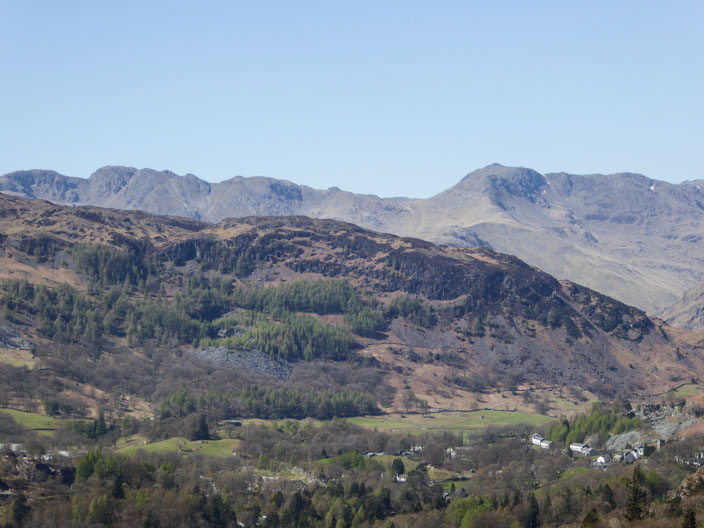 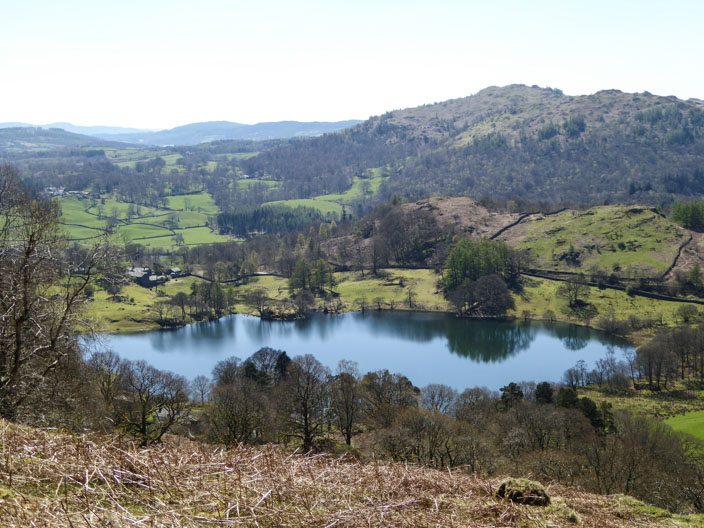 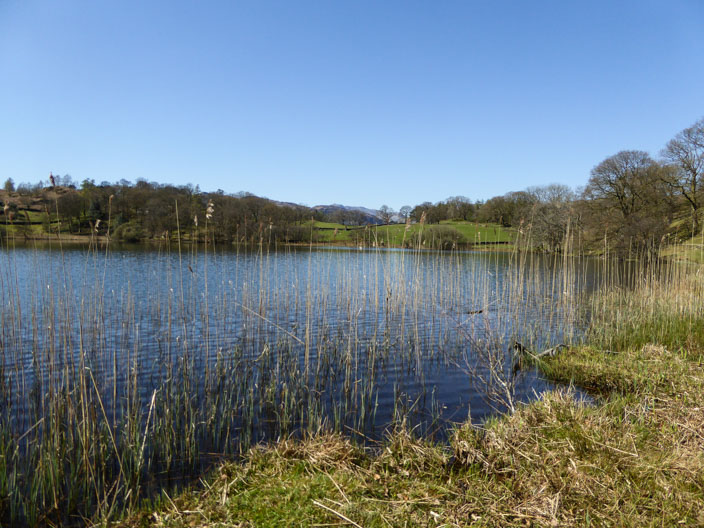 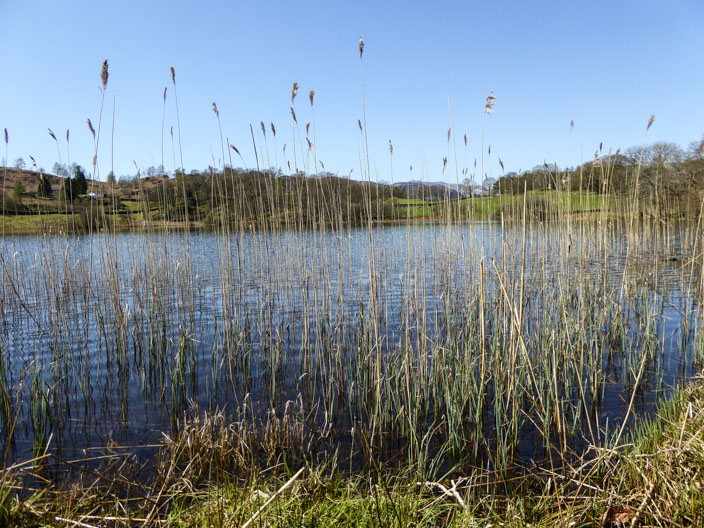 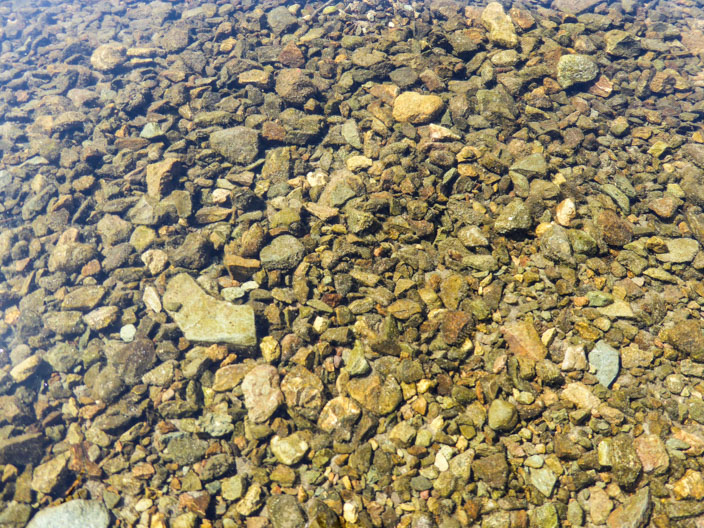 Testing out taking stones through water 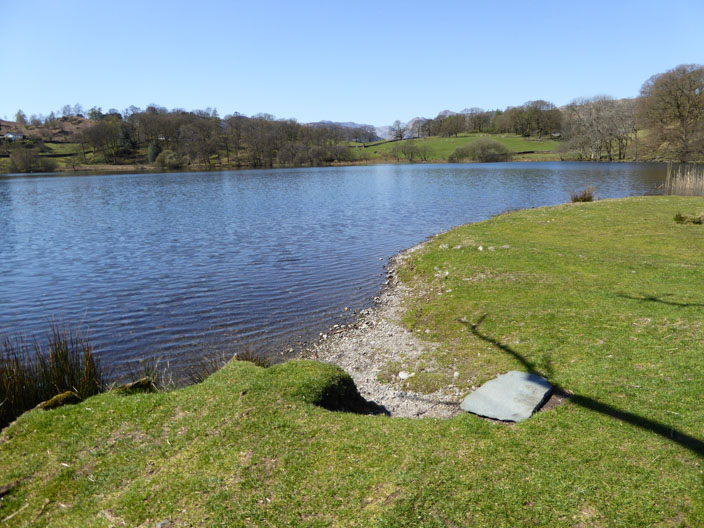 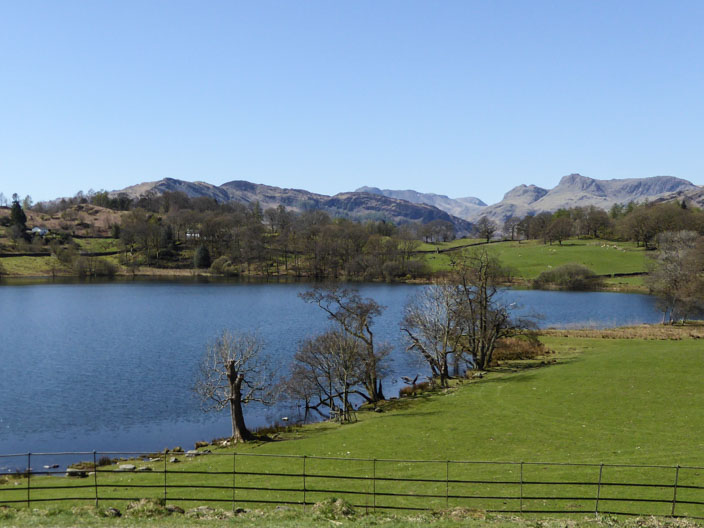 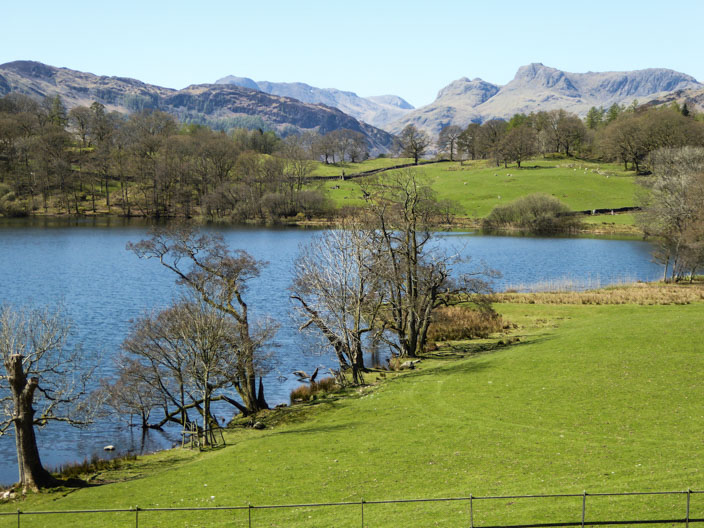 and a last look at the Langdale Pikes 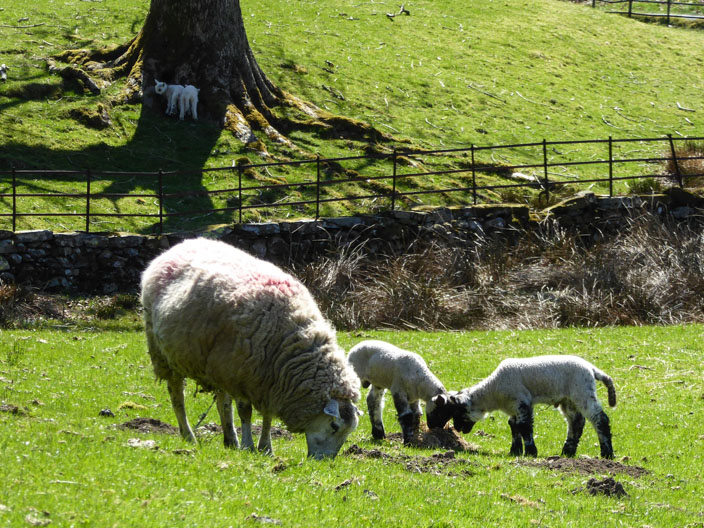 Two lambs keep close to mum - but spot the ones in the shade of the tree . . . 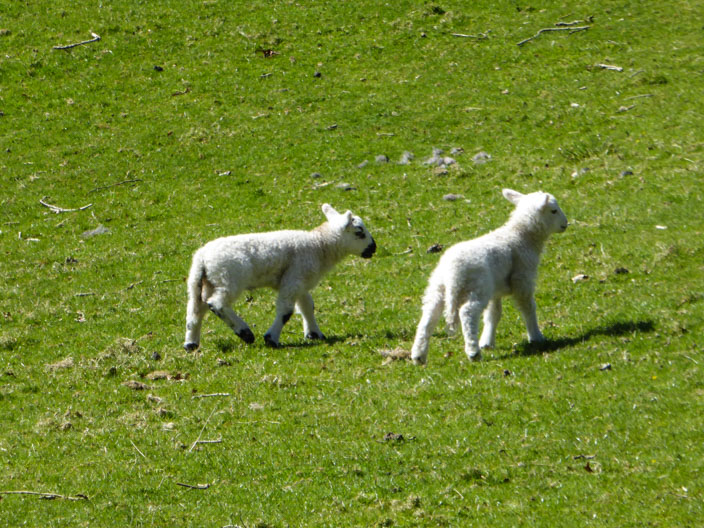 and these two head off in search of mum