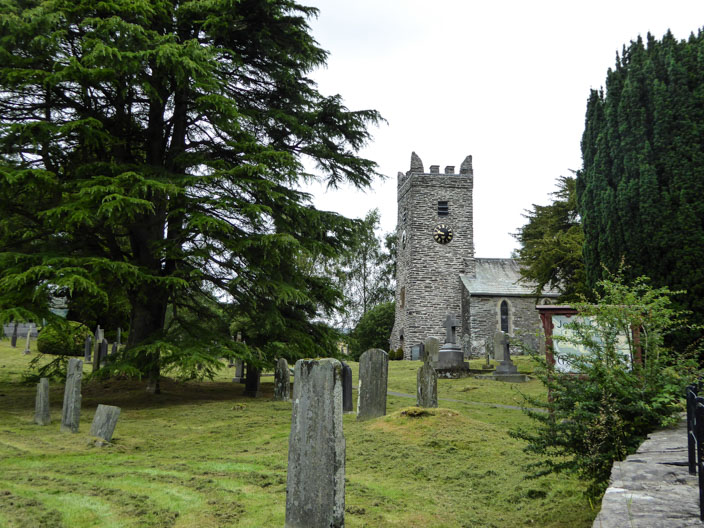 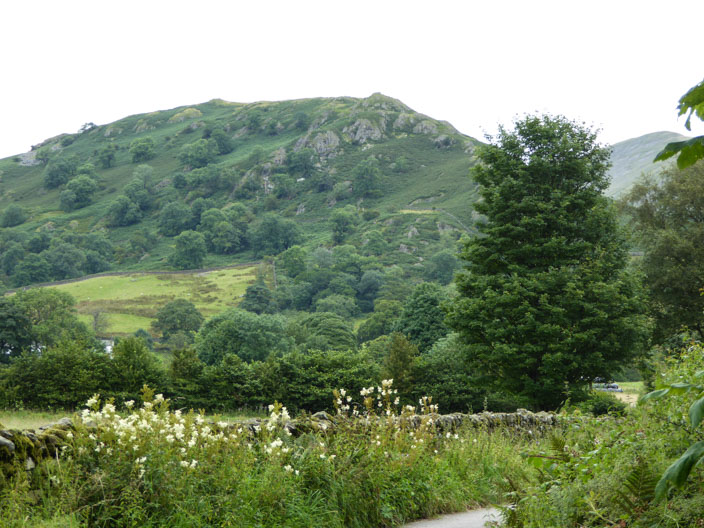 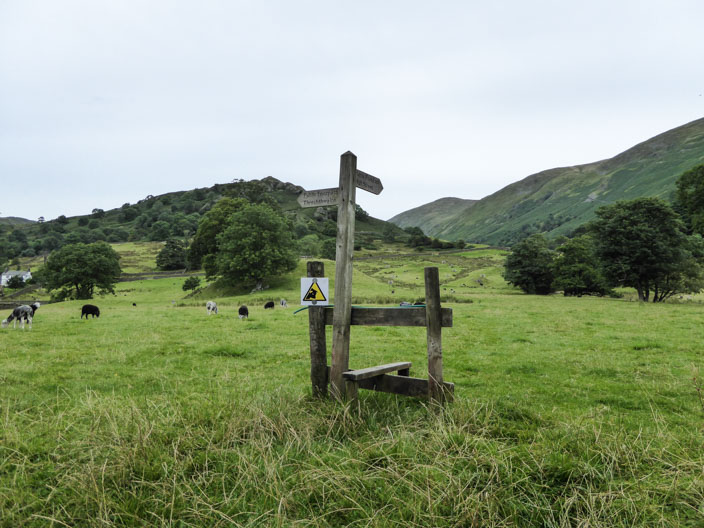 the 'lonesome stile' points the way across the field 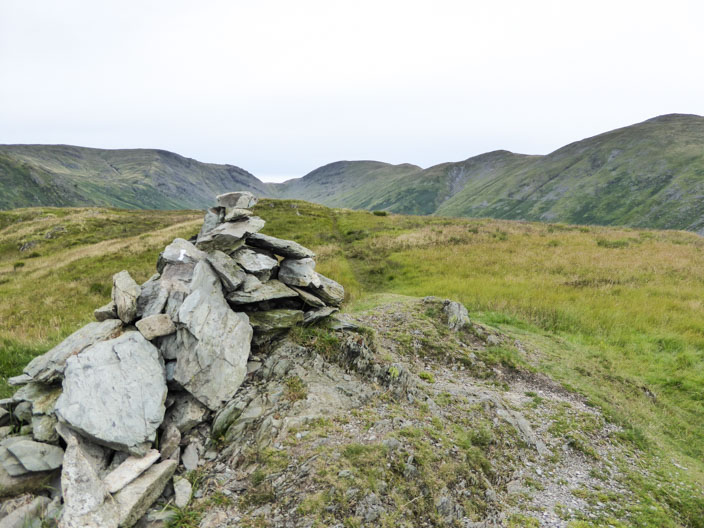 Troutbeck Tongue with Threshthwaite Mouth in the distance . . . 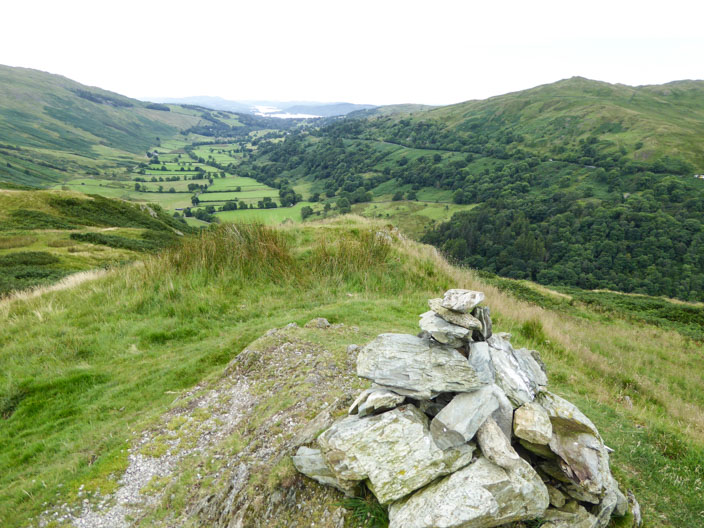 and in the opposite direction the valley I have just walked along . . . 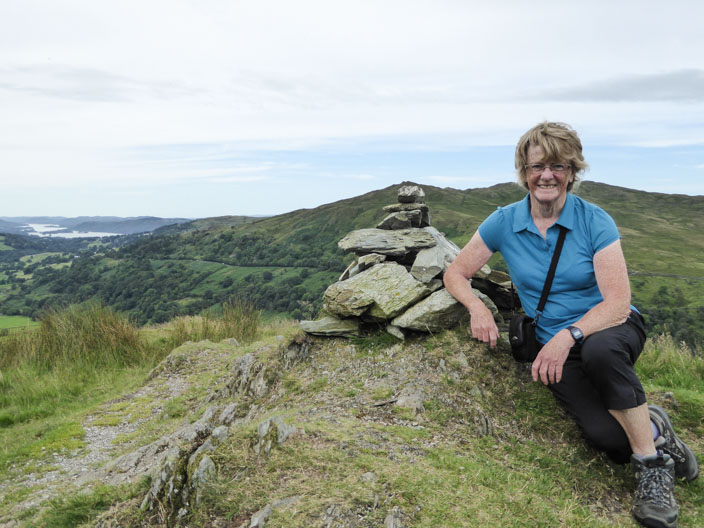 for a photo on the summit 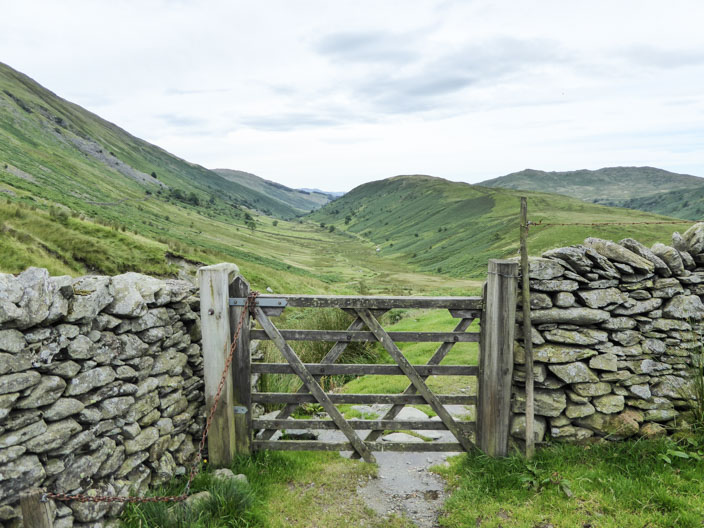 Looking back across Troutbeck Park . . . 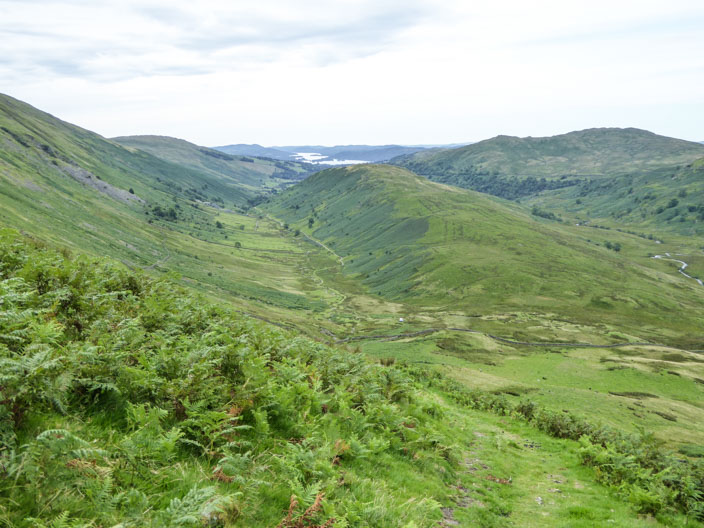 and again from higher up 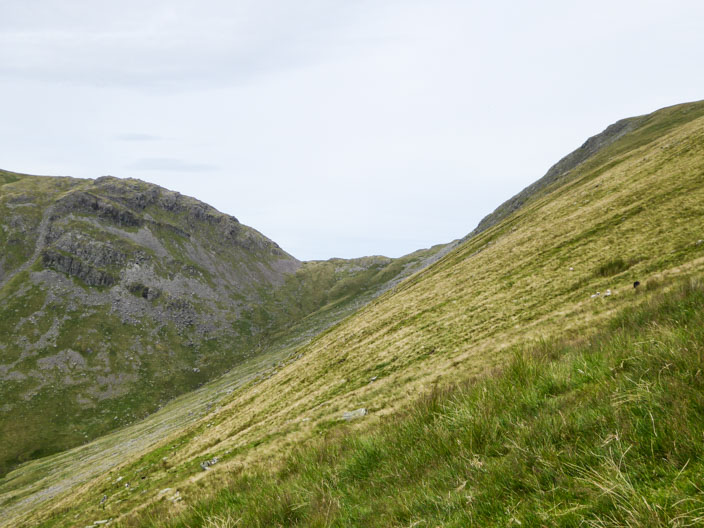 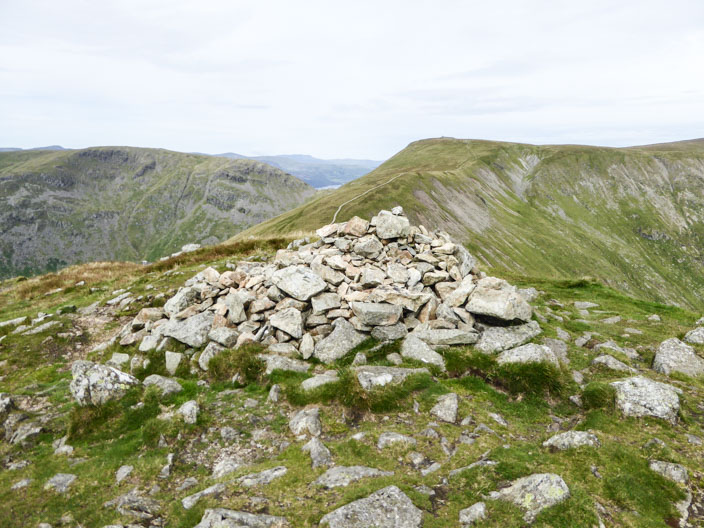 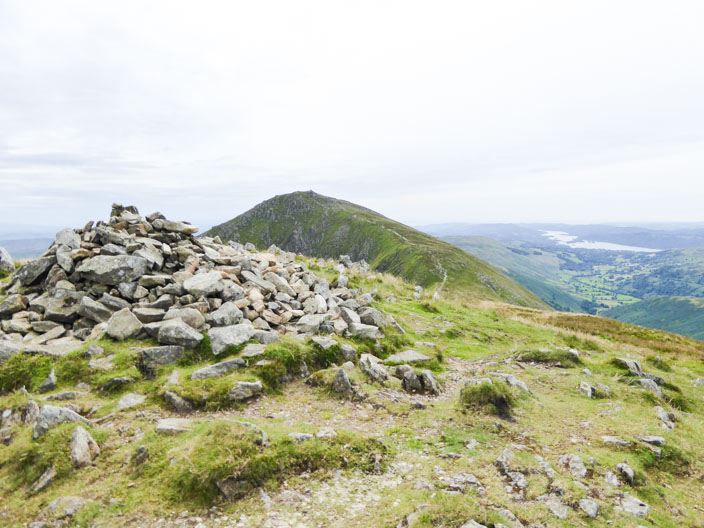 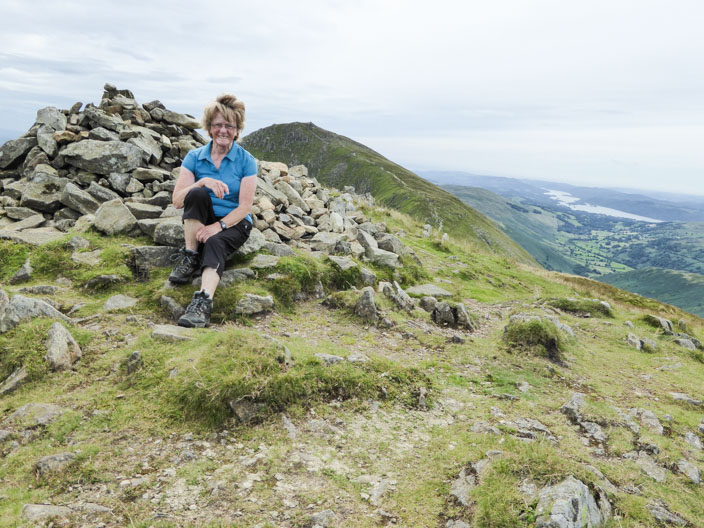 but it's a bit breezy up here 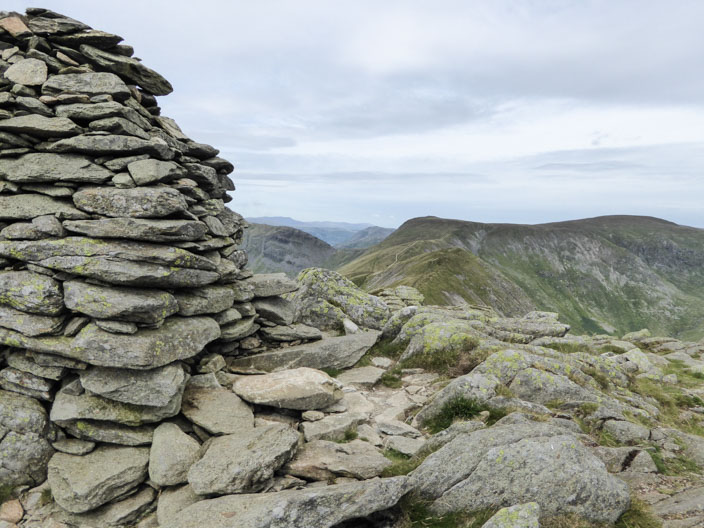 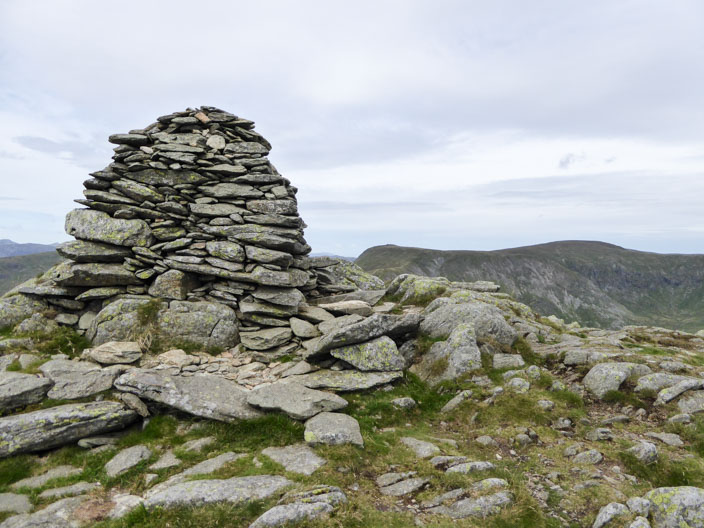 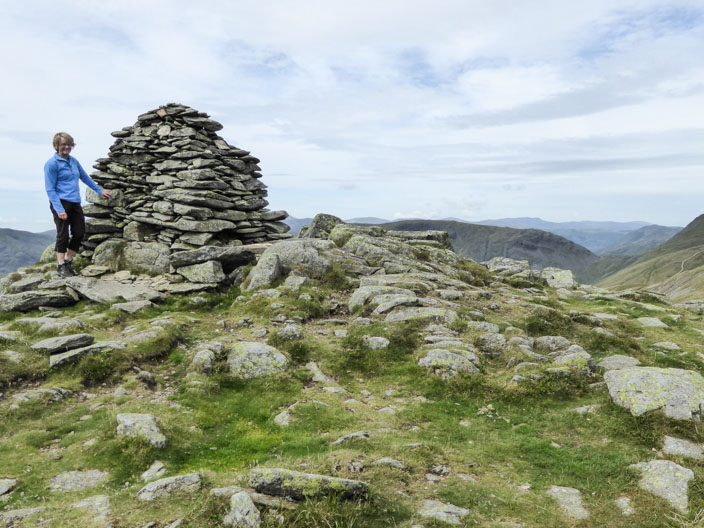 so my first photo here 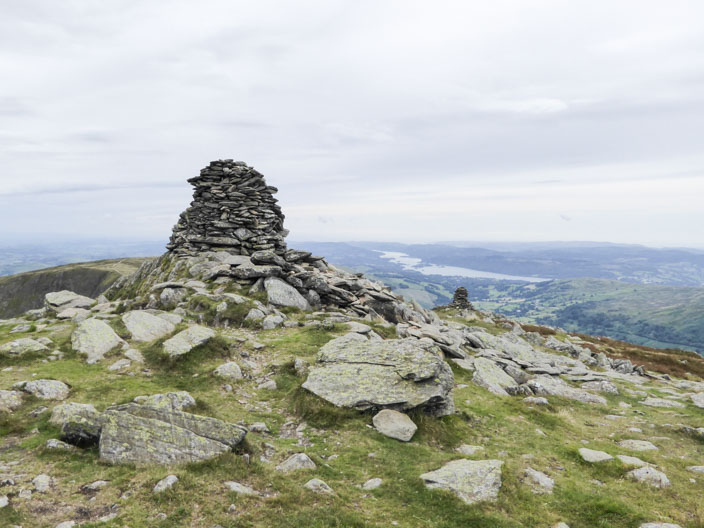 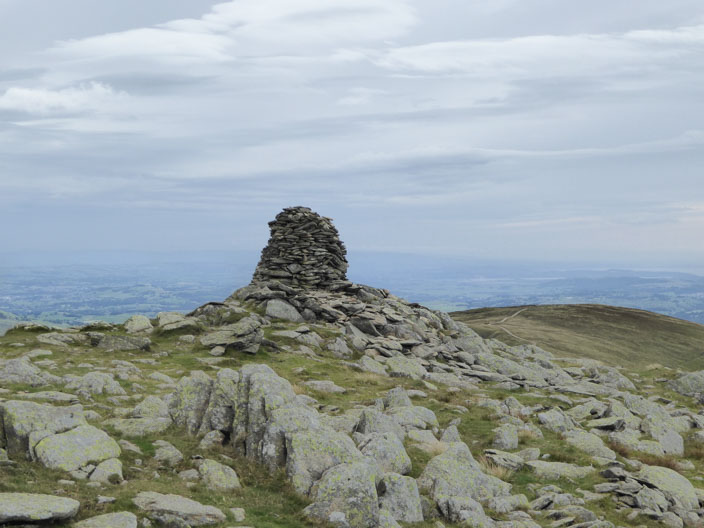 and a slightly different angle shows the route to Yoke 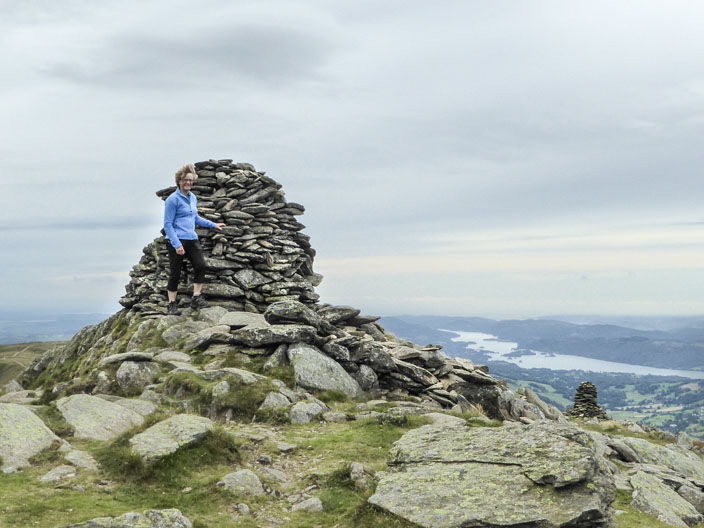 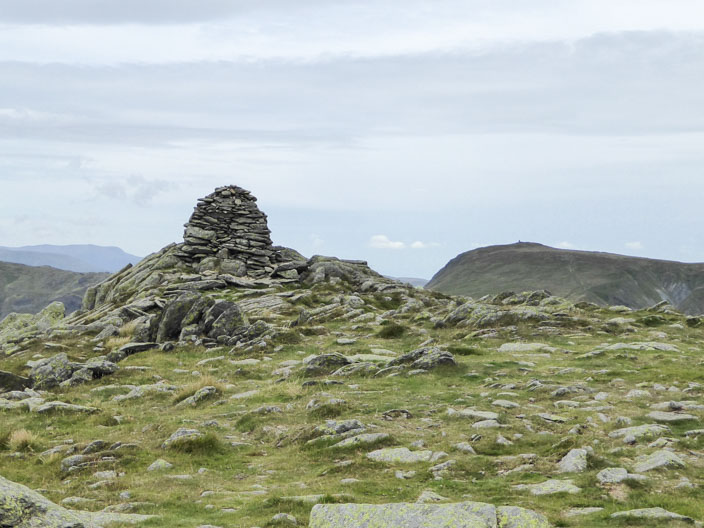 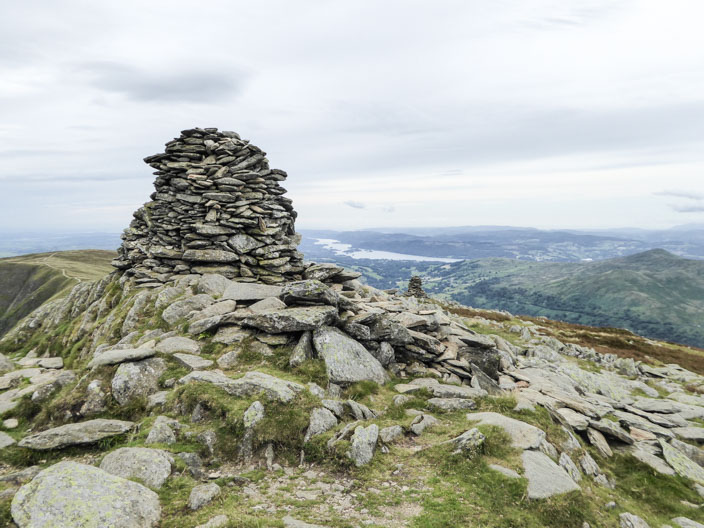 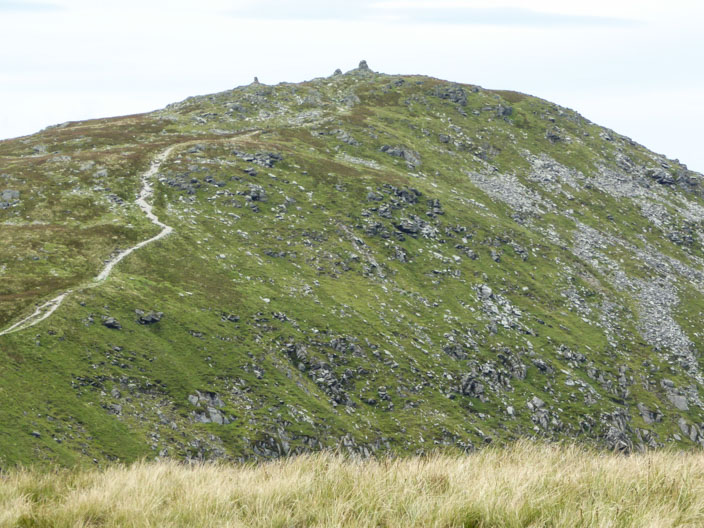 before leaving the summit . . . 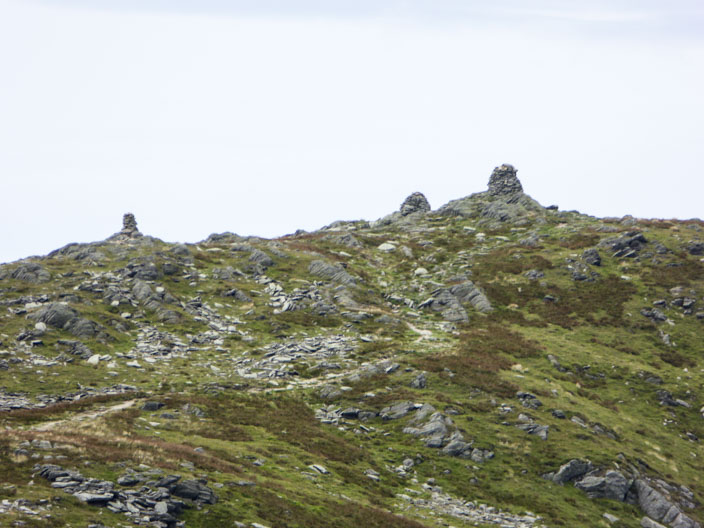 with its three distinctive cairns 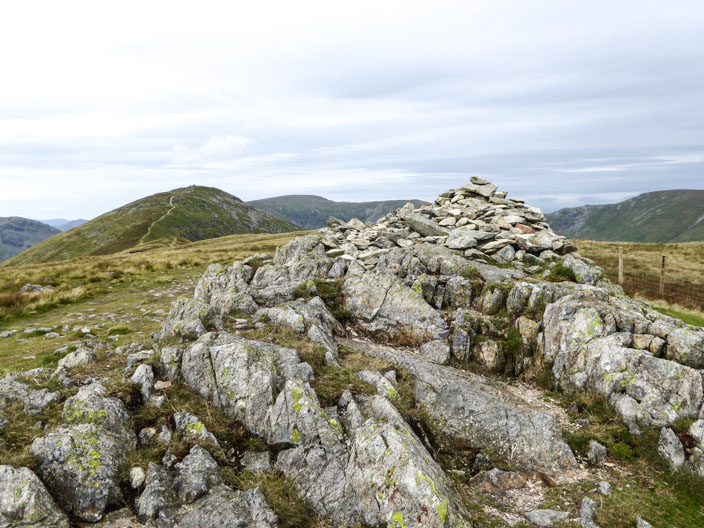 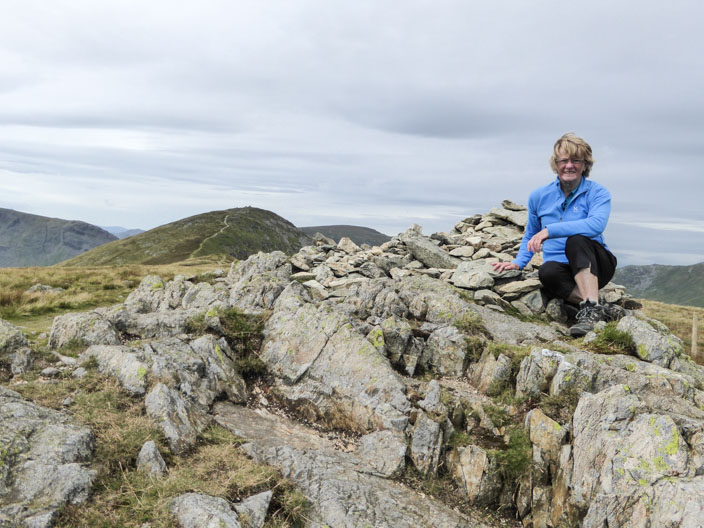 and easier to get a photo - before the rain moves in