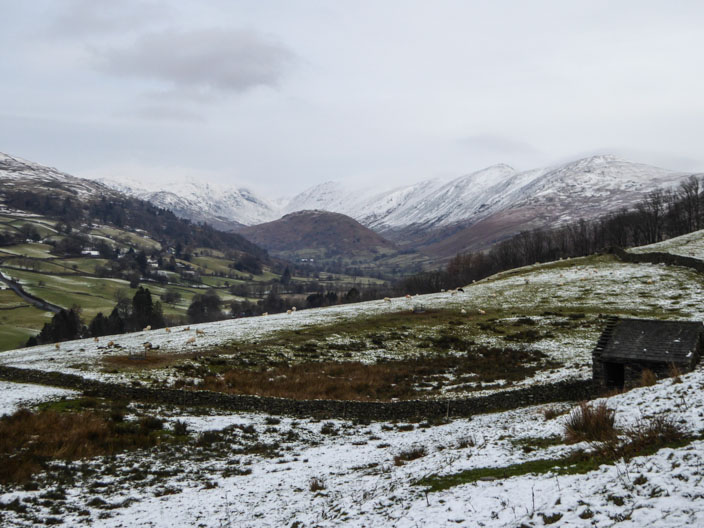 Troutbeck Tongue from the Garburn Road 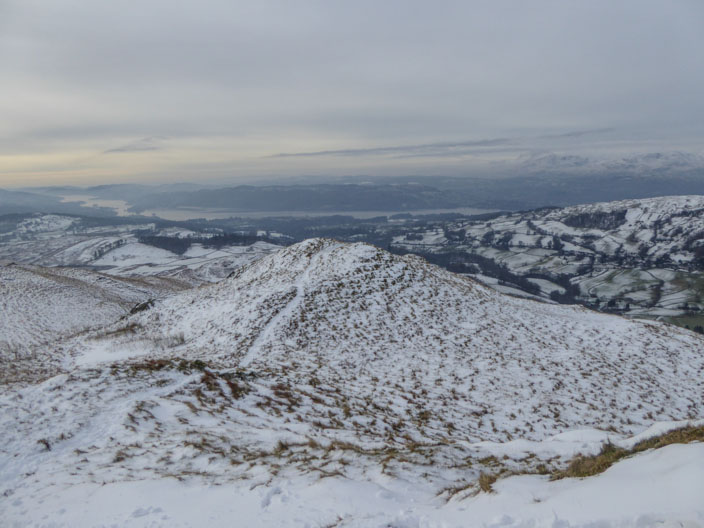 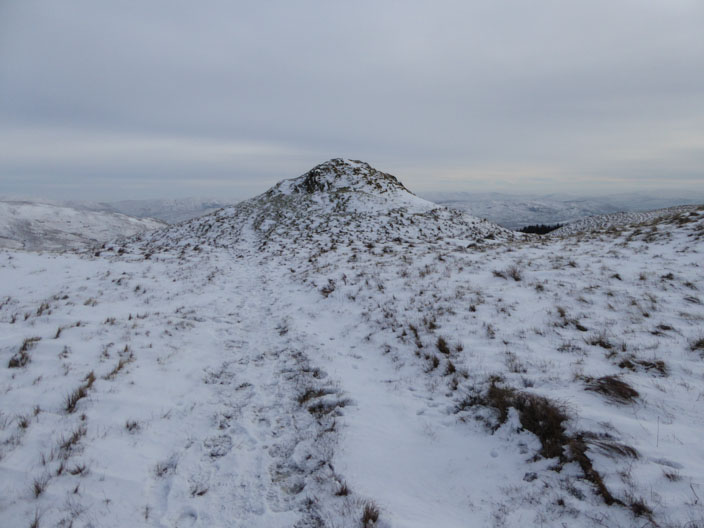 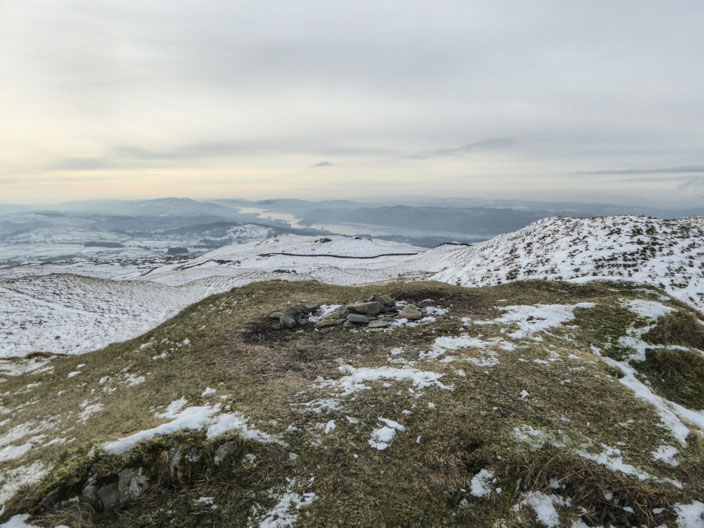 with more views of Windermere 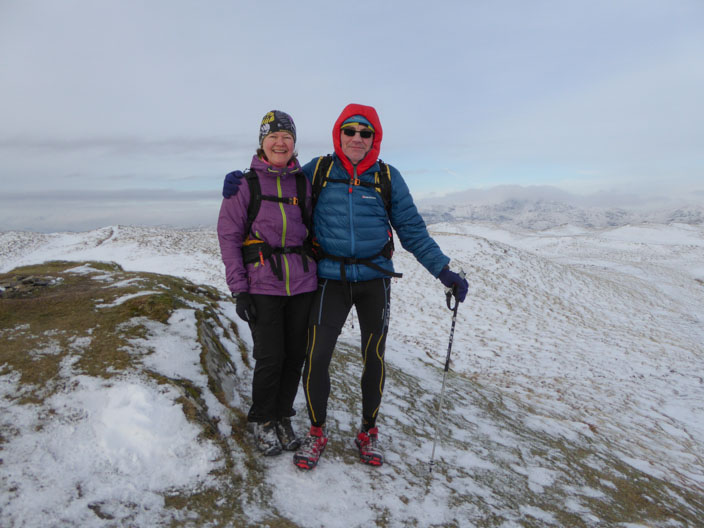 Dave and Claire are heading in the opposite direction, aiming to run all the Wainwrights 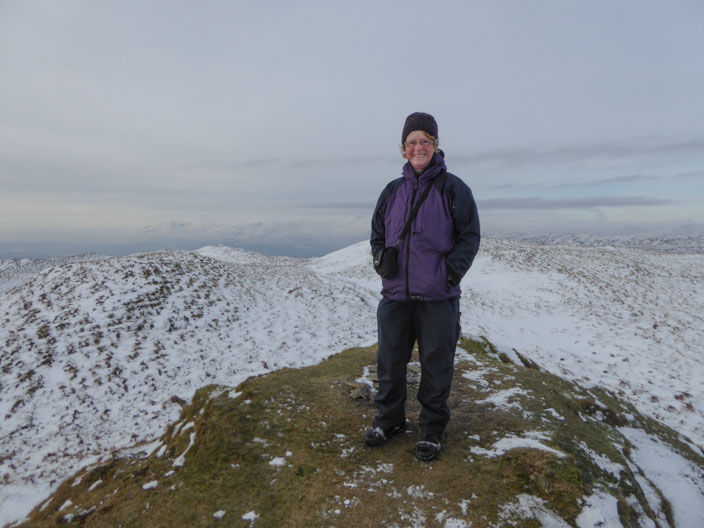 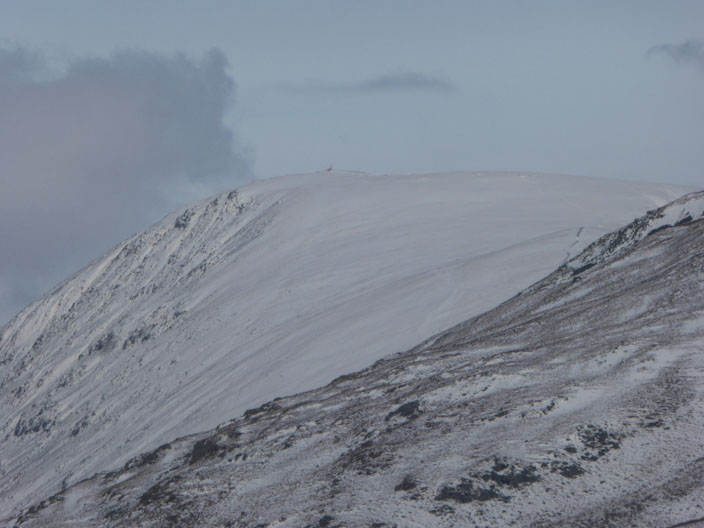 En route to Sallows the snow covered the slopes of Thornthwaite Cragcome into view . . . 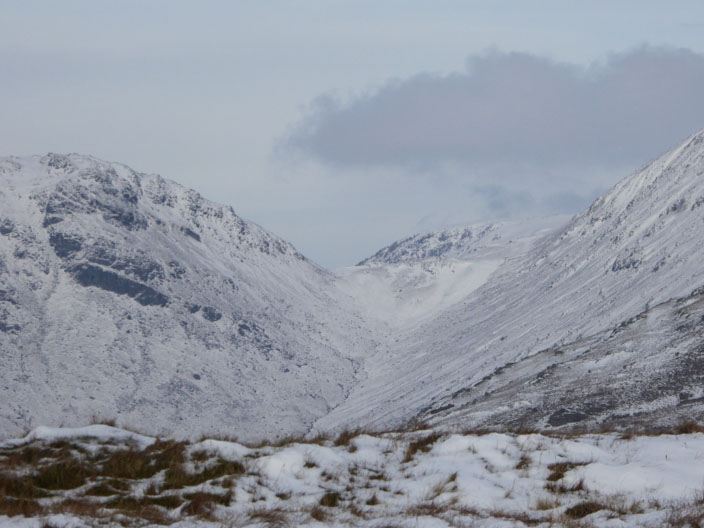 and a closer view of the Kirkstone Pass 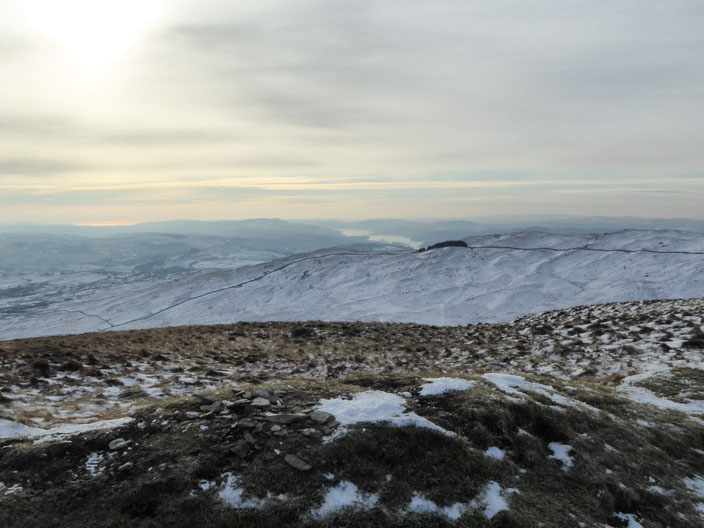 and from Sallows the sea can just be seen to the left of Windermere . . . 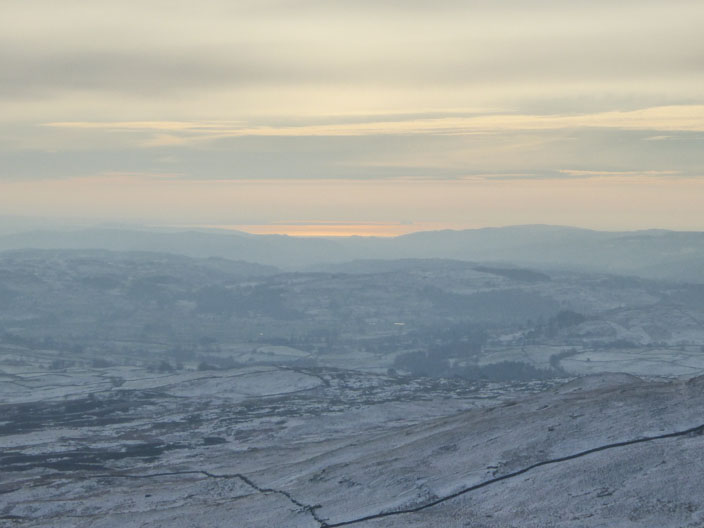 as the emerging sun highlights the water 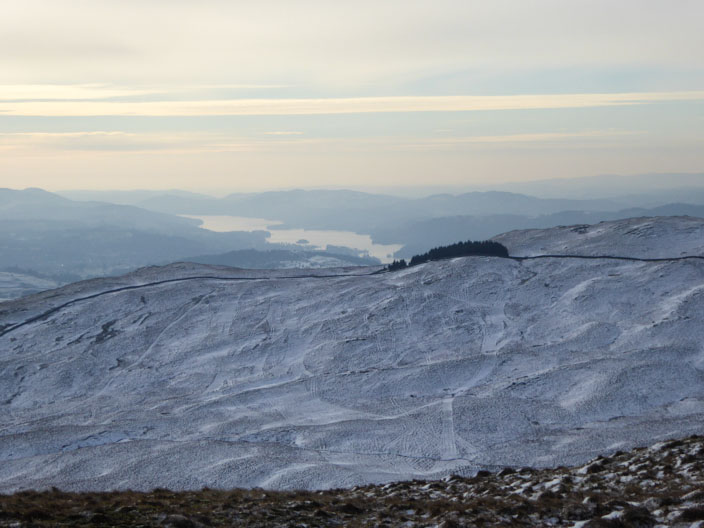 Zooming in on Windermere from . . . 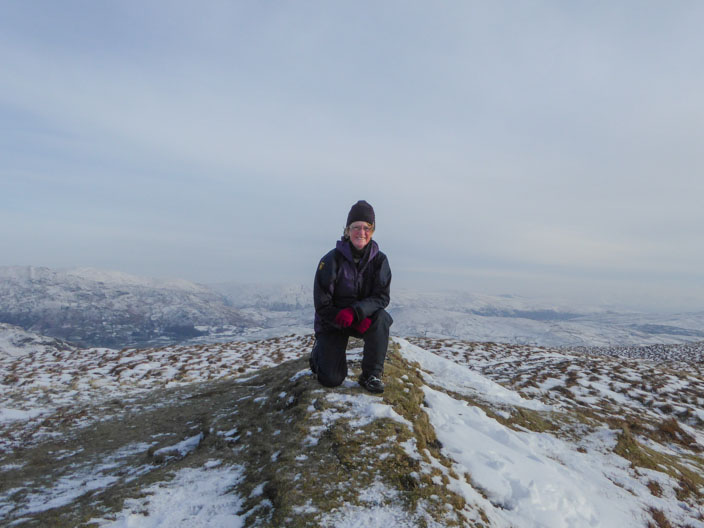 the summit of Sallows 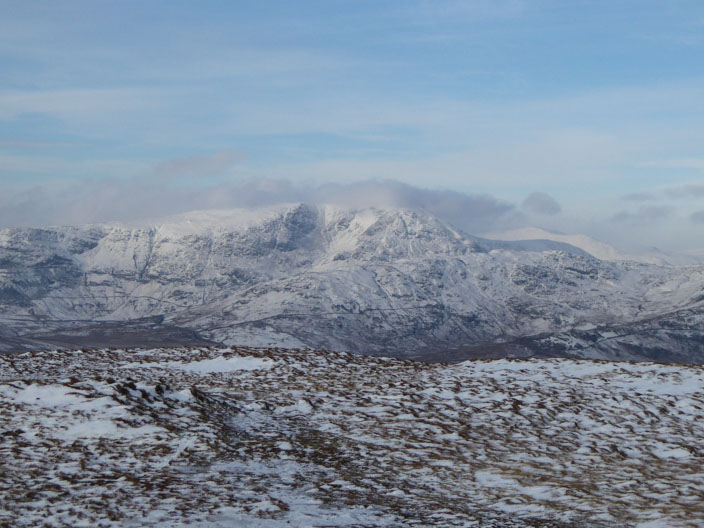 Helvellyn can just be seen to the right of Fairfield 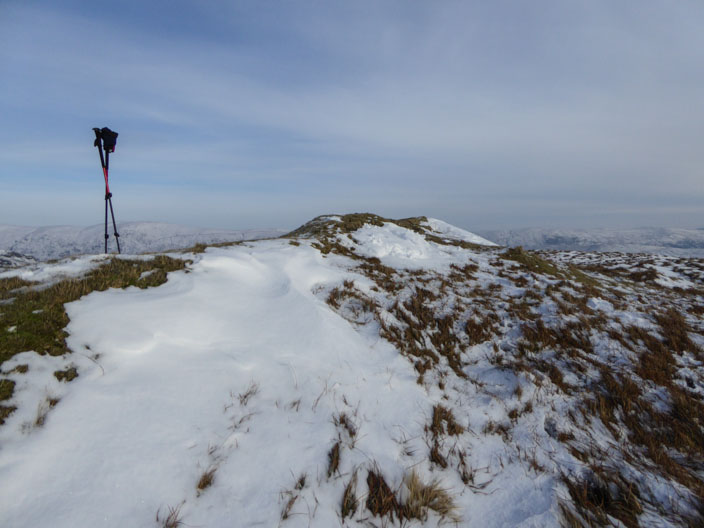 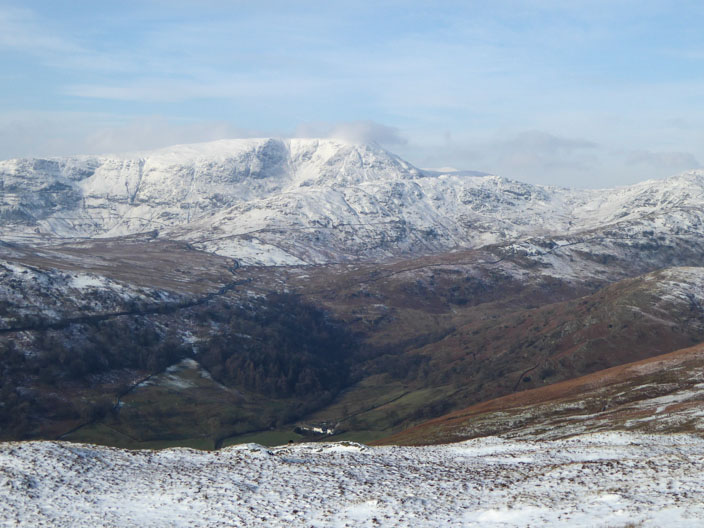 before heading to the Garburn Road . . . 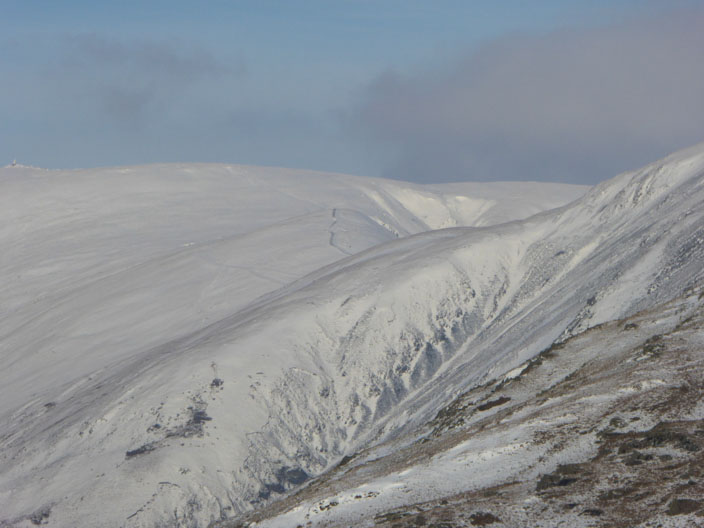 A closer look at the slopes leading to Thornthwaite Beacon . . . 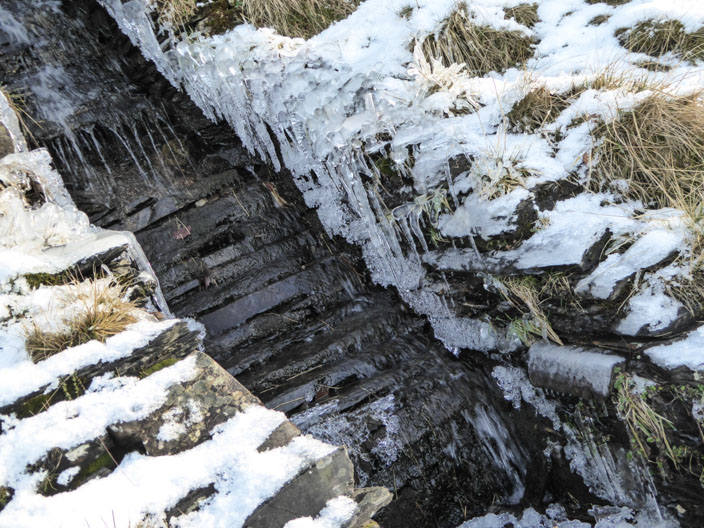 Icicles have formed at the sides . . . 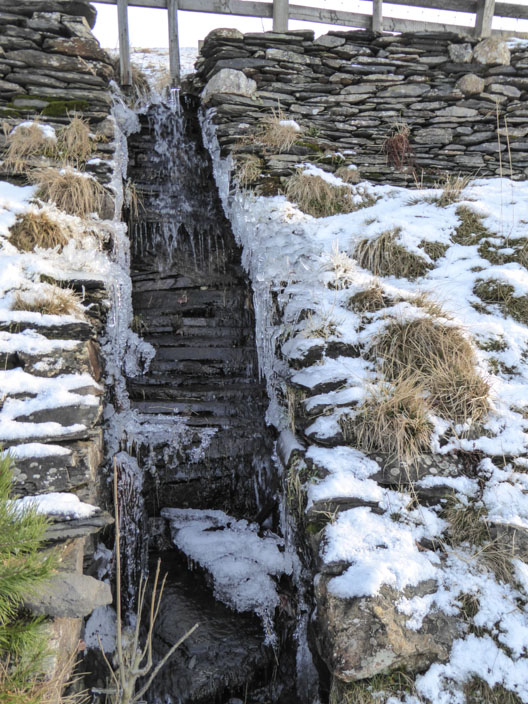 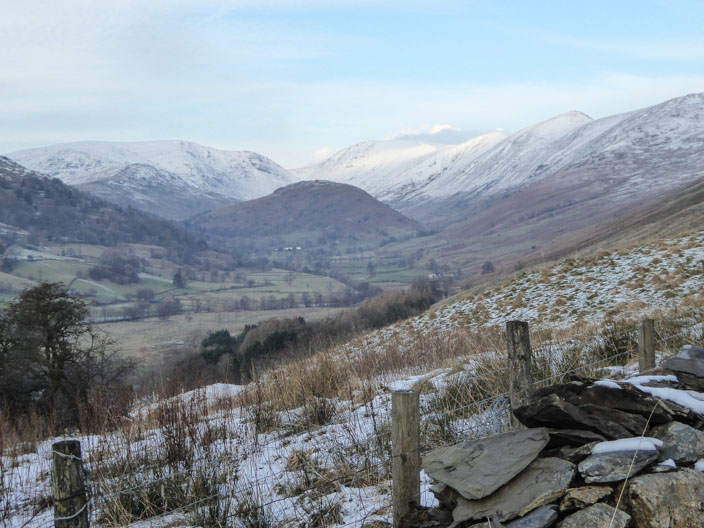