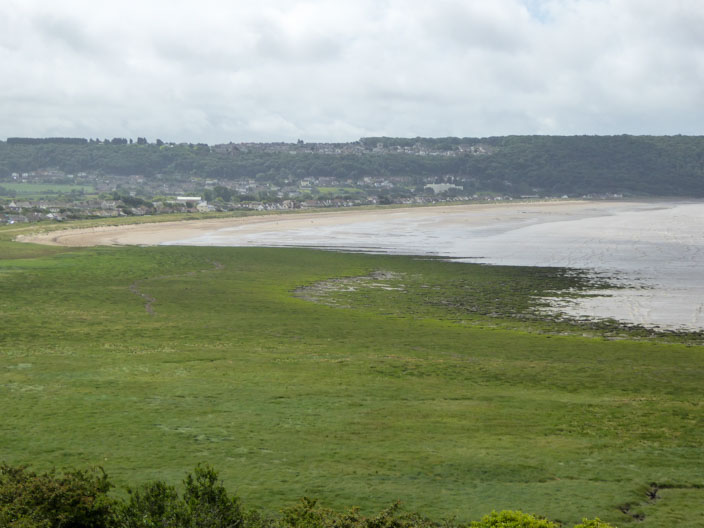 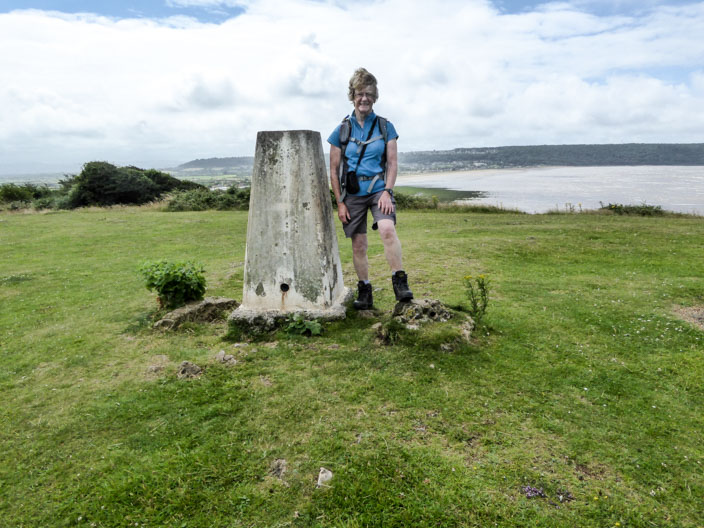 The trig point marks the highest point on these downs . . . 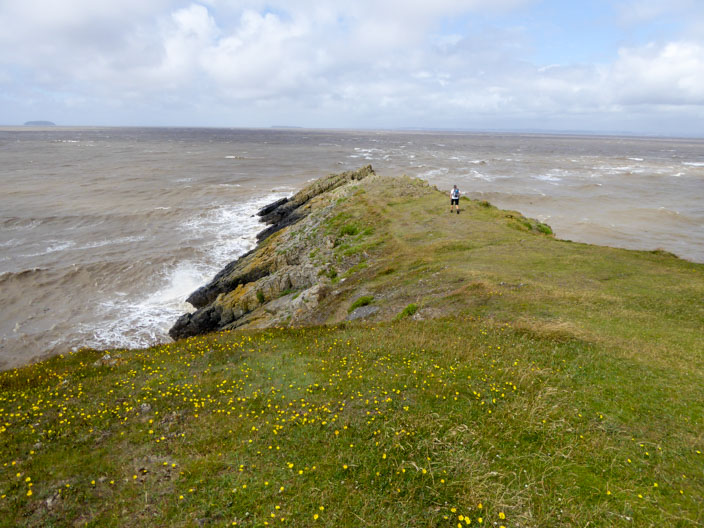 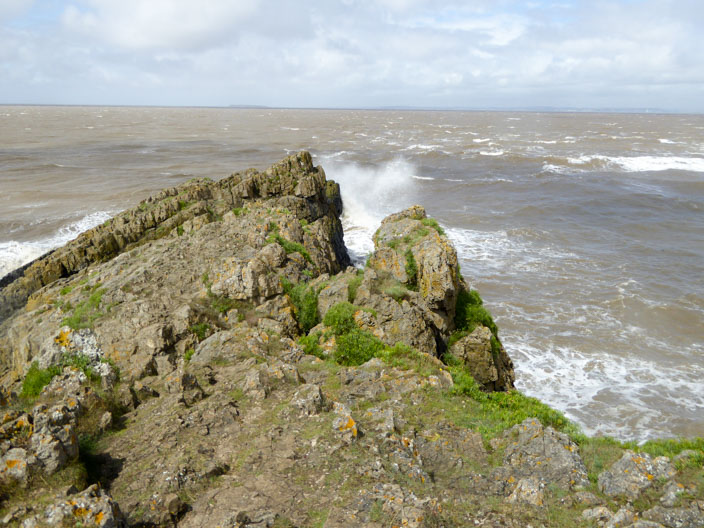 where evidence of volcanic activity can ve seen 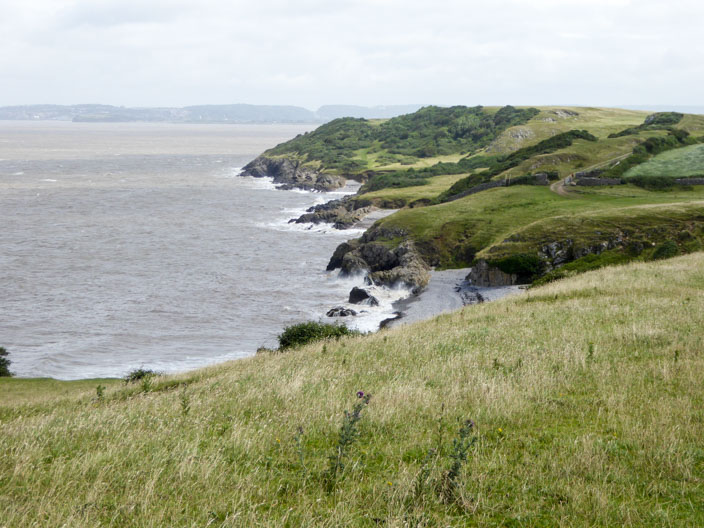 Looking along the coast and across the Severn Mouth towards South Wales . . . 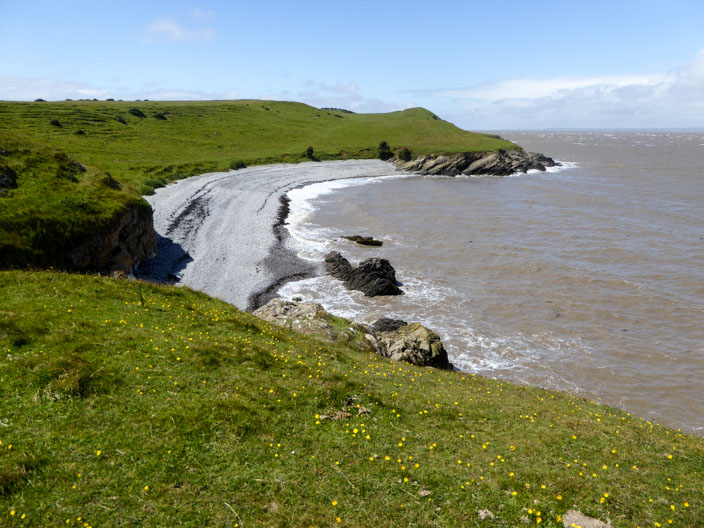 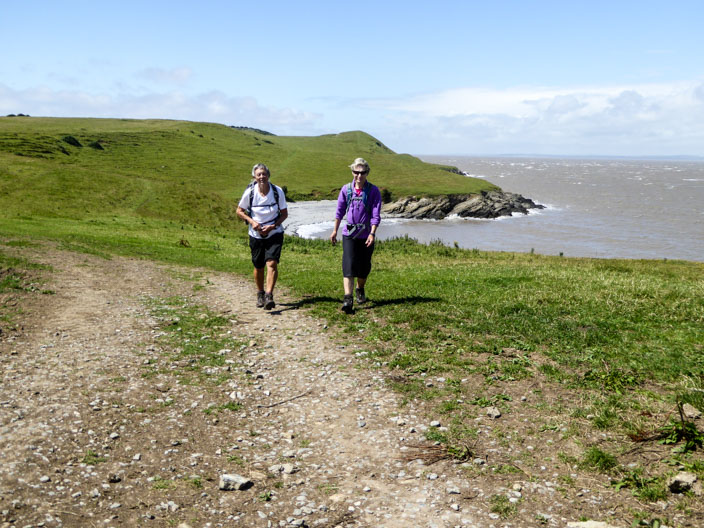 as Sheila and Marie catch me up 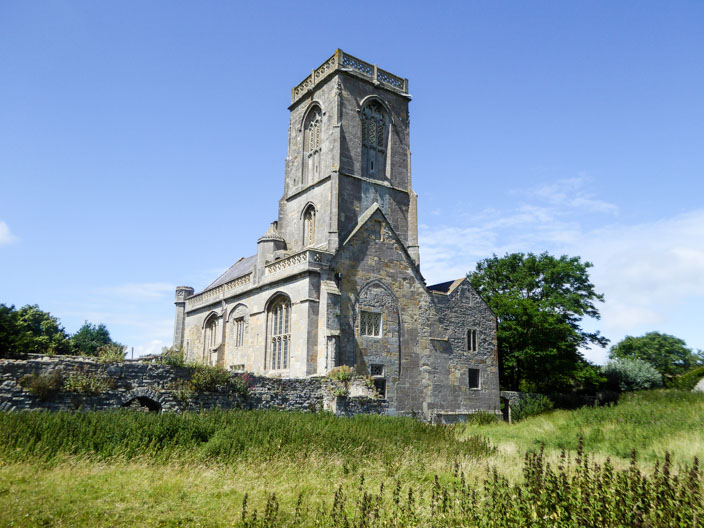 Woodspring Priory was founded in the early 13th century by William de Courtney . . . 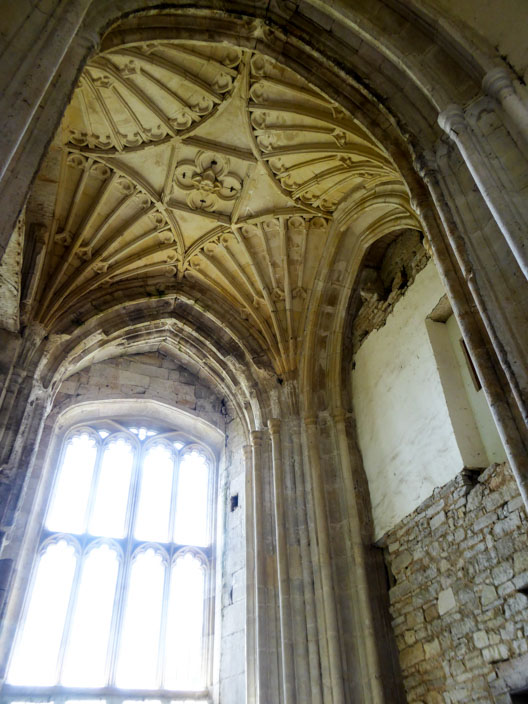 though much has been destroyed 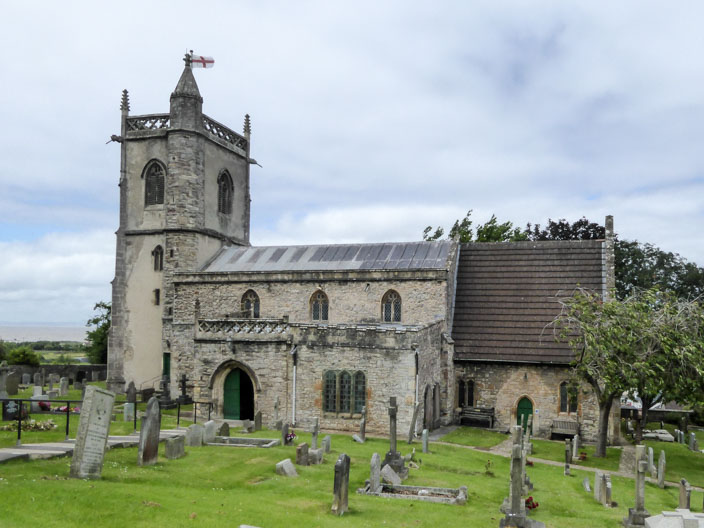 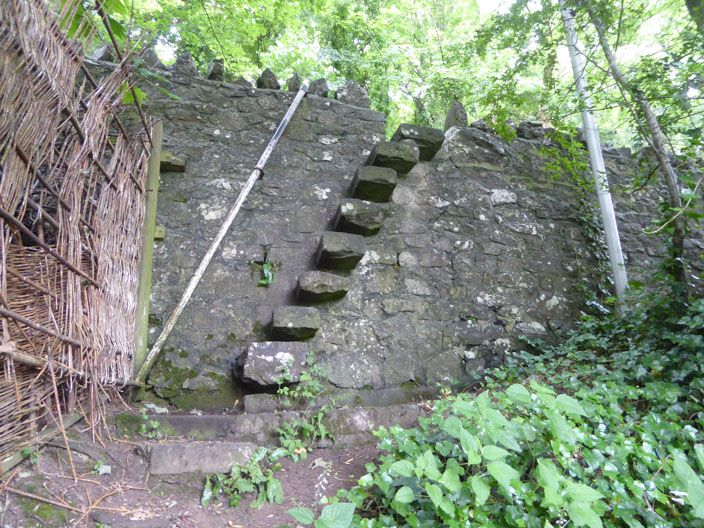 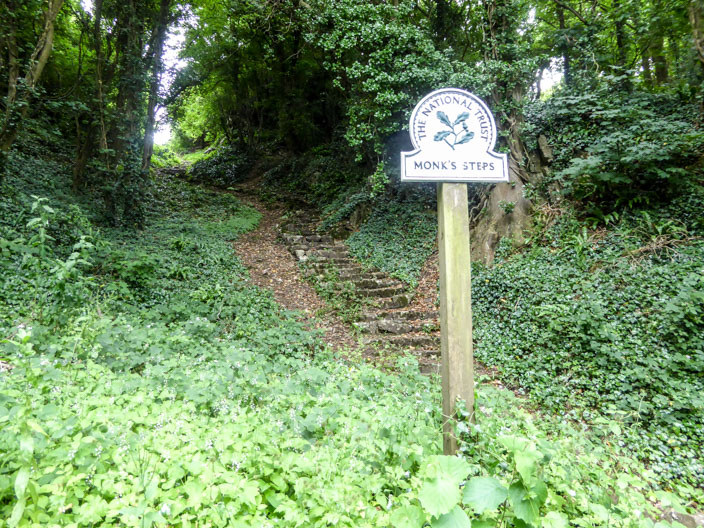 the 200 Monk's Steps which were contructed in medieval times 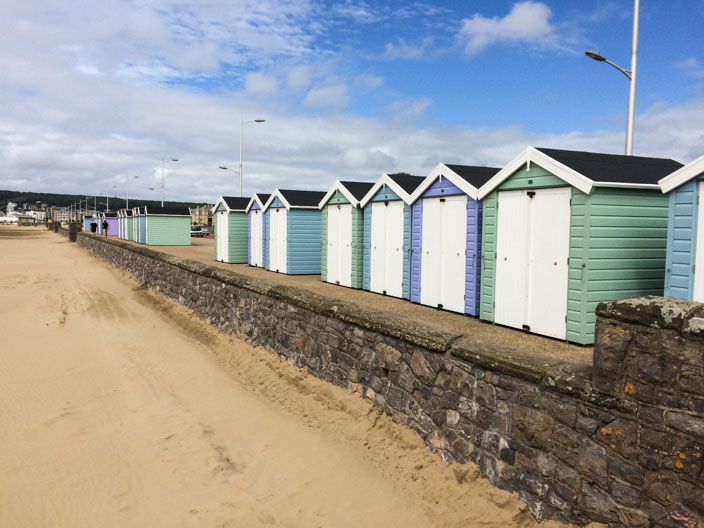