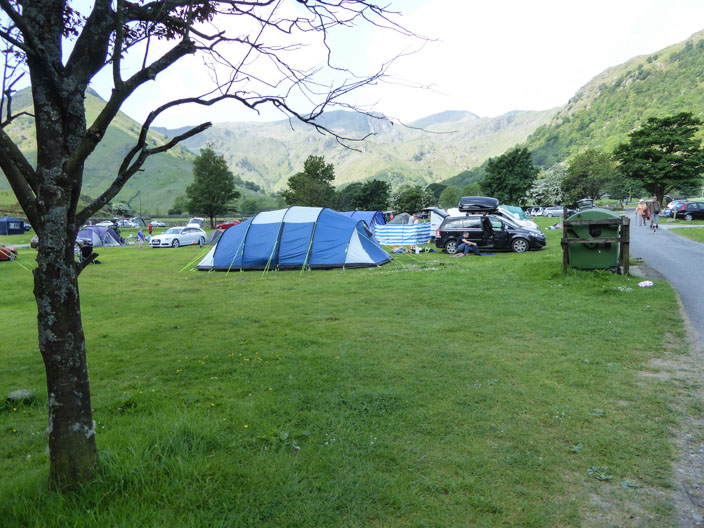 It's been a busy week at Sykeside camping ground . . . 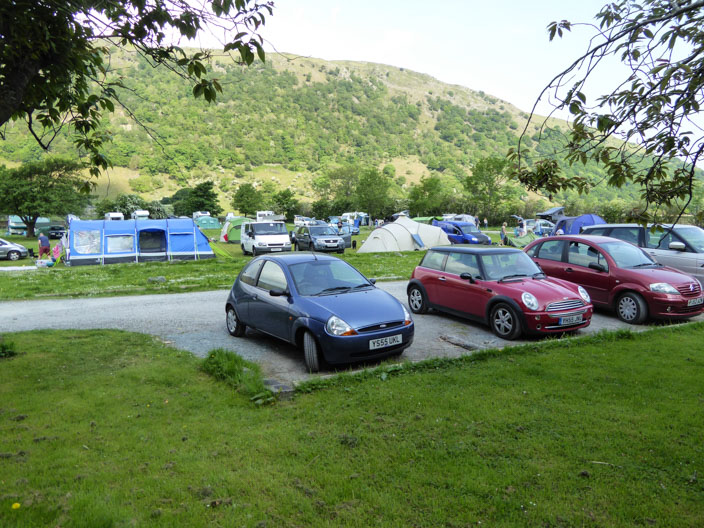 but now it's time to pack up and go home 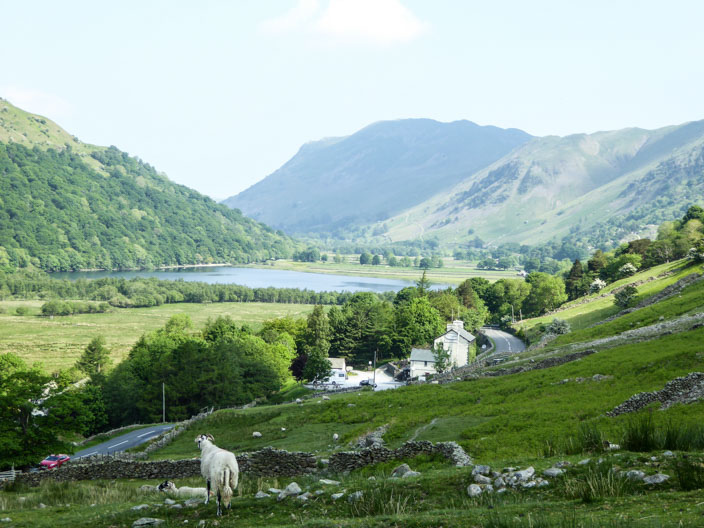 Brothers Water from the beginning of our climb . . . 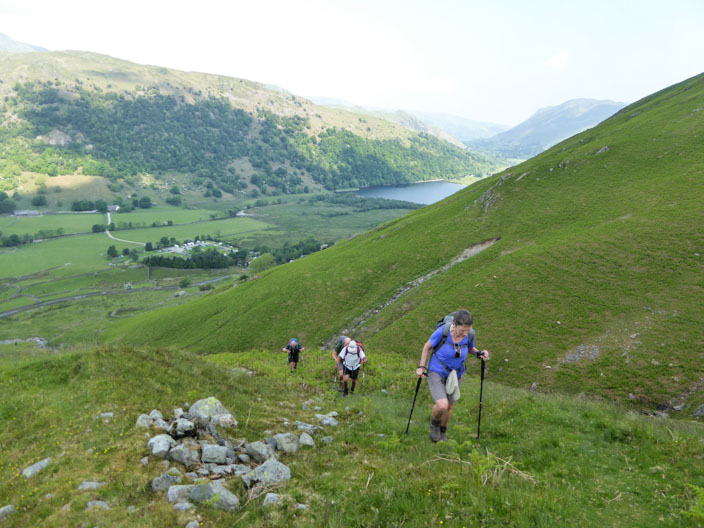 on a lovely green path 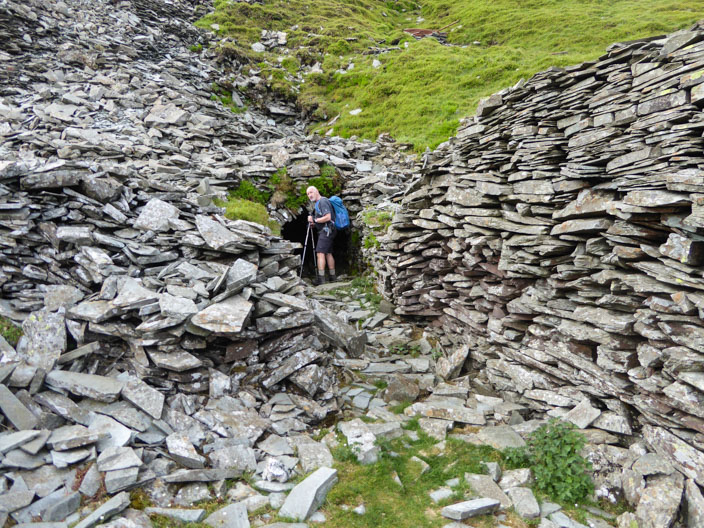 Robb looks for a shortcut through the mountain . . . 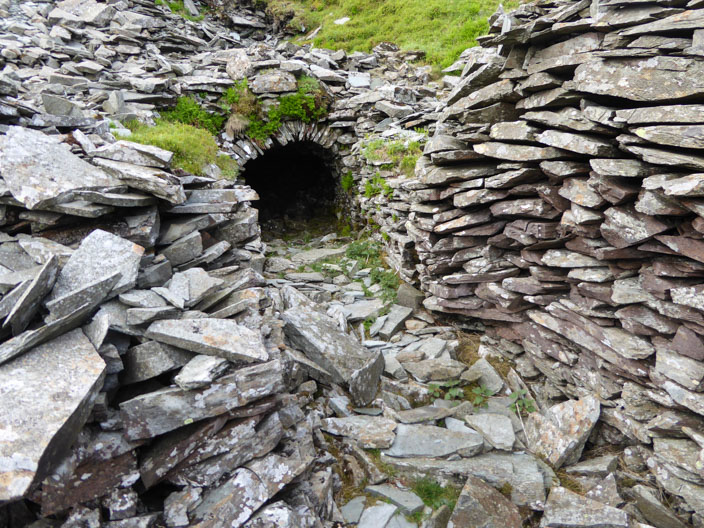 but the tunnel is blocked after only a few yards 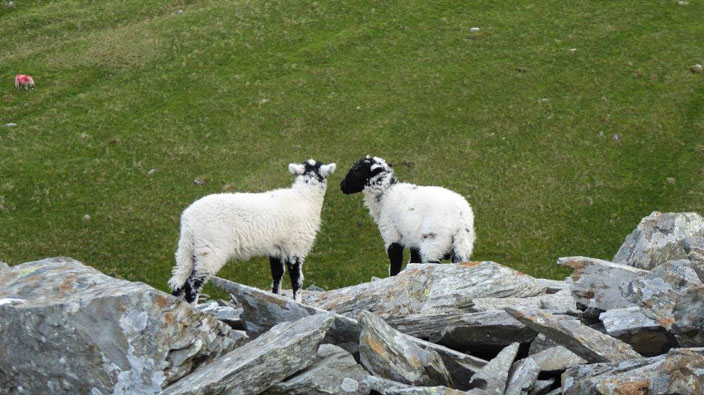 Don't look now, but a group of Ramblers has just arrived 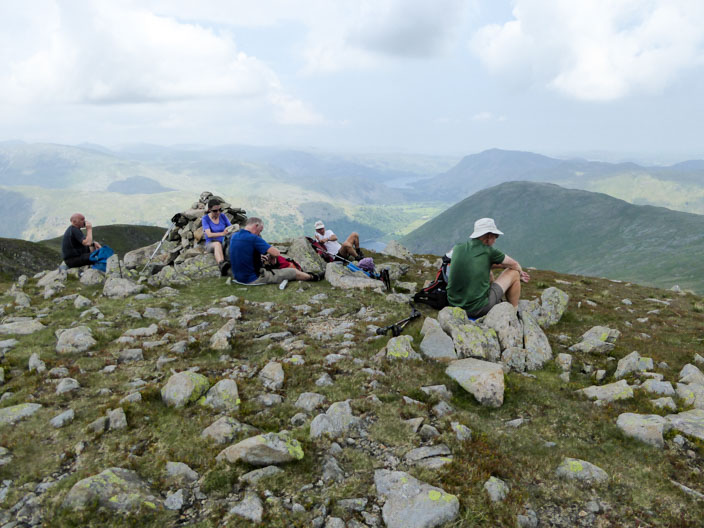 Recovering from the long climb to Caudale Head . . . 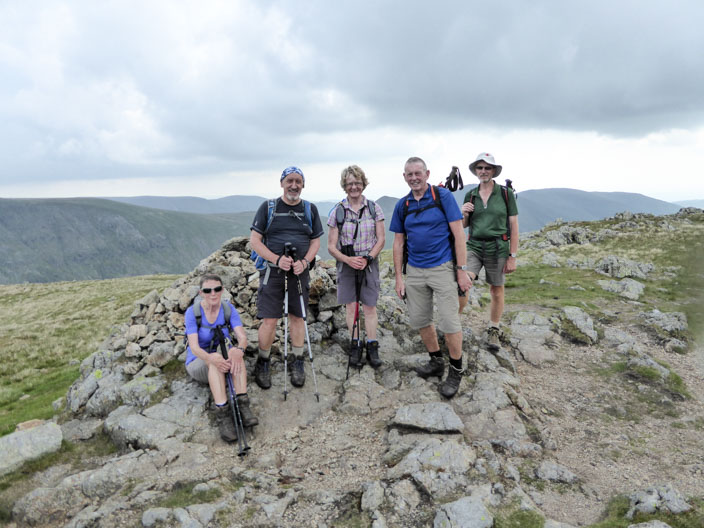 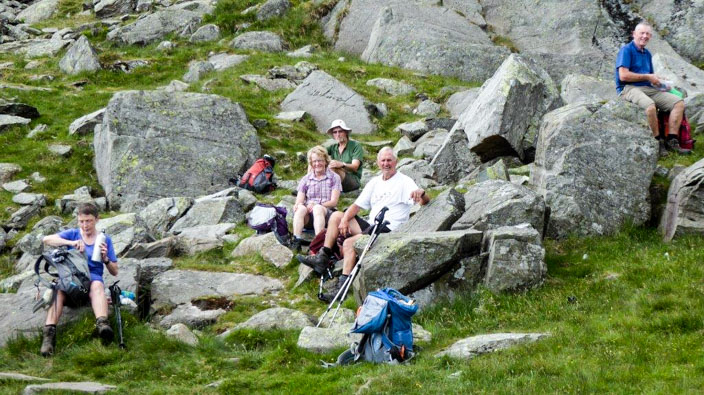 Stocking up the energy reserves before heading up . . . 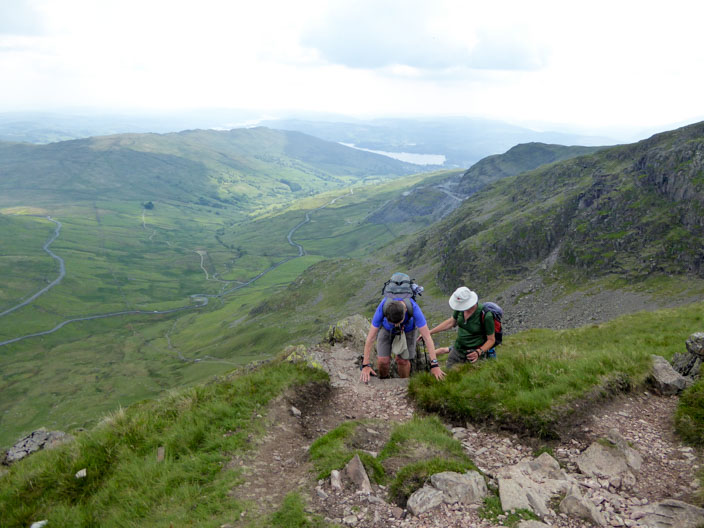 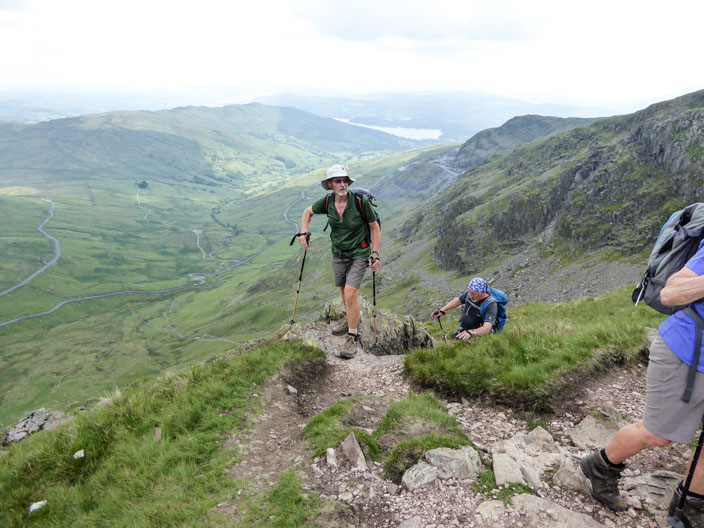 on the way to Red Screes 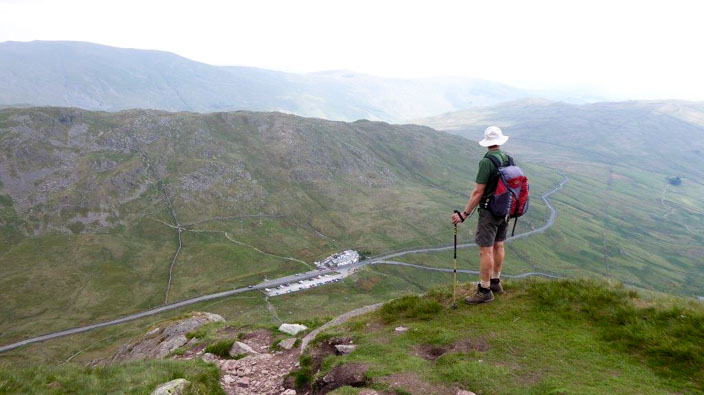 John surveys the scene down to the Kirkstone Inn . . . 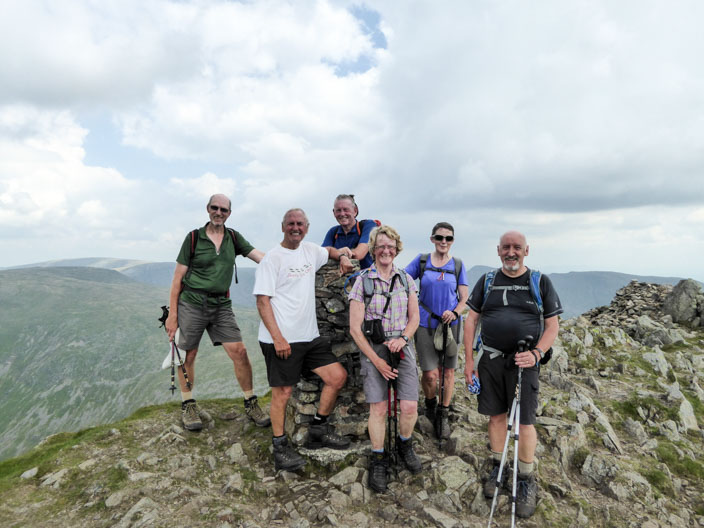 before continuing on to the trig point 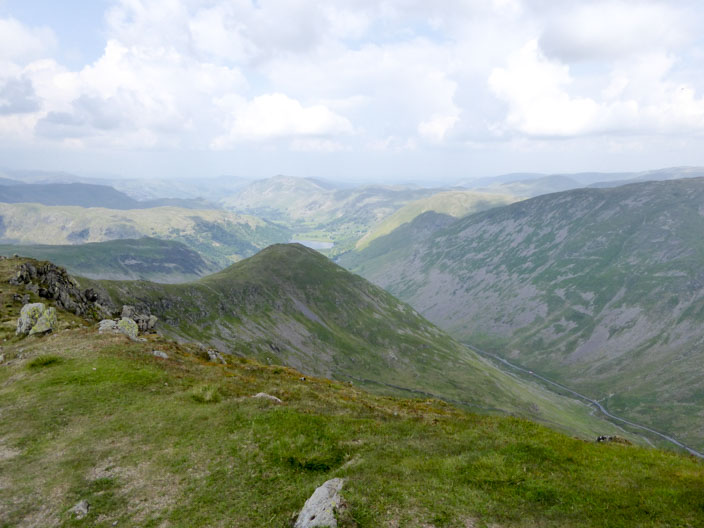 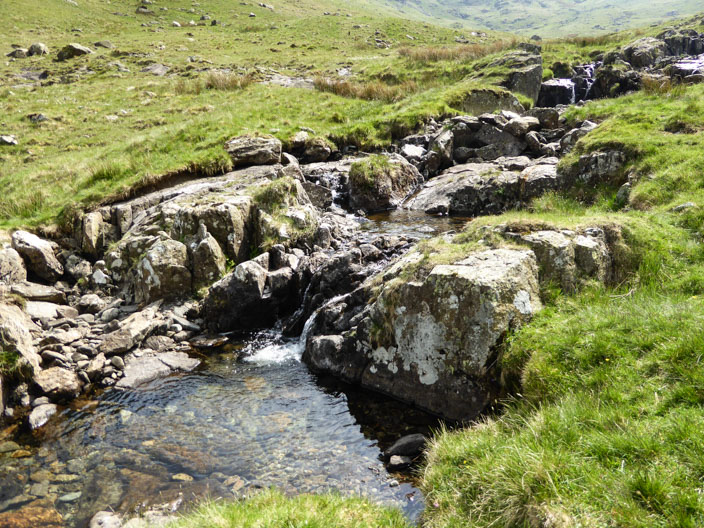 to descend beside Caiston Beck . . . 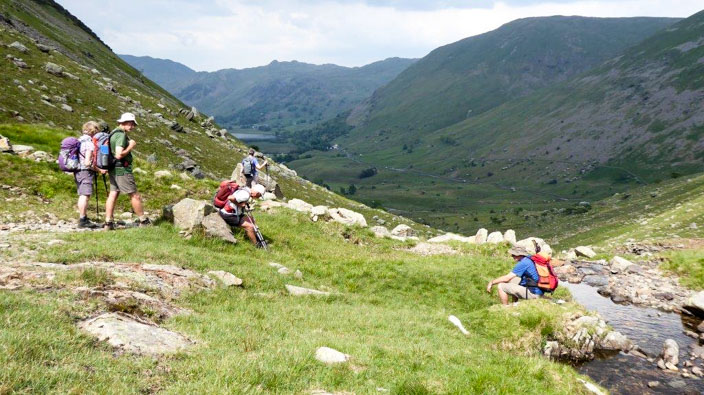 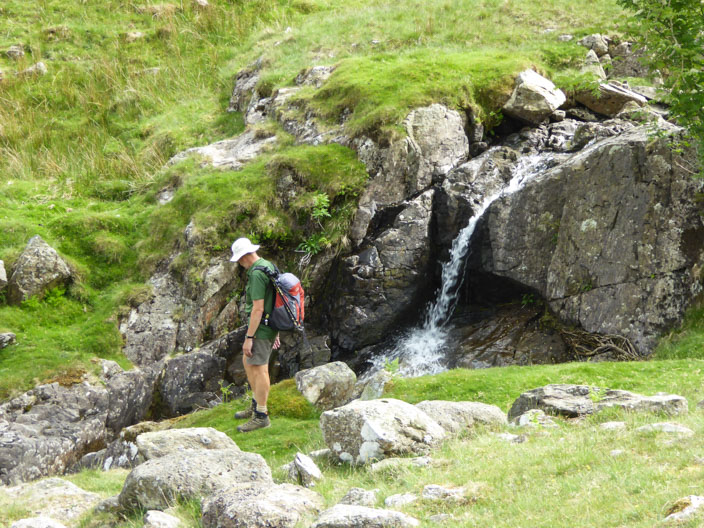 but I think John would prefer a shower!