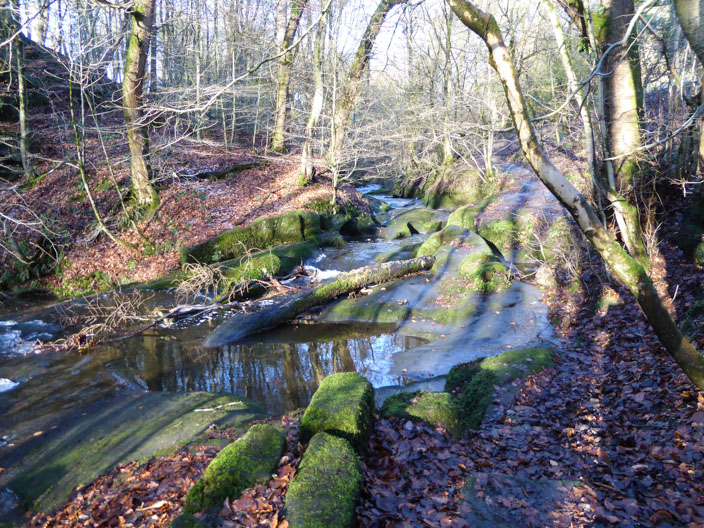 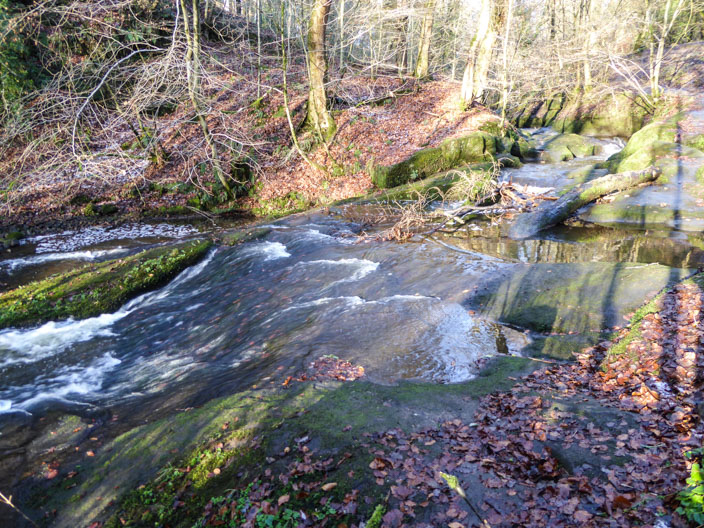 where the water has worn the rock smooth 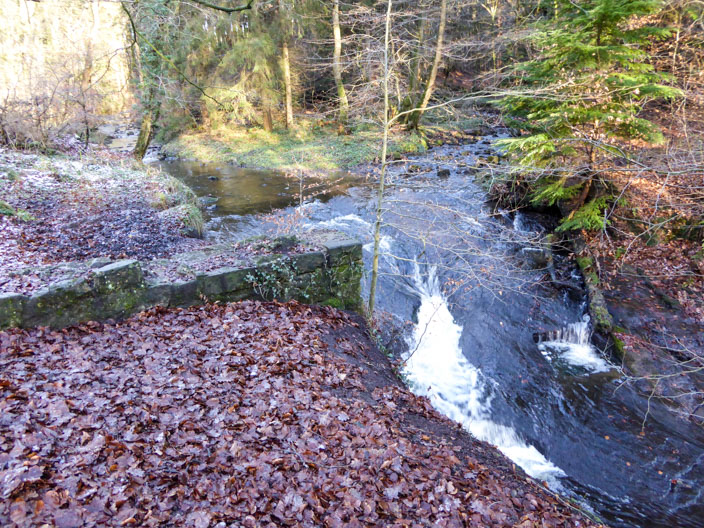 Higher up a tributary joins the Brook 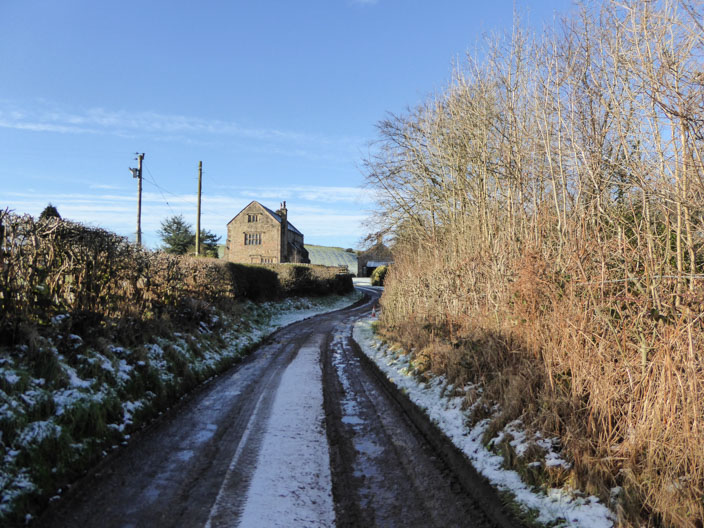 Greengore, an old deer hunting lodge which is a Grade II listed building
characterised by its heavy duty stone buttresses 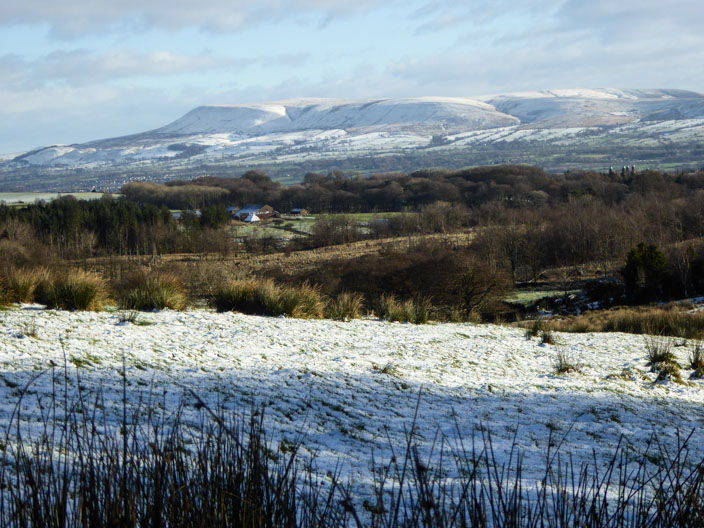 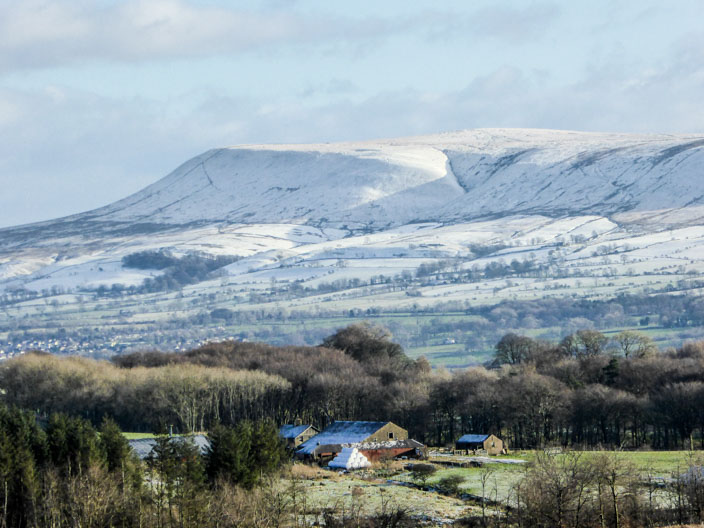 has a good covering of snow 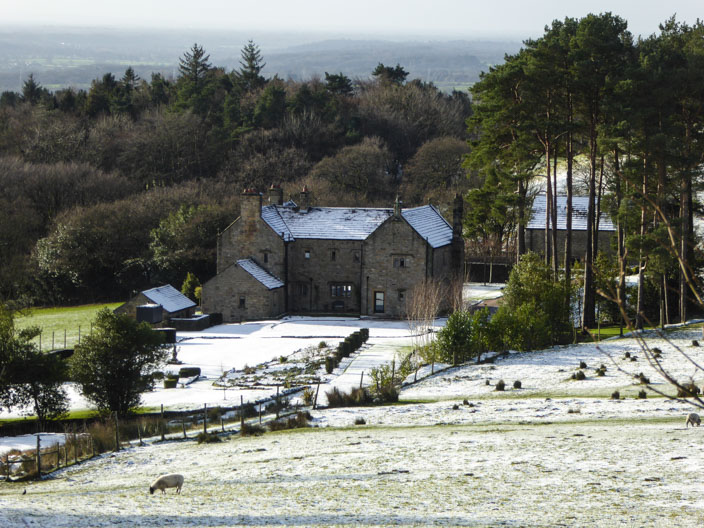 The rear of Huntingdon Hall, built in the 17th century,
it was extended and restored in the 20th century 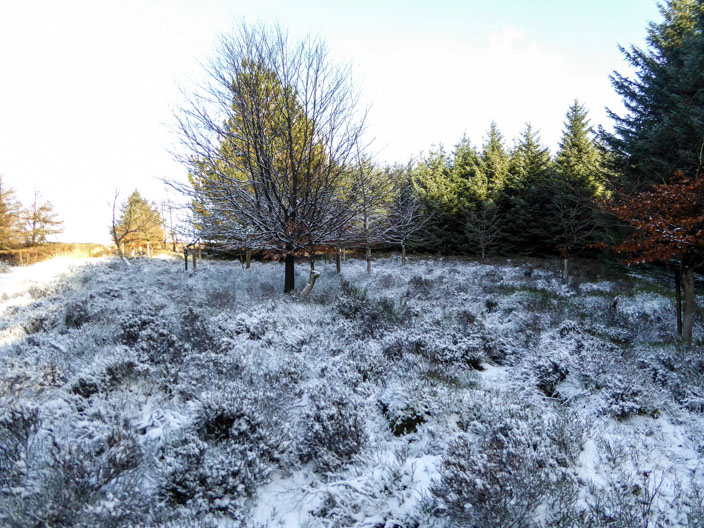 A carpet of snow brightens the track through the plantation . . . 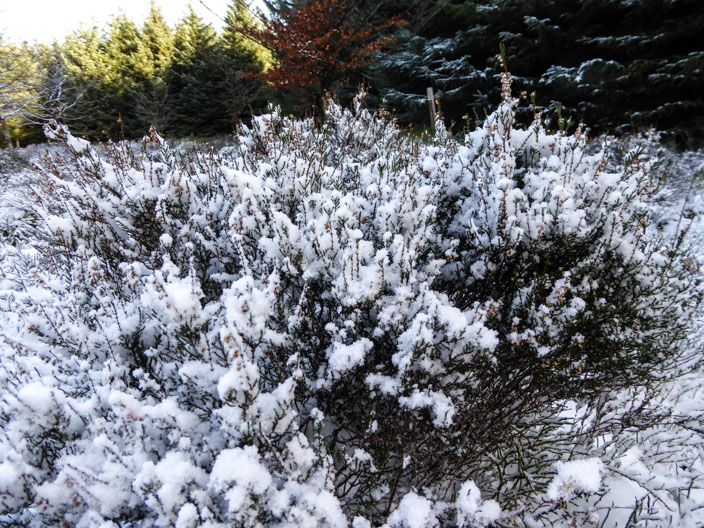 and creates a feature for a photo 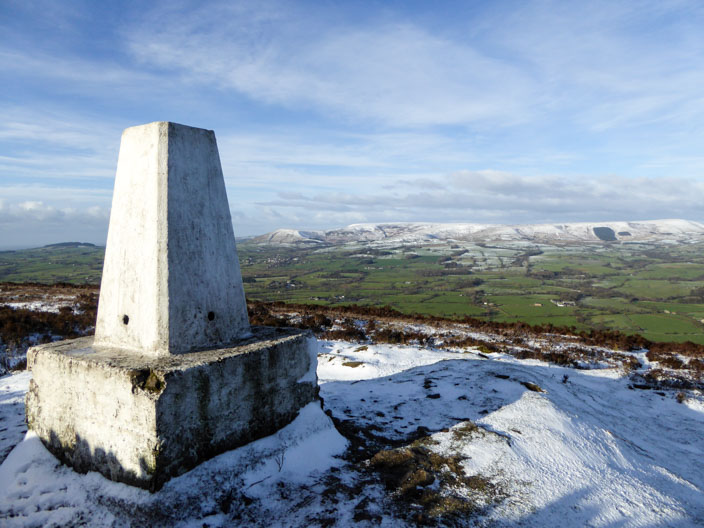 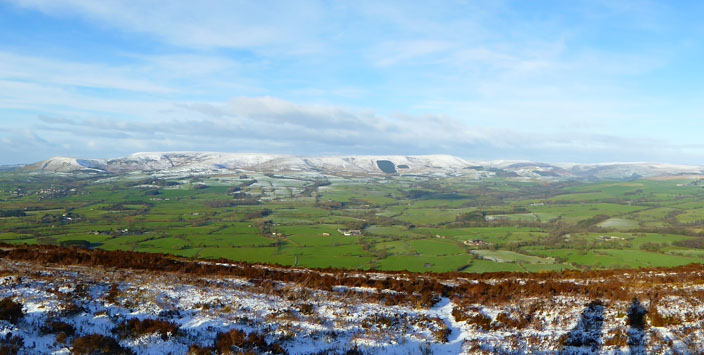 with great views of the Chipping Fells 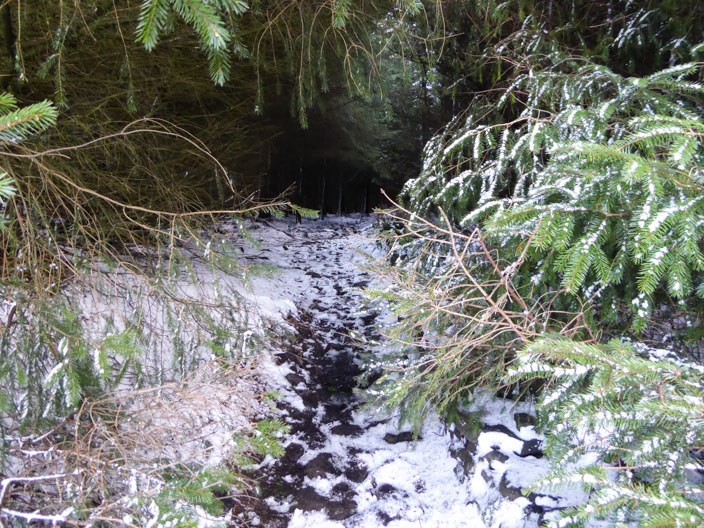 the pine trees look quite festive with their dusting of snow . . . 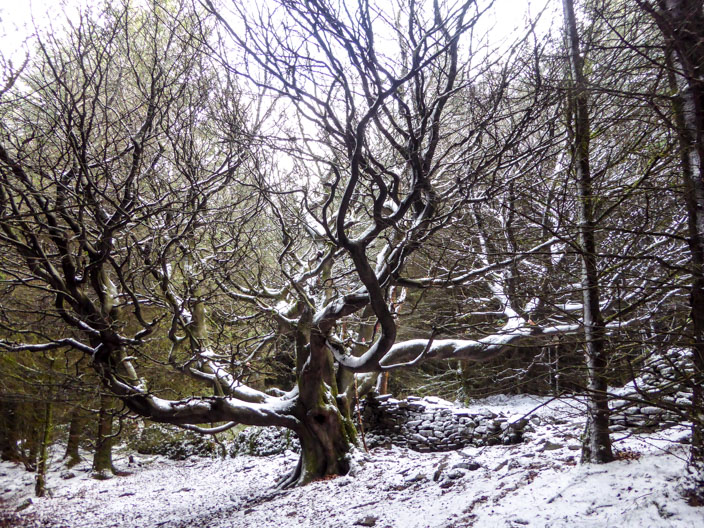 and a lone deciduous tree stands proud in their midst 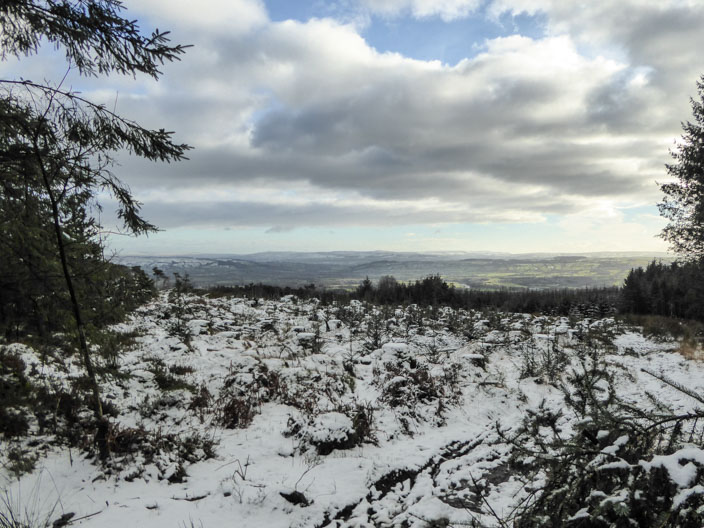 Some areas of Longridge Fell . . . 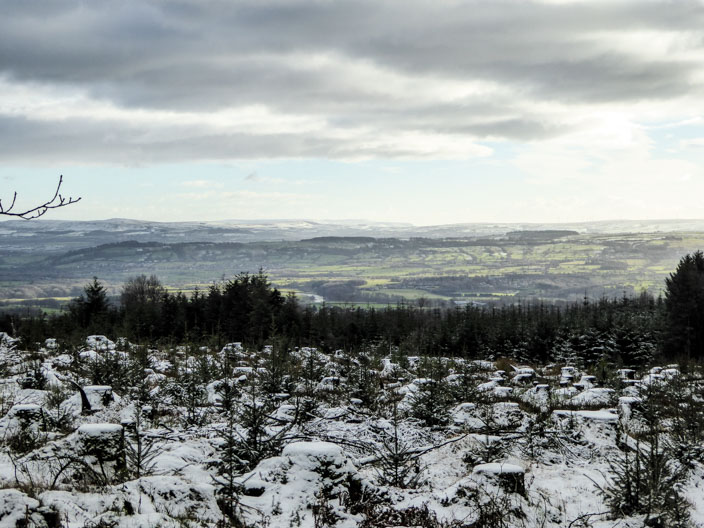 have been cleared down to the stumps . . . 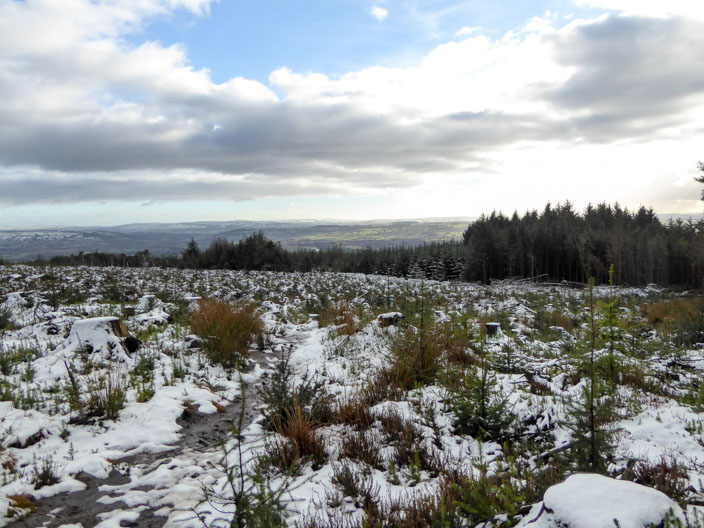 and there are signs of new growth 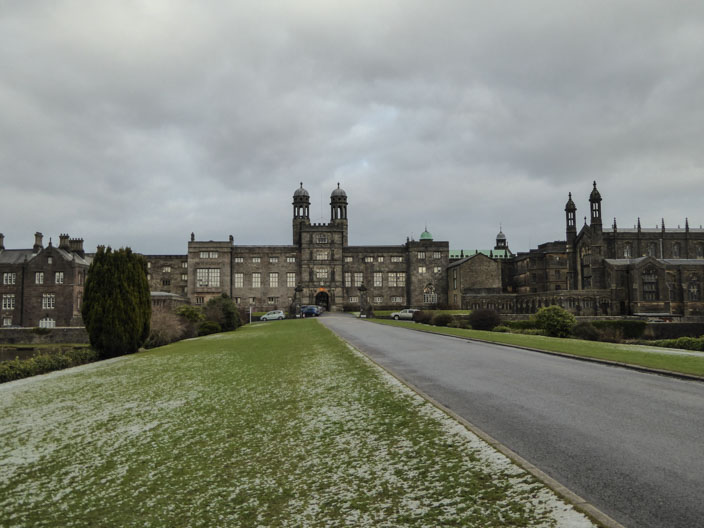 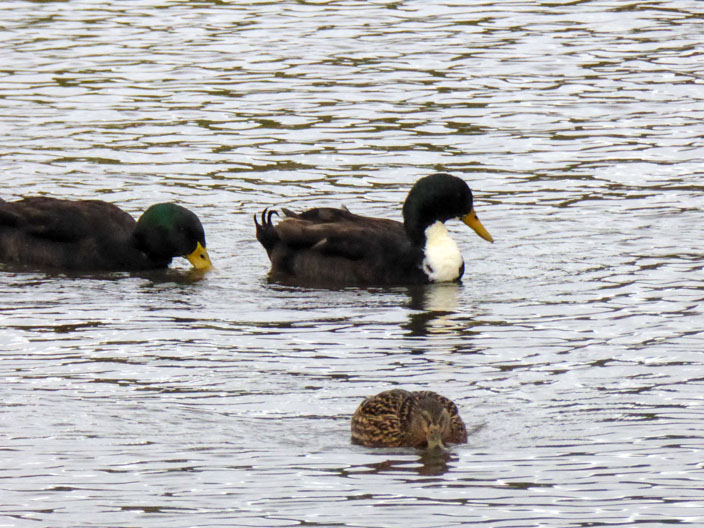 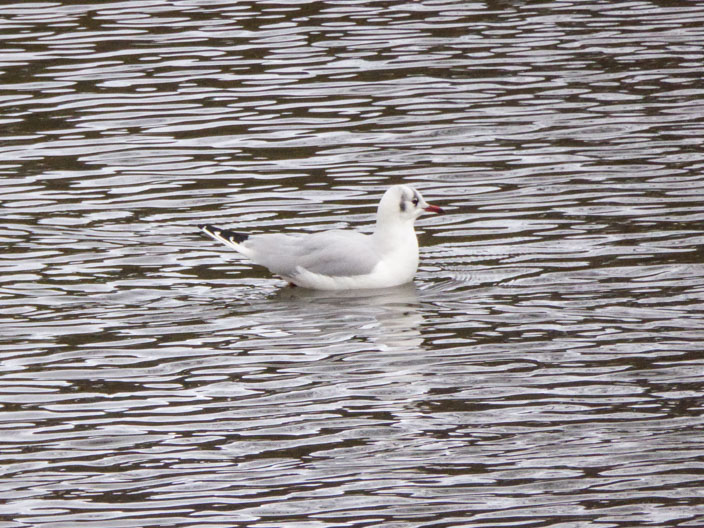