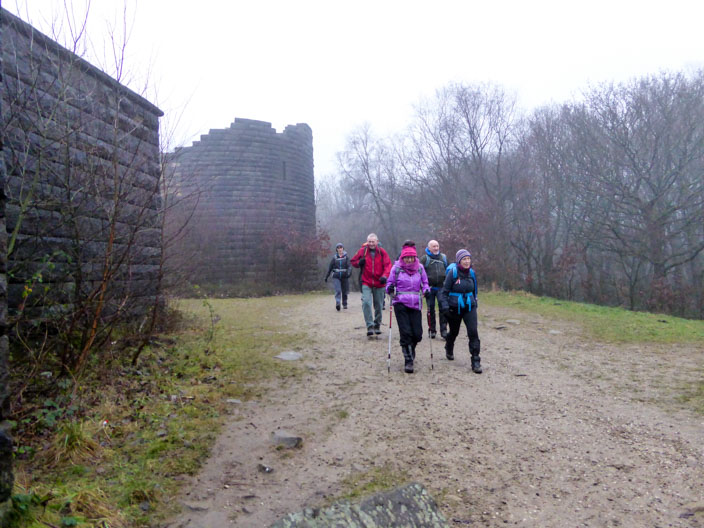 The 'Peleton' approaches The Castle . . . 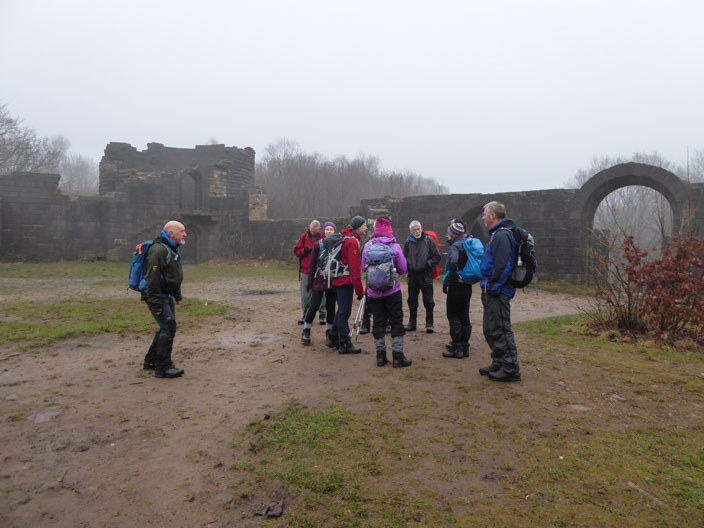 where the group gathers to discuss its origins, built as a folly - a replica of the original built in Liverpool. 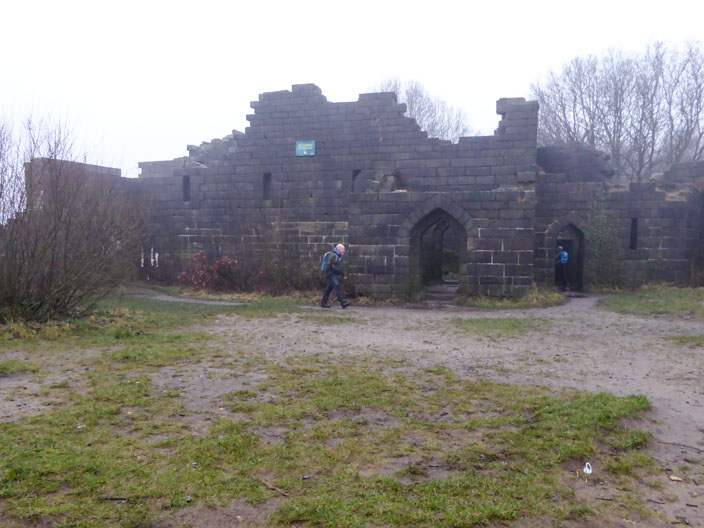 It was commissioned in 1912 by William Hesketh Lever (Lord Leverhulme)and was meant to look like a ruin that had stood for years. 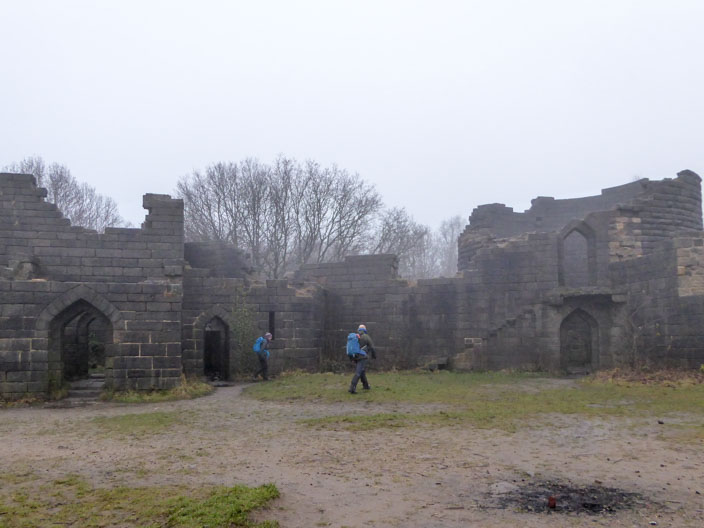 Construction work ceased when Lever died in 1925 and the castle never reached the stage of completion he had envisaged. 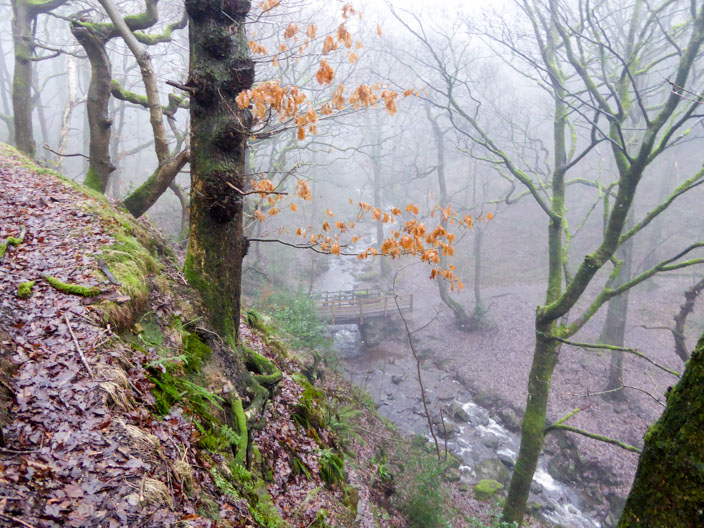 A bridge over the River Douglas . . . 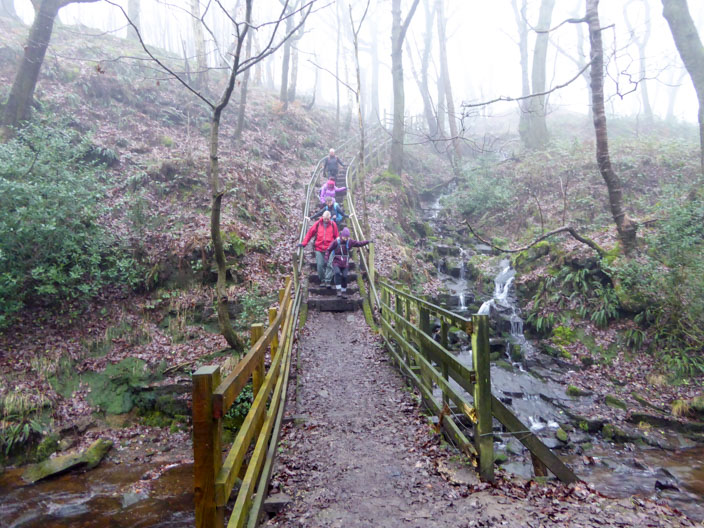 is reached by a quite a few steps. 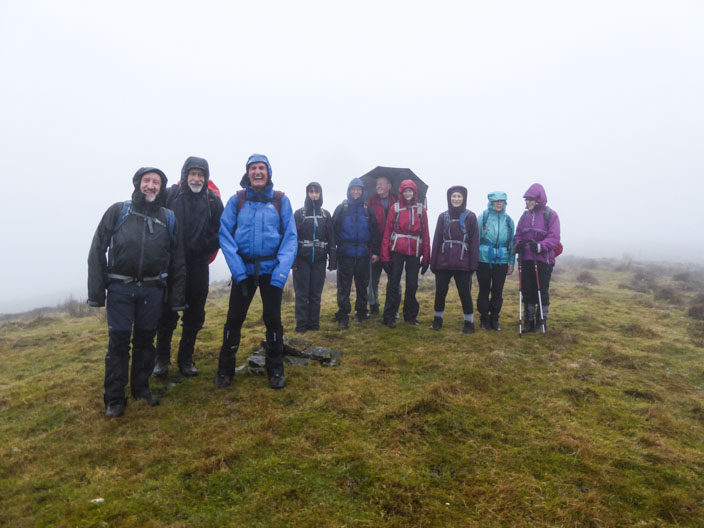 No views on Adam Hill 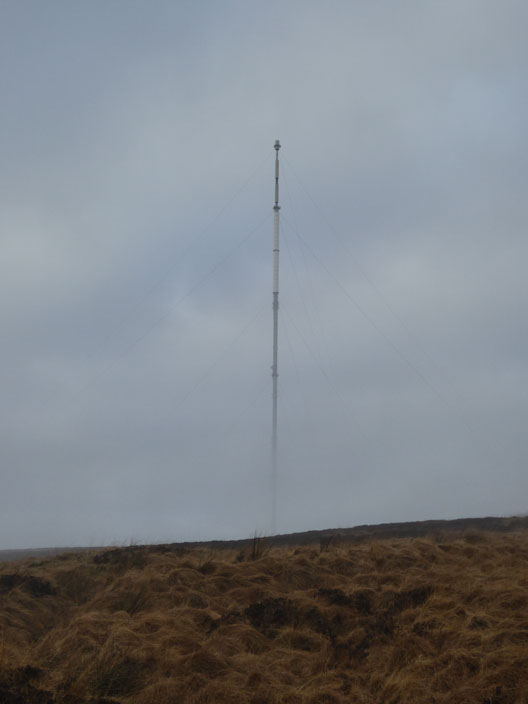 The main mast emerges from the mist as we cross
Smithills Moor . . .

but it's not going to last! 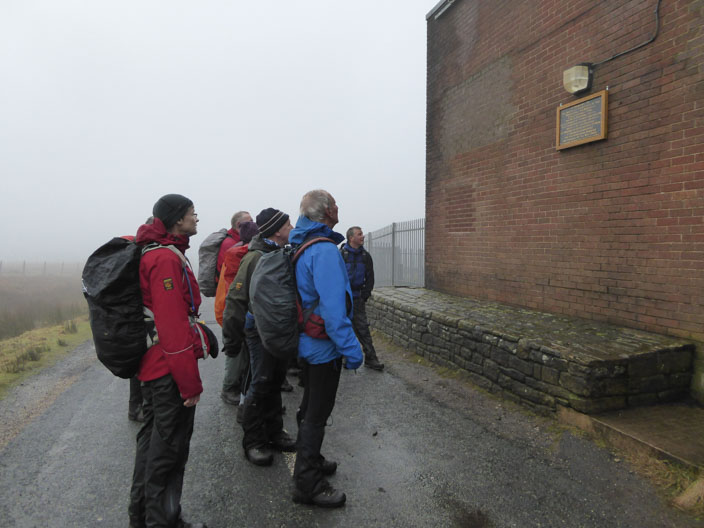 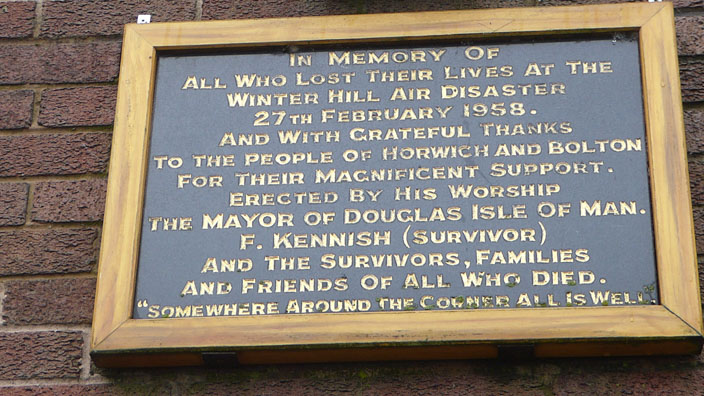 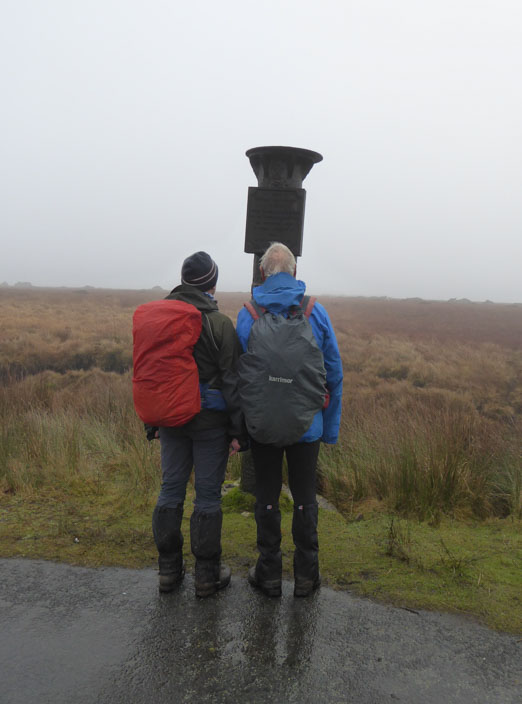 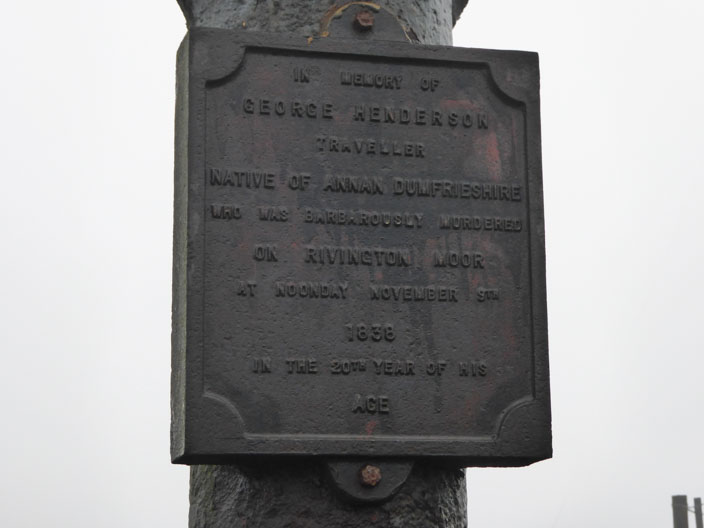 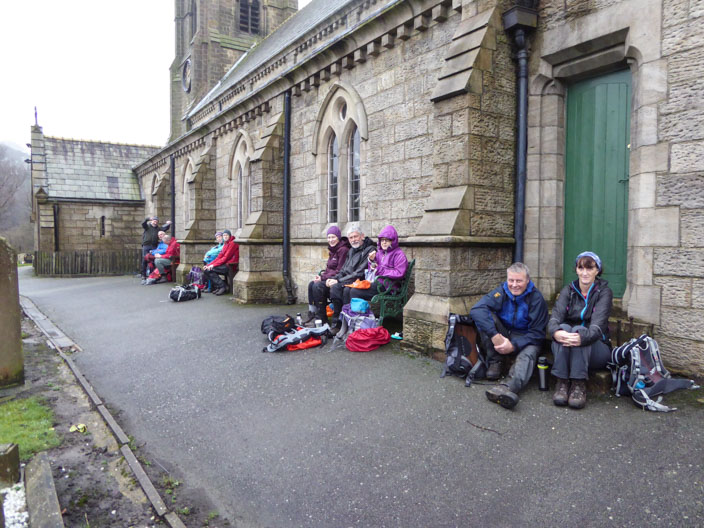 St Peter's Church, Belmont is the perfect spot for lunch 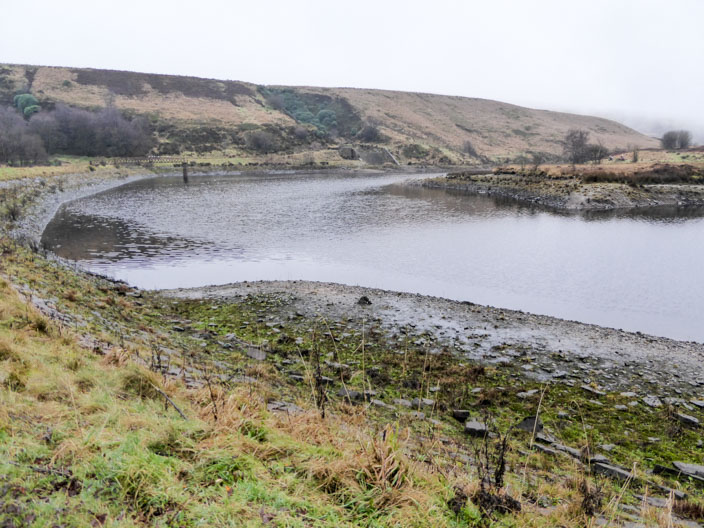 Ward's Reservoir, locally known as 'The Blue Lagoon', was drained in 2010 due to fears for it’s safety with regard to dangerous flood water levels in the future . . . 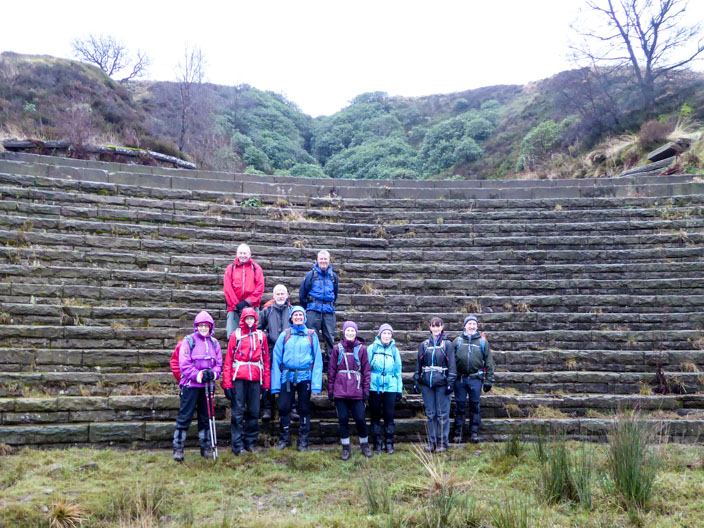 so the group gathers where the inflow would have been 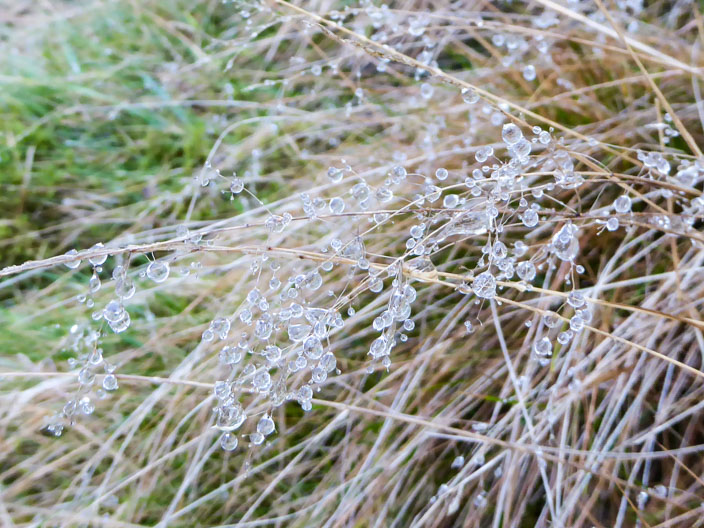 Crossing Winter Hill Flats the mist has left its mark . . . 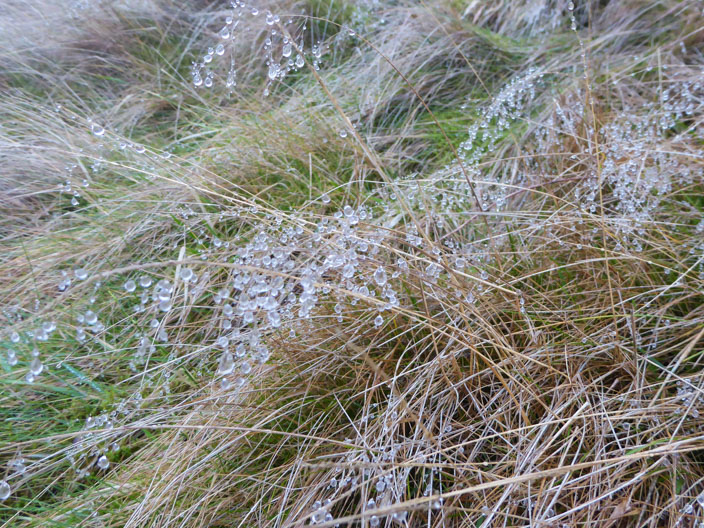 as jewels on the grass