Whalley viaduct can just be seen from the bridge . . .

but the opposite side is more picturesque 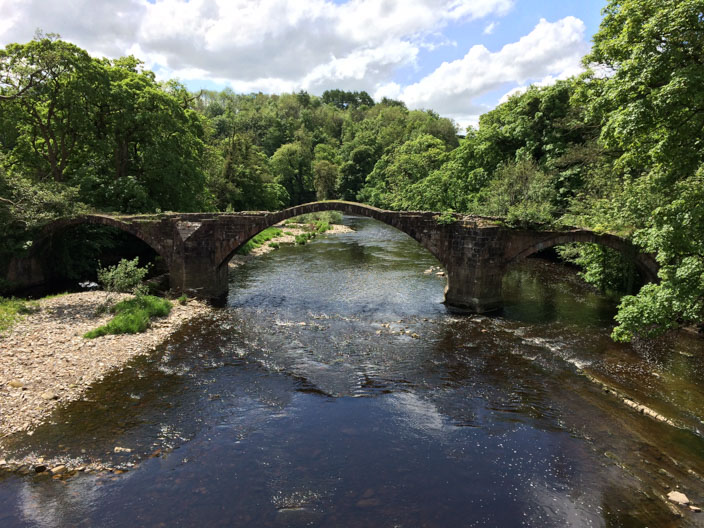 No longer in use, Cromwell's Bridge once carried a packhorse trail over the River Hodder,
about a mile from its confluence with the Ribble. It earned its name after Oliver Cromwell's parliamentary army crossed the bridge on their way from Gisburn to where they fought the King's men in the Battle of Preston. It was a little over 2m wide and had low parapets
so as not to impede the progress of packhorses with large panniers crossing it. 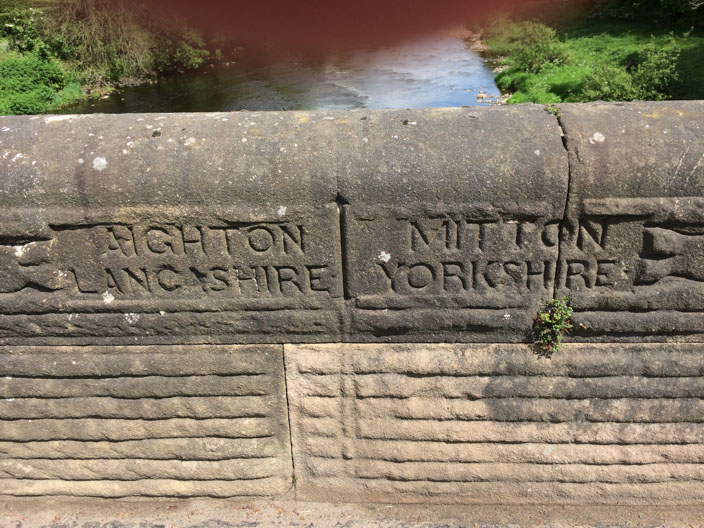 This crossing point is still used today — Cromwell's Bridge has been replaced by the Lower Hodder Bridge of 1819, which is a little upstream of this site. It marks the historical county boundary between Lancashire and the West Riding of Yorkshire 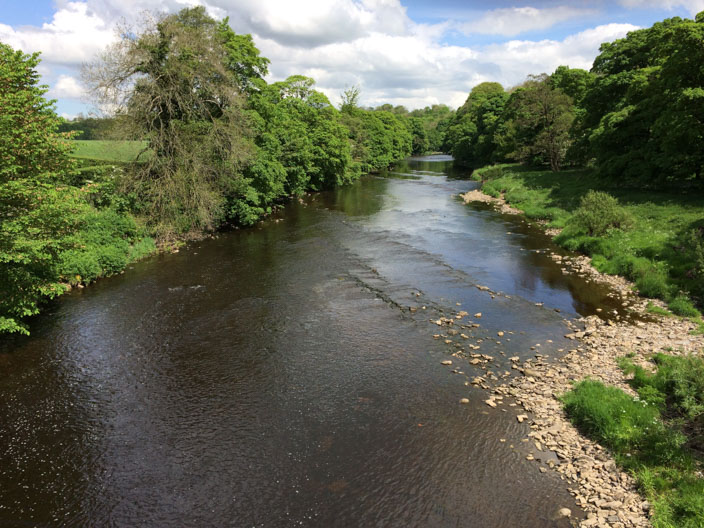 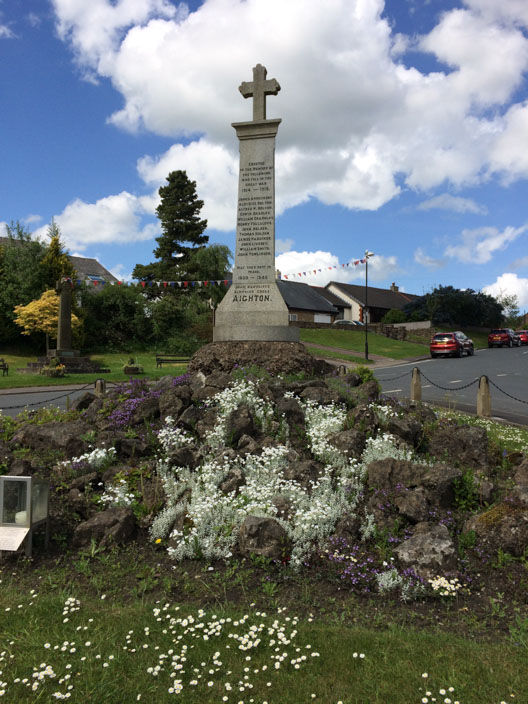