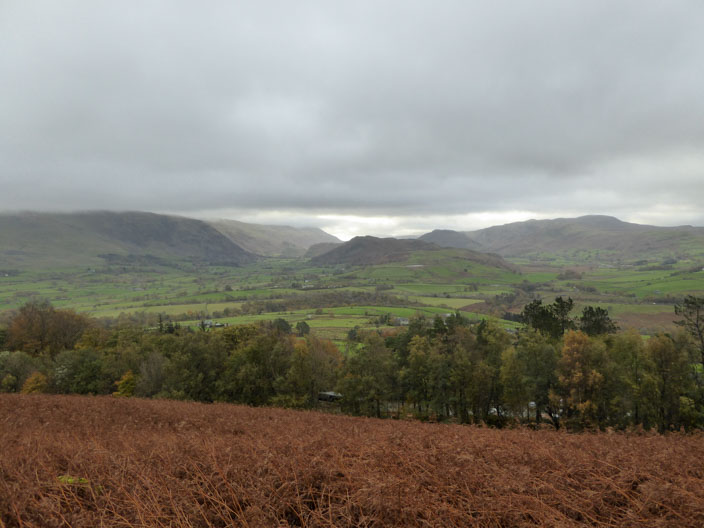 Looking south with the Helvellyn ridge covered in low cloud 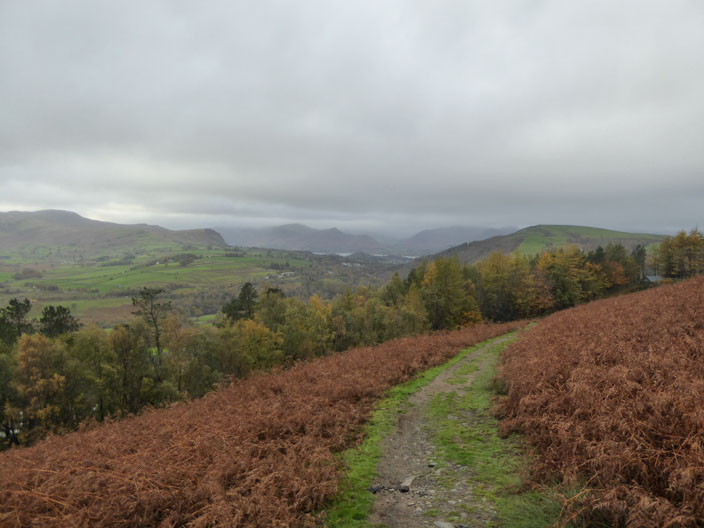 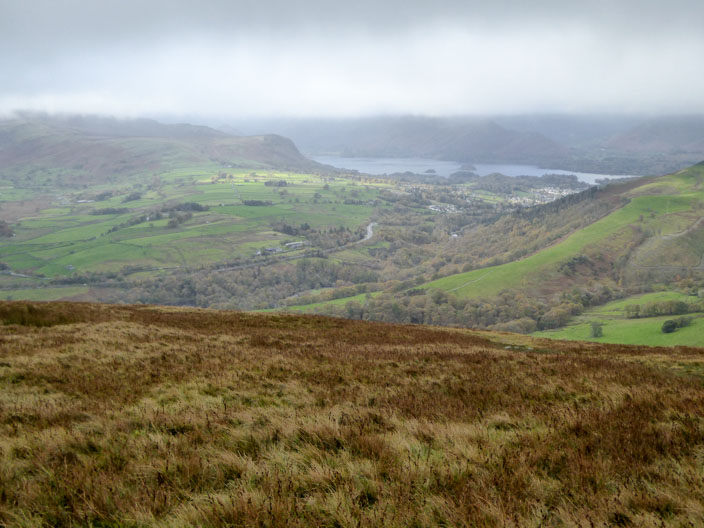 but can be seen better from a higher point 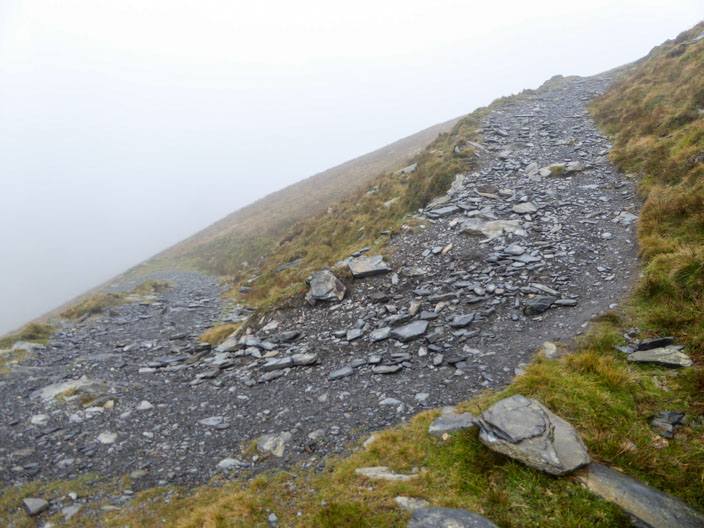 Zig zags make the steep part of the climb a litle easier! 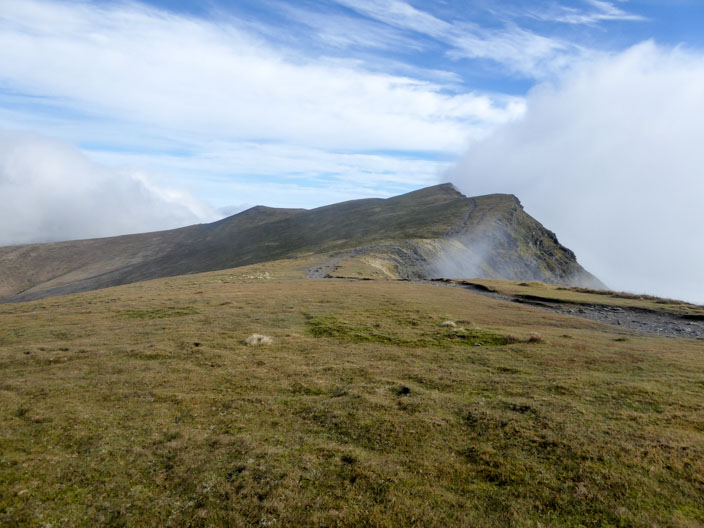 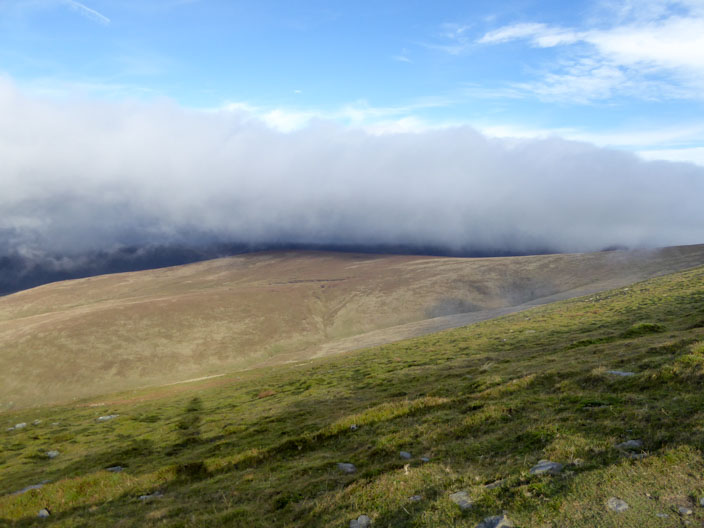 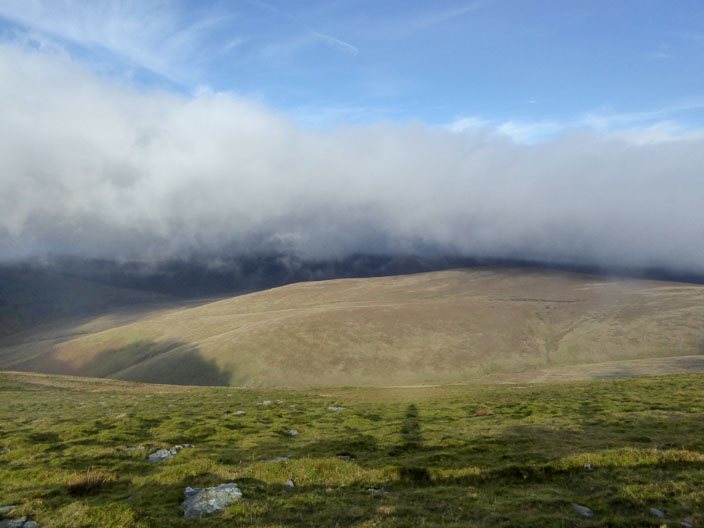 low cloud covers the fells I was walking on yesterday 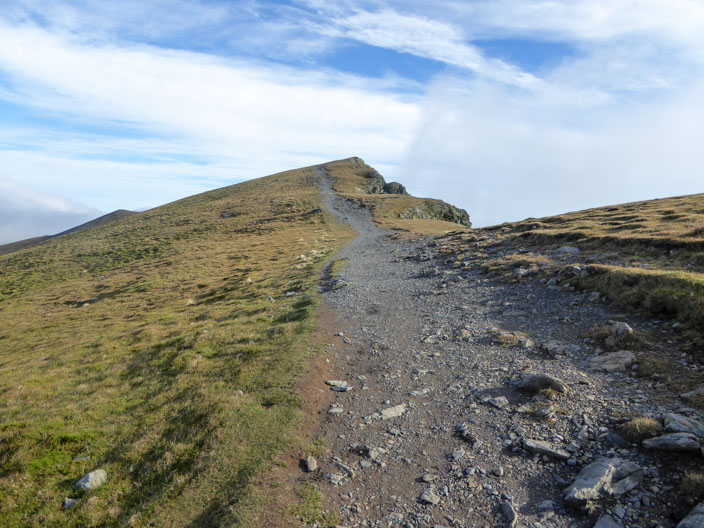 The path undulates along the ridge . . . 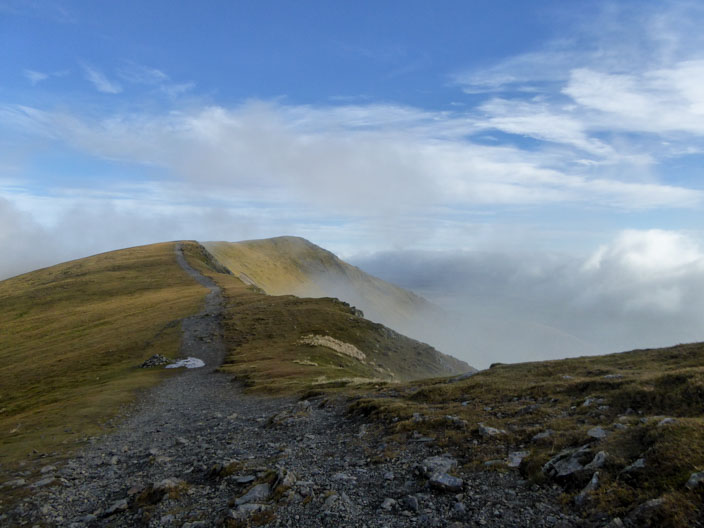 as another sunny spell means another photo opportunity 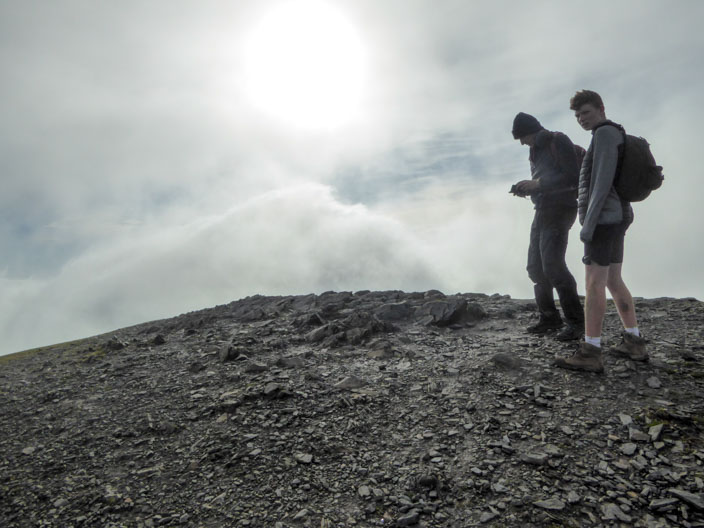 On Hall's Fell Top two guys take a photo of the summit marker . . . 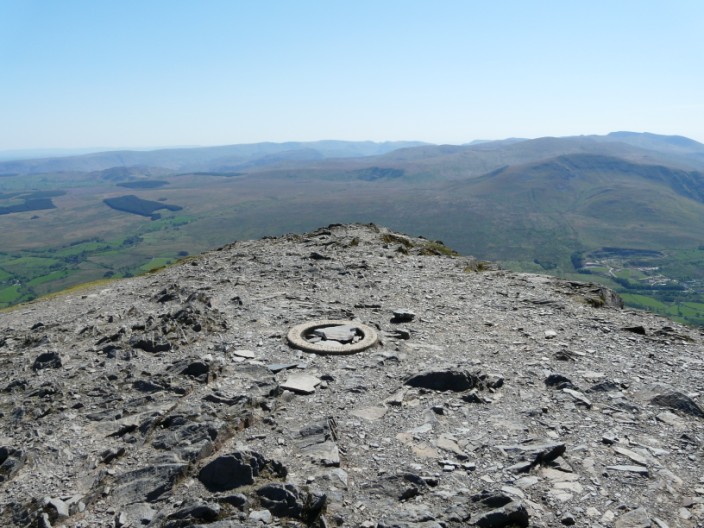 seen here on a previous walk. Strong winds kept me away today 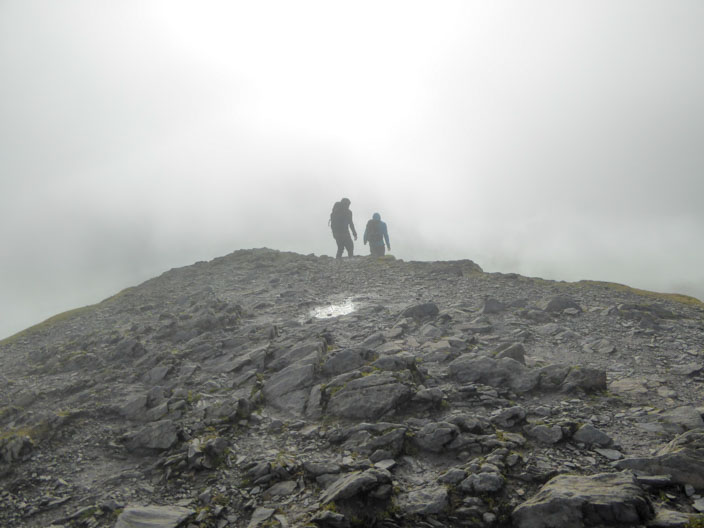 Two walkers disappear into the mist to descend by Hall's Fell ridge -
and I can barely stay upright!! 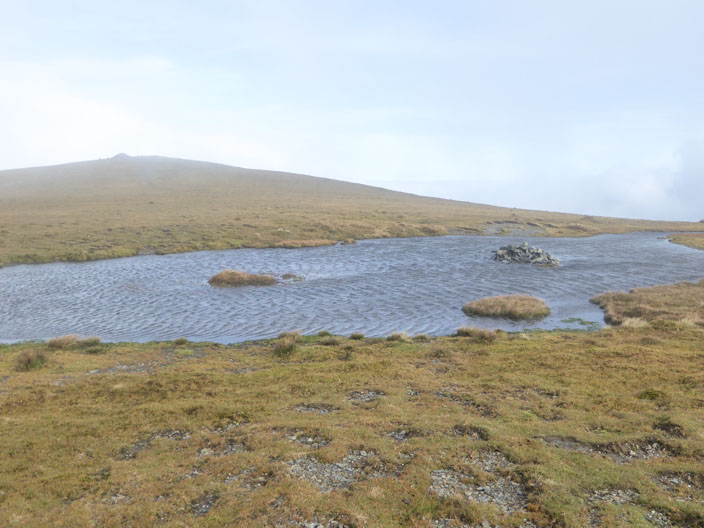 Taking the direct route to Atkinson Pike I pass a tarn . . . 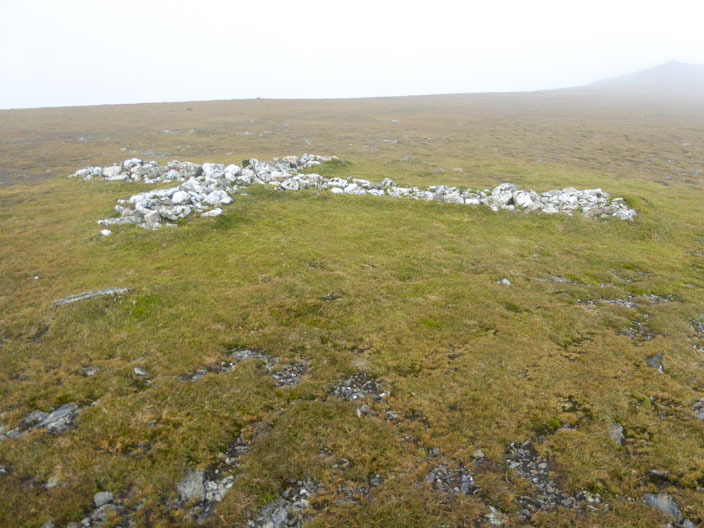 and the memorial cross 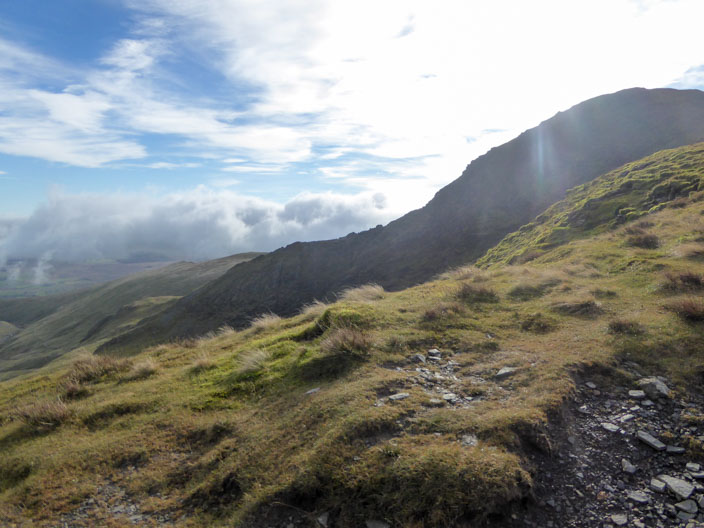 Sharp Edge - someone was climbing it even in the strong wind!
I was later told that the Edge was in the lee of the mountain. 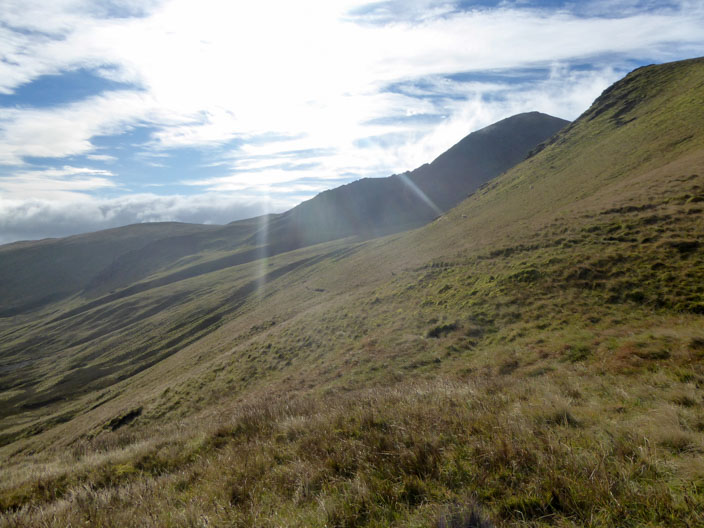 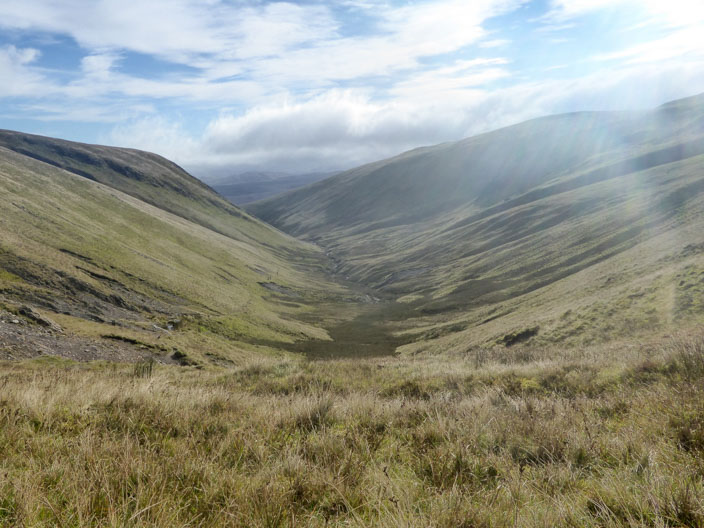 The early stages of River Glenderamackin . . . 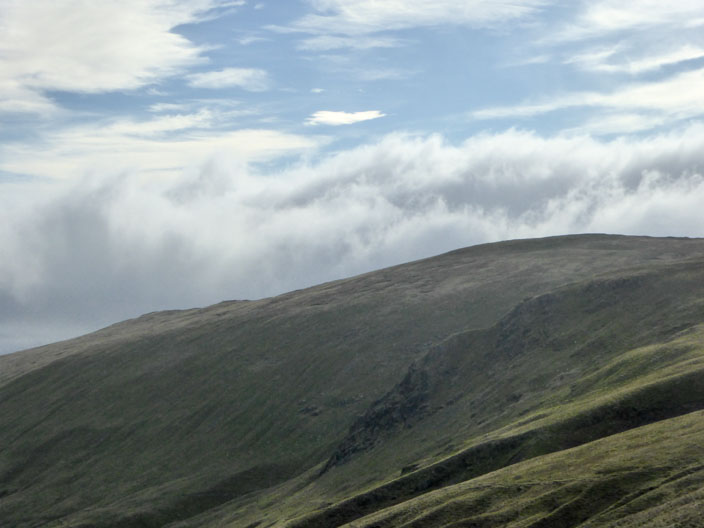 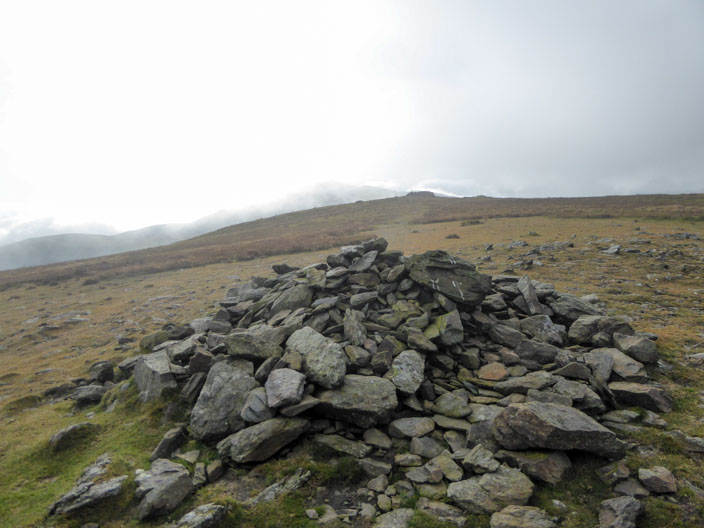 The cairn on Bowscale Fell looks up to the summit shelter . . . 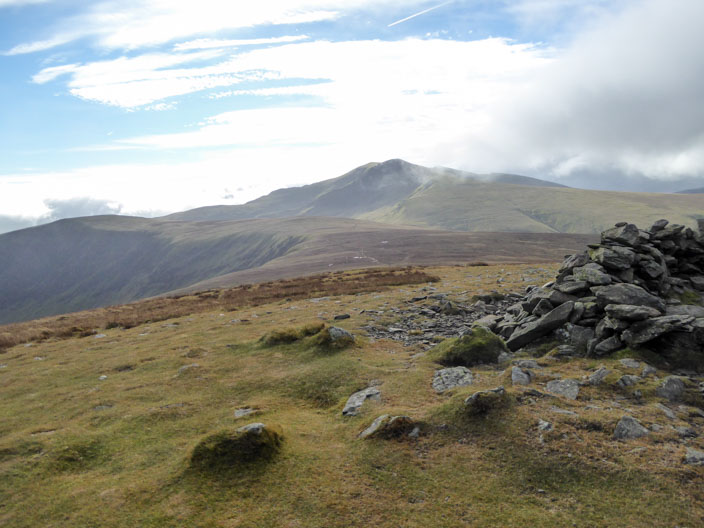 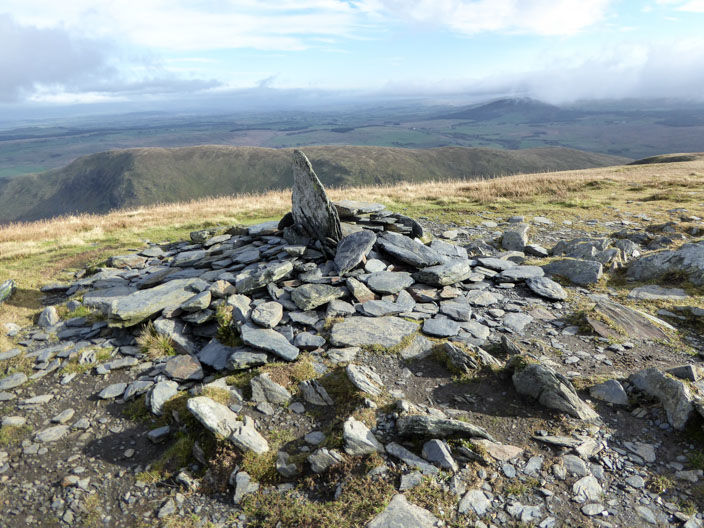 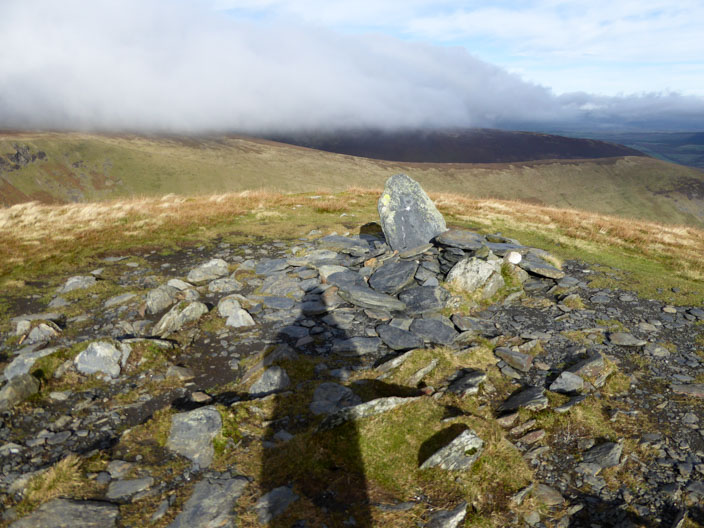 and back to Bowscale Fell now covered in low cloud 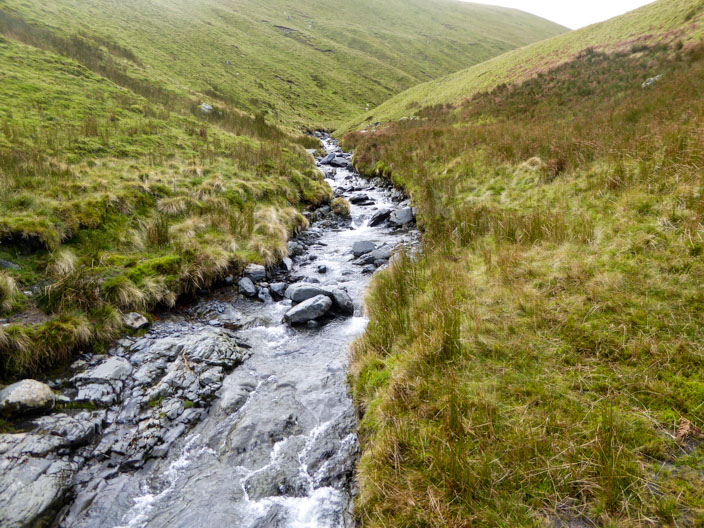 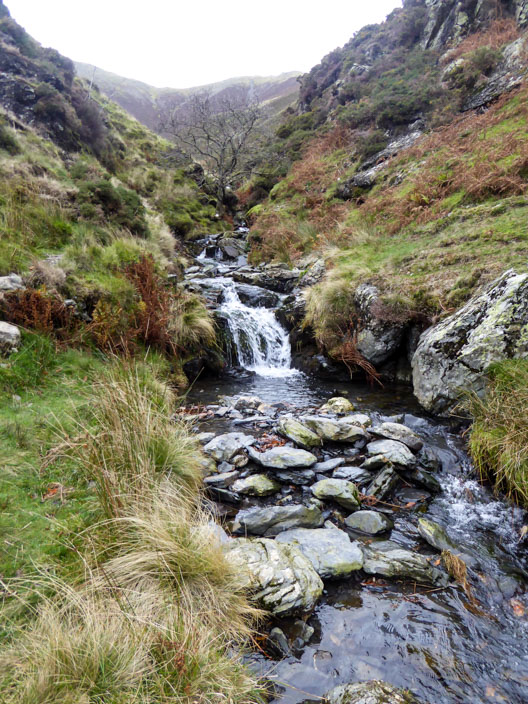 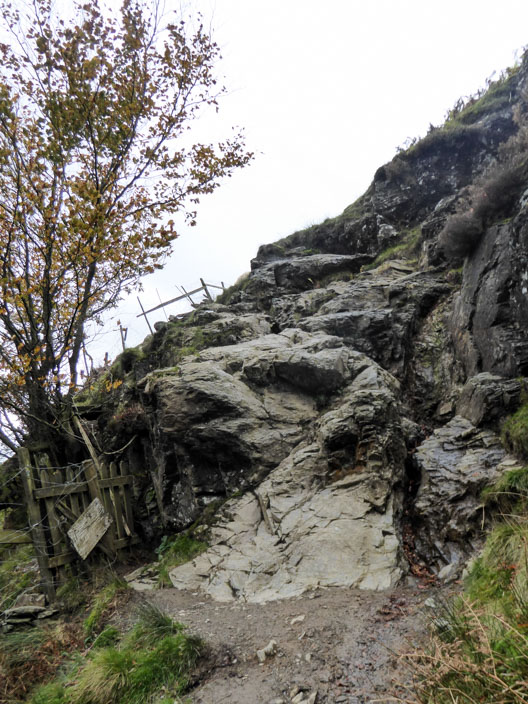 this is followed by a steep scramble!! 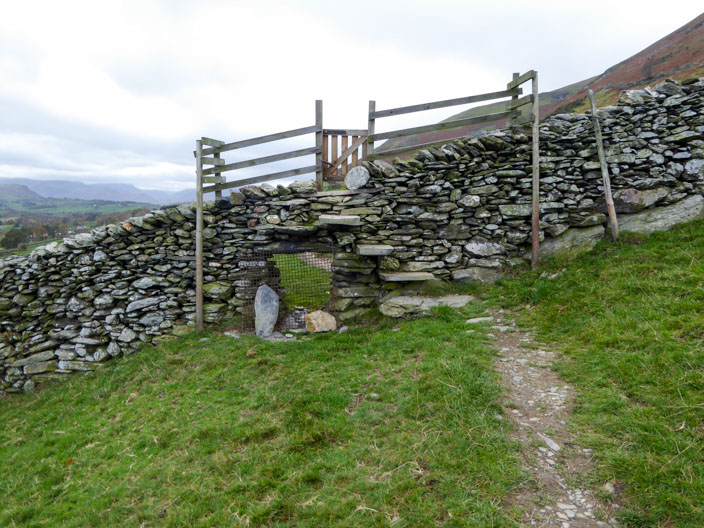 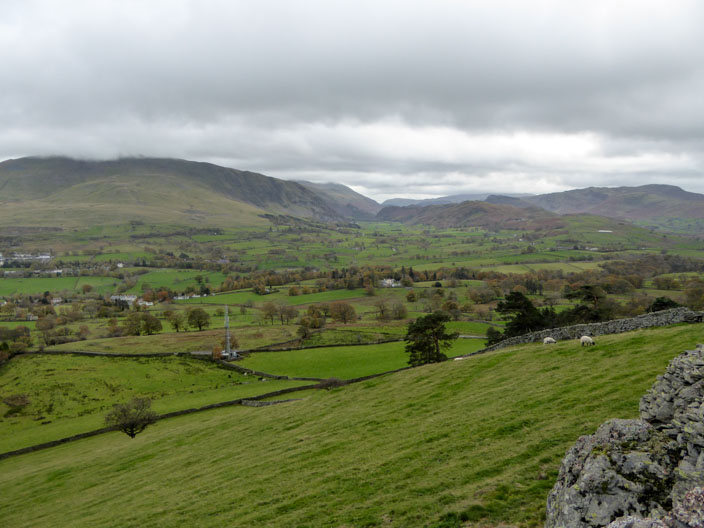 From a lower point this view is similar to me first one, the cloud now sitting at a higher level