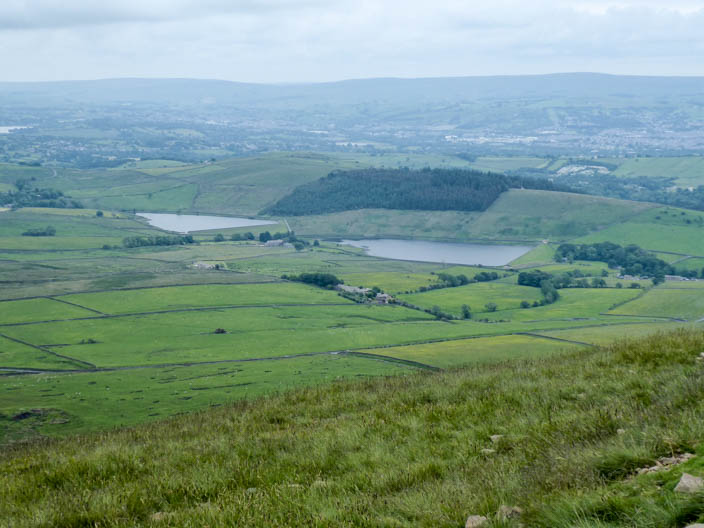 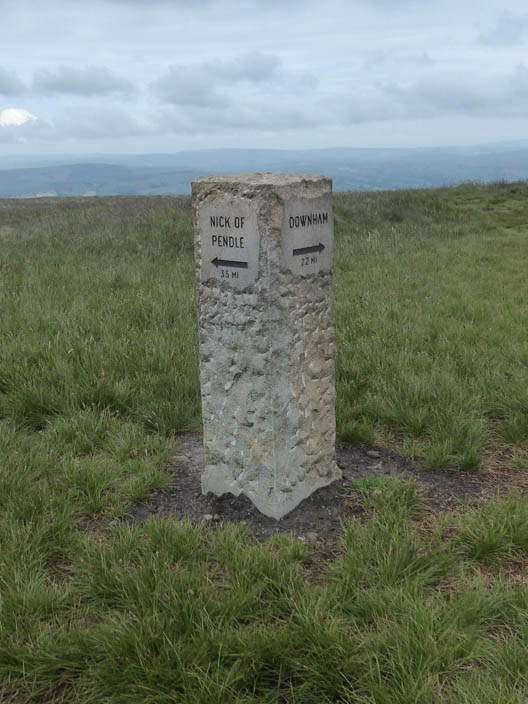 Unusually no-one at the trig point . . . 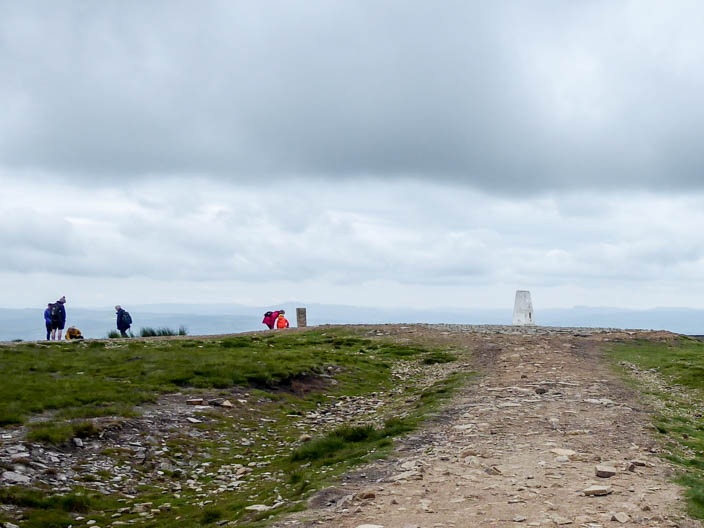 but they're not far away 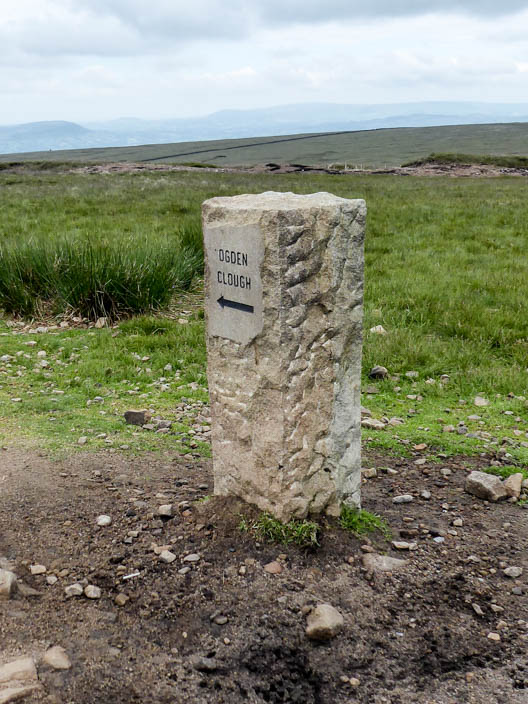 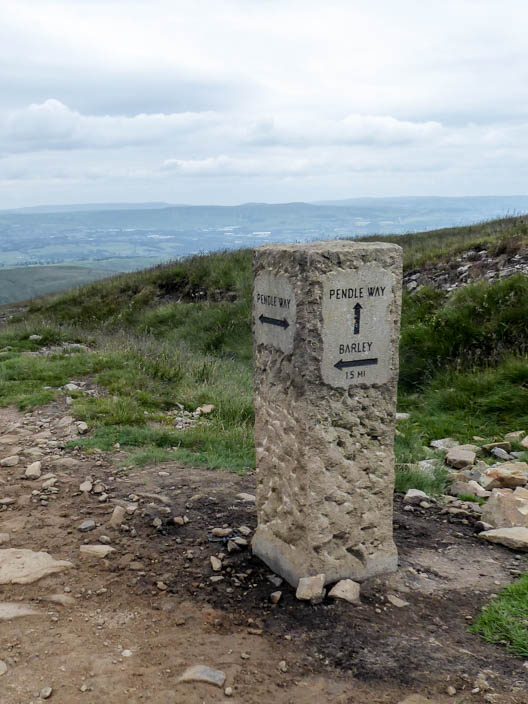 followed by a third one 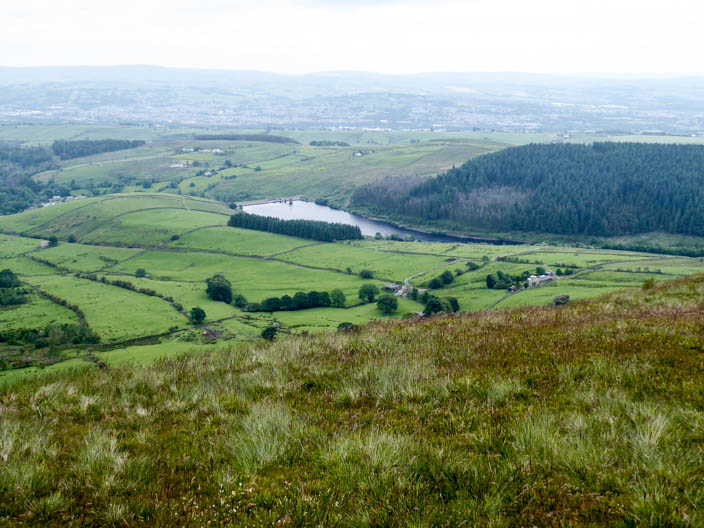 Lower Ogden reservoir with Fell Wood to the right 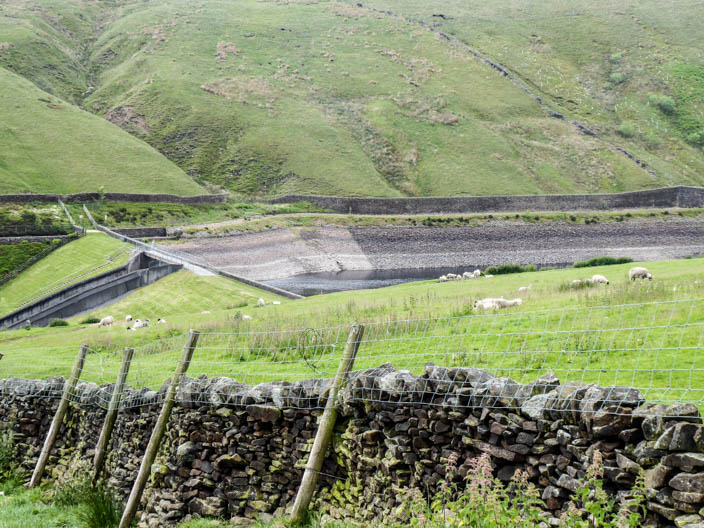 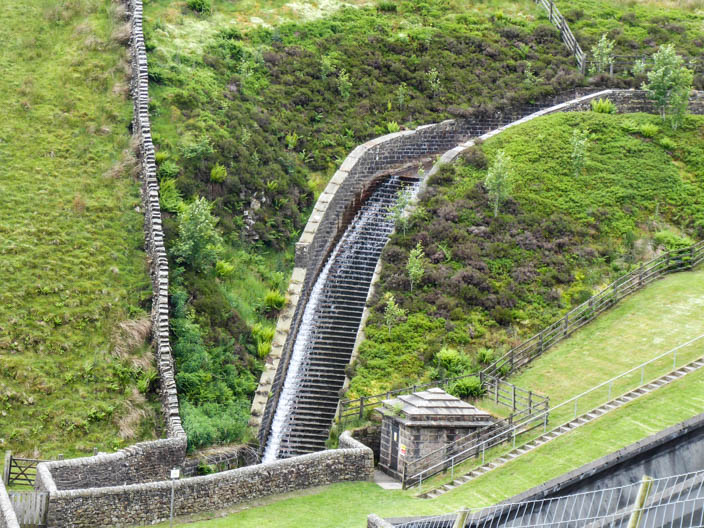 but there is still some water running down the outflow 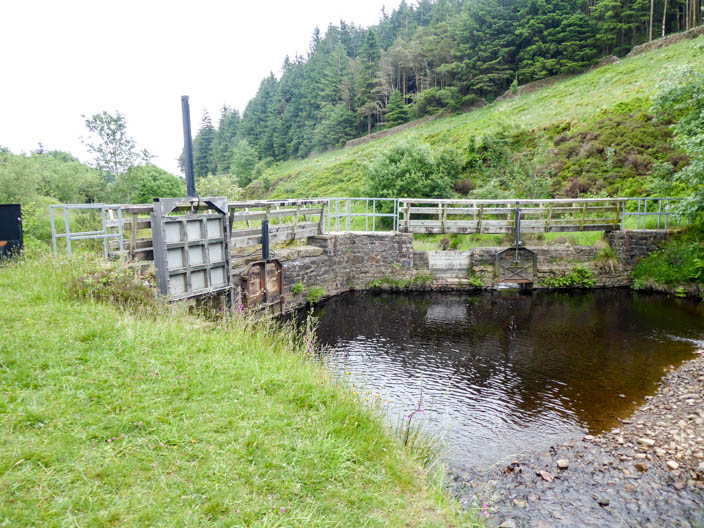 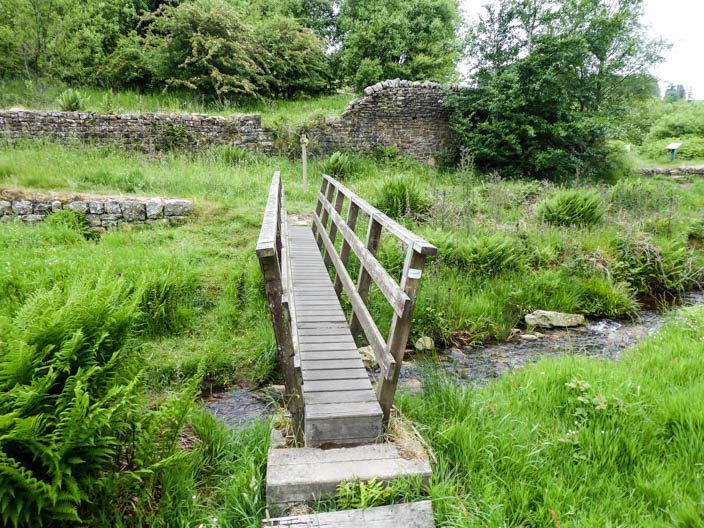 Further along the path a footbridge leads across to Fell Wood 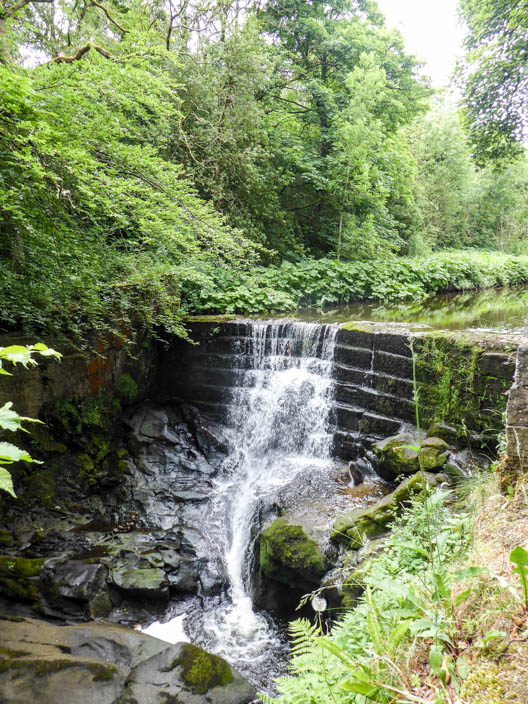 An interesting weir on the way to Roughlee . . . 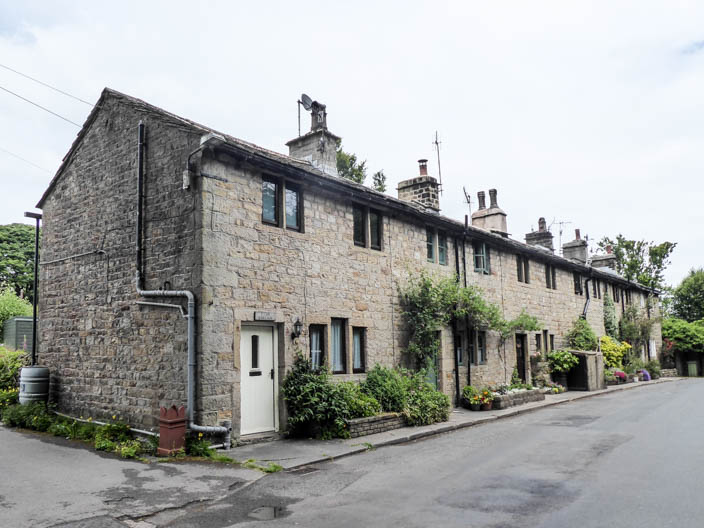 where I pass some pretty cottages 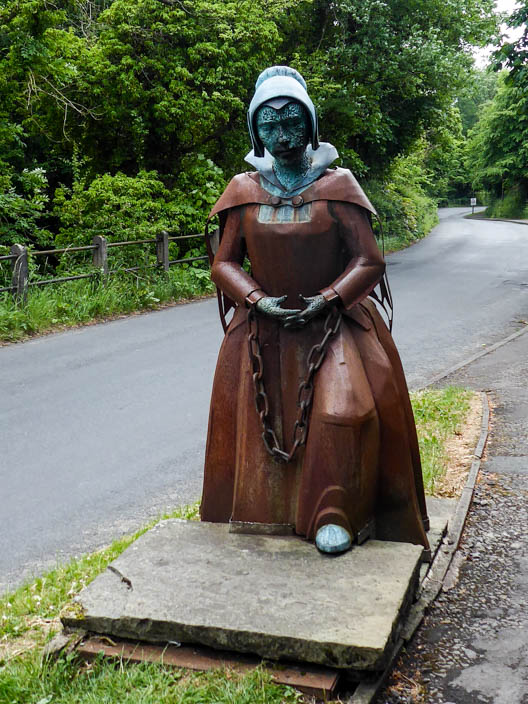 Unlike many accused of witchcraft, Alice Nutter was a member of a wealthy family who owned land in Pendle.

She was accused of being present at a witch meeting on Good Friday in 1612 and of later causing the death of Henry Milton. Her principal accuser was a nine-year-old girl. Nutter protested her innocence although others pleaded guilty.