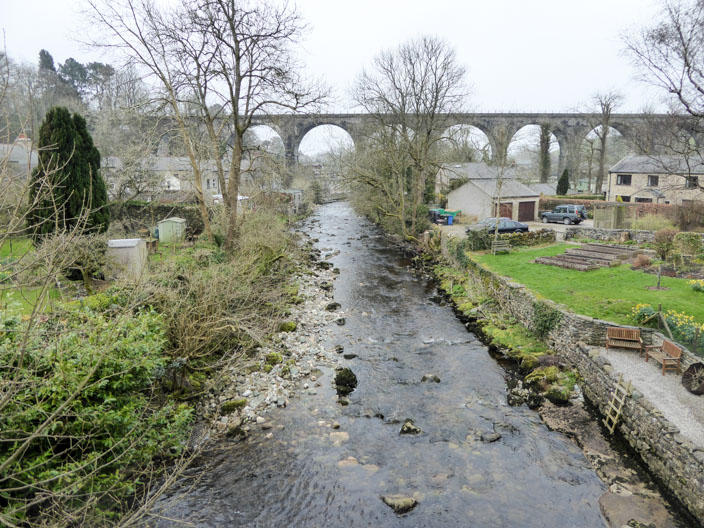 Crossing the bridge over the River Greta . . . 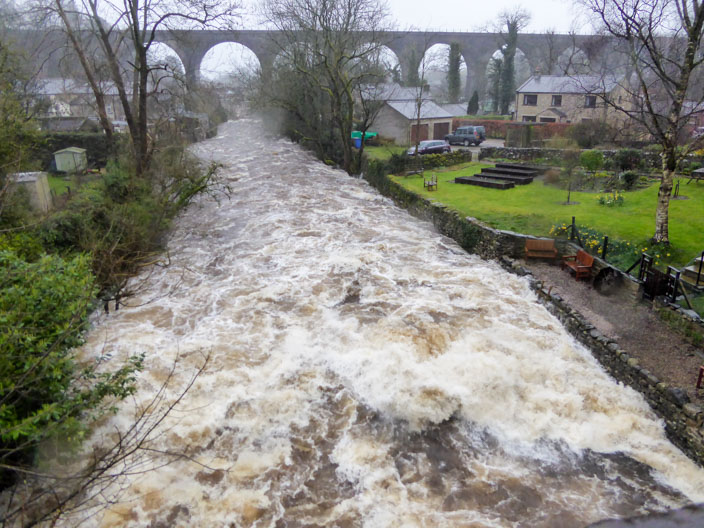 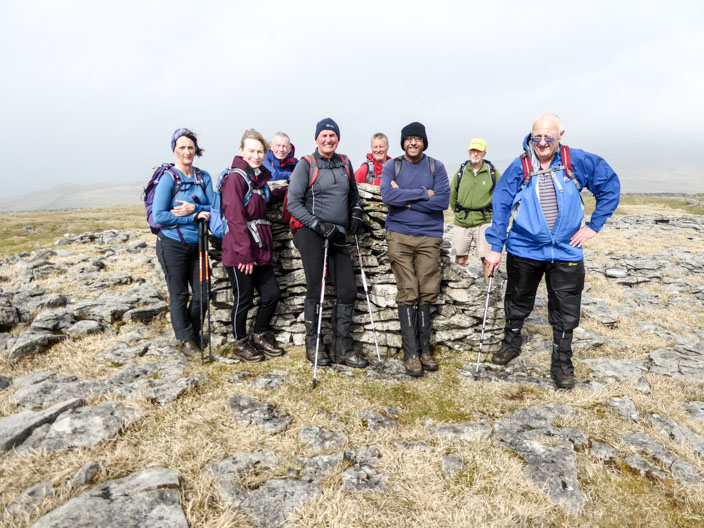 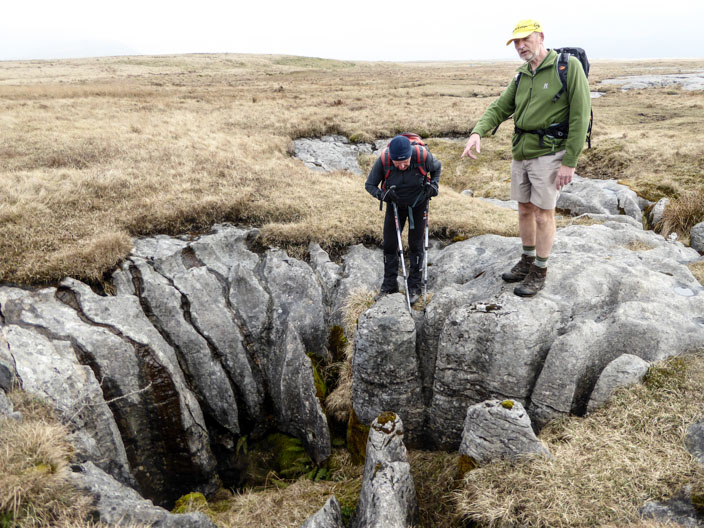 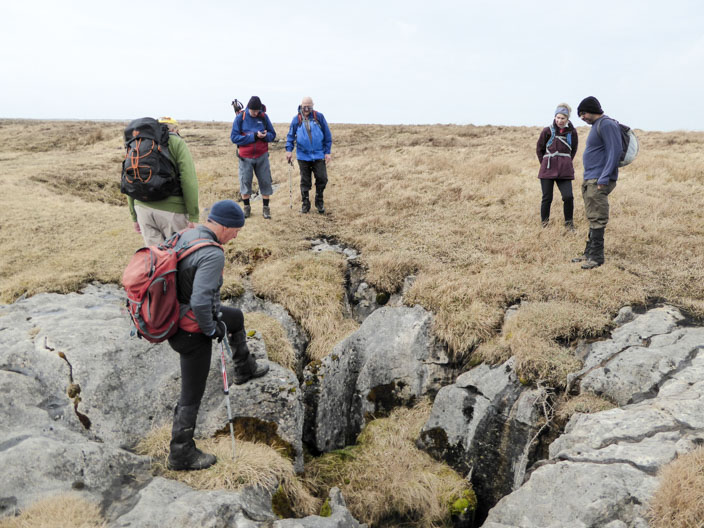 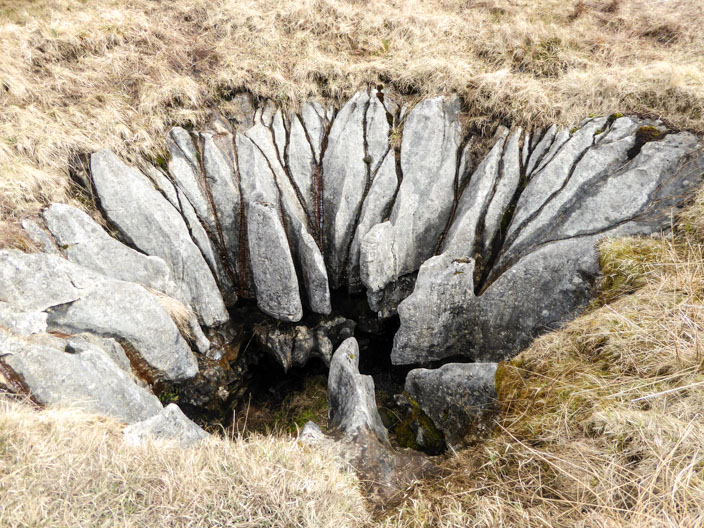 each one a jagged maw 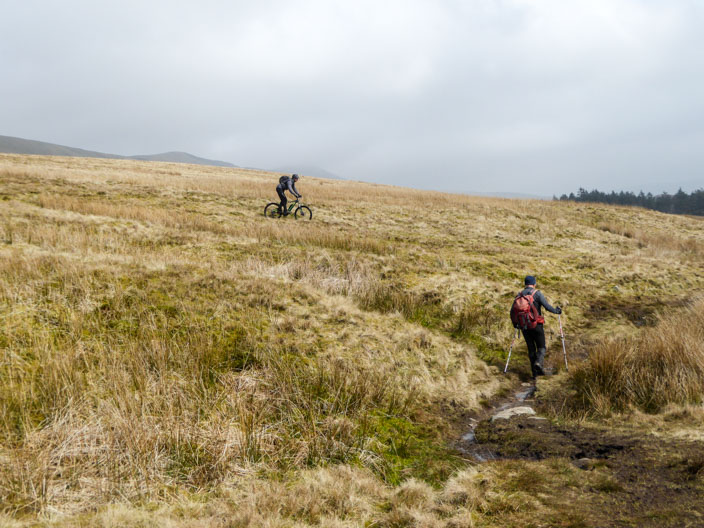 A couple of cyclists soon leave us behind 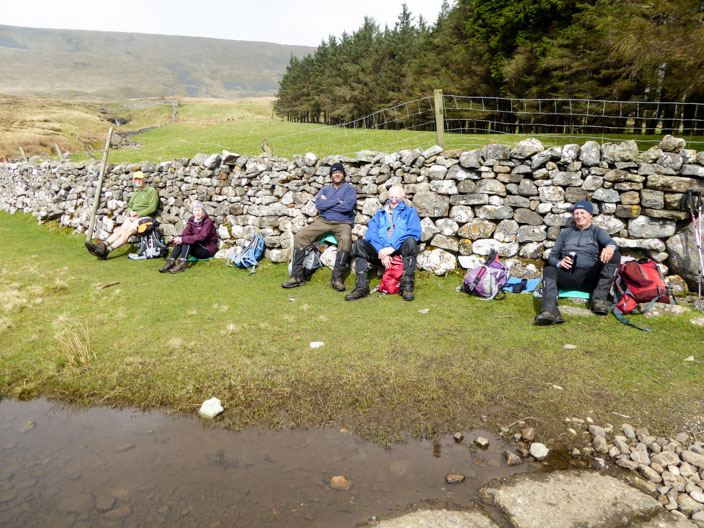 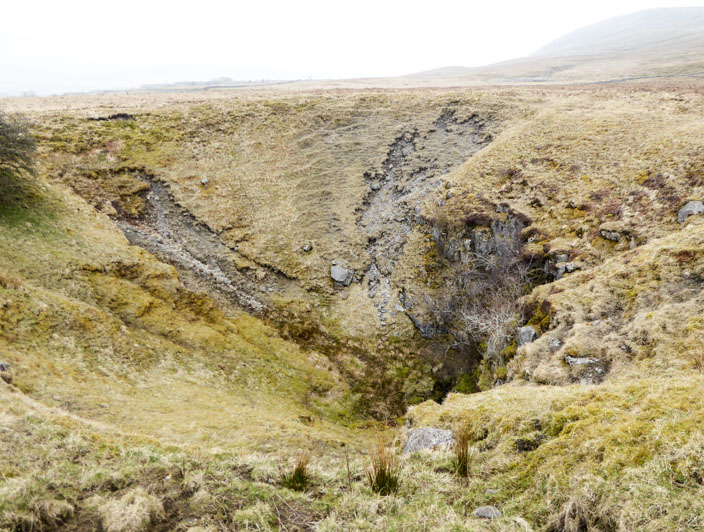 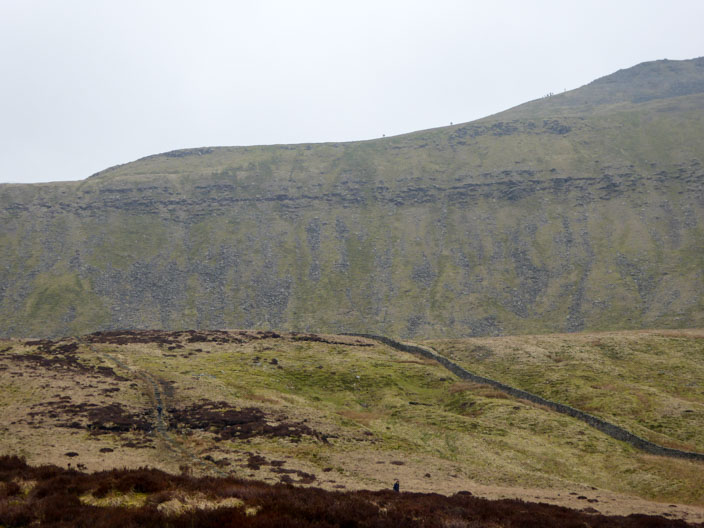 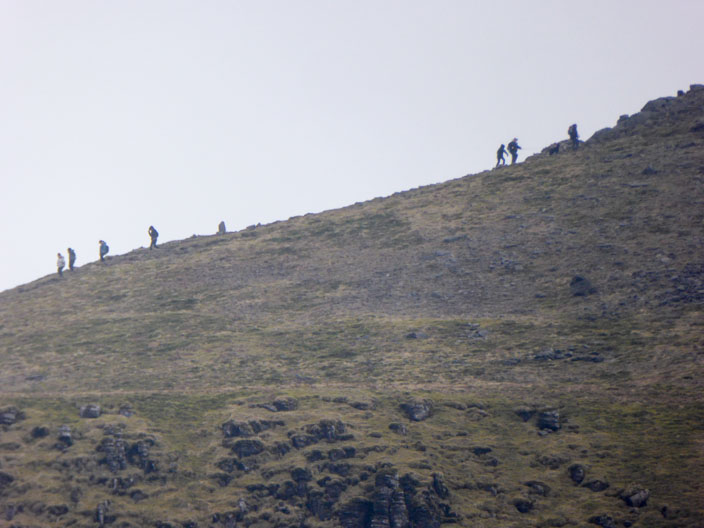 or down from the summit plateau 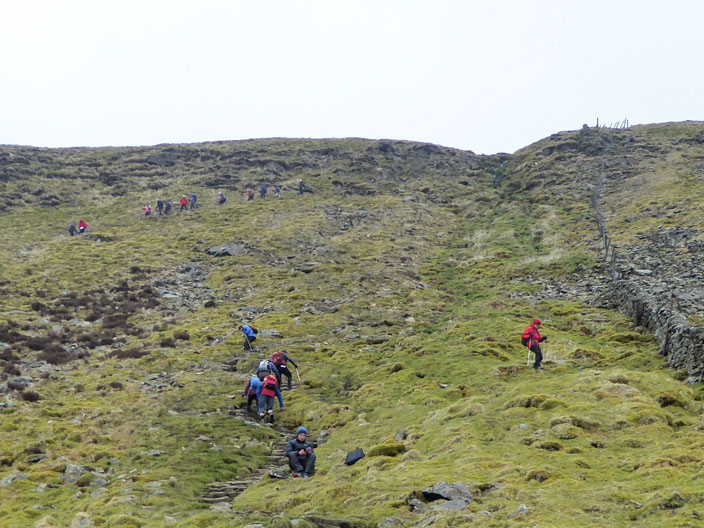 Looks an easy climb, but it rises 3 feet in every 2 feet! 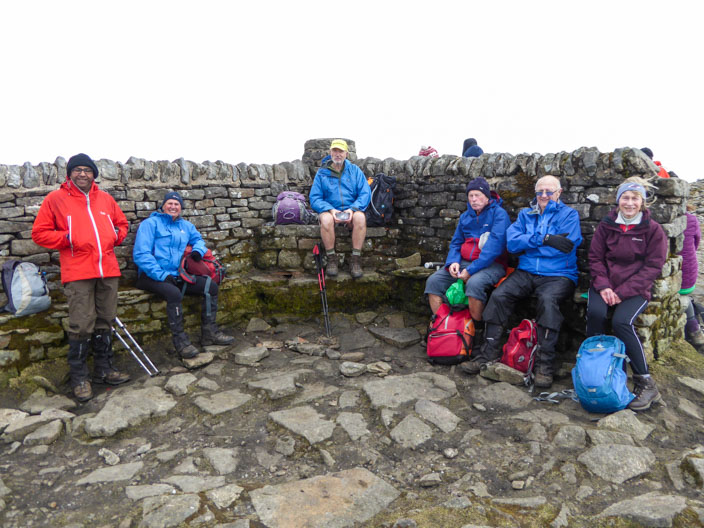 The cross-wall wind shelter is equipped in its centre with a detailed view indicator erected by Ingleton Fell Rescue Team in 1953 but which, being above eye level, may not be noticed. 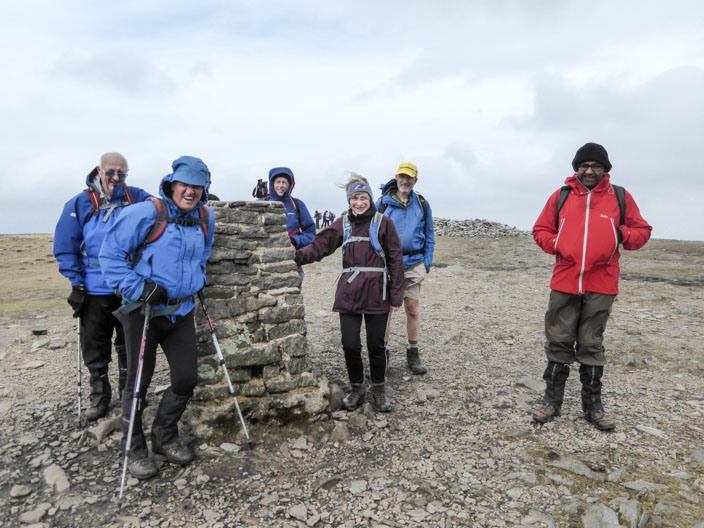 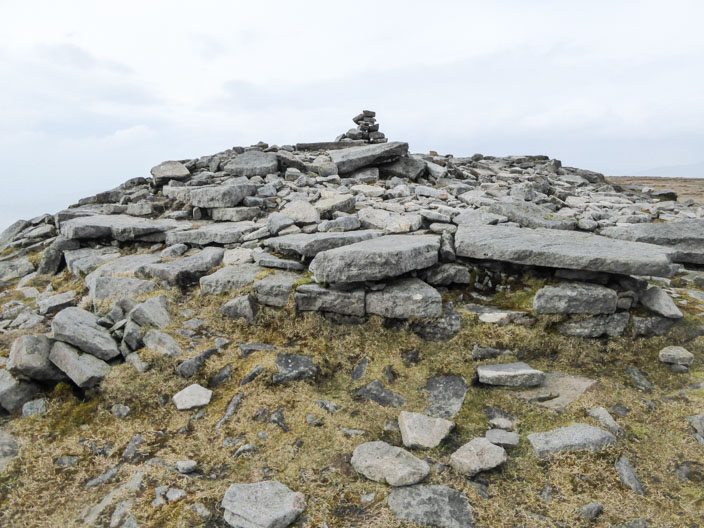 The large cairn sits where the Ingleton path reaches (or leaves) the summit. This is the site of the battlemented round tower (a hospice) built in 1830. Its opening ceremony became so alcoholic that parts of it were thrown down there and then, the rest being destroyed later. The curved stone of the base can still be seen. 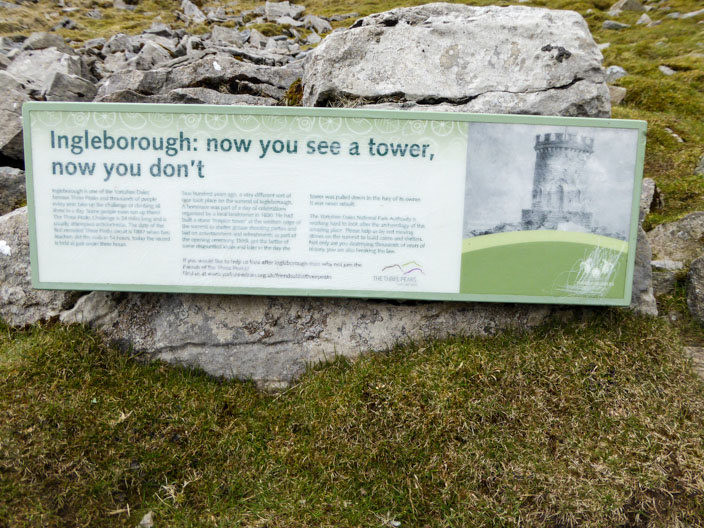 Zooming back to find John keeping Derek company on the descent