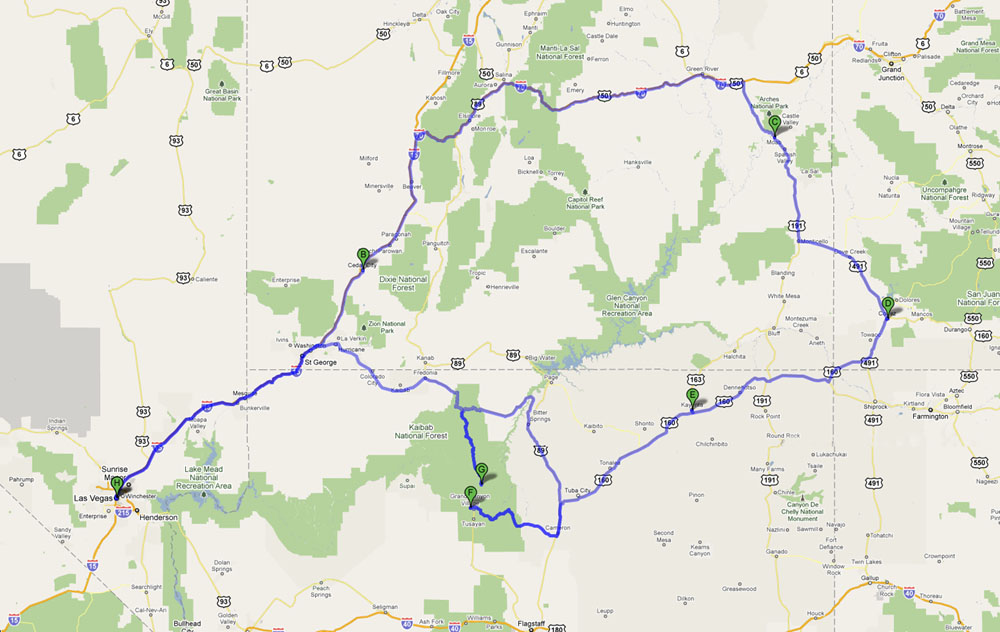 Landing in Las Vegas in the evening, our coach driver took us along 'The Strip' for a taste of what was to come. The only problem was - which way to turn to see all the spectacular sights. Julia, our leader, pointed out specific highlights but a fleeting glimpse - and they were gone! I knew The Stratosphere Hotel was BIG, even by American standards but, with a room right at the end of the corridor, perhaps we should have brought a snack to eat on the way!

However, this wasn't what we had come for. Las Vegas was just the beginning and the end. What was to come in-between was miles of spectacular views, walks in Canyons and National Parks, each one with its own character and spectacular scenery. AND, to top it all off - a walk down to the bottom of the Grand Canyon to stay at Phantom Lodge, followed by a trek out the next day to the fantastic North Rim.

Join me on a trip down memory lane, or explore for the first time what spectacular sites and experiences could be yours. Click on the links below to be transported to the wonderland of Bryce Canyon, the spectacular Angel's Landing in Zion National Park, the natural bridges in Arches National Park, the cliff dwellings of the Mesa Verde and the spectacular sandstone formations of Monument Valley. Then be prepared for the breathtaking experience of the Grand Canyon, the magnitude of which is difficult to comprehend even when you stand at the Rim trying to take it all in. Fasten your seat belts and you're on your way: