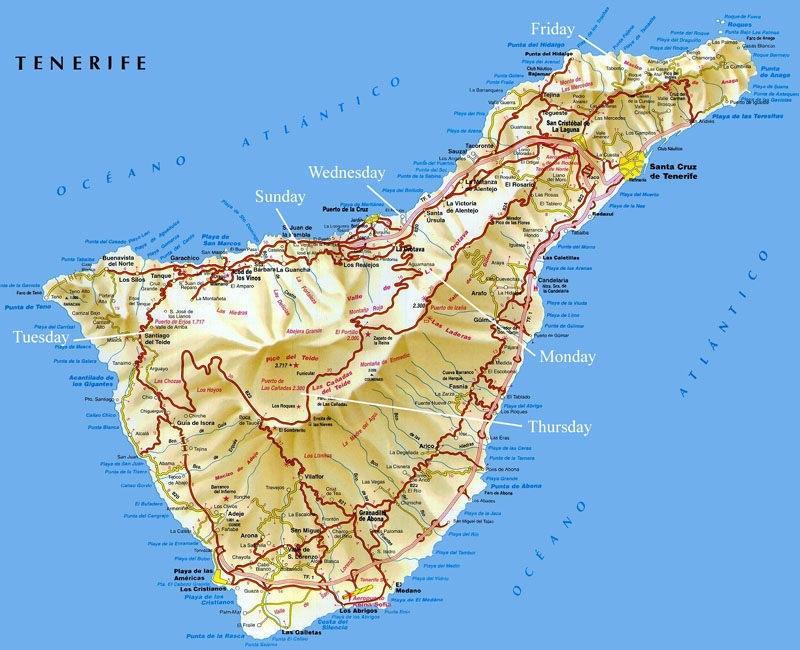 By the beginning of December, and with my holiday to Annapurna cancelled, it was time to look for some sun in the New Year. Eventually deciding on Tenerife I booked a week with HF Holidays. A four hour flight was followed by a one and a half hour coach journey from the southern airport to Puerto de la Cruz on the northern coast. Well, that was the plan but overheating problems had us stopping in Santa Cruz to change coaches, arriving at the Hotel Parque San Antonio somewhat later than expected.

The first day saw us walking directly from the hotel into town, then using public transport to walk further afield. On other days we used the coach to travel to our starting points and back from the finish points, but as Wednesday was a free day a walk along the coast was in order. While we didn't see as much sun as I had hoped, the weather did improve as the week went by and showed its true colours by the time we were leaving!